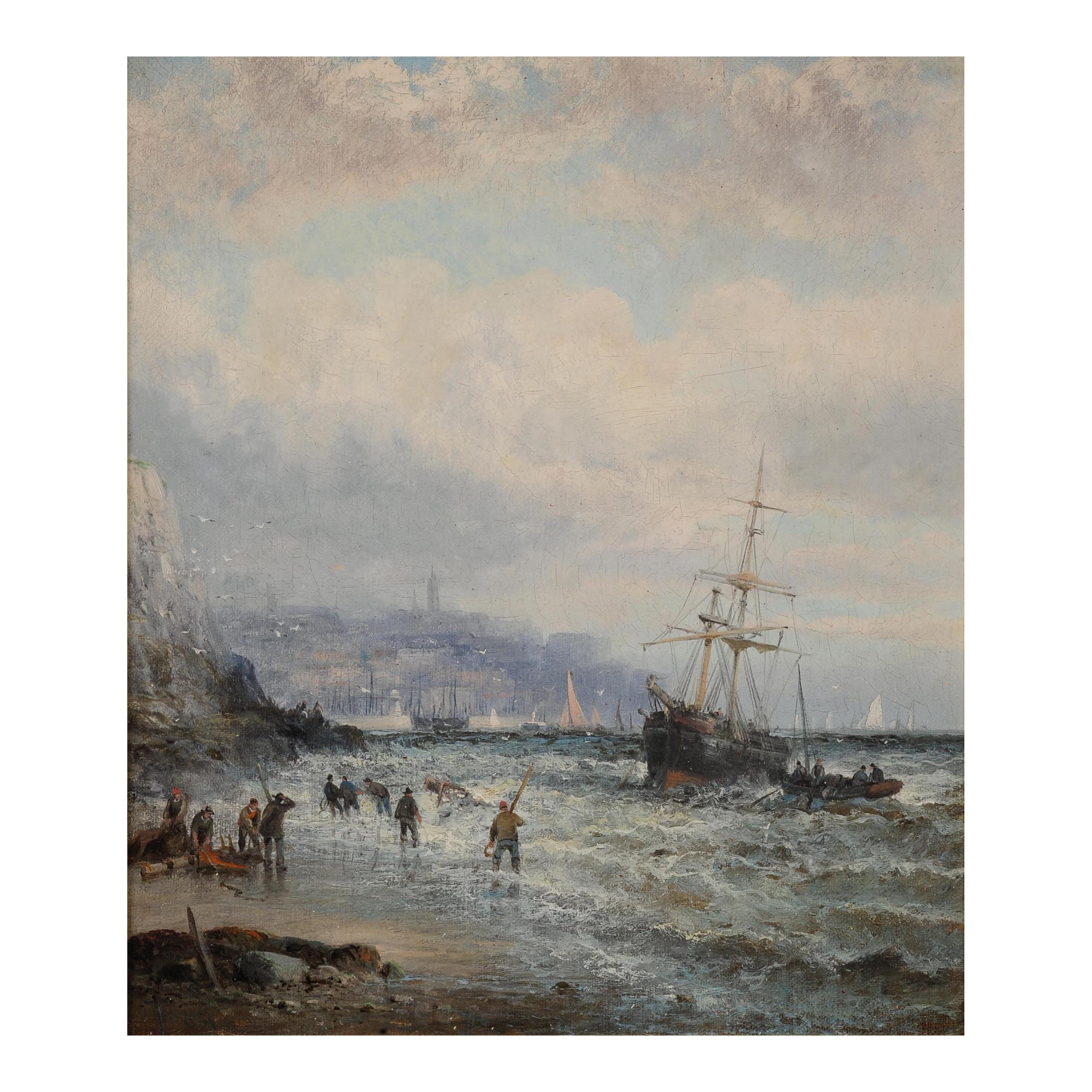 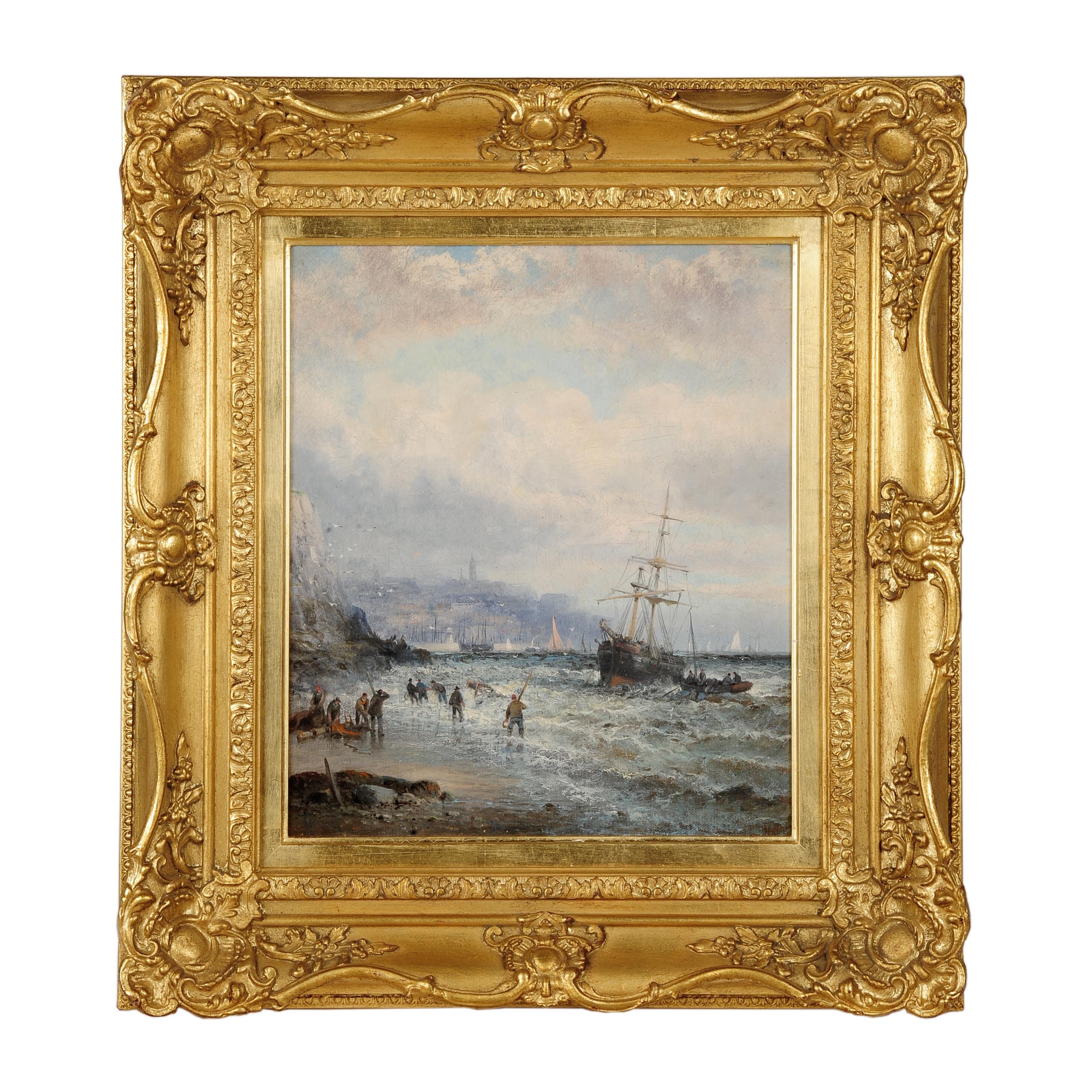 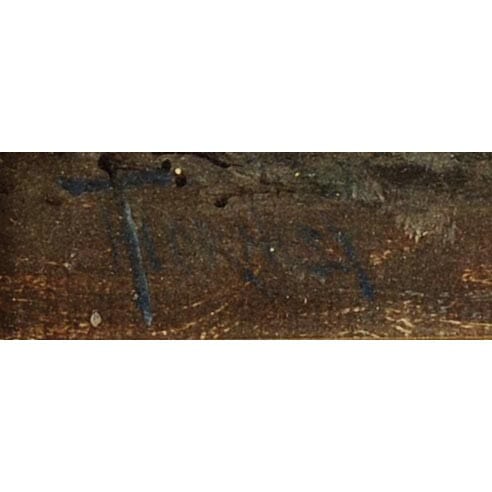 Description: "A Breezy Day at Scarborough" - a finely detailed coastal marine painting of cargo off loading via a small rowed tender from a coastal cutter, with sailors working hard against the breeze and choppy sea. Set against a backdrop of Scarborough in East Yorkshire and painted by a man who was a master of his art, but also liked to confuse with the use of variations of his name in his professional life - William Thornley.

Further Information: According to art historian Denys Brook-Hart, Thornley was actually a man called Charles Thornley who worked from an address in Paddington London, but later moved to Rochester in Kent. Although called Charles, his most known name was William Thornley, he would sell and exhibit his pictures under the names Charles Thornley, William Thornley, Hubert Thornley or variations of Thornbery, all these painters actually being the same man. Thornley flourished from 1859-1898 and exhibited at Royal Academy throughout this period. He also exhibited at the British Institution from 1861 till its closure in 1867. His style was very distinctive and no matter what name he used to sign a particular painting, all his works were delightfully executed with atmosphere, presence and great detail.

Condition: Excellent. The painting has been lightly cleaned and old re-lining.