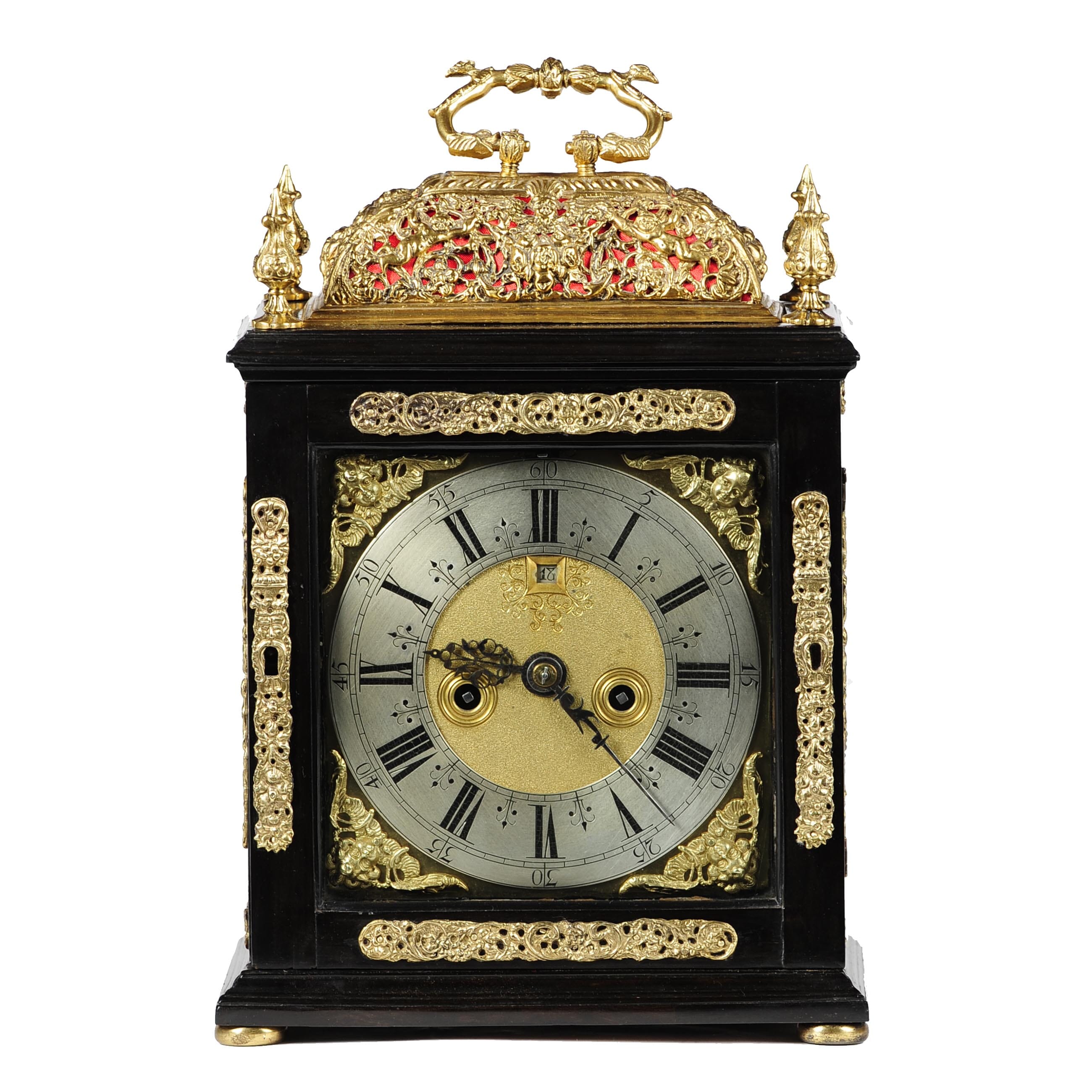 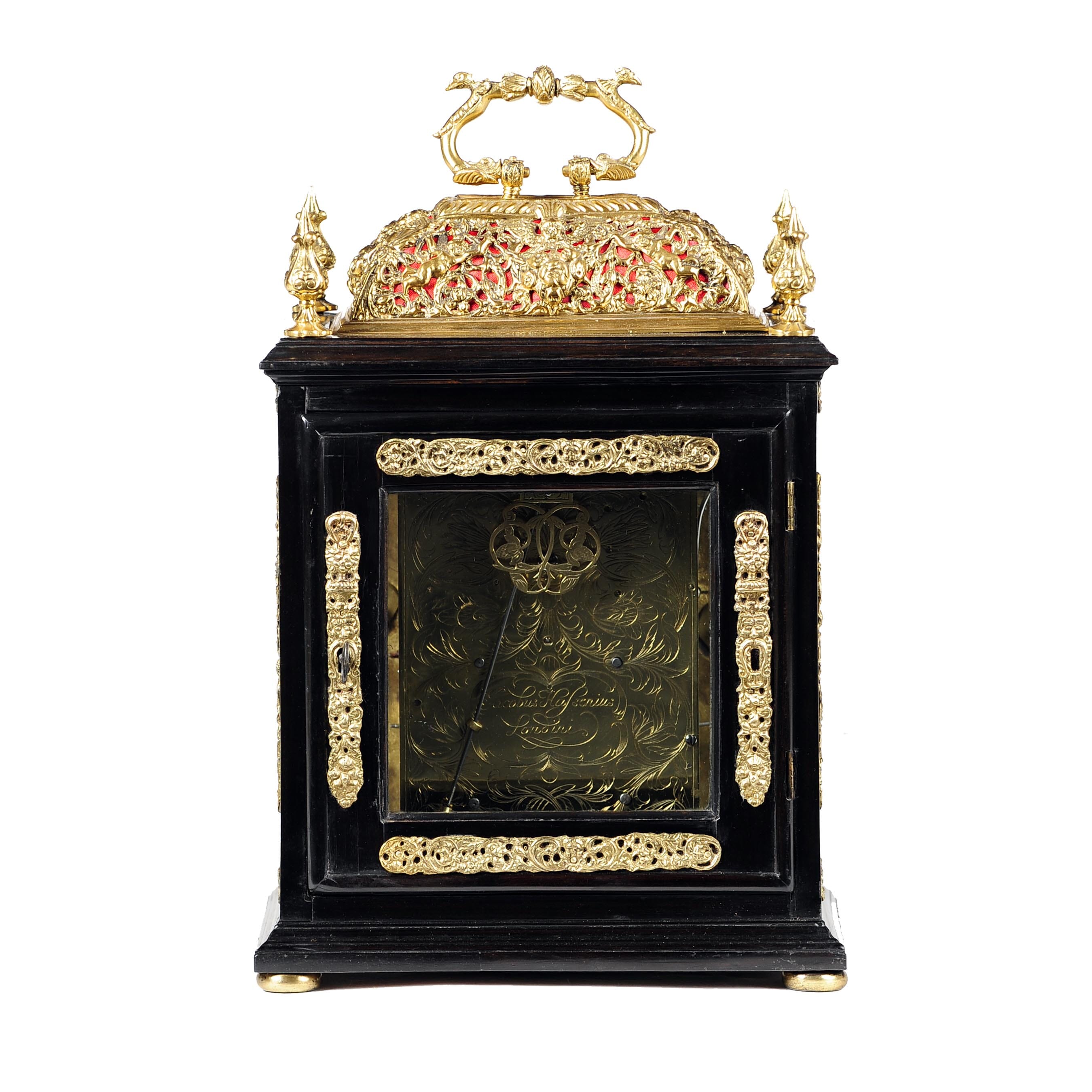 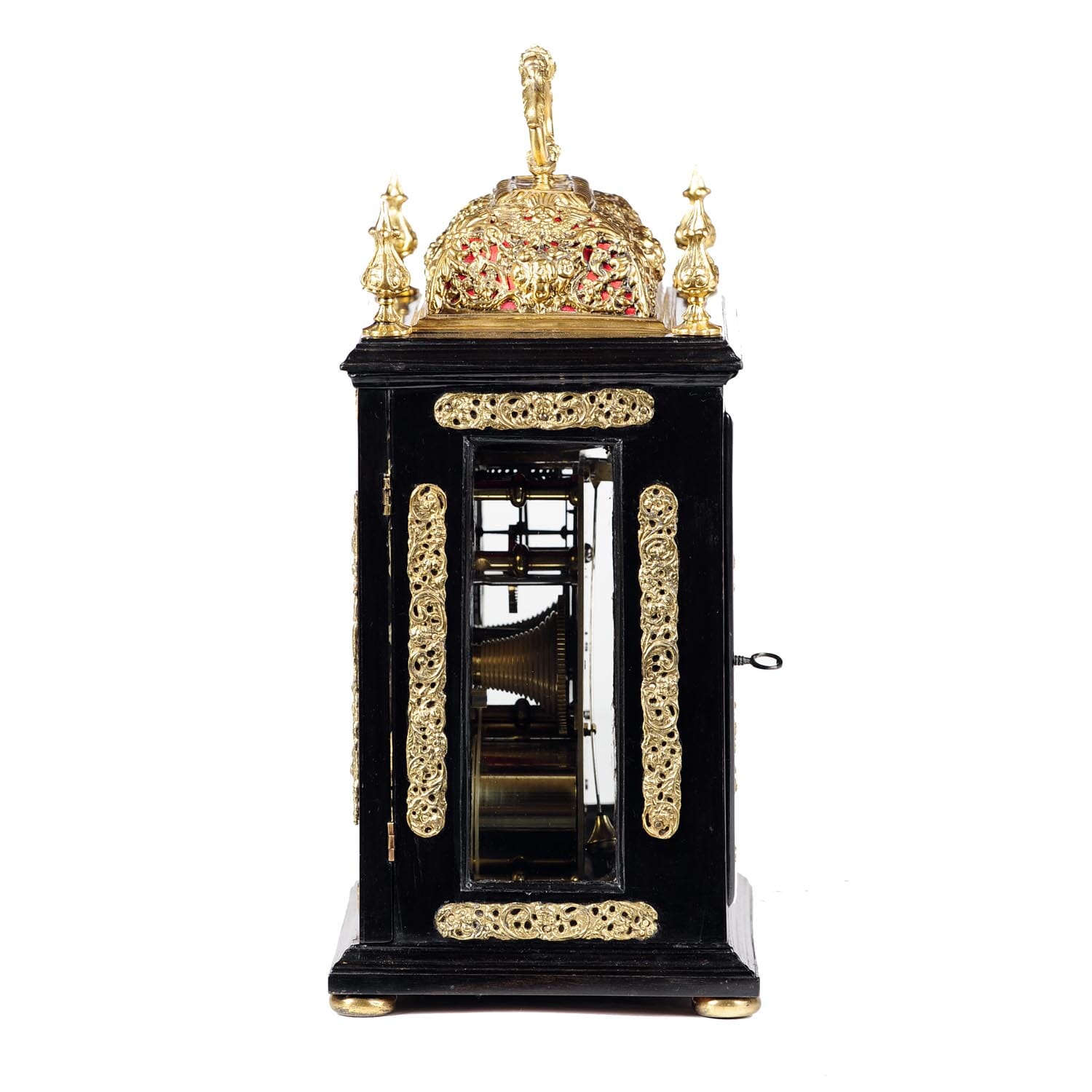 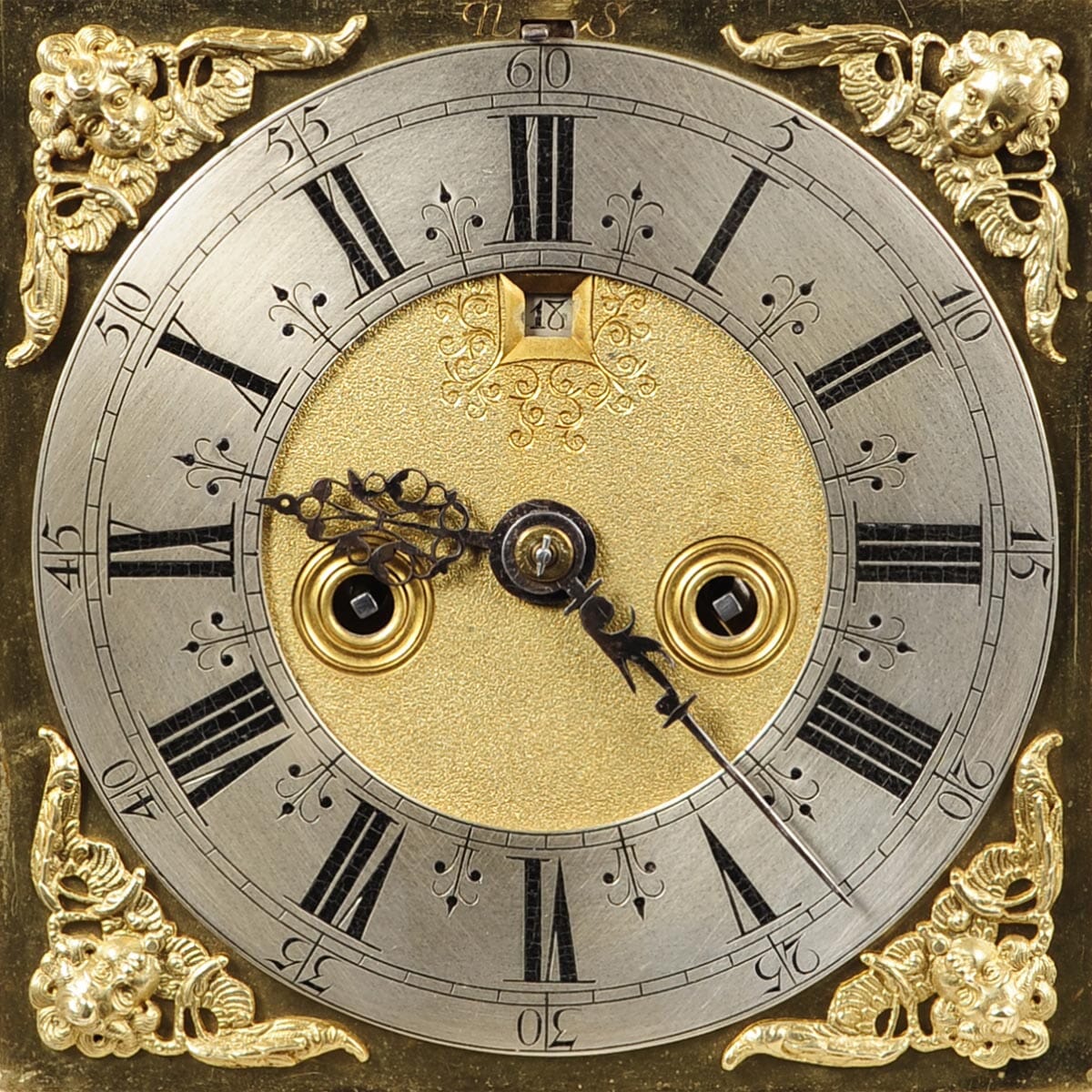 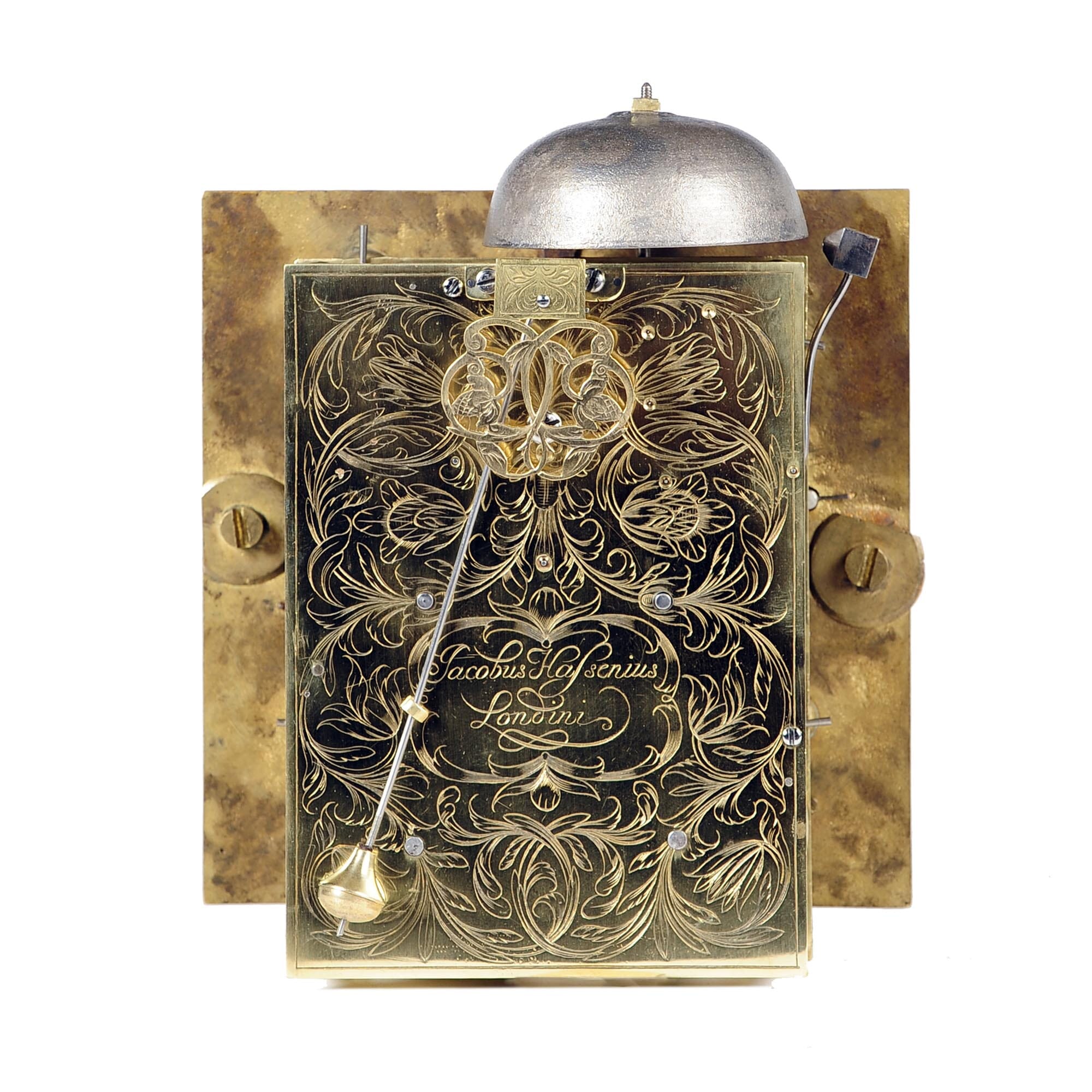 Further Information: Jacobus Hasseniues a Russian emigre, originally a watchmaker in his home country, was made a Free Brother of the Worshipful Company of Clockmakers in Jan 1682/3. Hassenius returned to his native Russia in 1698. The fact that his departure was in the same year that Peter the Great visited London is unlikely to be a coincidence. Peter the Great was interested in scientific and technological development, visiting the Royal Observatory at Greenwich and the Royal society amongst others. In 1698 Hassenius was granted a warrant " to pemit J. Hassenius to export to Muscovy for the use of his Imperial Majesty the Czar of Muscovy 13 clocks , 3 large or long clocks, a great table clock and some tools his majesty bought in the Strand ". Undoubtedly Hassenius' experience of working in London would have been highly valuable to the Tsar and Hassenius would have been obliged to return to his homeland. Peter the Great returned to Russia with some 60 master craftsmen from London, including Hassenius, who reportedly then found it very difficult to leave Russia in later years.

Origin/Age: English, William & Mary, circa 1690. Jacobus Hassenius is listed by Baillie?s Clockmakers of the world as free of the clockmakers company in 1682. Maker to the Tsar or Russia.