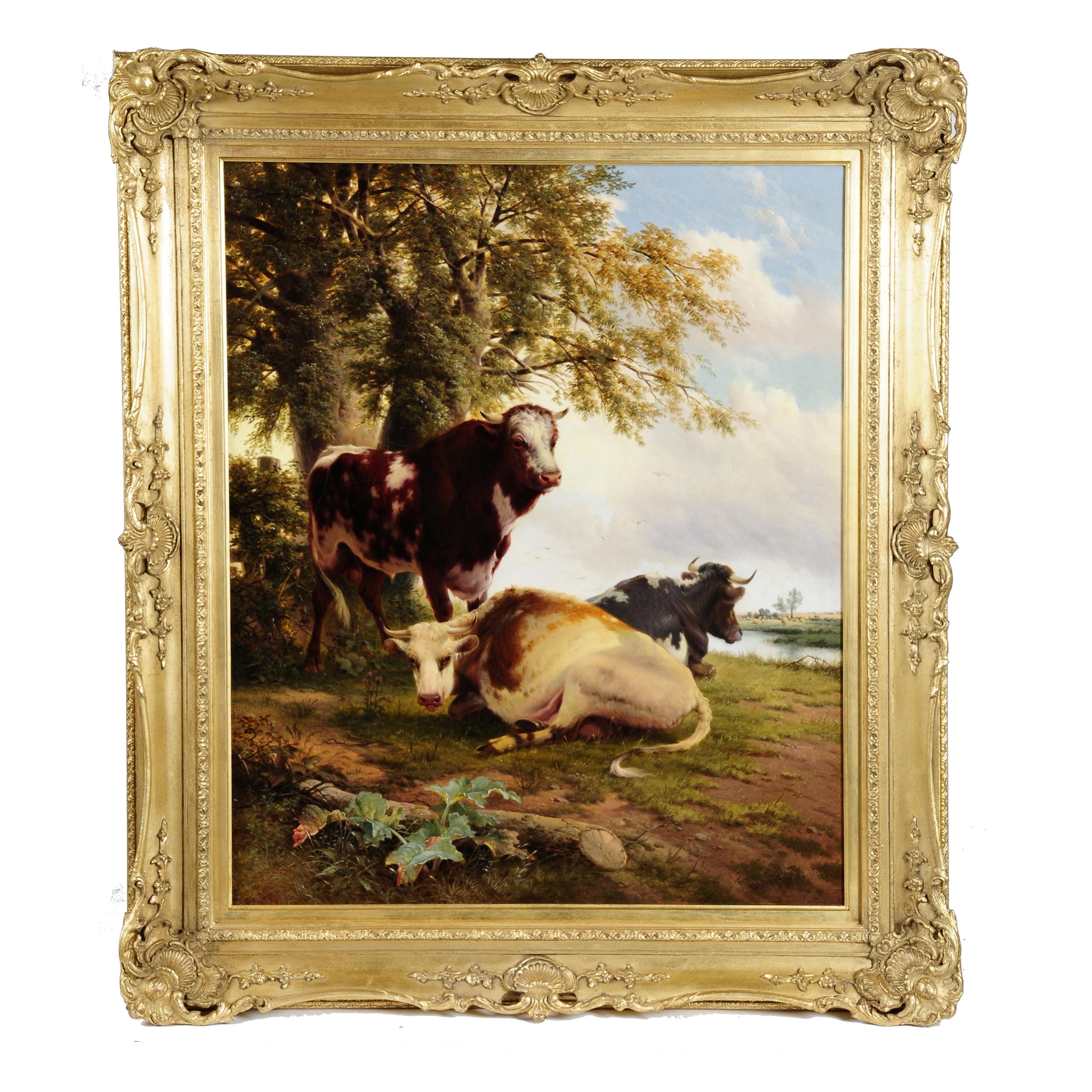 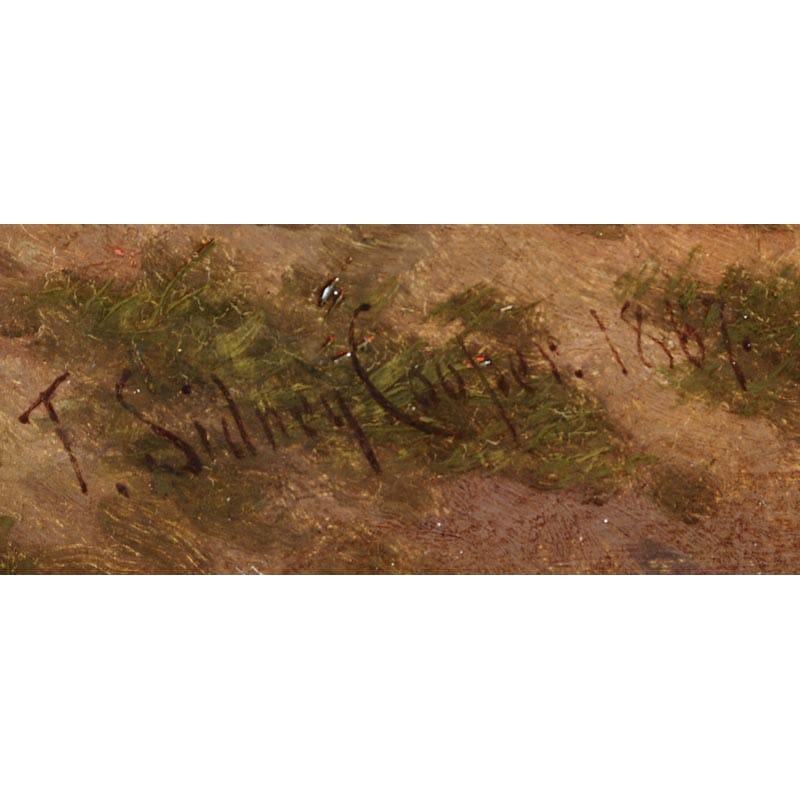 Description: A beautifully painted observation of a bull and two cows enjoying an "Afternoon Respite", most probably in the meadows around Canterbury in Kent. A typical and excellent study by one of the 19th century's foremost animal painters - Thomas Sidney Cooper.

Further Information: Born in Canterbury in 1803, his early life was marred by poverty. He was educated at the RA schools, where he was encouraged by Sir Thomas Lawrence. In 1827 he moved to Brussels where he taught art. It was at this time he met the animal painter Eugene Verboeckhoven, who strongly influenced his work. In 1831 Cooper returned to London, and he first exhibited at the Royal Academy in 1833, before the accession of Queen Victoria, and exhibited his last picture a year after her death in 1902, a very long career. His works can be found in many British Galleries including the Tate in London. Cooper became ARA in 1845, and a member of the RA in 1867. He was like many other artists of that time; a tremendously hard worker and ultimately became very financially successful. He was also a man of some principle, in that he continued to paint individual canvases, he could simply have repeated himself and made a fortune! A very good example by a well loved artist.

Provenance: From a private estate in Norfolk.