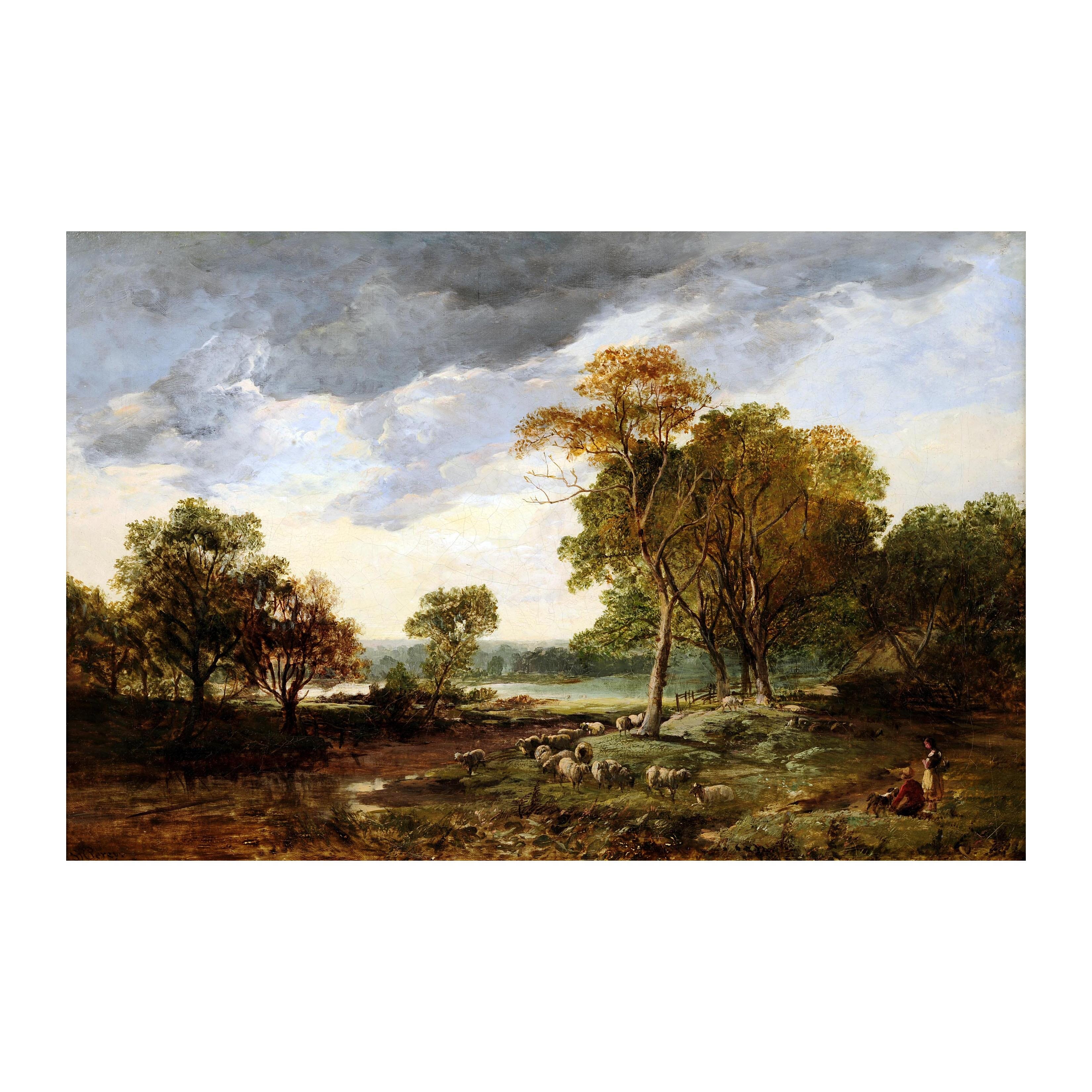 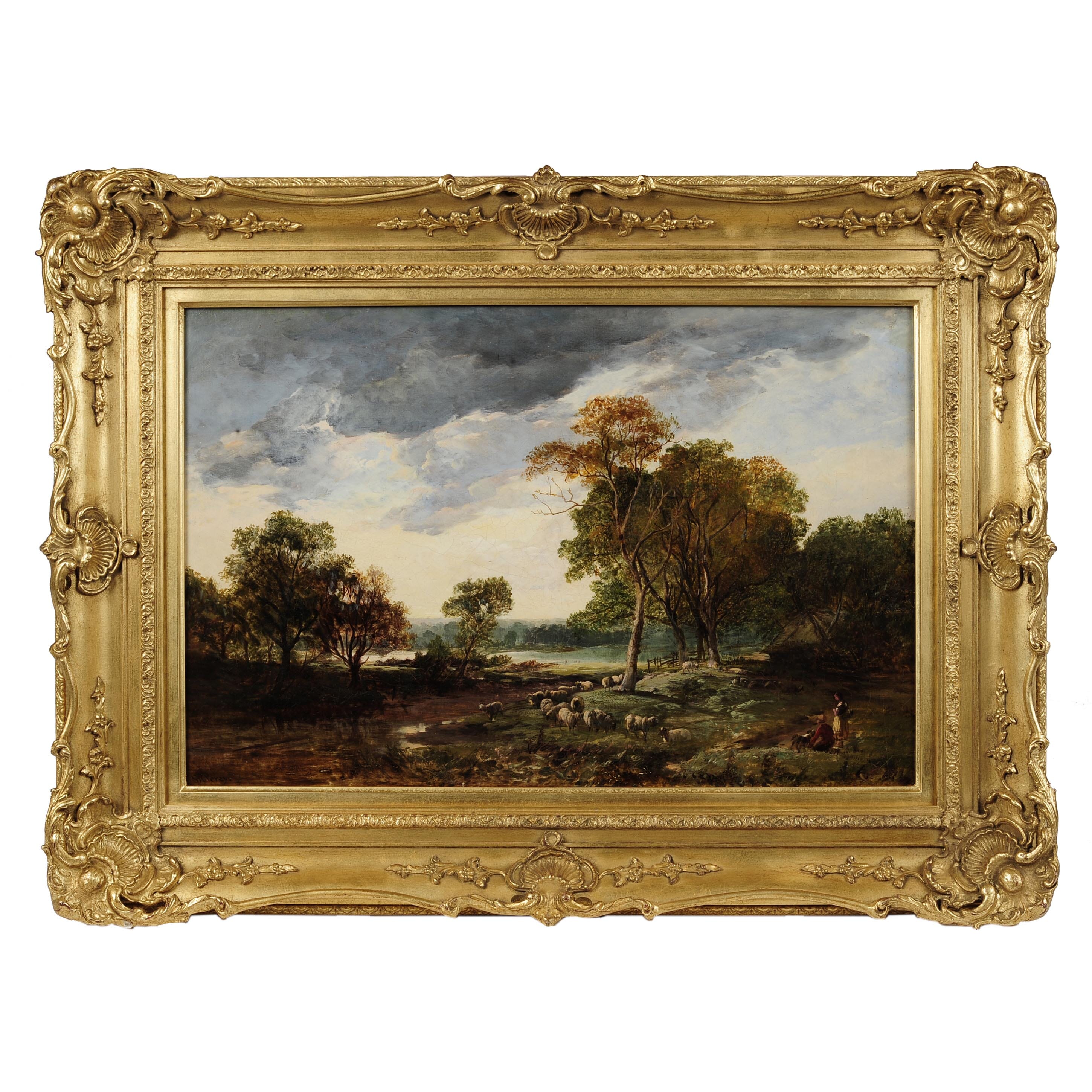 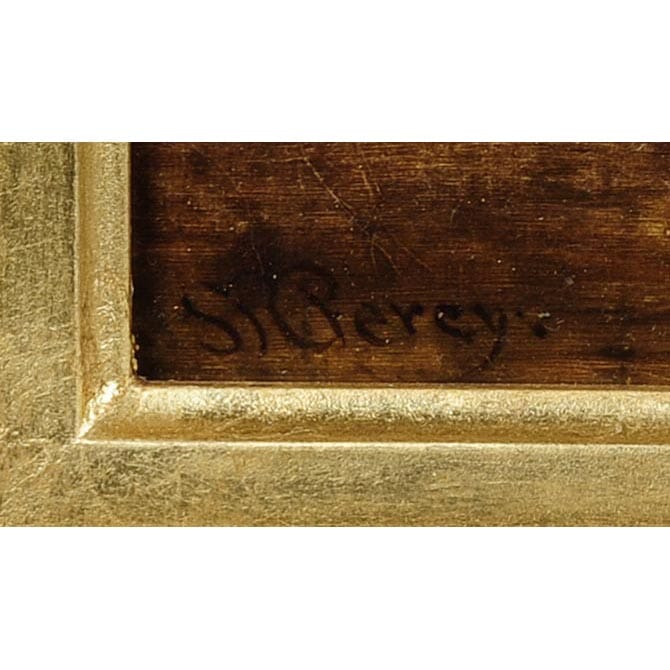 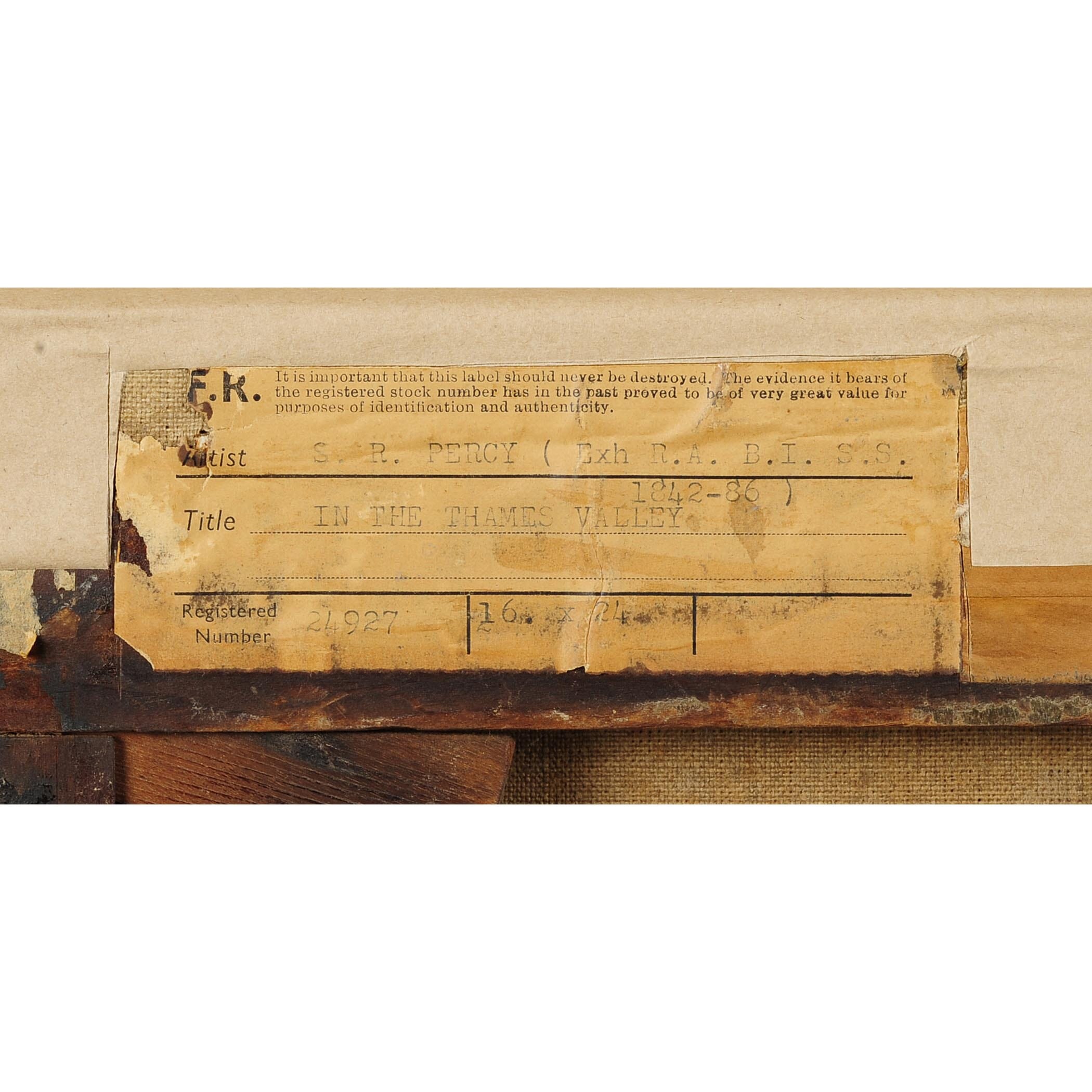 Description: A delightful and tranquil Thames Valley landscape scene of a small flock of sheep with shepherd and shepherdess and their dog, with a back drop of the Thames in the background, painted by renowned landscape painter Sidney Richard Percy.

Further Information: Born in London, 5th son of Edward Williams of the famous William's family of painters, Sidney began his career when his elder brothers were already well established. His very early work was signed Sidney Williams but at 20 adopted the surname Percy, under which his paintings of Home Counties, Devon, Yorkshire, the Lake District, Skye and North Wales, were to achieve a greater popularity than those of any other member of the Williams family.

When Sidney married in 1863, he and his new family settled in Buckinghamshire. Their Regency home, Hill House was ideally placed for the study of the English wooded landscape, as it looked across the Misbourne Valley to the beech woods and beyond. Percy reached the peak of his popularity as an artist during the years he spent there and was able to support the extravagant tastes of his wife

Percy's palette was bright and realistic, his style meticulous and highly detailed, with a natural air and look to all his work. He regularly exhibited at the Royal Academy (1842-1886), and the British Institute. His works are also found in museums and galleries such as the Victoria Art Gallery, Bath; the National Museum of Wales, Cardiff; The Museum of Fine Arts, Canada; and museums and city art galleries in Leicester, Nottingham, Sheffield, Sunderland, Salford and York. S.R. Percy was probably the most accomplished and best known of the Williams family of painters.

Condition: Excellent. The painting has been cleaned.