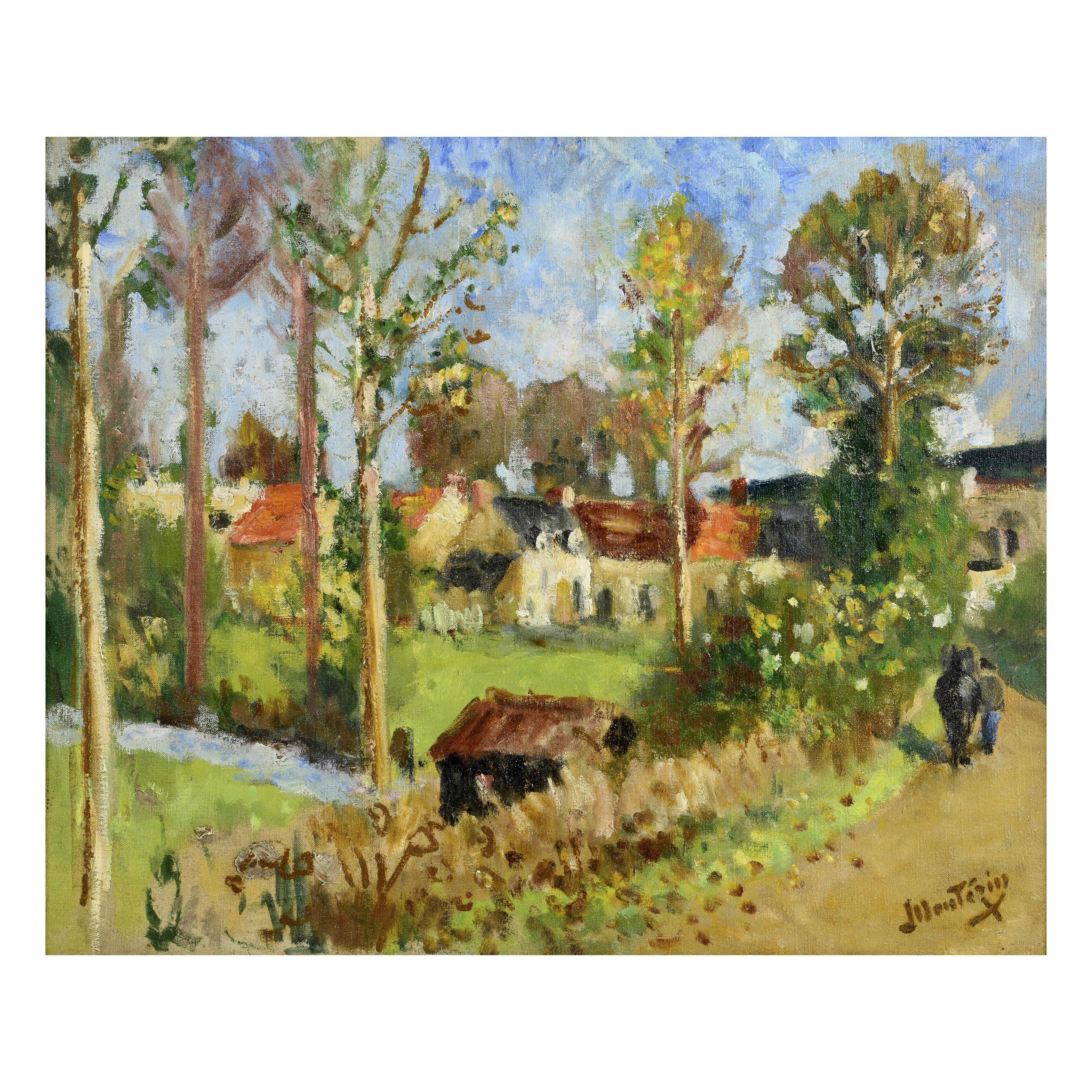 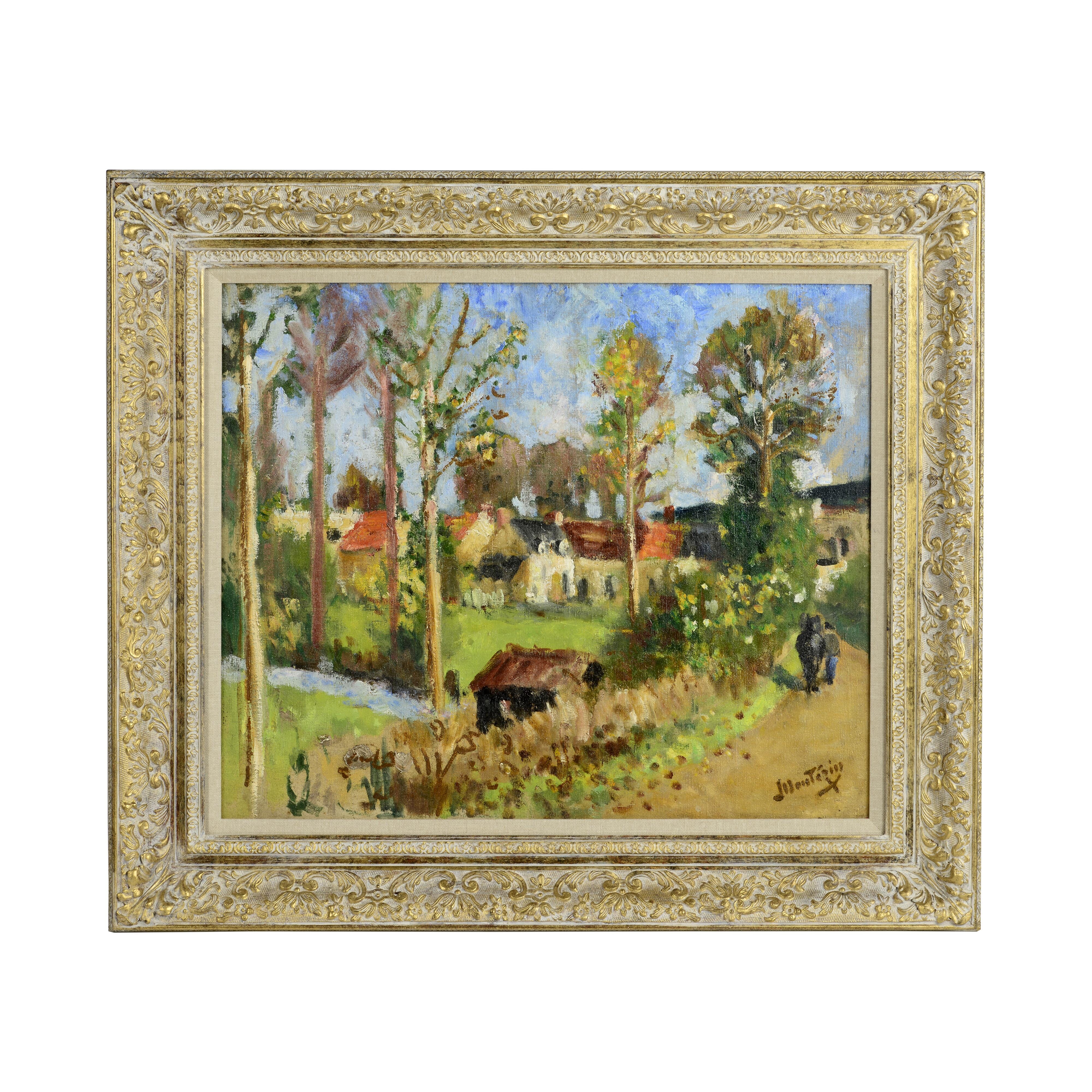 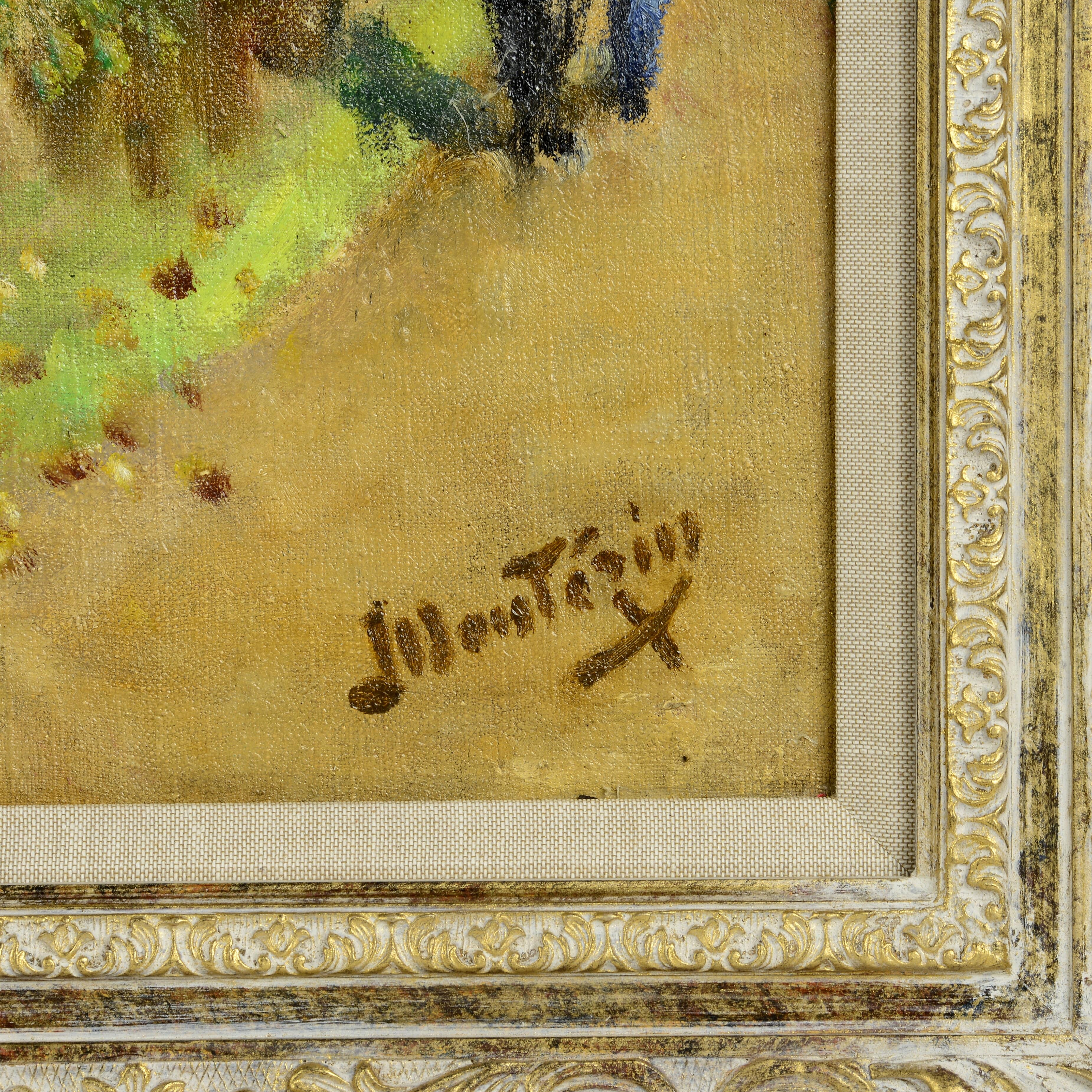 Description: A sunny afternoon in rural France and a man walks his horse home after a mornings work in the fields. An enlightening work by a man who's style was a continuation of that of the Impressionists, distinguished by spontaneity of brushwork and a clarity of light - Pierre-Eugene Montezin.

Further Information: Born in 1874 in the very heart of Paris. Montezin's father was a lace designer, and he apprenticed his son to the workshop of a decorator who specialised in murals. Pierre also studied with the artist Ernest Quost (1844 - 1931), who encouraged him to embark on a career as a painter.

Childhood visits to the countryside with his father had instilled a deep love of the beauty of nature, and coupled with his admiration for the work of the Impressionists, inspired Pierre-Eugene Montezin throughout his long and distinguished career as a landscape painter. He first exhibited at the Paris Salon in 1903 and continued to do so, being awarded a third class medal in 1907, and a second class medal in 1910. After serving in the First World War, on his return to painting, he spent a year at Dreux and Moret-sur-Loing, concentrating on the rivers, villages and agricultural scenes of the region.

Montezin regularly exhibited throughout his career, being awarded the Rosa Bonheur Prize in 1920, and the Medal of Honour at the Salon des Artistes Francais in 1932. In the same year he was also unanimously elected to be the President of the Paris Salon, and had a highly critically acclaimed exhibition in Paris where 237 landscapes were displayed before the eyes of an admiring urban population.

Condition: Excellent. The painting has been lightly cleaned and re-varnished. Re-framed in an English made frame stylistically contemporary to the painting.

Provenance: Private collection New York, believed to have been bought from the London trade circa 2006.