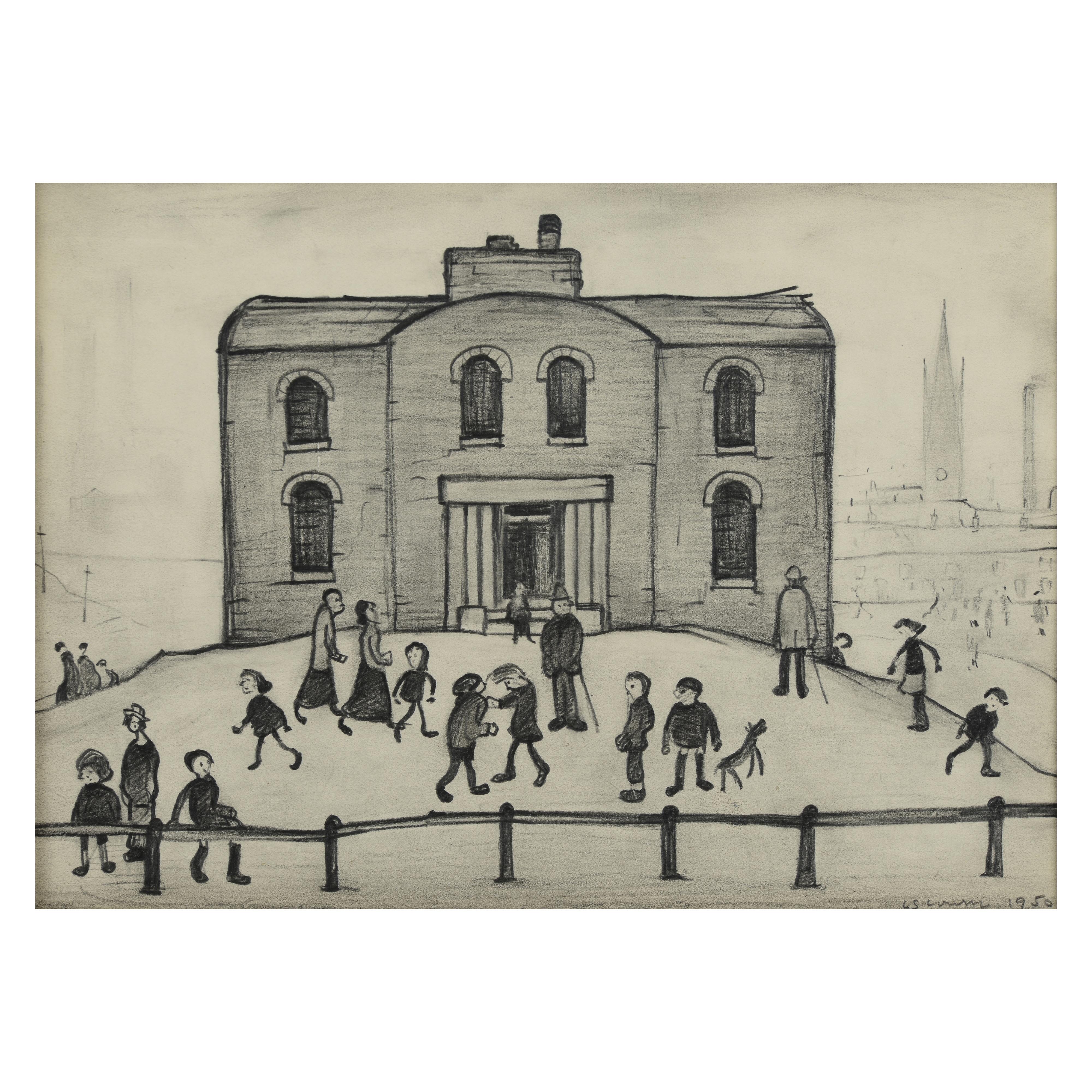 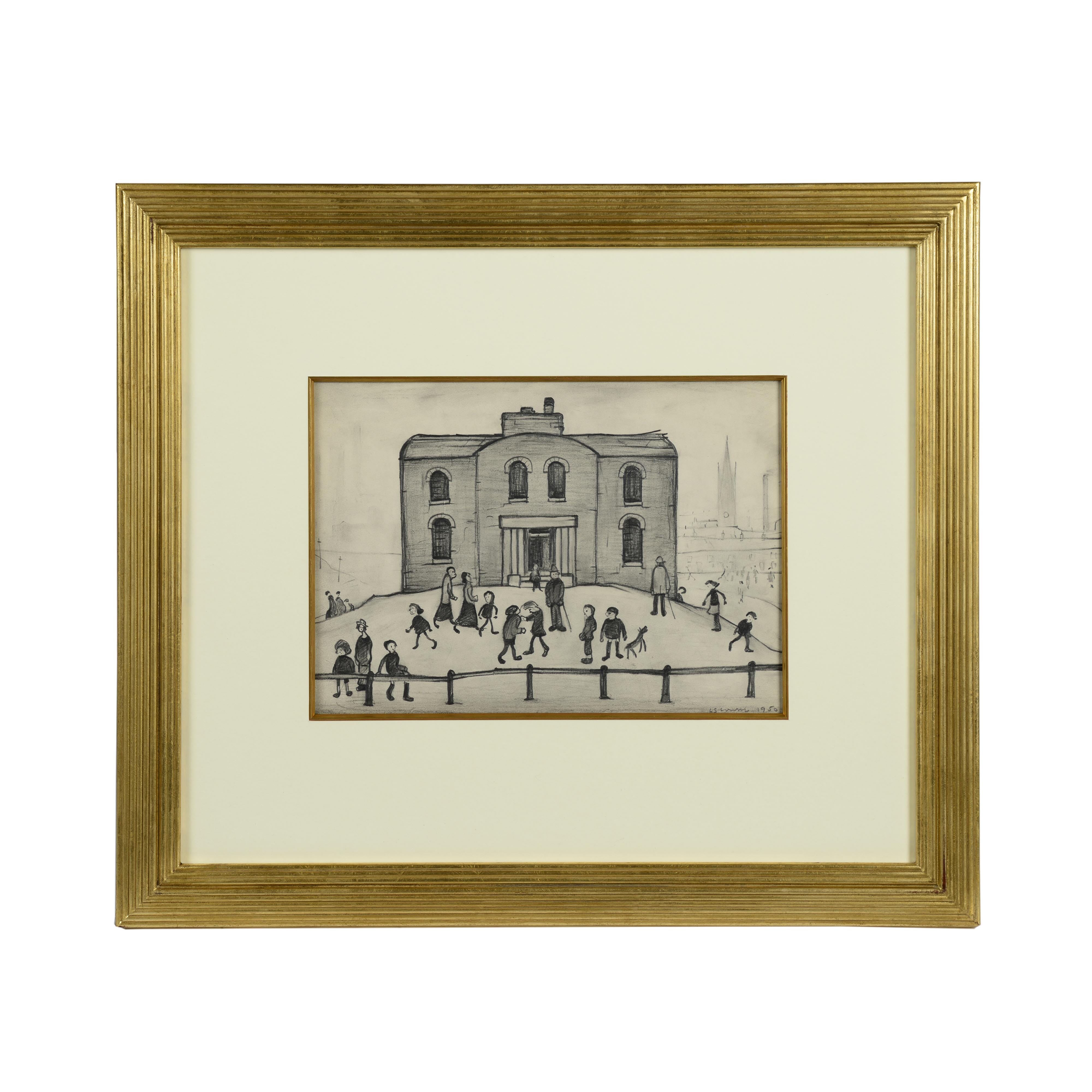 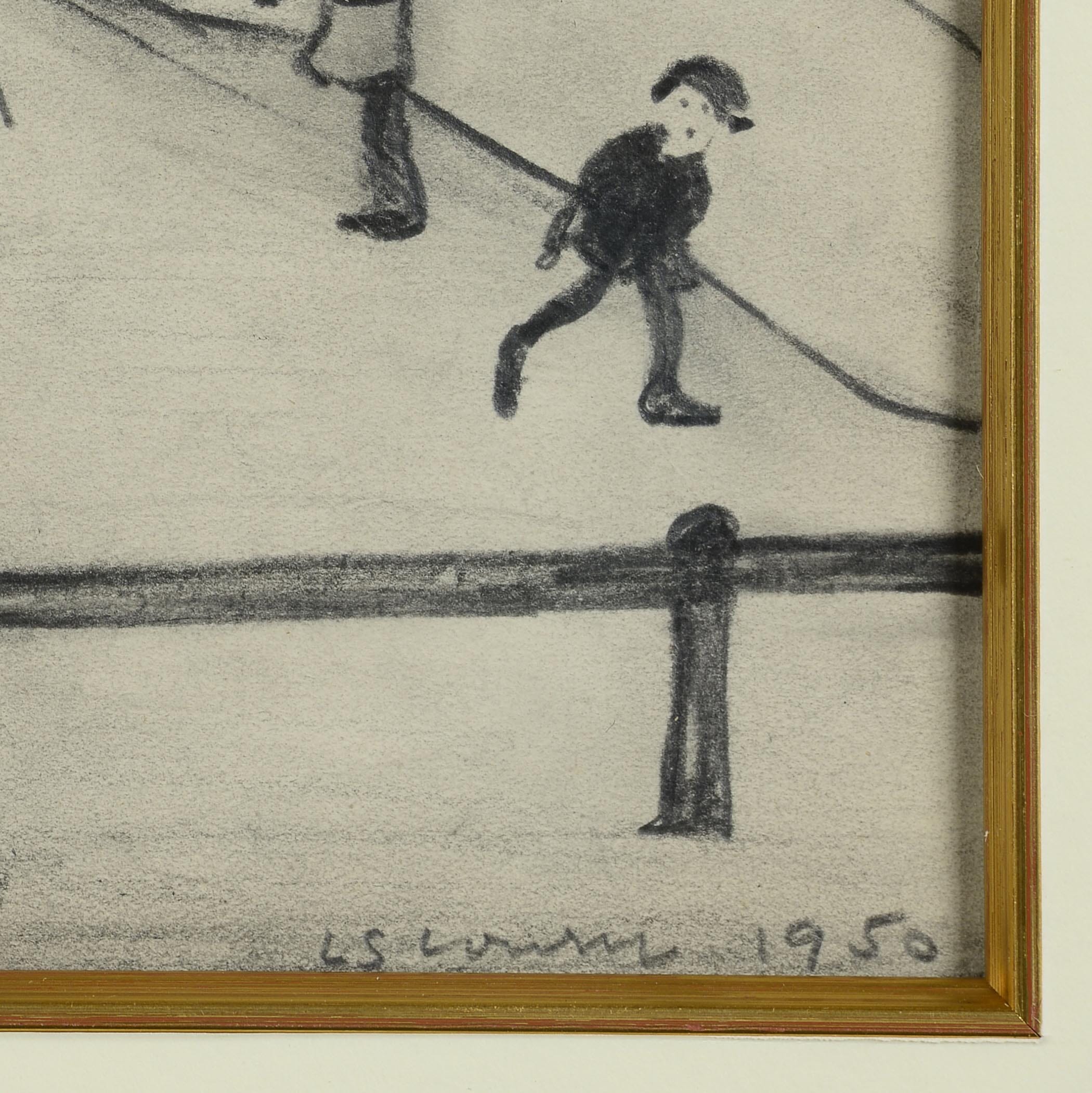 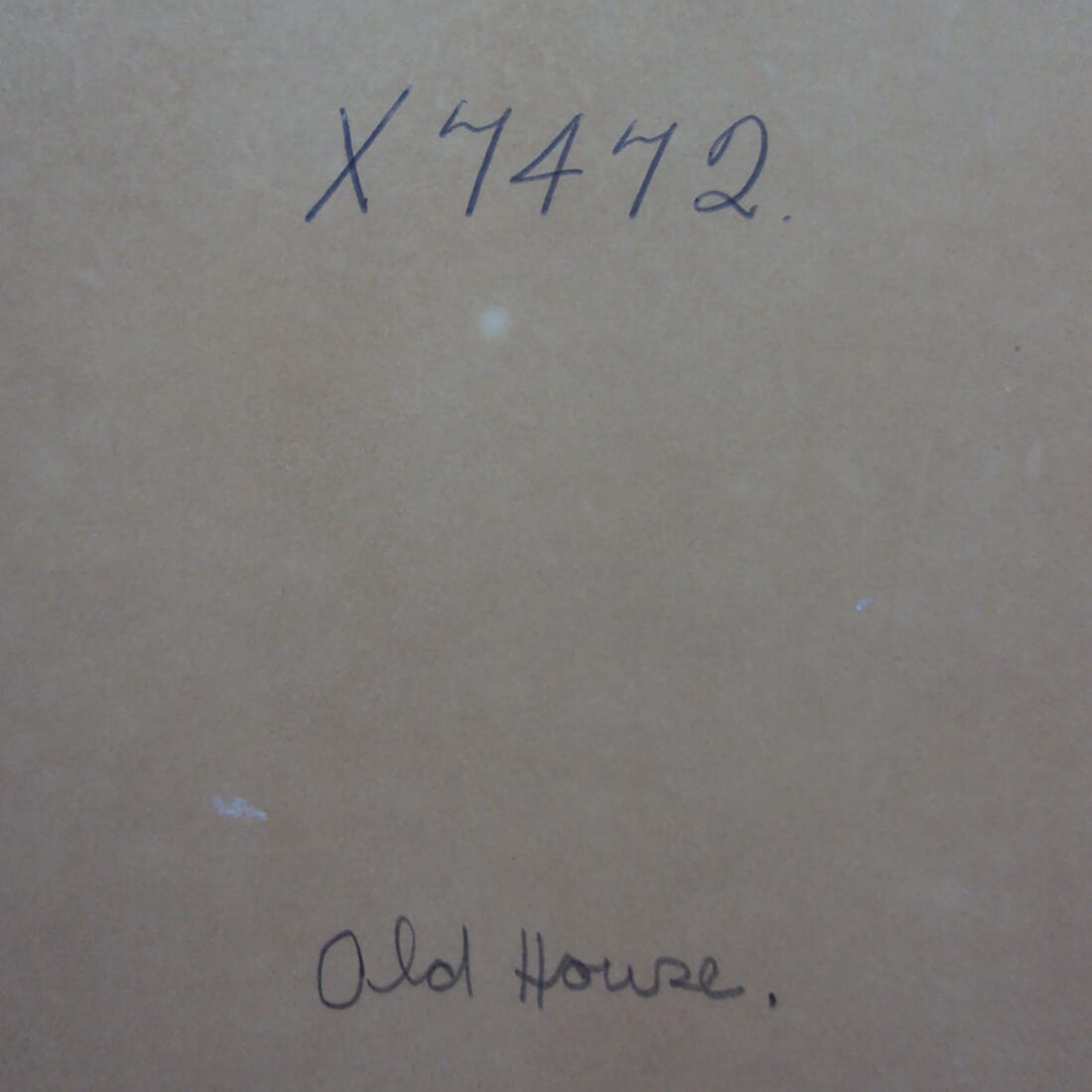 Description: An old house stands amongst a busy throng of people with a backdrop of the city of Manchester, artistically observed at the whilst at the pinnacle of his career by Britain's greatest 20th century artist - L.S. Lowry.

When "Old House" was drawn, Lowry was at the peak of his considerable talent, he had emerged from his "melancholy" period after the death of his mother, the war years were starting to fade from memory and he was just establishing himself in "The Elms" in Mottram in Longdale. He said "Most of my land and townscape is composite. Made up; part real and part imaginary [...] bits and pieces of my home locality. I don't even know I'm putting them in. They just crop up on their own, like things do in dreams." This drawing epitomises all the very best in a classic work of art by Lowry, a truly fabulous work of art.

Signed: L S Lowry and dated 1950 (lower right). Inscribed on back of drawing in artists own hand "Old House". With Lefevre stock number.