An original pencil drawing by one of Britain's most famous artists. 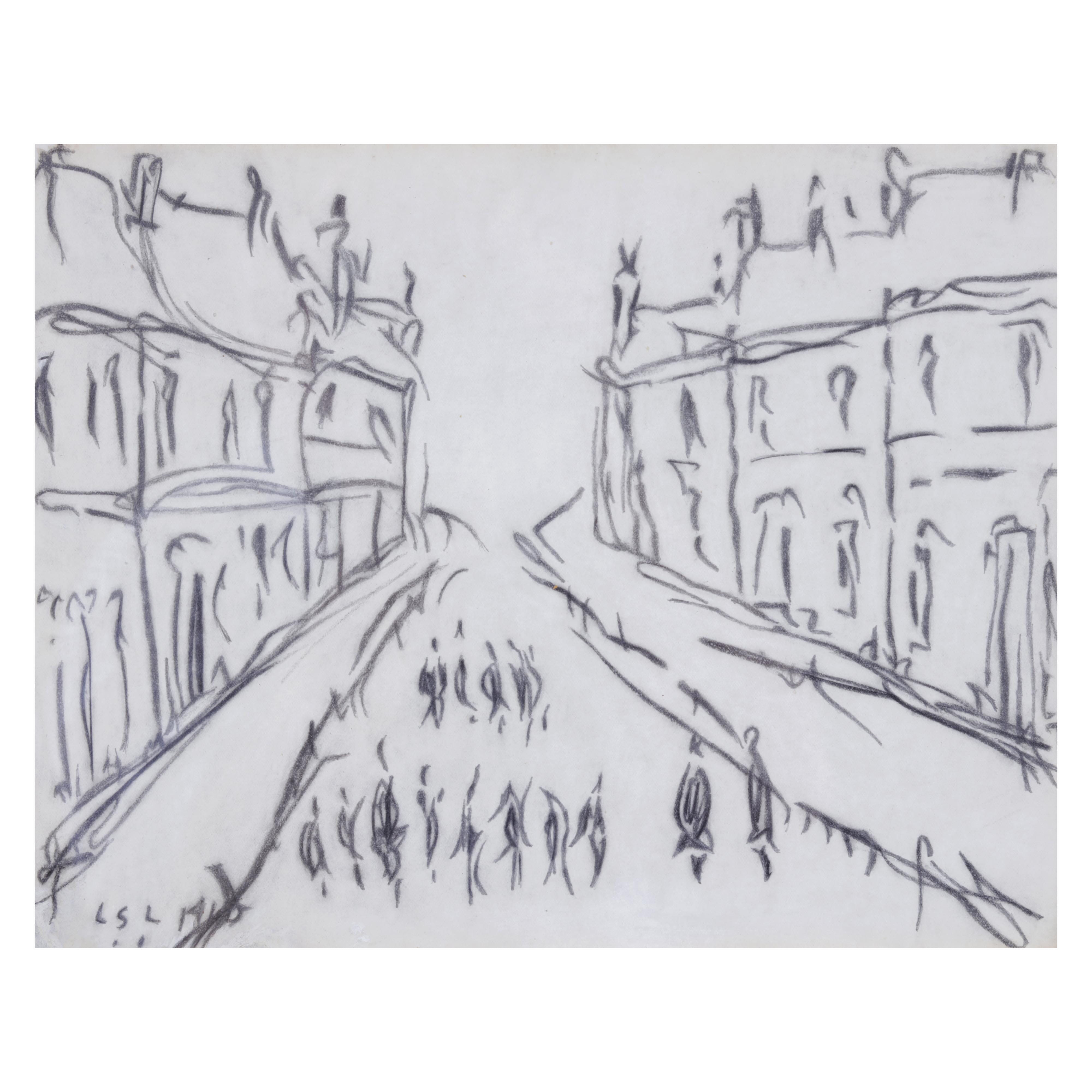 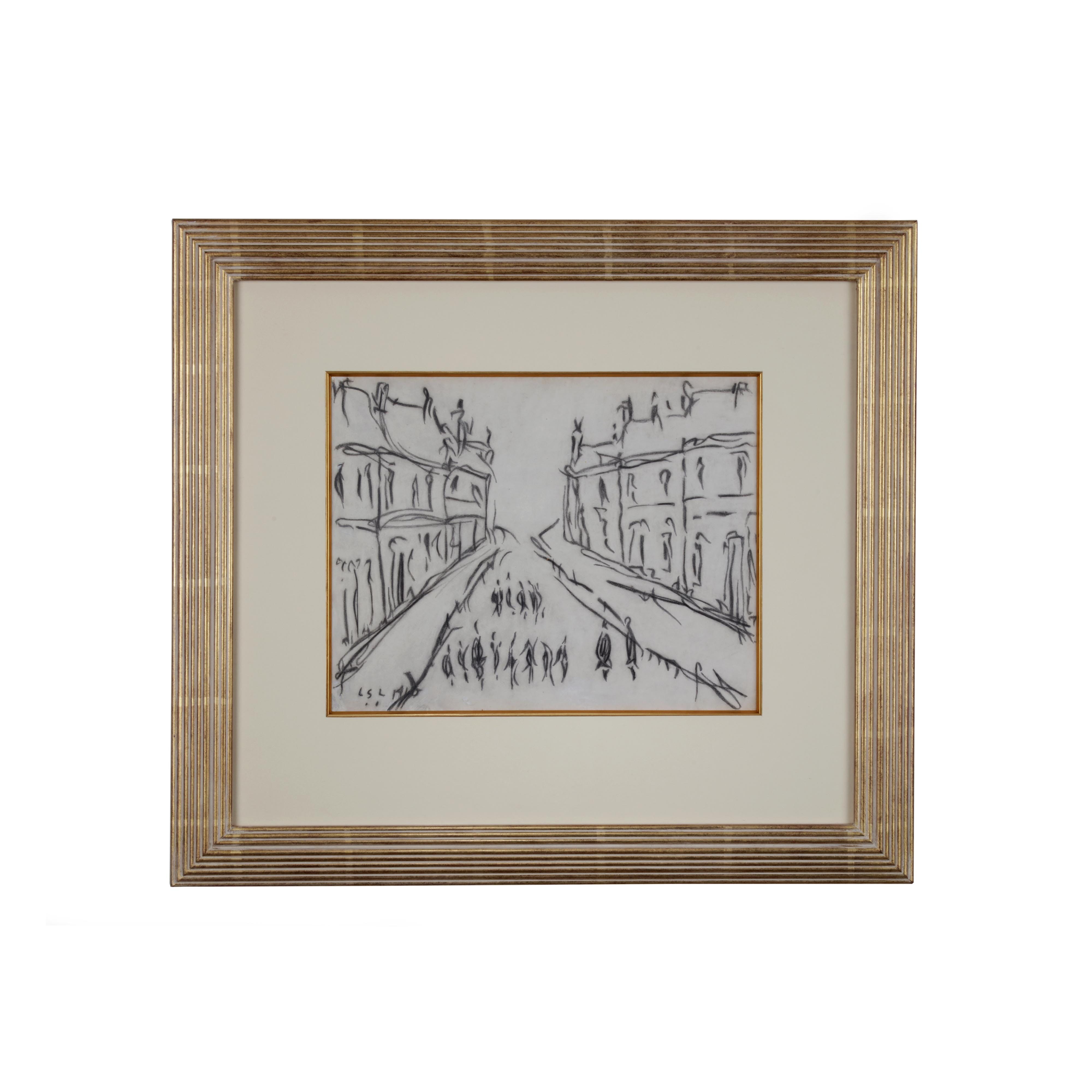 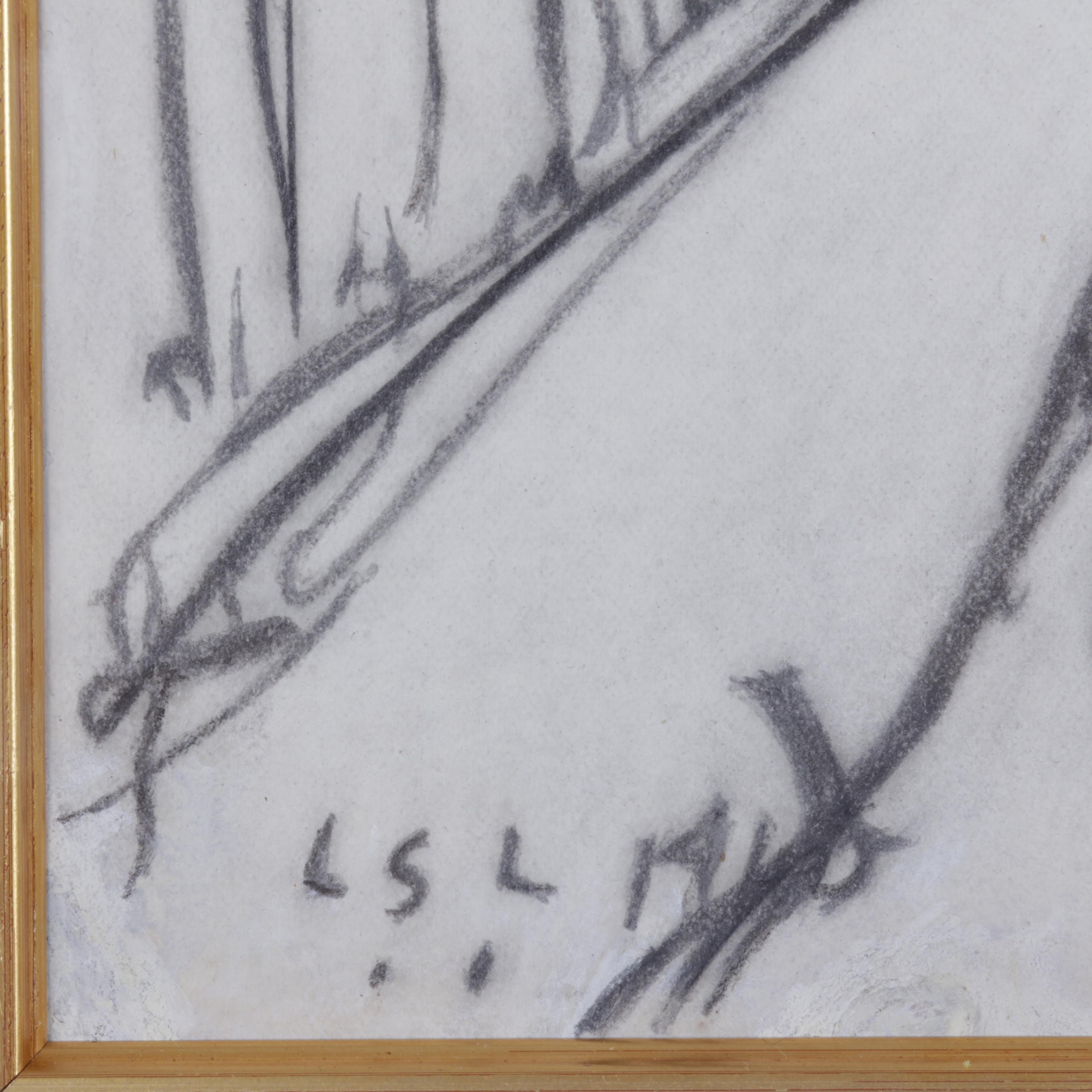 Description: A Manchester street scene drawn quickly and impulsively by one of Britain’s most famous artists - L.S. Lowry.

Further Information: Born in Rusholme, Manchester in November 1887, L.S. Lowry is unquestionably the most celebrated of British artists. His unique contribution to recording the period, culture and landscape of the industrial north is without parallel. His work is a most distinctive and comprehensive record of the pre and post World War II northern industrial town. Many people associate Lowry with “Matchstick men” which became virtually his trademark, but he also produced a large number of empty landscapes and seascapes which are now recognised as masterpieces in their own right. Later in his life he concentrated on producing paintings of figures either singly or in groups, invariably against a white background.

“Manchester Street Scene” is a typical Lowry pencil sketch, executed whilst the artist was out on his travels in Manchester observing and sketching life around him. This sketch would be his inspiration for a studio drawing or oil.

Signed: Signed with initials and dated 1965