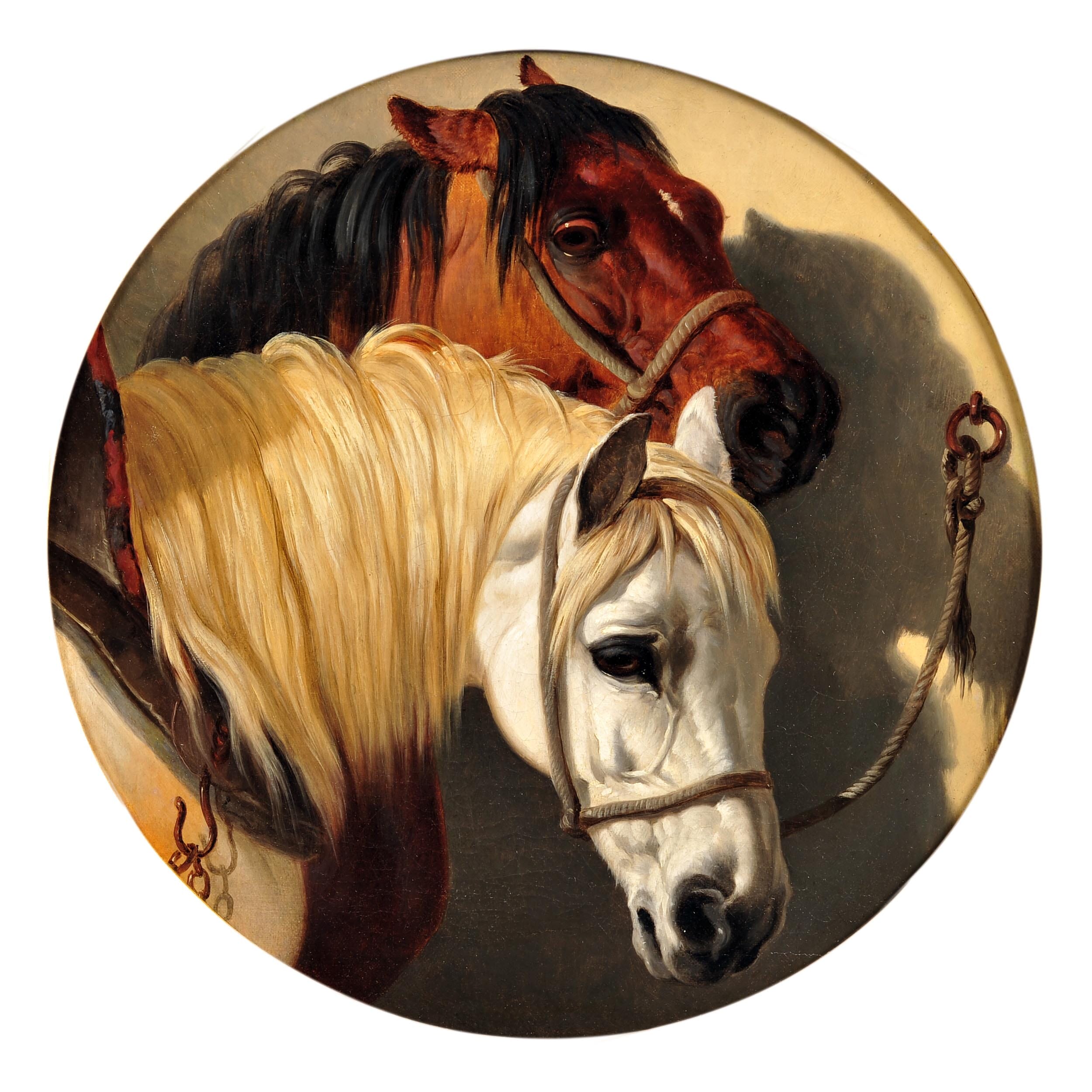 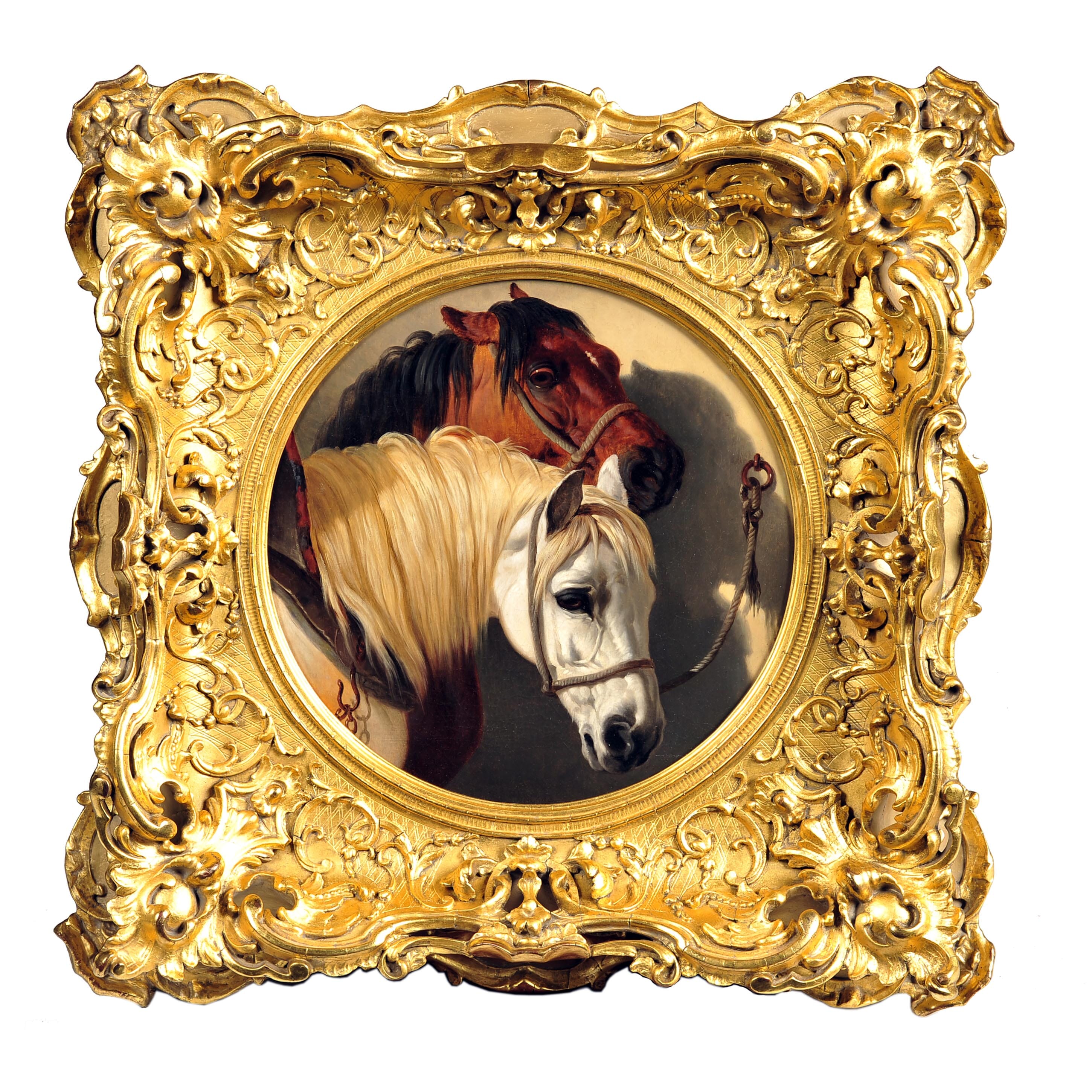 Description: "Portrait of two horses" - is a detailed observation of the heads of two horses by probably the most eminent of 19th century animal painters - John Frederick Herring. The picture painted when Herring had moved to Meopham Park, is believed to be of Herrings' own horses. The grey, Imaum, in particular was Herrings' favourite horse. Originally gifted to Prince Albert, from the Imaum of Muscat, the horse was won at auction when the Royal Household sought to dispose of their generous Arabic gift.

Further Information: John Herring was born in London in 1795, the son of a London merchant of Dutch heritage. Moving at the age of 18 to Doncaster, he gained employment as a painter of inn signs and coach insignia, spending his spare time painting portraits of horses for inn parlours. Around this time, his work was being recognized by wealthy customers receiving commissions painting hunters and racehorses on behalf of the landed gentry. In 1815 he married Ann Harris and became known as the "artist coachman". Moving back to London around 1818, Herring was given financial assistance by W. T. Copeland, who commissioned many paintings. In 1845, he was appointed animal painter to HRH the Duchess of Kent, followed by a subsequent commission from Queen Victoria, who remained a patron for the rest of his life.

In 1853, Herring moved to Meopham Park near Tonbridge in rural Kent, where he lived as a country squire. He then broadened his subject matter by painting agricultural scenes and narrative pictures, as well as his better known sporting works of hunting, racing and shooting. Exhibiting at the Royal Academy from 1818-1865, at the British Institution from 1830-1865, and at the Society of British Artists from 1836-1852, where he became Vice-President in 1842.A highly successful and prolific artist, Herring ranks alongside Sir Edwin Landseer as one of the most eminent animal painters of mid-19th century.