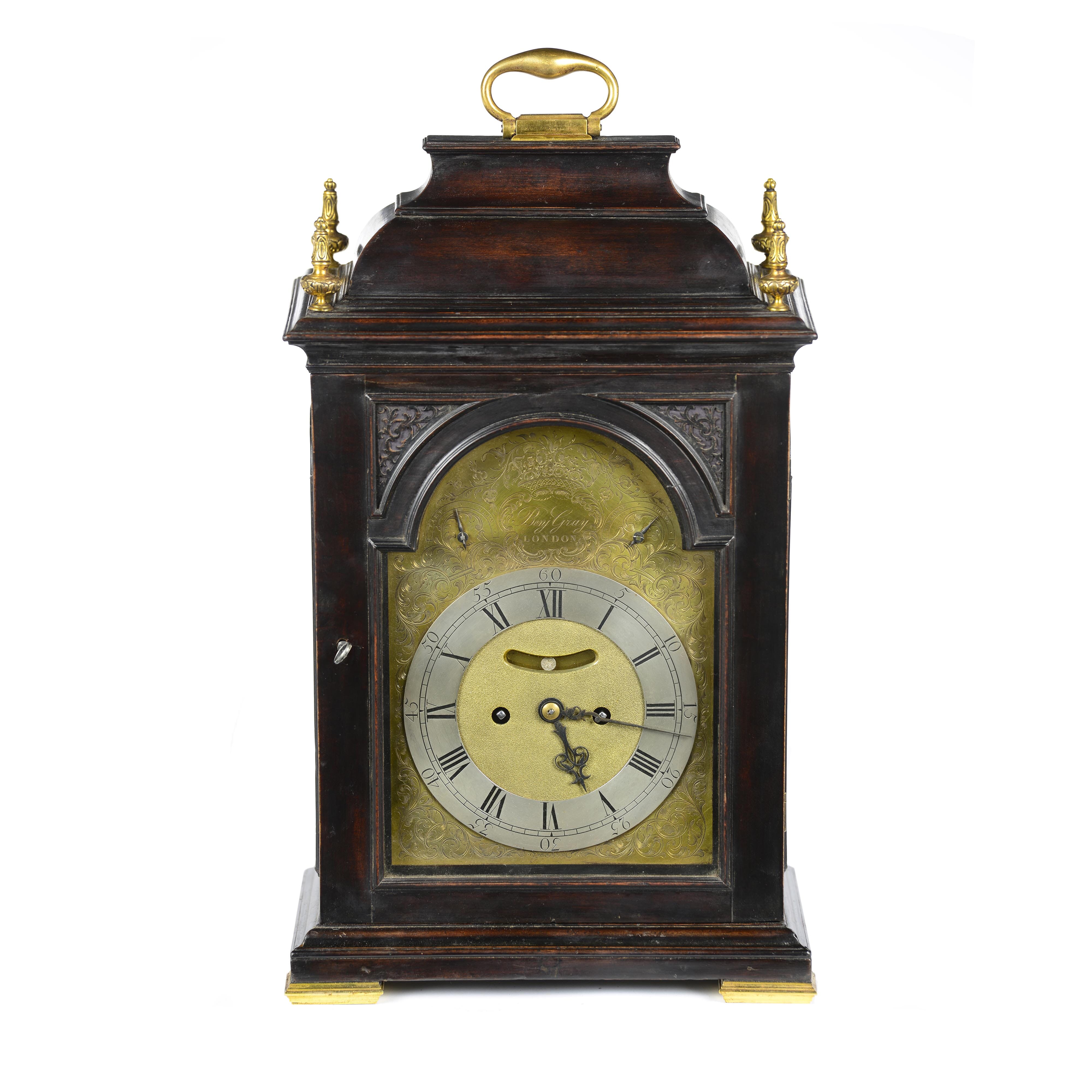 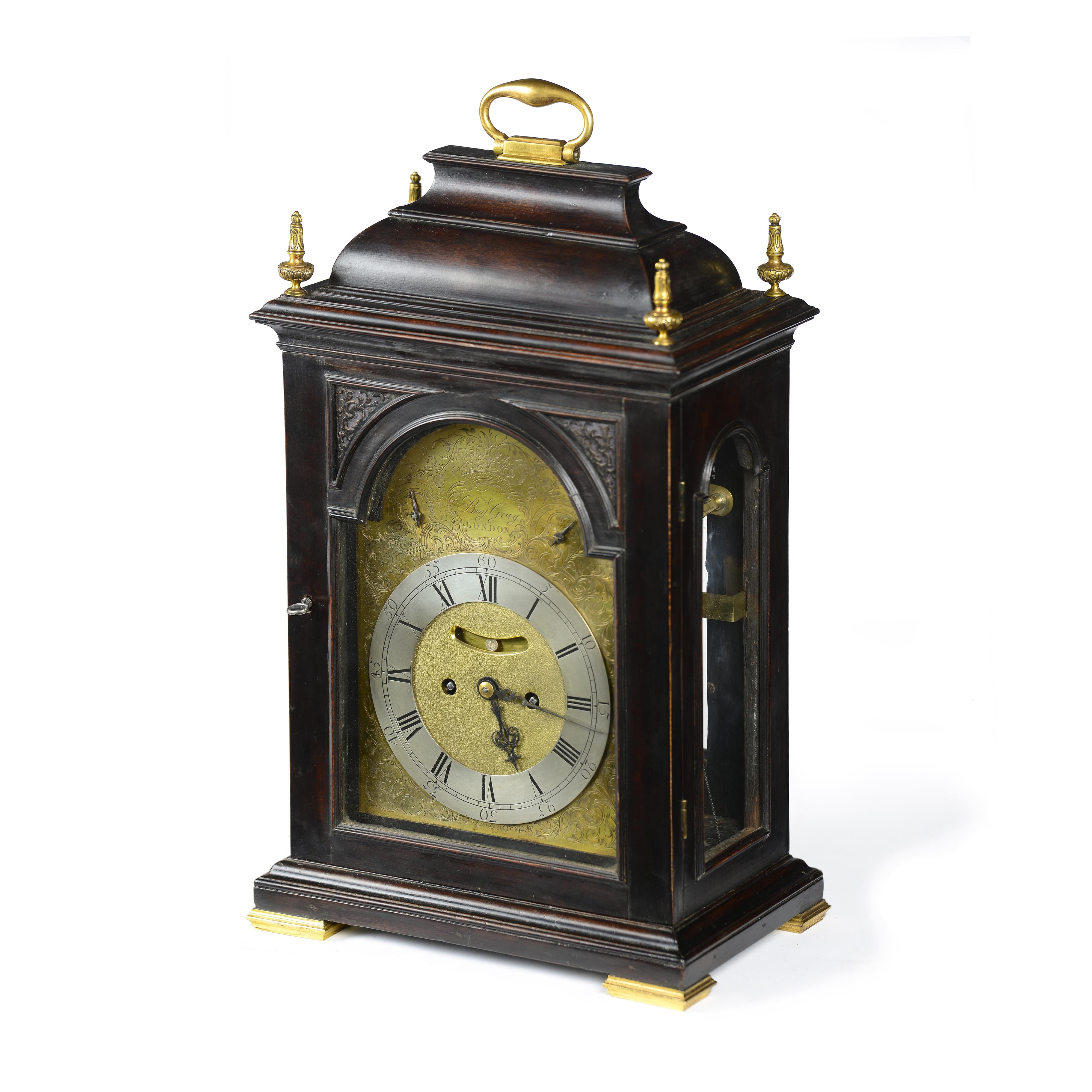 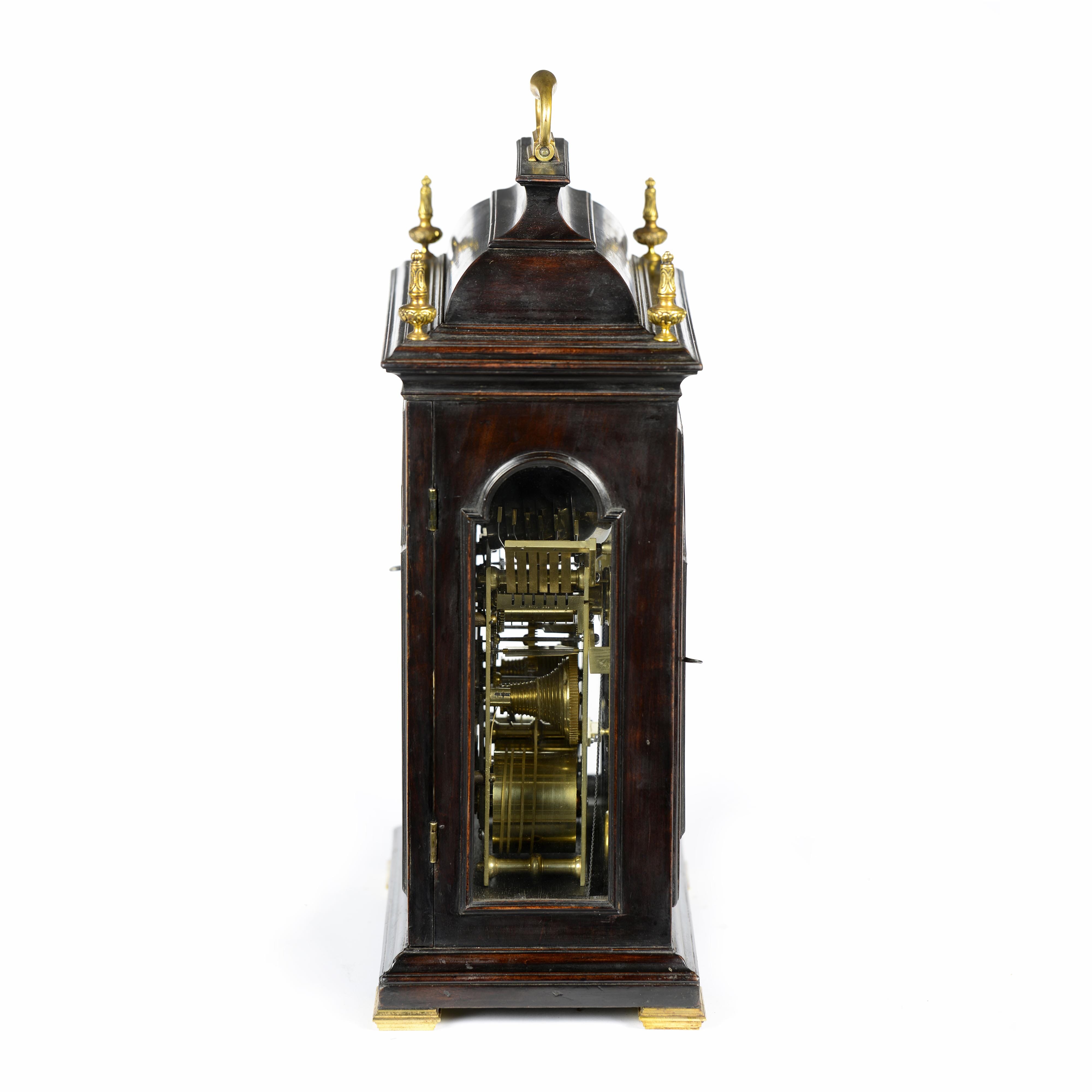 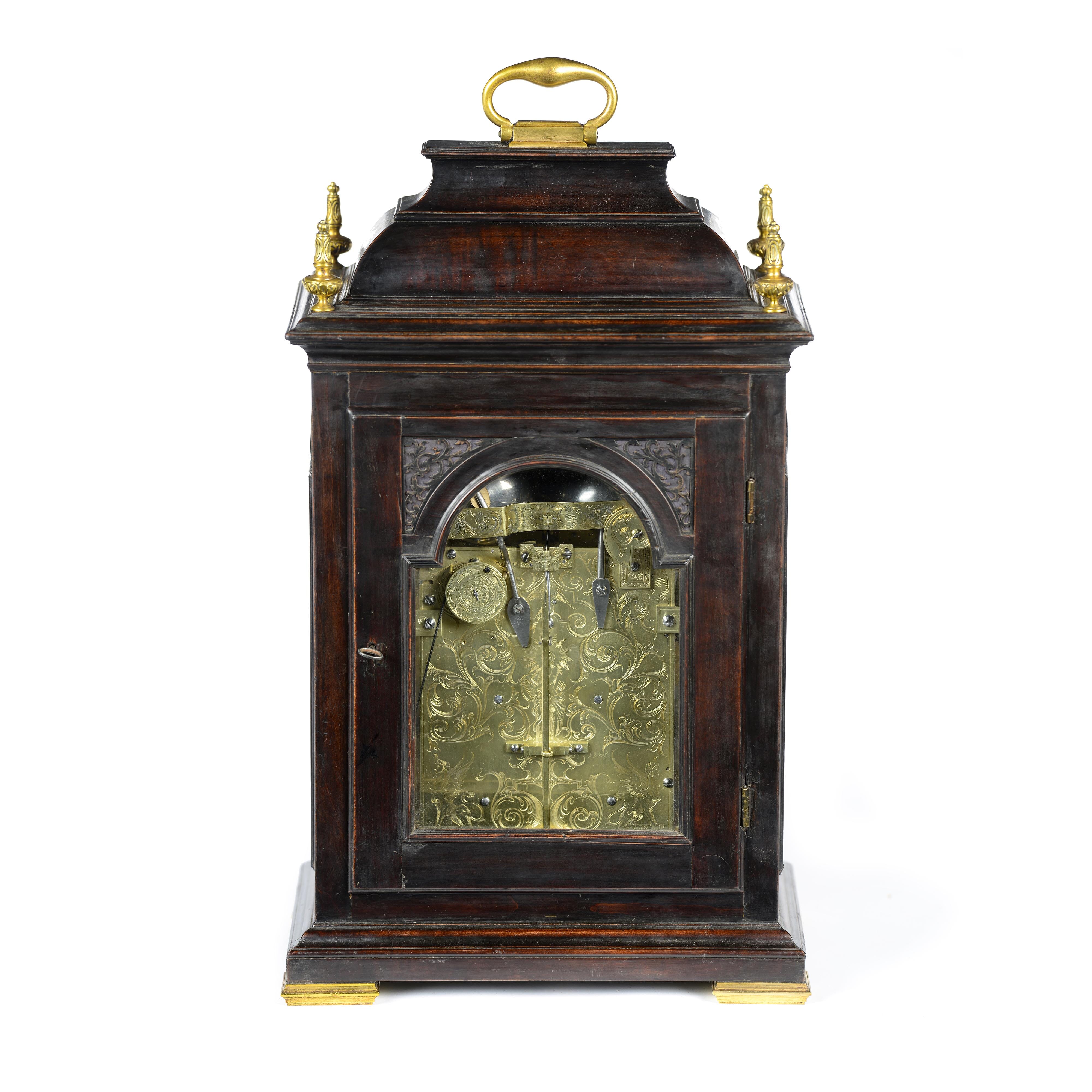 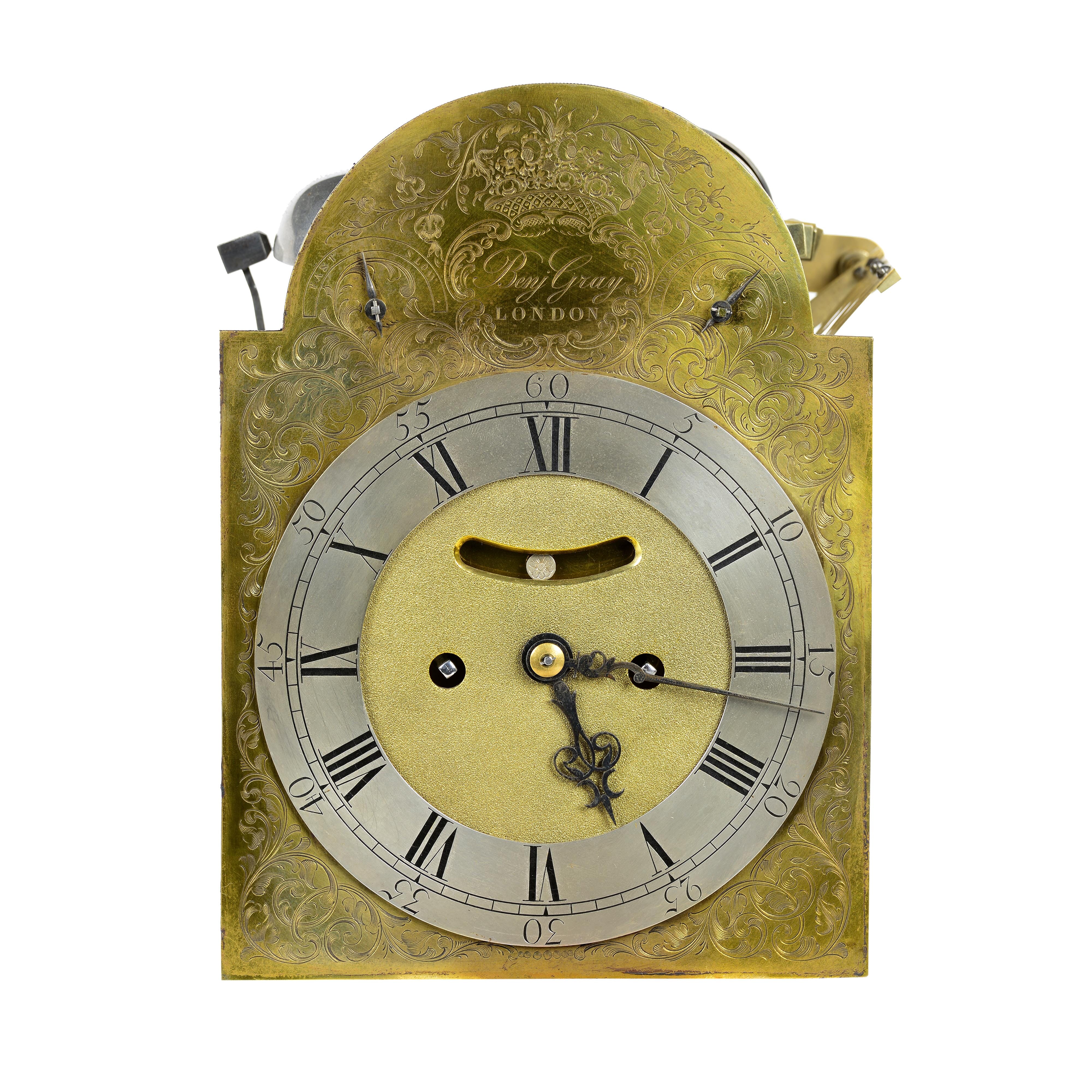 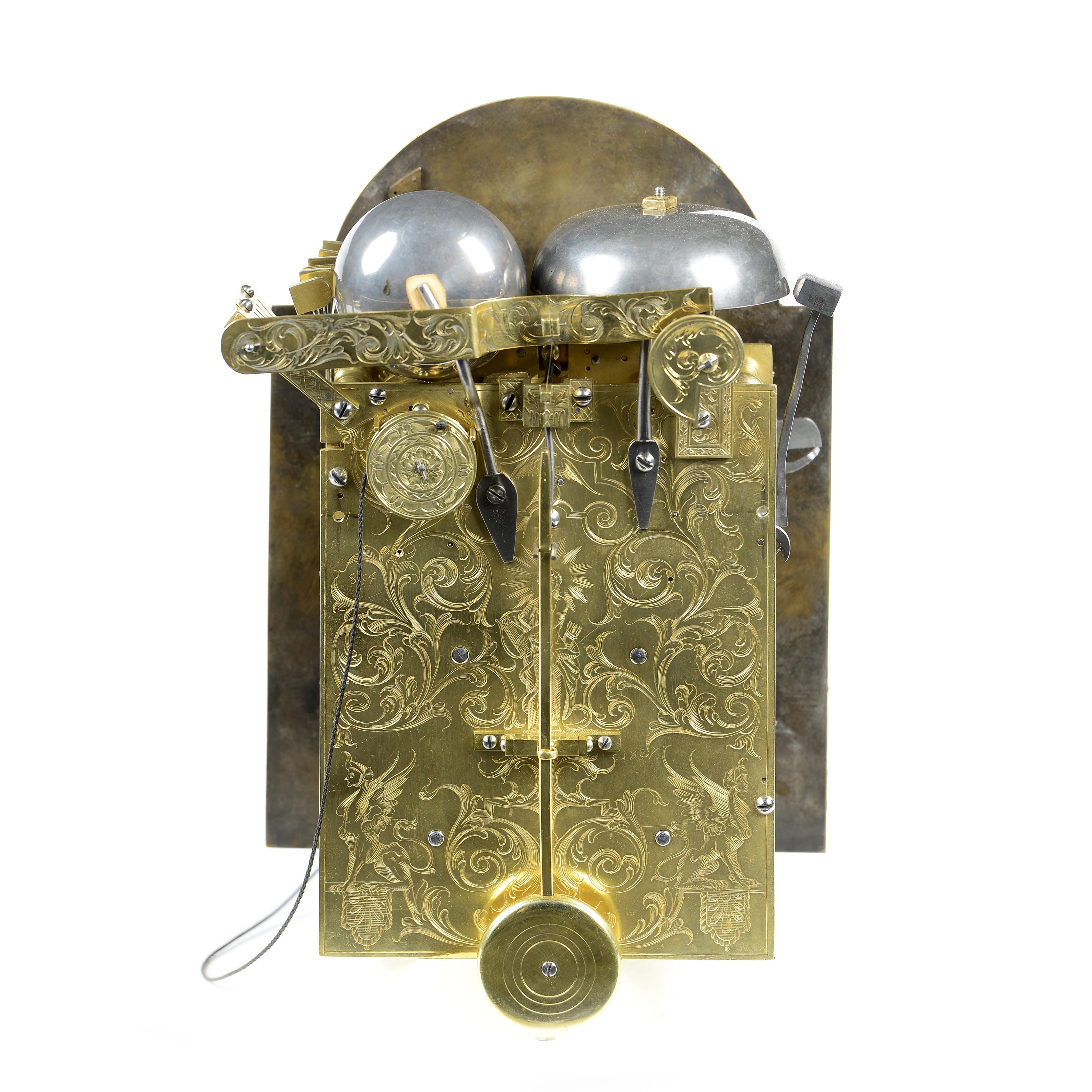 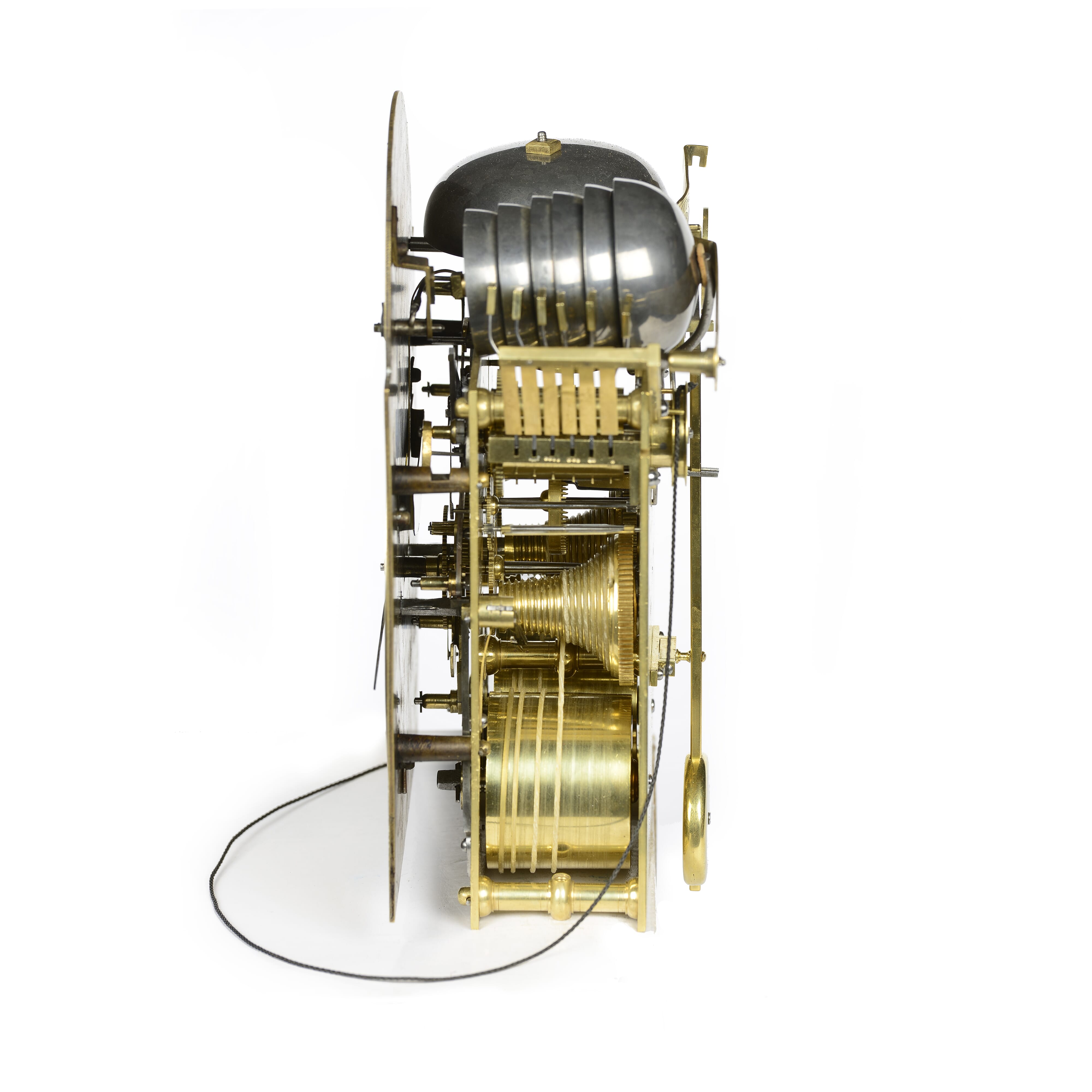 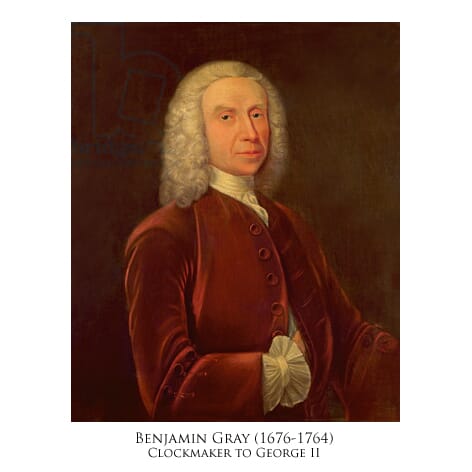 Further Information: Benjamin Gray (1676-1764) was watch and clock maker to George II, he was one of the most prominent clock makers of the period. His work was held in extremely high regard by both his clients and contemporary?s. He worked in St James Street and when his daughter married Swiss emigre Justin Vulliamy in 1743, Vulliamy was asked to join Gray in partnership, the company later becoming known as Gray and Vulliamy. They moved their premises to Pall Mall in 1752 where the partnership continued a great reputation as innovative makers of fine clocks and watches. The Royal association was maintained by the Vulliamy family until the mid-nineteenth century. This example has particularly fine engraving to both front and rear plates and was possibly made for a French client.

Condition: Excellent. The movement has been fully overhauled and serviced. Minor restorations to case, waxing of case.