George Armfield -"A Difference of Opinion" 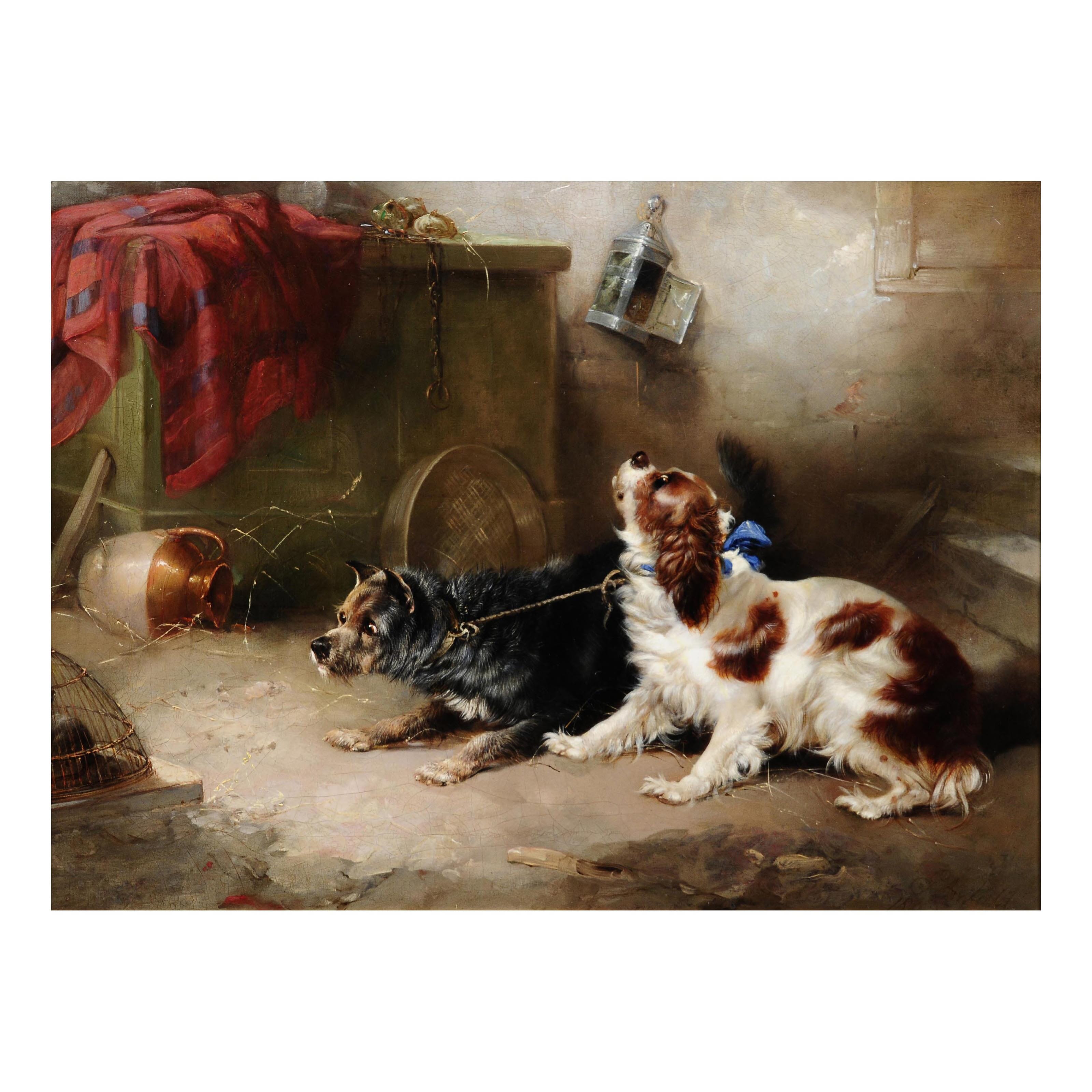 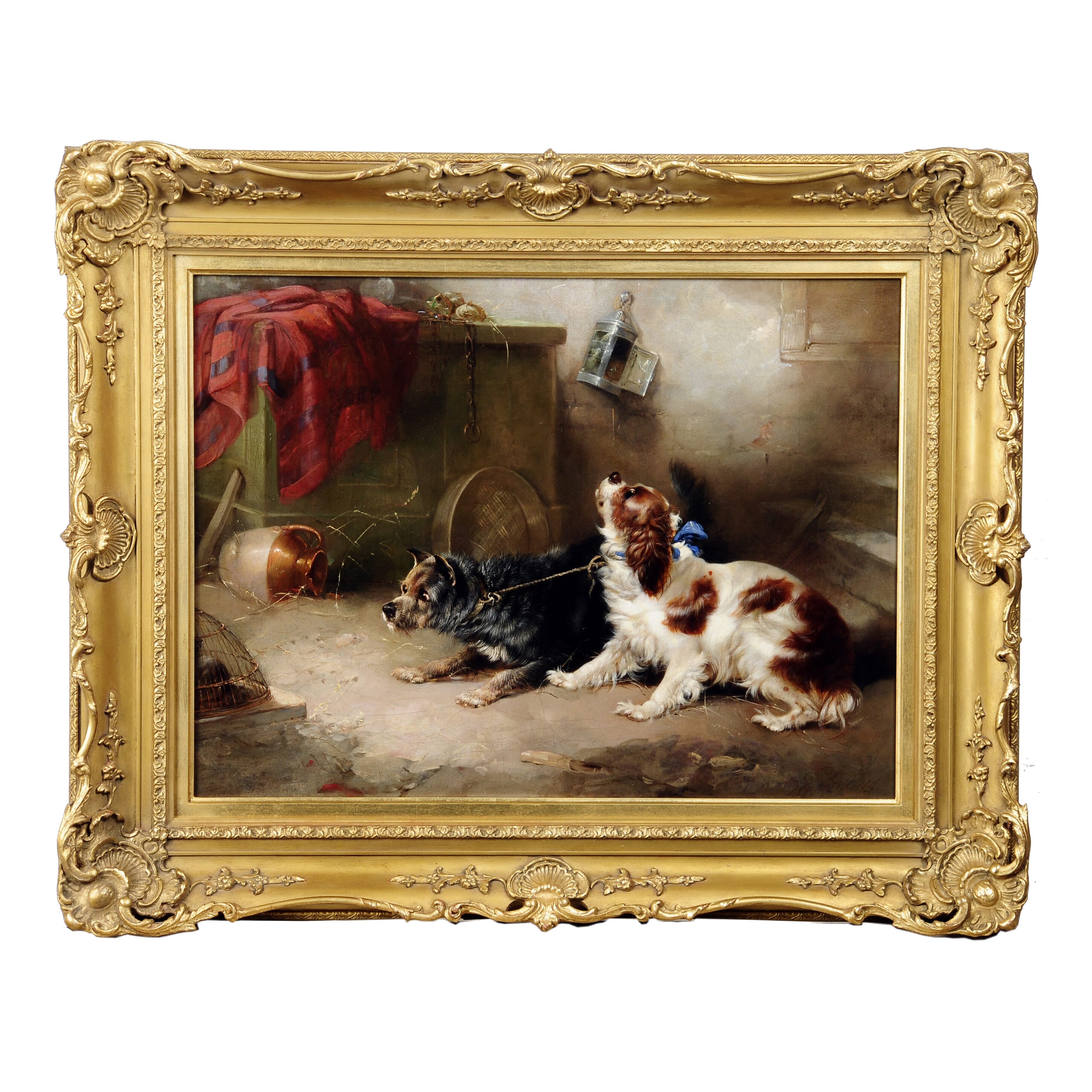 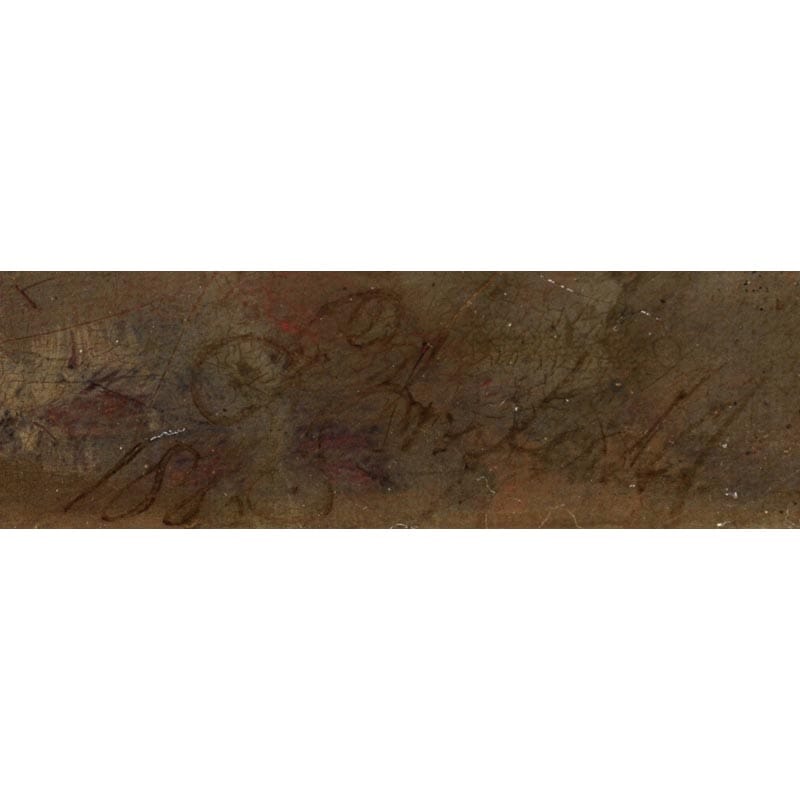 Description: A Difference of Opinion is a beautifully painted and observed study of a terrier and a King Charles spaniel intrigued by a rat in a cage, the terrier with great desire to investigate further and the spaniel with a difference of opinion; painted by one of the 19th century's greatest animal painters - George Armfield.

Further Information: Born in Wales as George Armfield Smith later he settled in London and dropped the 'Smith' painting and exhibiting as George Armfield. He was an avid sportsman as well as being a prolific and popular painter of sporting subjects. George exhibited thirty two paintings at the Royal Academy between 1840 and 1862 and exhibited regularly at the British Institute and at the Suffolk Street Galleries until 1875. Armfield painted dogs, especially terriers chasing birds, cats or mice and spaniels flushing ducks. With broad paint strokes and loose handling of the brush, the painter effectively represents the different textures of fur, grasses and sky. It is an excellent example of Armfield's work and readily explains why his paintings are often mistaken for those of the great Edwin Landseer.

Condition: Excellent. The painting has been lightly cleaned. Old strip lining to the edge.

Provenance: From a private collection in London.