Dorothea Sharp RBA - "A Day at the Seaside" 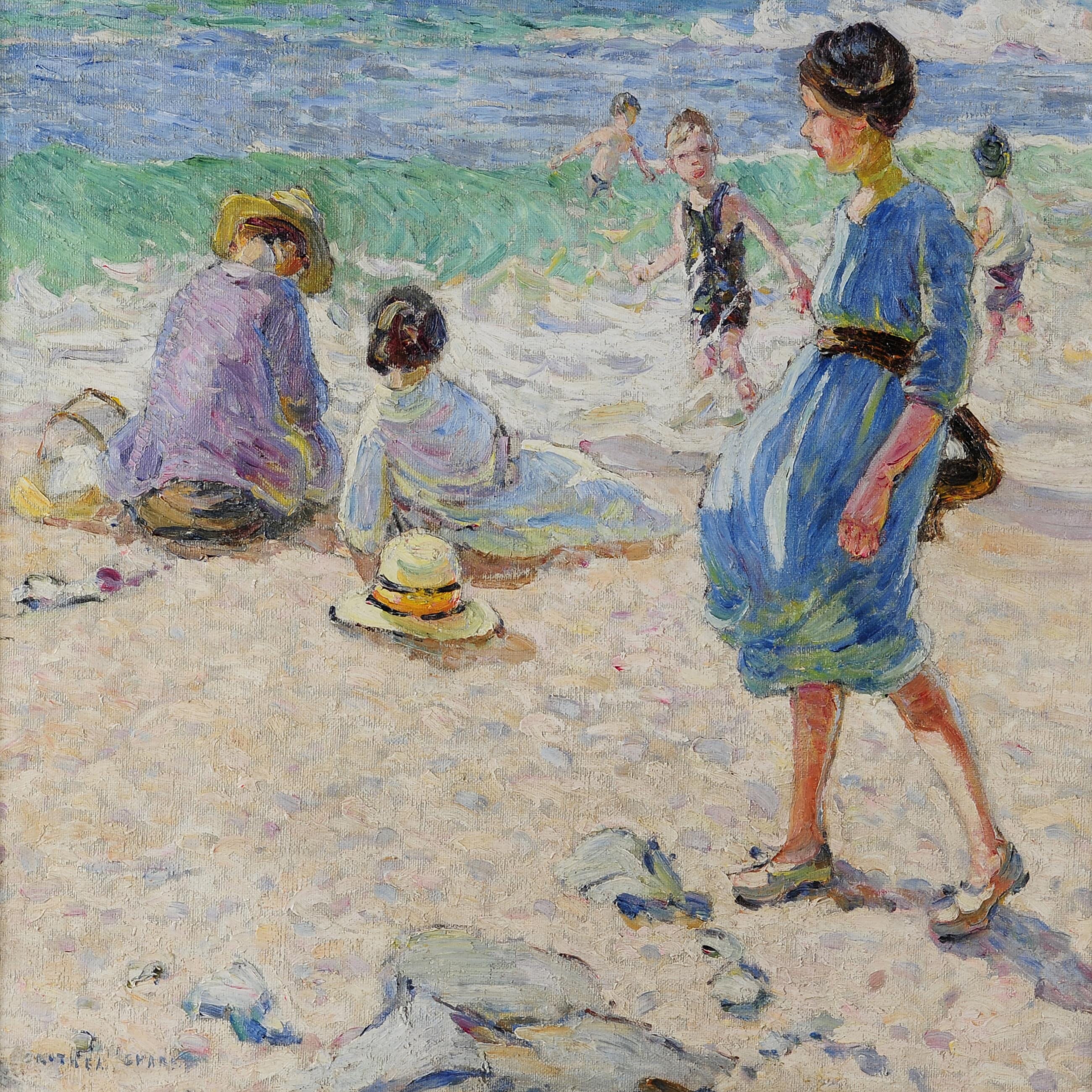 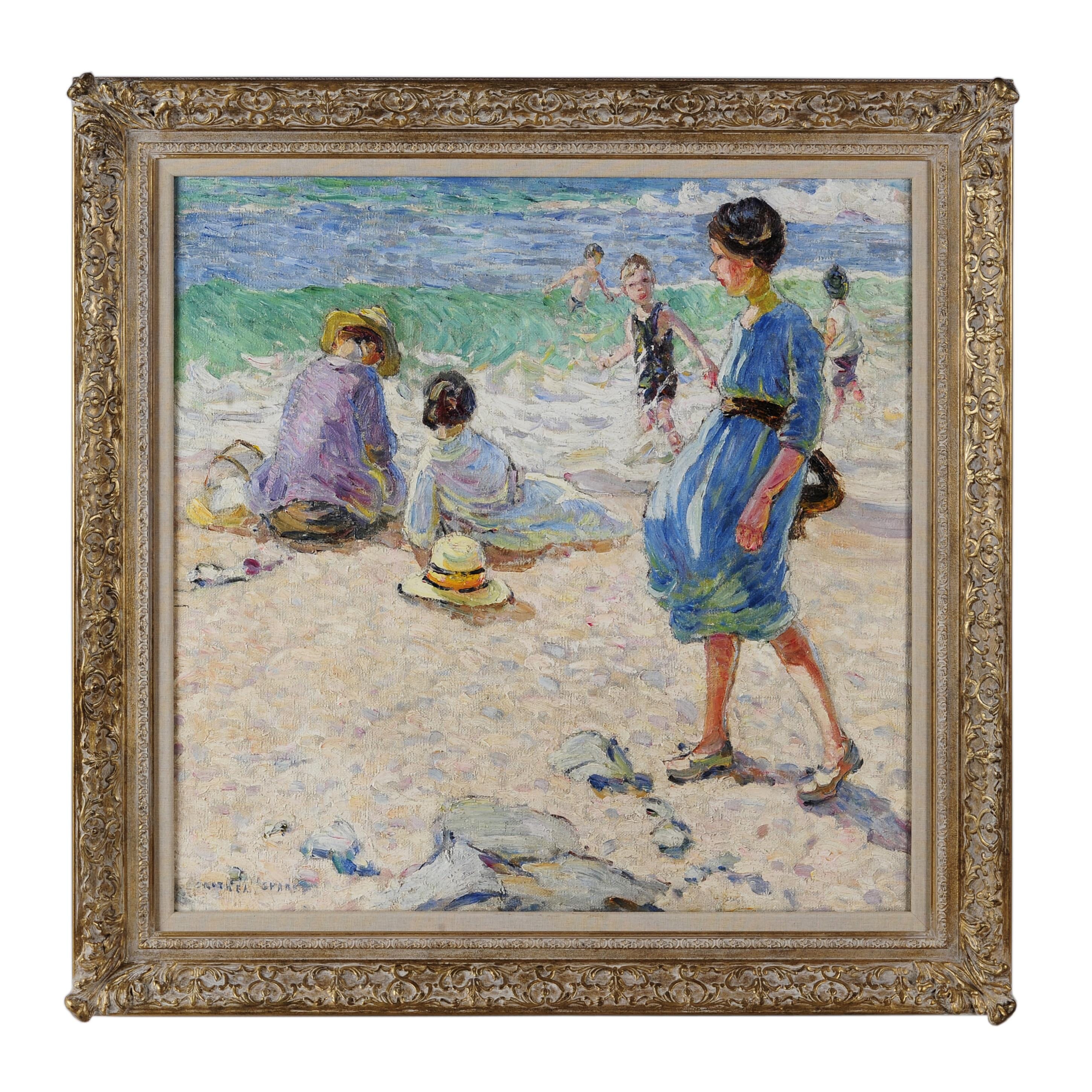 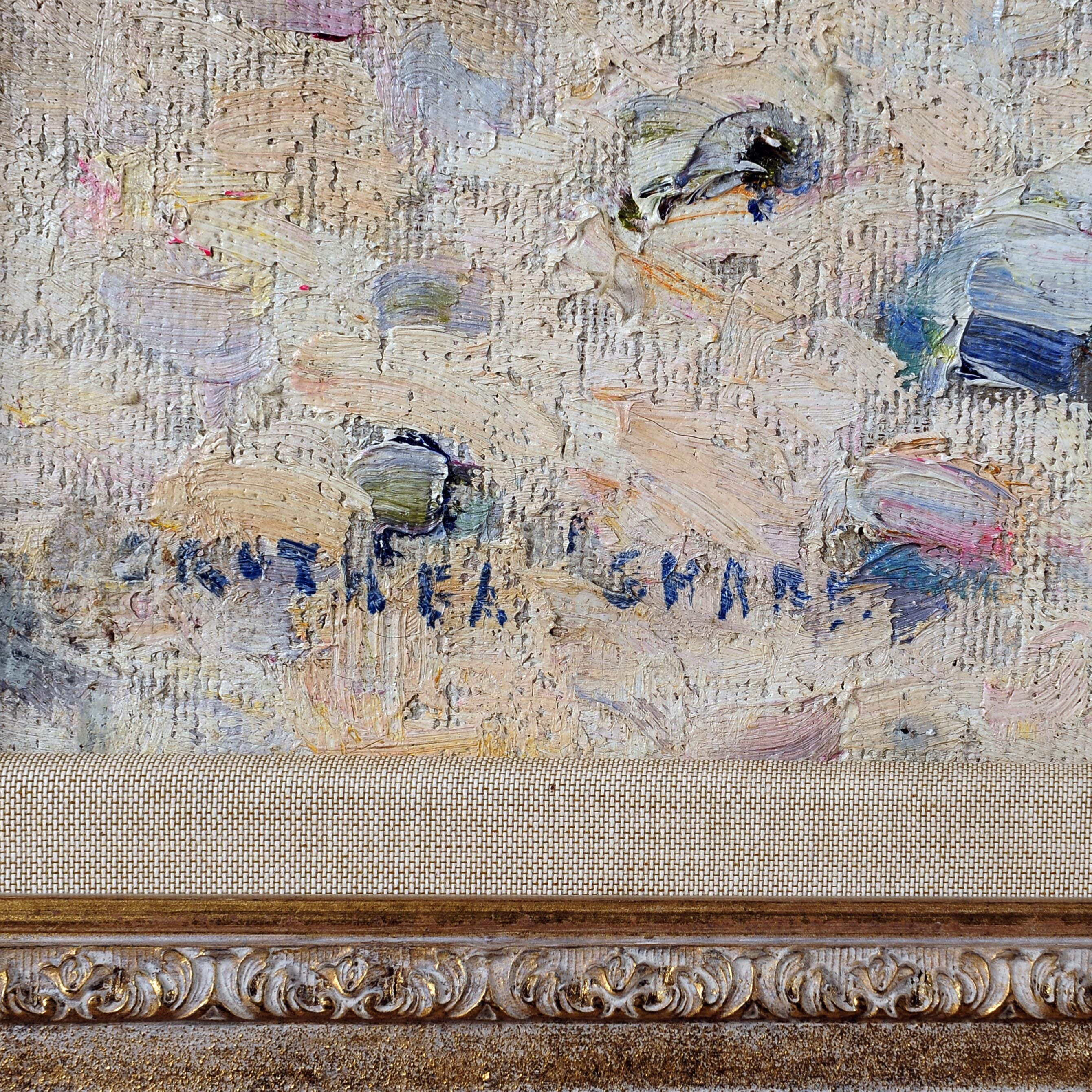 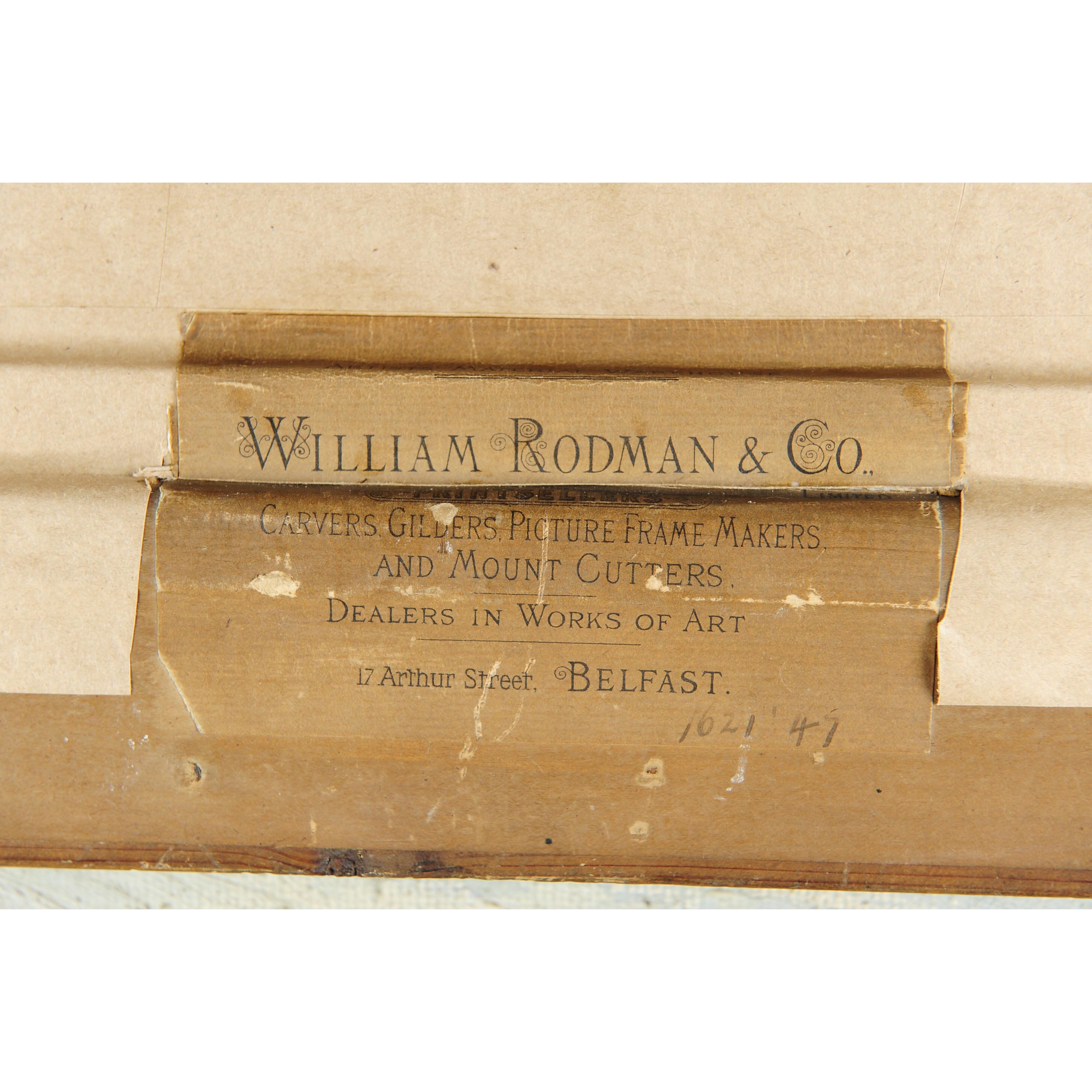 Description: A bright, colourful and delightfully painted summer beach scene, probably set in the South West of England, with exquisite use of colour, with a warmth and vibrance that could only be the work of one of the best known painters of the modern British era - Dorothea Sharp.

Further Information: Born at Dartford in Kent, it was not until the age of twenty-one that Dorothea Sharp seriously took up painting. The death of an uncle, who left her one hundred pounds, enabled her to study at the art school run by C. E. Johnson, RI, in Richmond, Surrey. She then attended the Regent Street Polytechnic where she was greatly encouraged by Sir George Clausen and Sir David Murray, visiting critics to the Polytechnic Sketch Club. It was in Paris that Sharp achieved her complete artistic development. There she studied under Castaluchio. It was the work of Claude Monet, however, that was to have a profound and lasting effect on her art, resulting in the highly impressionistic and spontaneous style that she was to adopt for the rest of her life.

The Editor of "The Artist" praised Dorothea Sharp as "one of England's greatest living woman painters", and commented upon the particular attraction of her art: "No other woman artist gives us such joyful paintings as she. Full of sunshine and luscious colour, her work is always lively harmonious and tremendously exhilarating ... the chief attractions of Miss Sharp's delightful pictures are her happy choice of subjects, and her beautiful colour schemes". (Harold Sawkins, Dorothea Sharp, ROI, RBA, The Artist, April 1935).

Condition: Excellent. The painting has been lightly cleaned and re-framed in a modern British style frame.