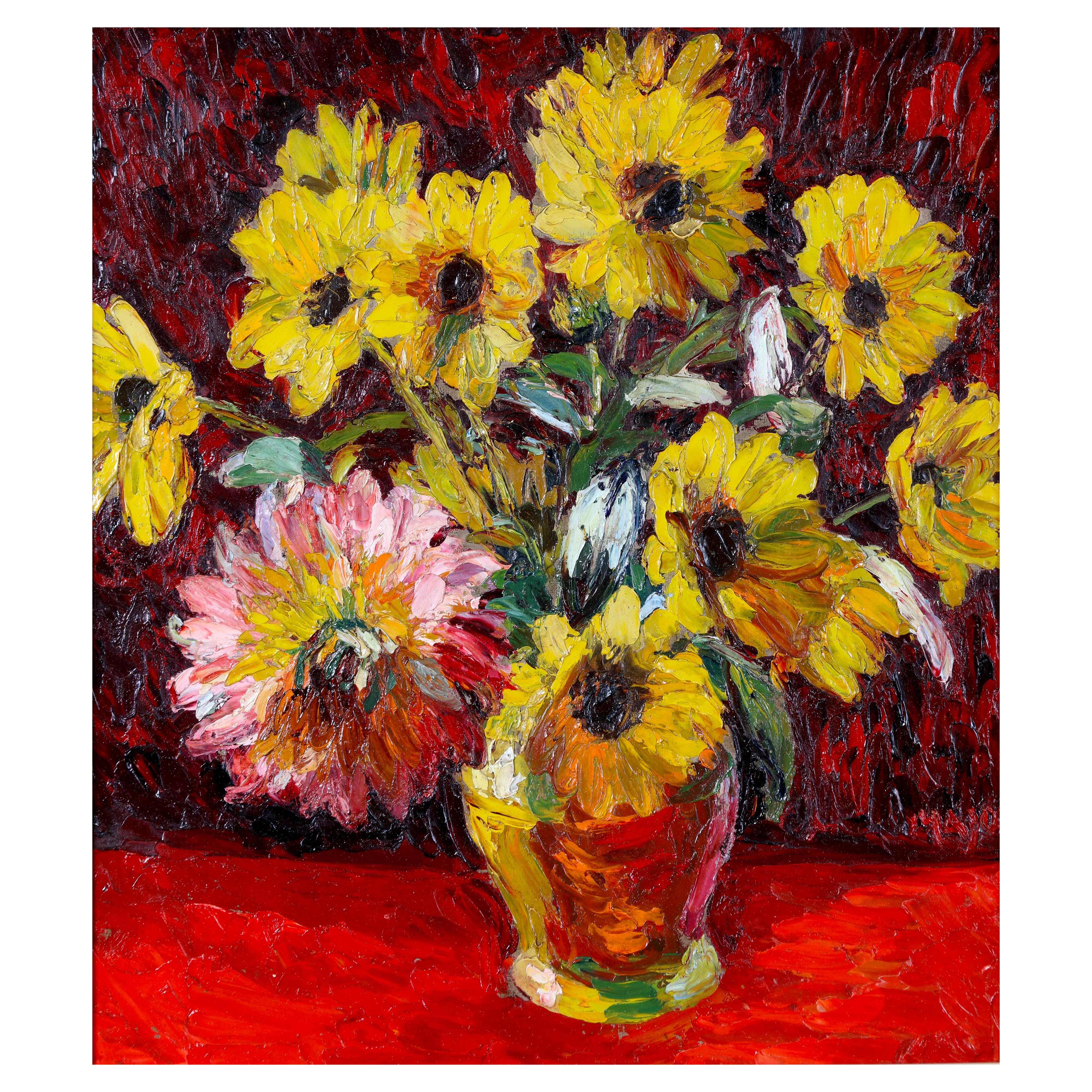 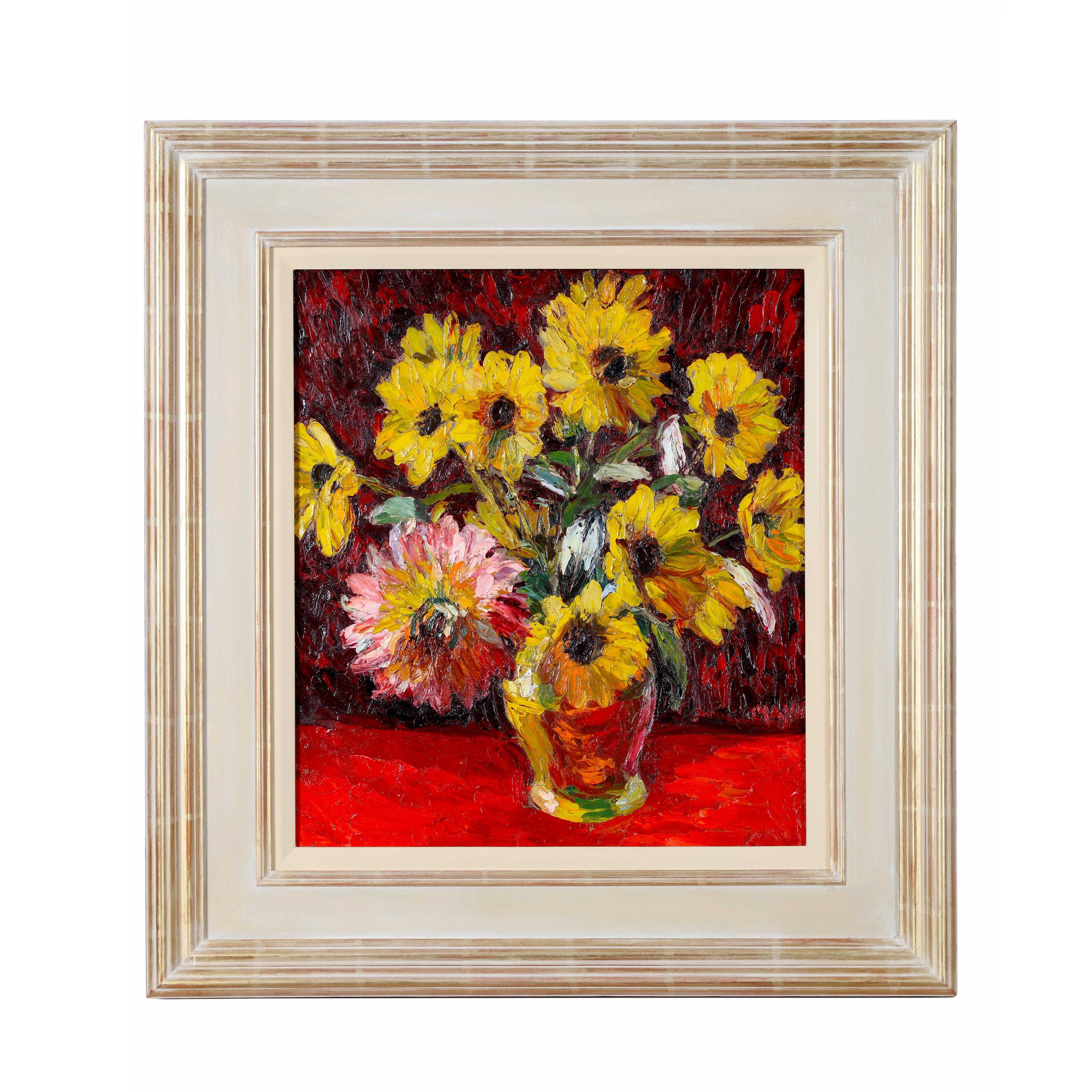 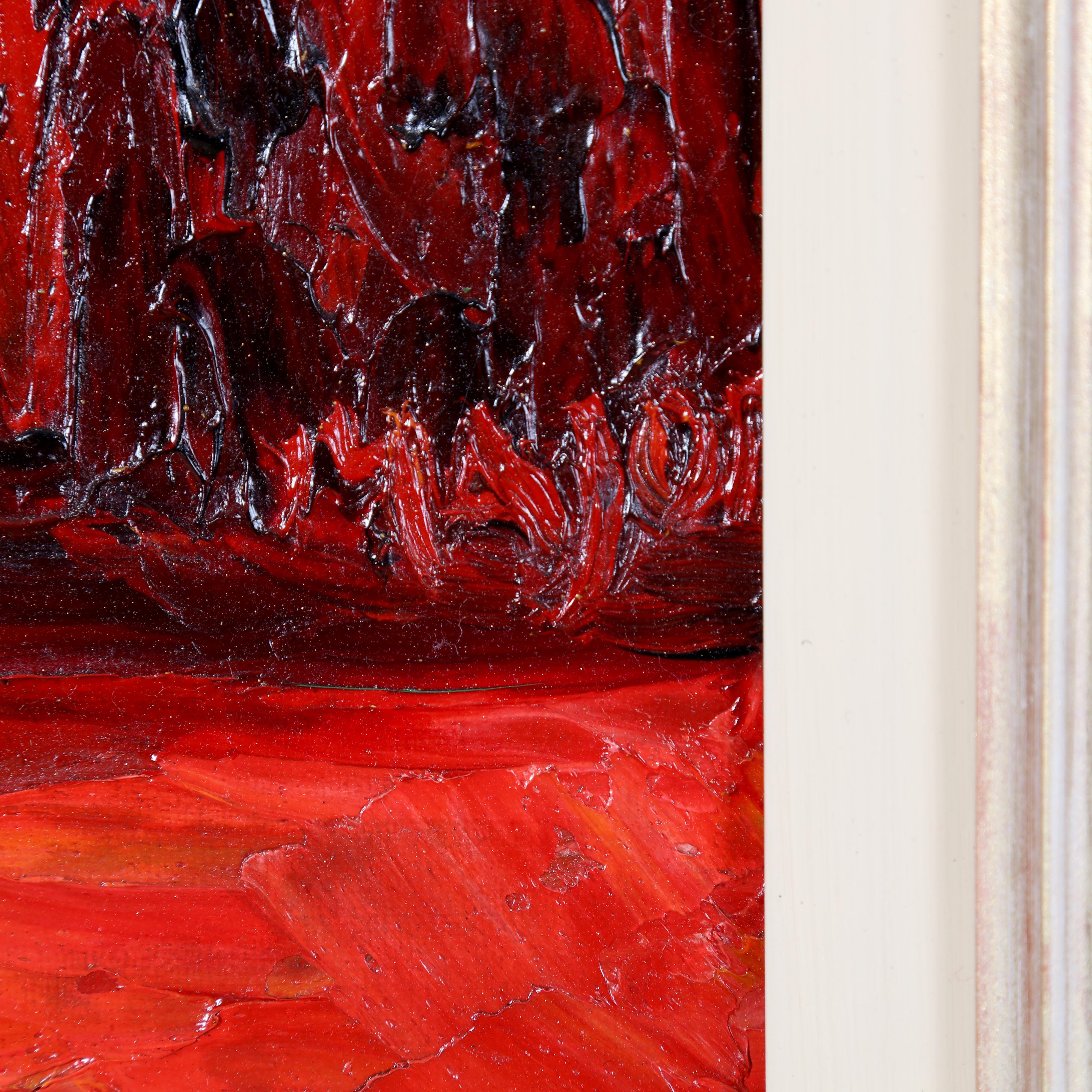 Description: A bright and colourful impressionist study of a vase of flowers by renowned Northern painter Theodore Major.

Further Information: Theodore Major was born in Wigan, Lancashire, settling in1950 with his painter wife, Kathleen at Appley Bridge. He attended the local art school between 1927-1932, and taught there between 1930-1950. Major was a fervent Lancastrian, he was against materialism, the commercial gallery system and the sale of his pictures to rich collectors. He retained about 3000 of his pictures which he said were painted for ordinary people, not money. Art critic John Berger called Major’s pictures “among the best English paintings of our time” He painted in a wide range of styles “to disturb and extend consciousness in the mind of the viewer”. He exhibited widely in Nottingham, Bolton, Manchester and had Arts Council sponsored solo exhibitions at Carlisle and Blackburn Art Galleries and in 1984 at Salford Art Gallery which now holds some of his works.

Condition: Excellent. The painting has been cleaned and re-framed in a ribbed giltwood modern British style frame.