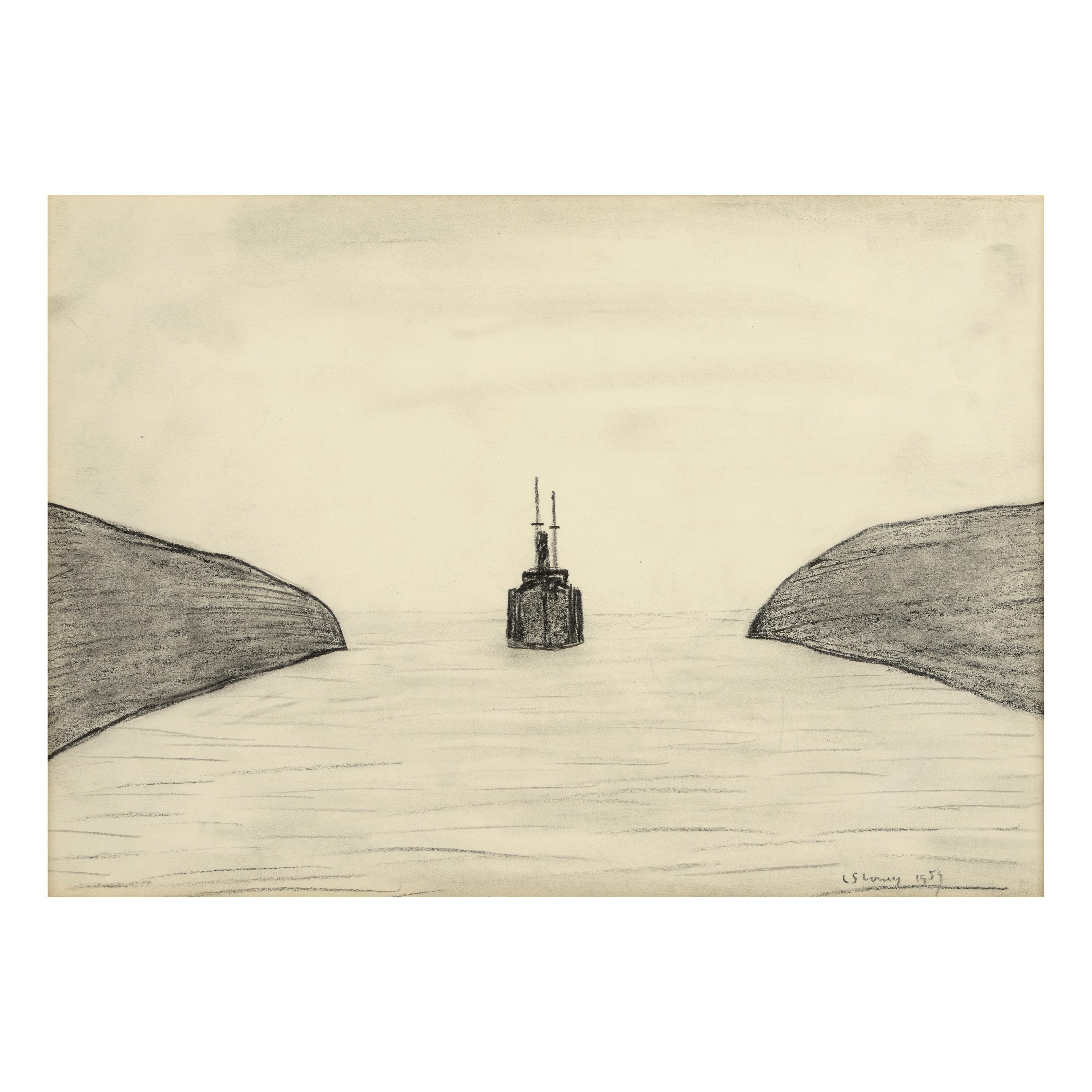 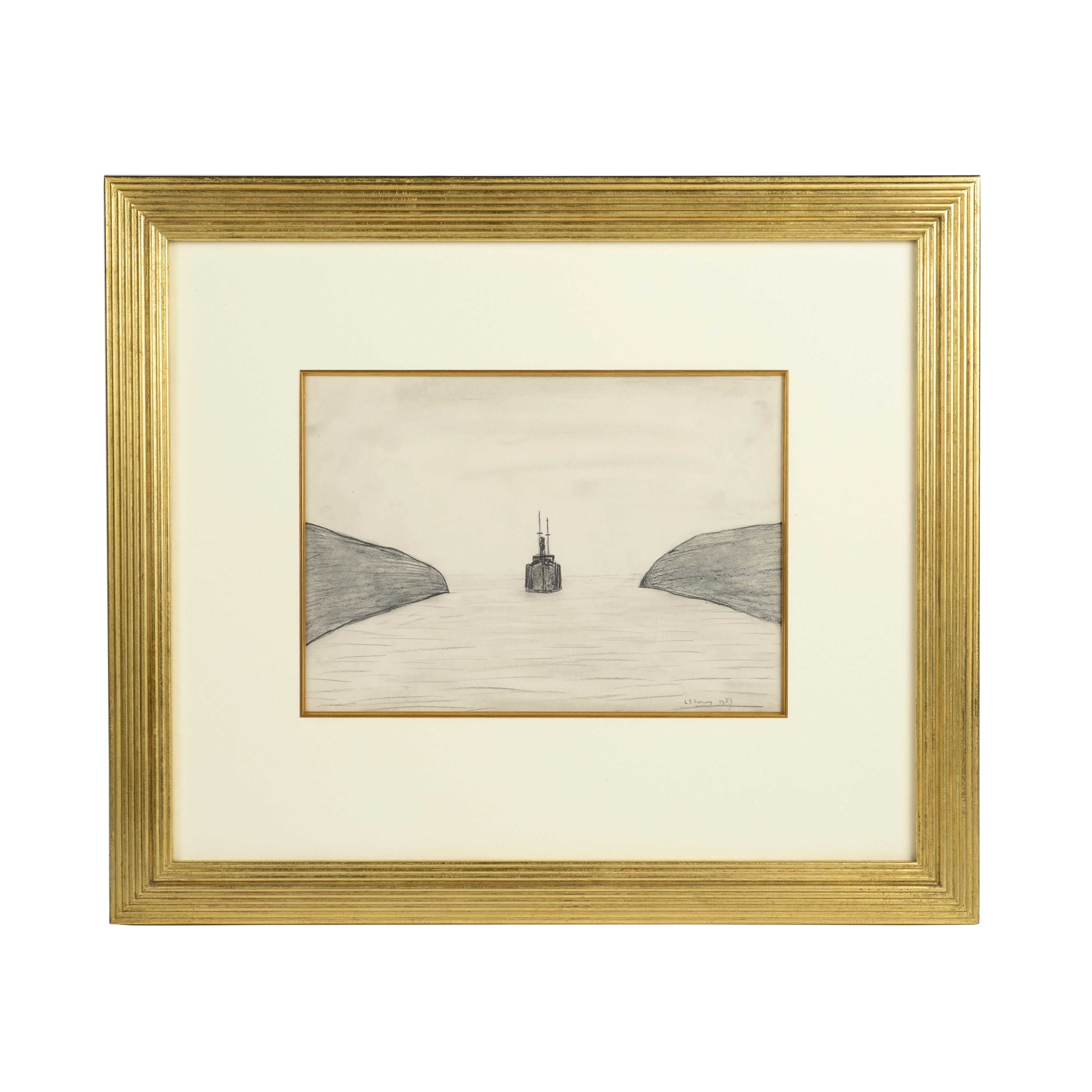 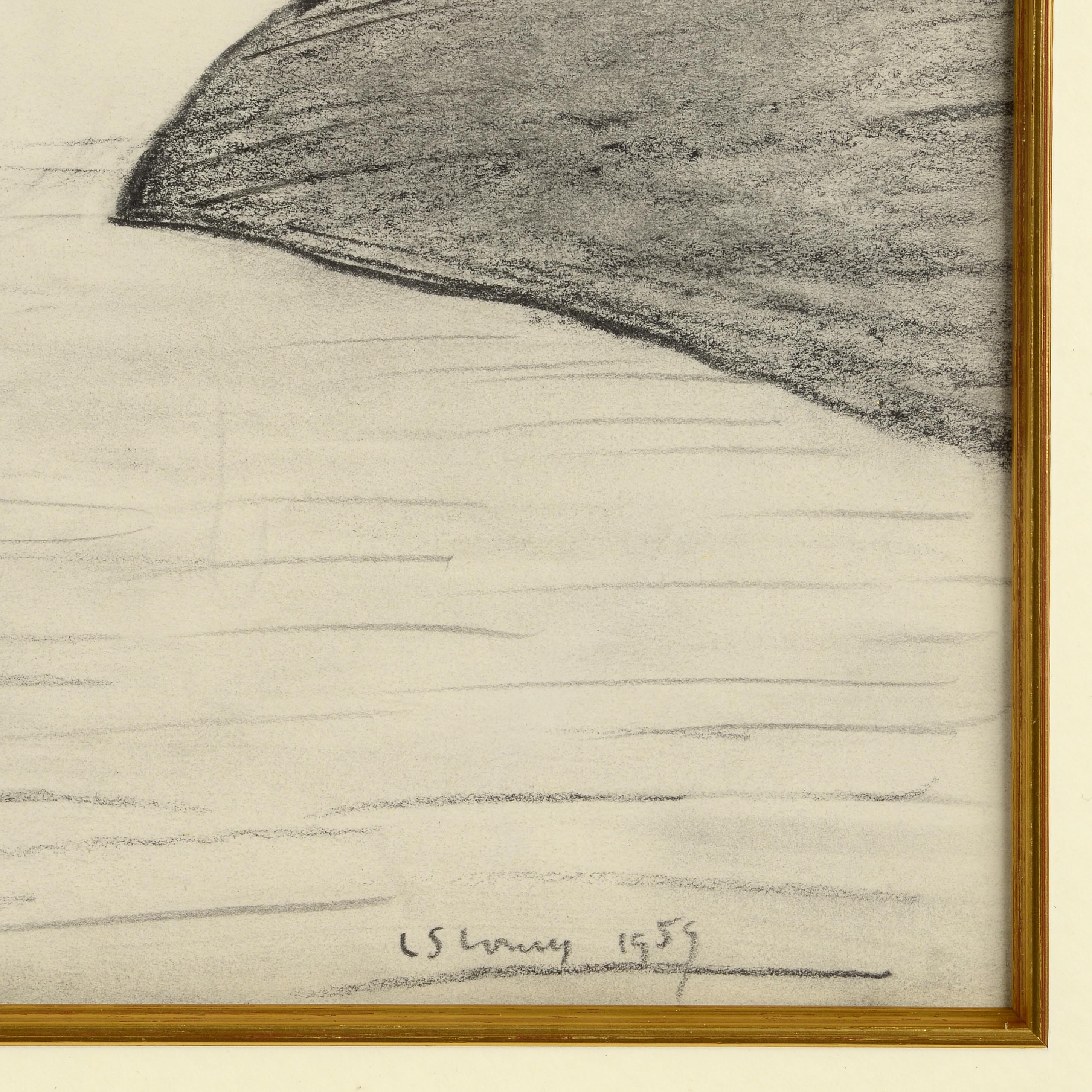 Description: A solitary ship, serenely sailing from the distant horizon into a narrow harbour channel, artistically observed and emotionalised by one of Britain's greatest 20th century artists - L.S. Lowry.

"The heavy ships that populate Lowry's later paintings and drawings move through the implacable waters with no apparent sign of human involvement; there is never a glimpse of figures working the vessels, which seem to move of their own mysterious accord ..... Ships and boats are more than mere carriers of cargo, they are loaded with a host of romantic associations encapsulating our understanding of life and death". (Michael Howard, "Lowry: A Visionary Artist", Lowry Press, 2000)

Provenance: When visiting Lowry in the 1960?s, Harold Riley (one of Lowry?s compatriots) and a Manchester businessman friend, purchased this drawing directly from the artist, it has been with the same family since.