Helen Bradley - "A Picnic in a Cornfield" 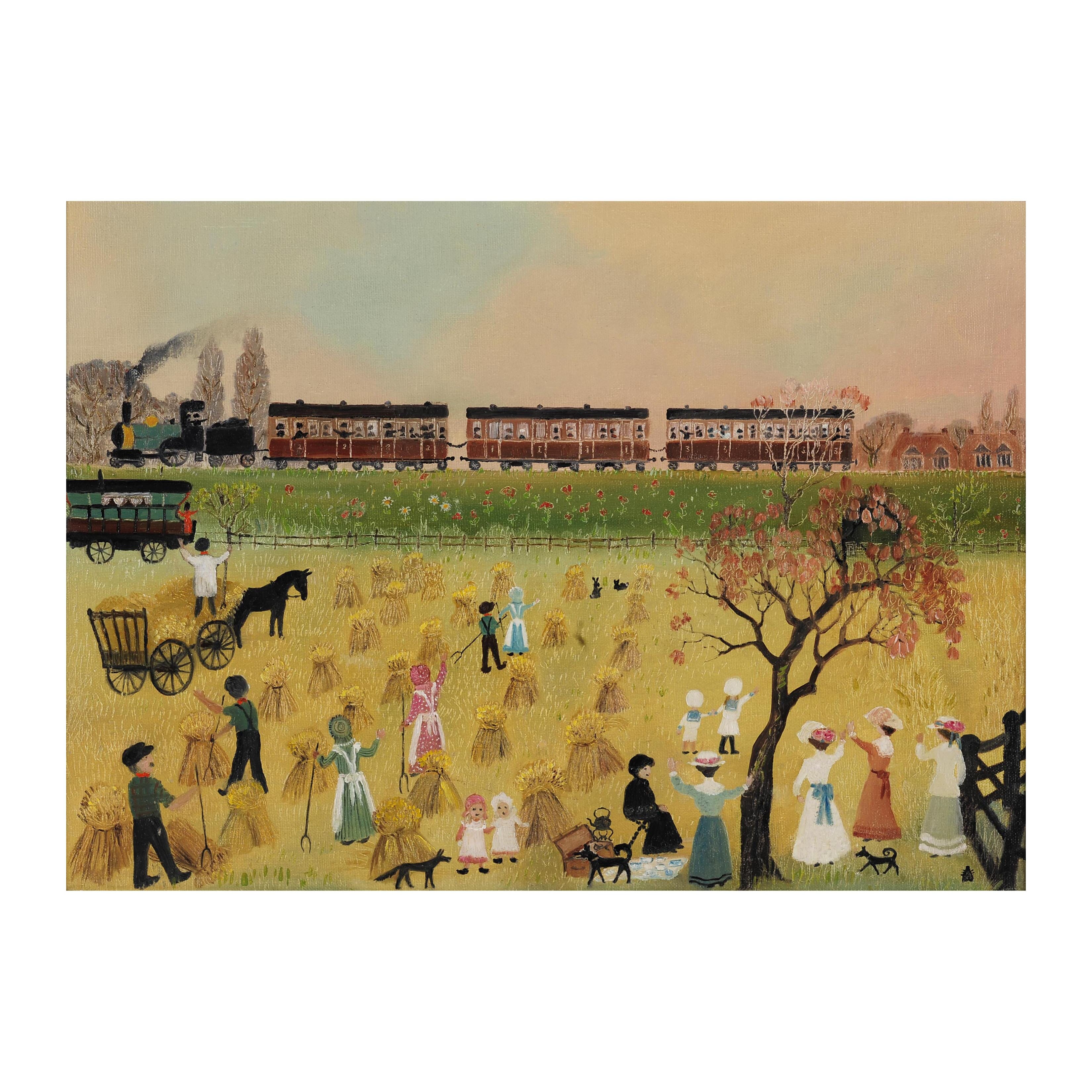 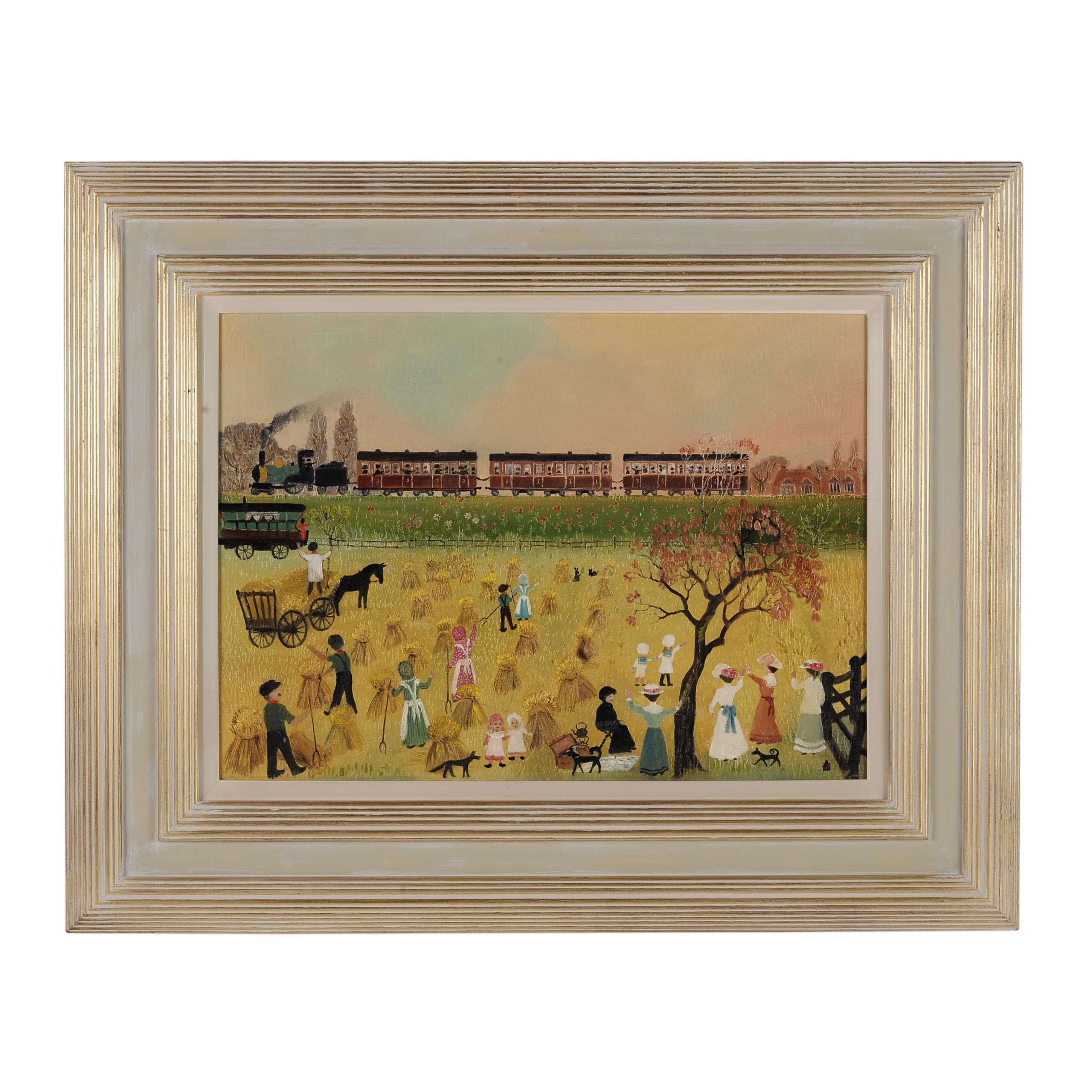 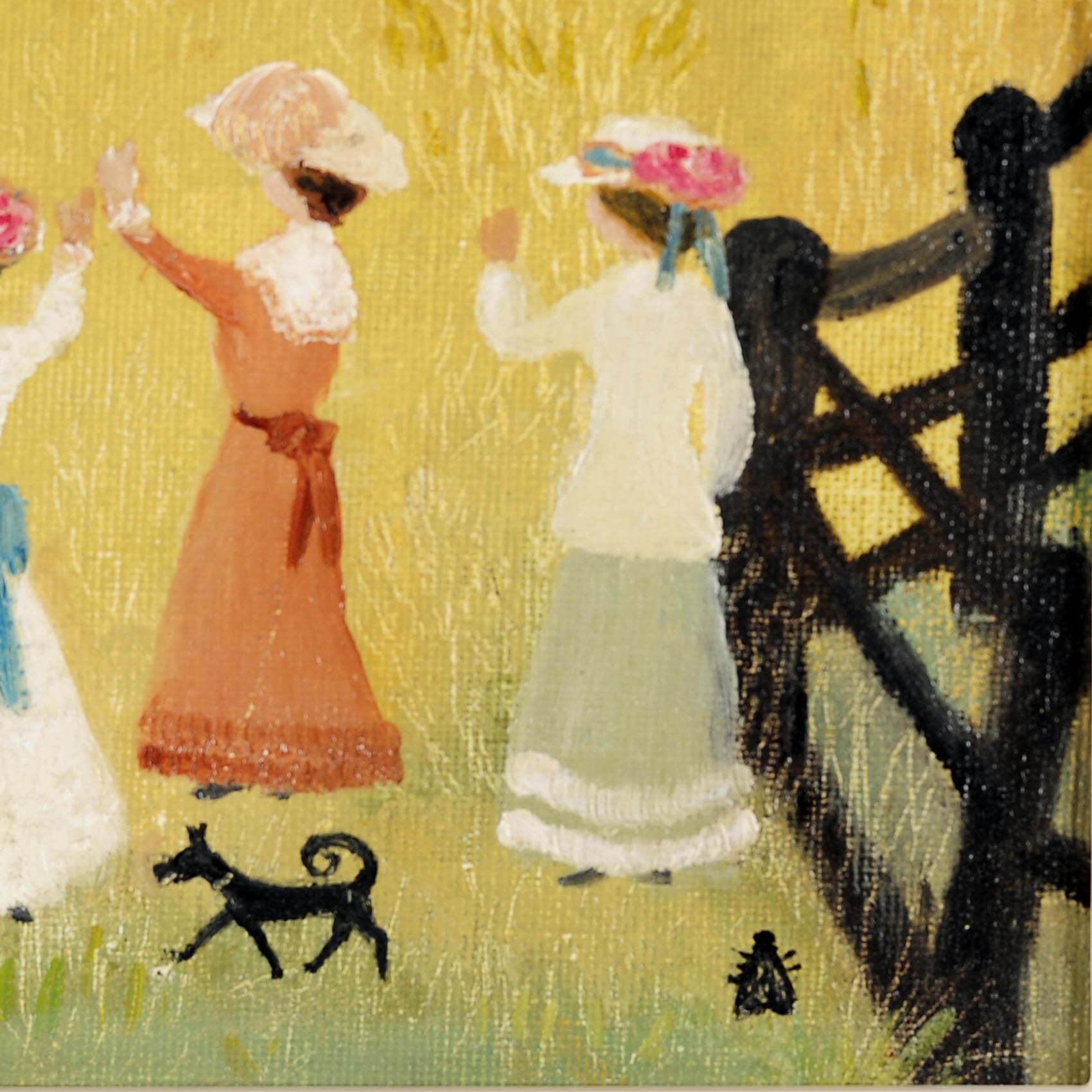 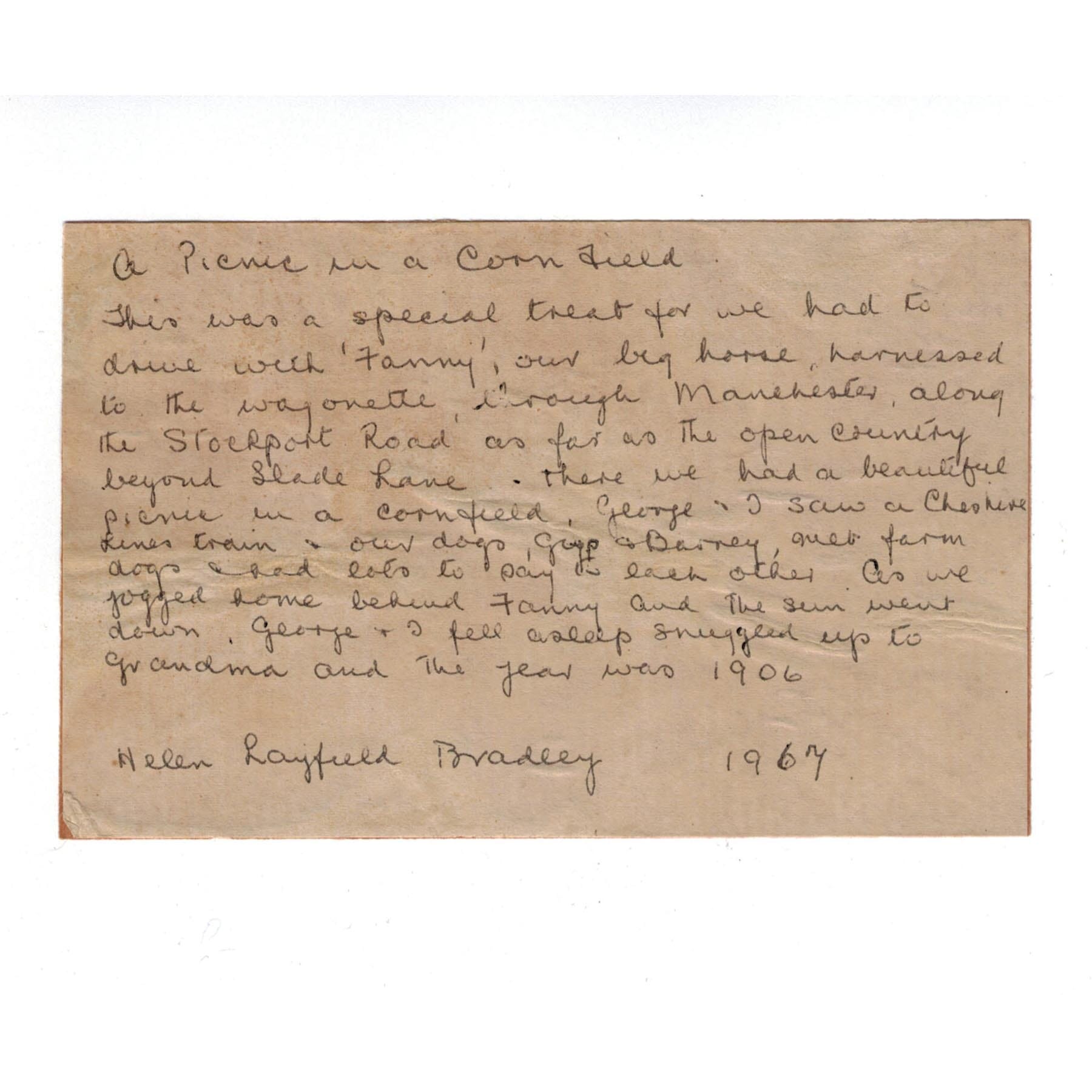 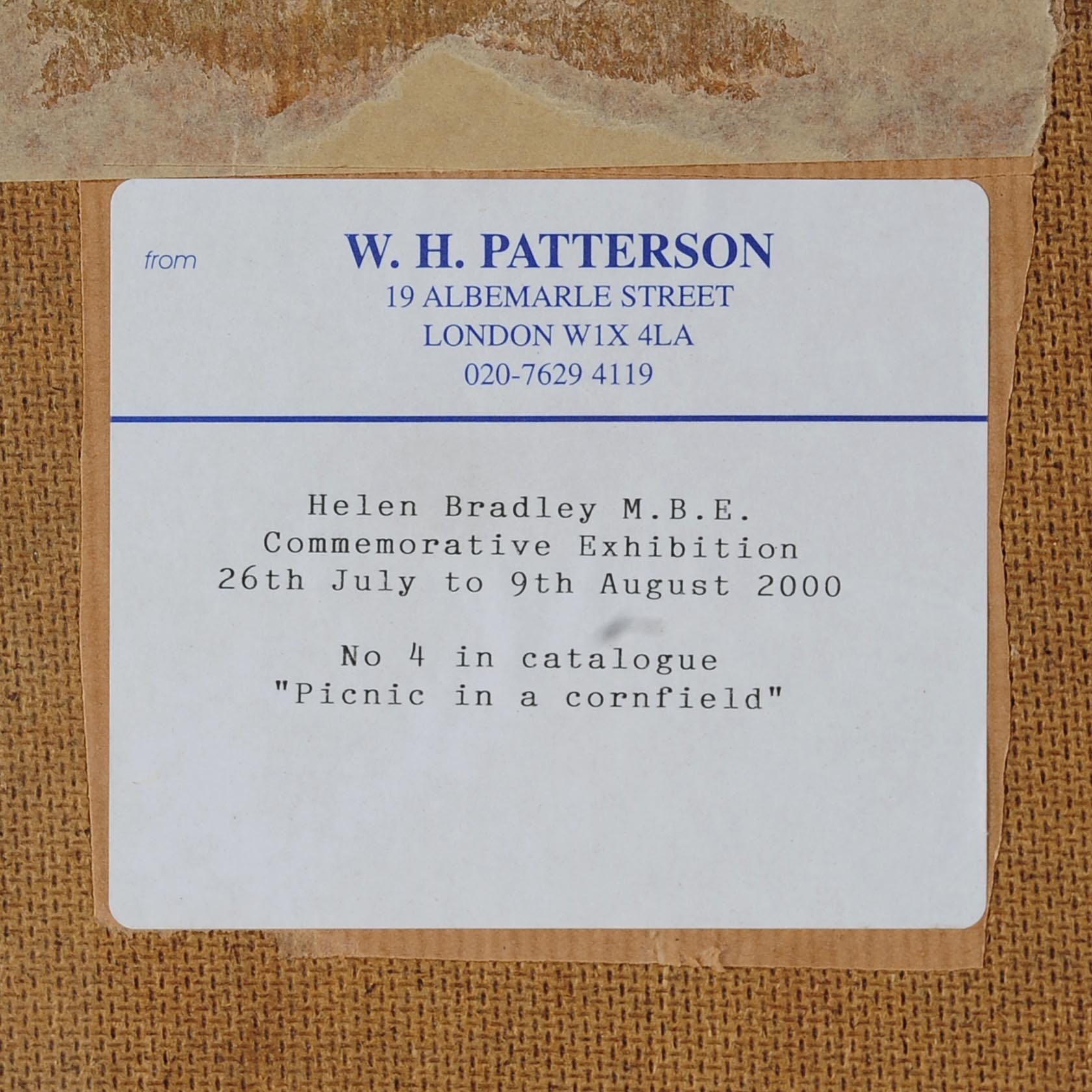 Description: A delightful scene of a summer picnic, set in Edwardian England as painted from the childhood memories of one of England's most famous yet unlikely 20th century artists - Helen Bradley.

Further Information: Born in Lees near Oldham in 1900, Helen only began to paint her distinctive scenes of an Edwardian girlhood at the age of 65. At first she simply wanted to show her grandchildren how different a place the world used to be when she was a child. From 1965 until her death in 1979, Helen achieved international notoriety with her first exhibits at the Saddleworth Art Society in 1965, followed by a London exhibition in 1966, and a sell out exhibition at the appropriately named Carter Gallery in Los Angeles in 1968.

Label verso reads "A Picnic in a Cornfield" This was a special treat for we had to drive with 'Fanny', our big horse, harnessed to the wagonette, through Manchester, along the Stockport Road as far as the open country beyond Slade Lane. There we had a beautiful picnic in a cornfield. George & I saw a Cheshire Lines train & our dogs, Gyp & Barney, met farm dogs & had lots to say to each other. As we jogged home behind Fanny and the sun went down, George & I fell asleep snuggled up to Grandma - and the year was 1906. Helen Layfield Bradley 1967.