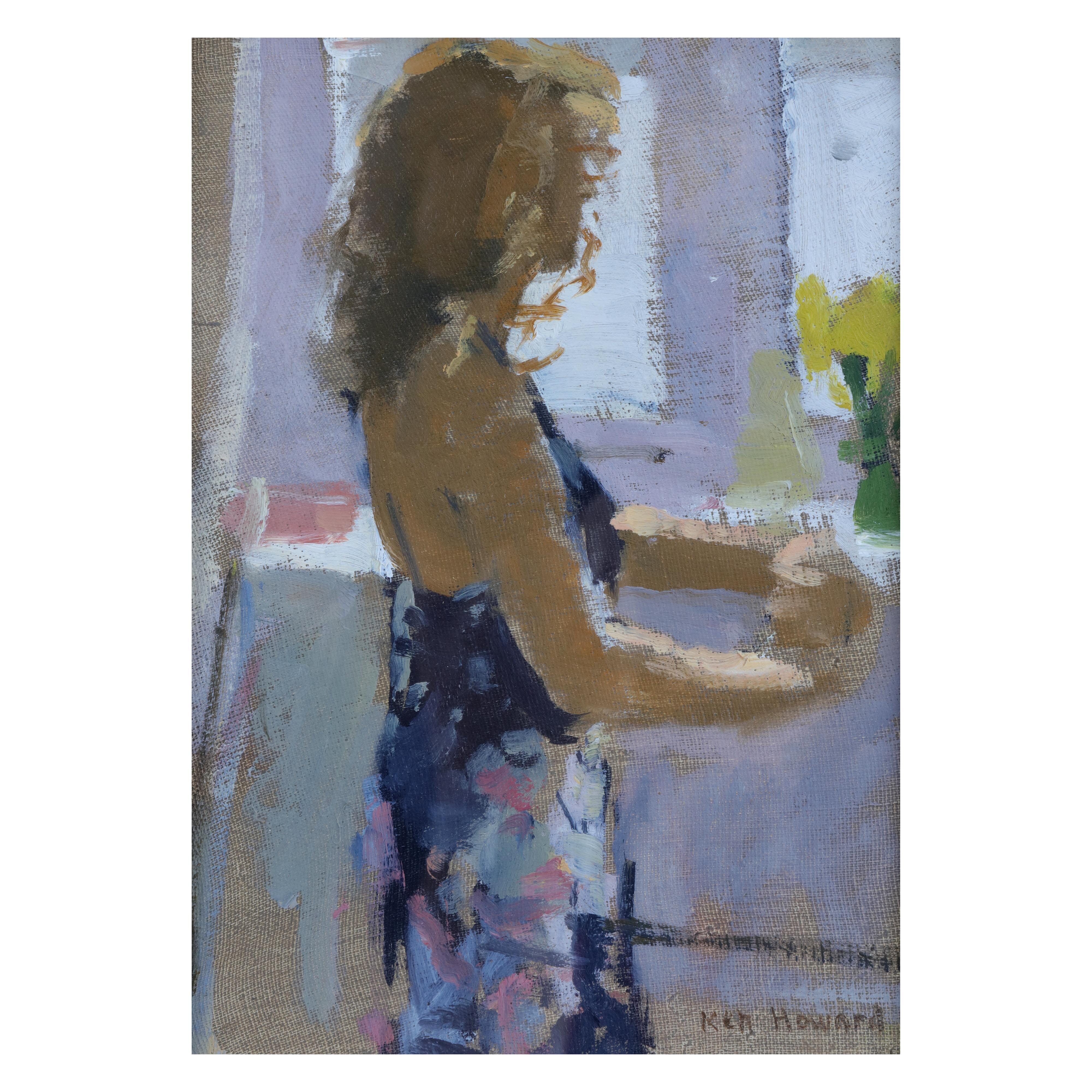 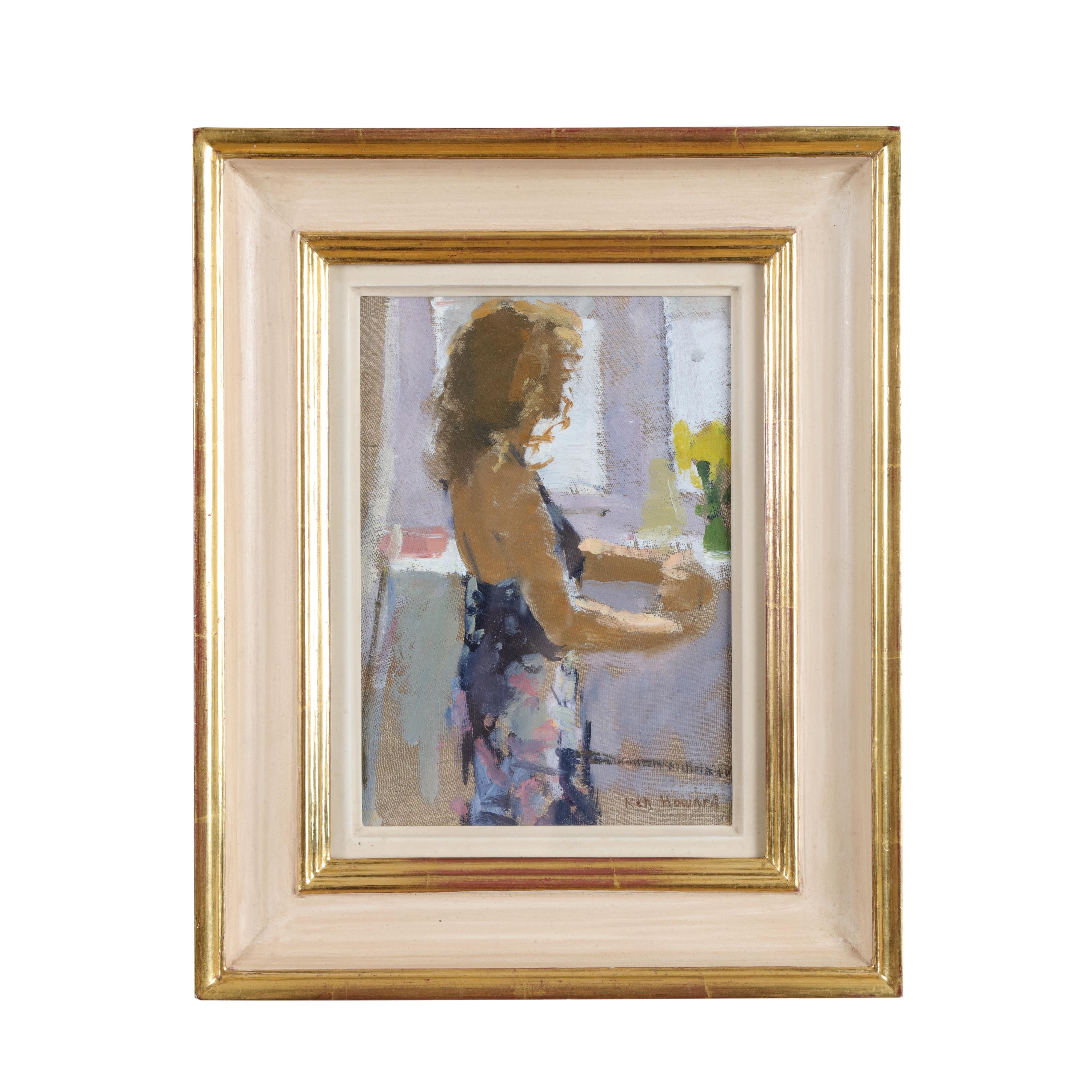 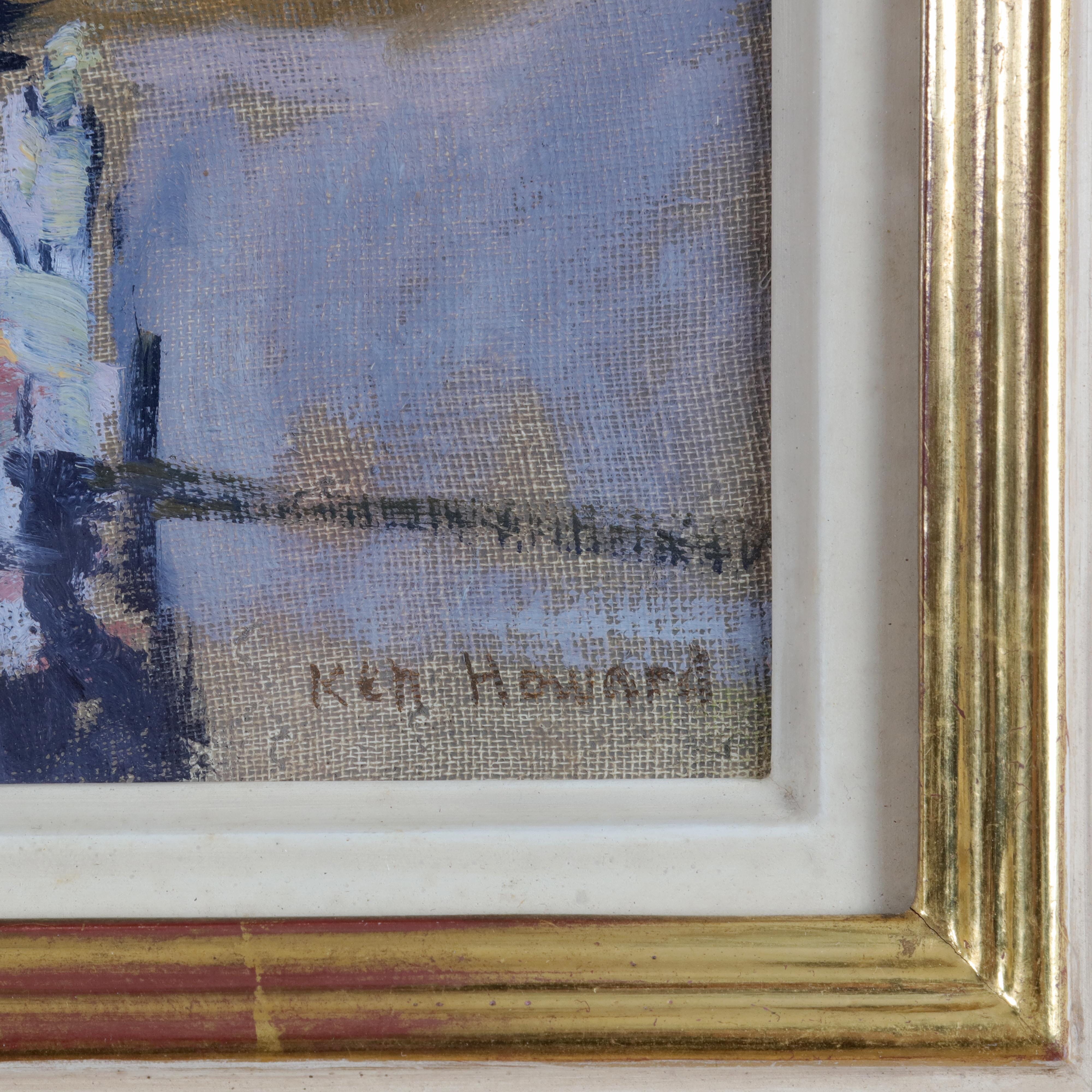 Further Information: Ken Howard was born on 26 December 1932 and studied at Hornsey School of Art from 1949 to 1953. He then did his National Service with the Royal Marines before returning to study at the Royal College of Art from 1955 to 1958. He went on to win a British Council Scholarship to Florence from 1958 to 1959.

Howard’s first solo show was held at the Plymouth Art Centre in 1955. Subsequent exhibitions were held in 1966 and 1968 at the John Whibley Gallery. From then on he exhibited extensively, both nationally and internationally, particularly with the New Grafton Gallery from the early 1970s. He was given a retrospective in 1972 at the Plymouth City Art Gallery and in 1973 and 1979 was appointed by the Imperial War Museum as official artist in Northern Ireland. He also worked with the British Army in Germany, Cyprus, Oman, Hong Kong, Nepal, Norway, Canada, Belize and Brunei from 1973 to 1982.

Provenance: The collection of Manya Igel.