fabulous and striking piece of furniture, superb colour and patina throughout. 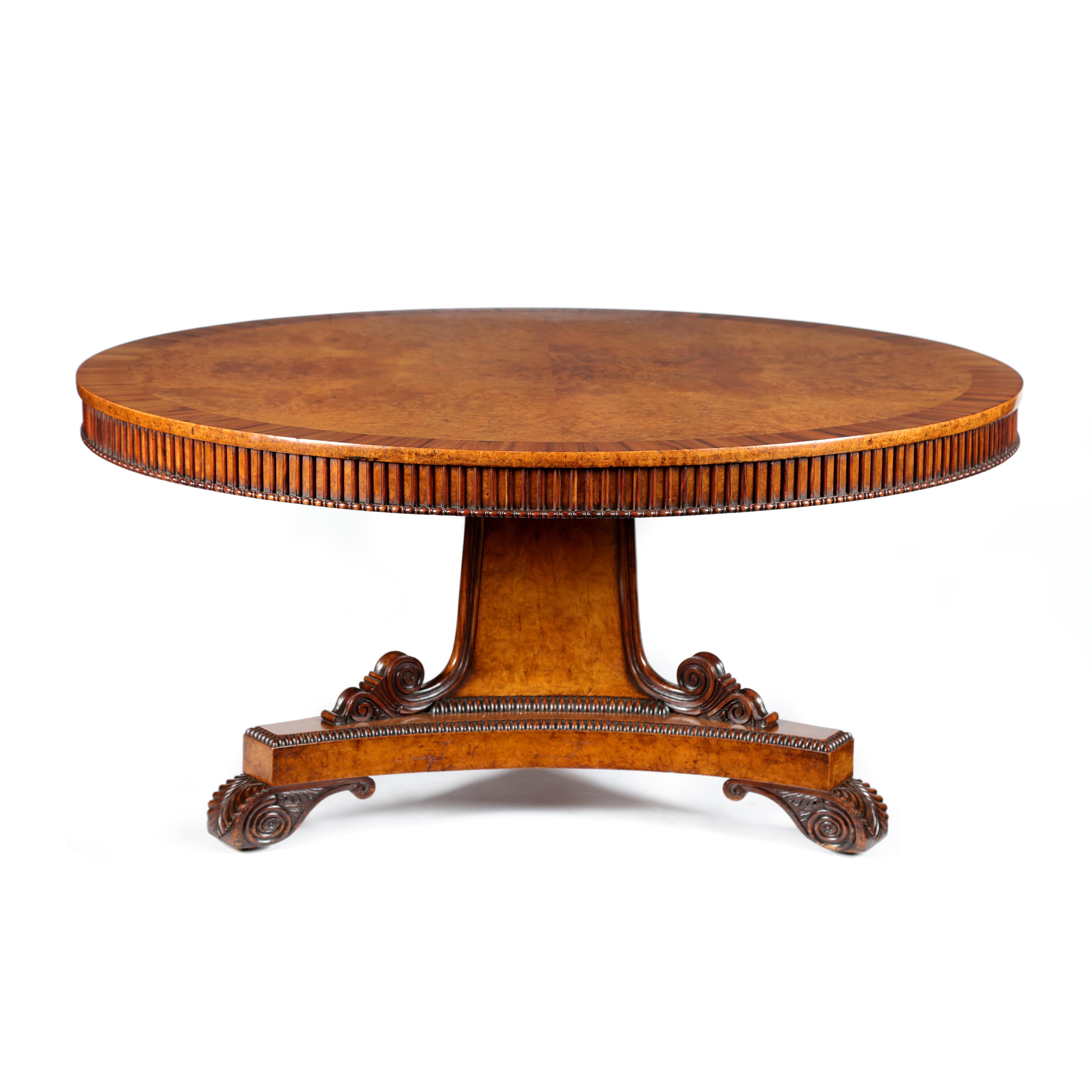 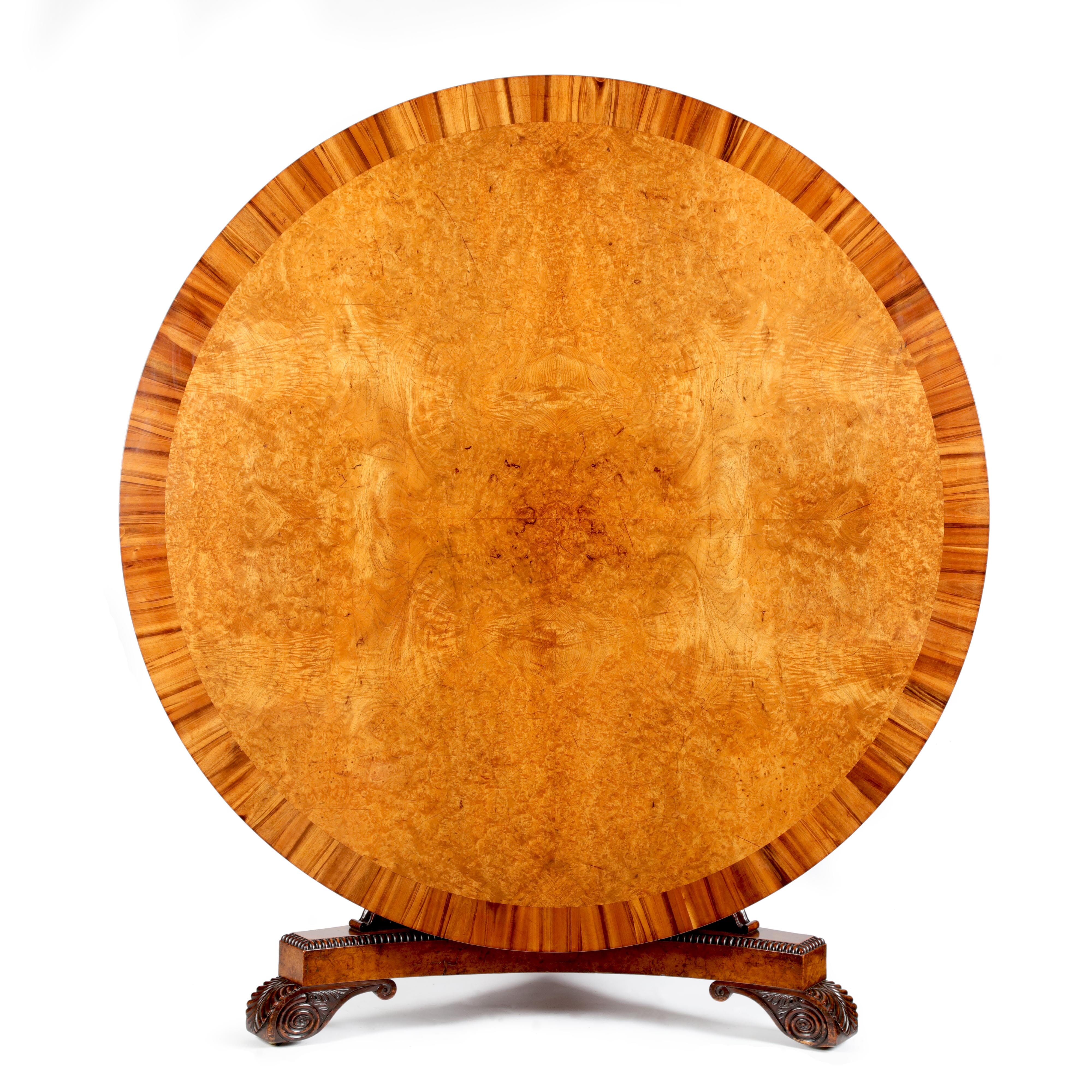 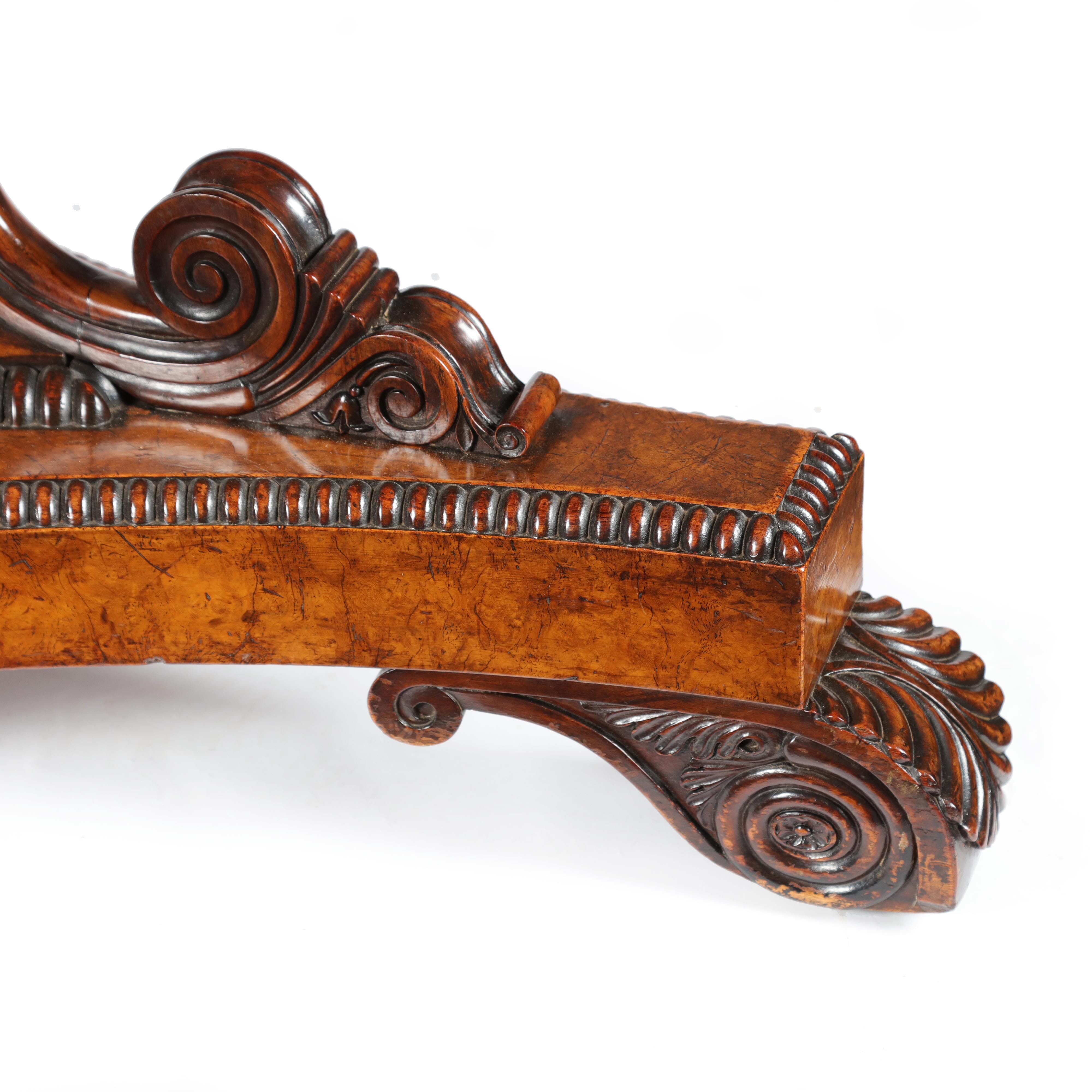 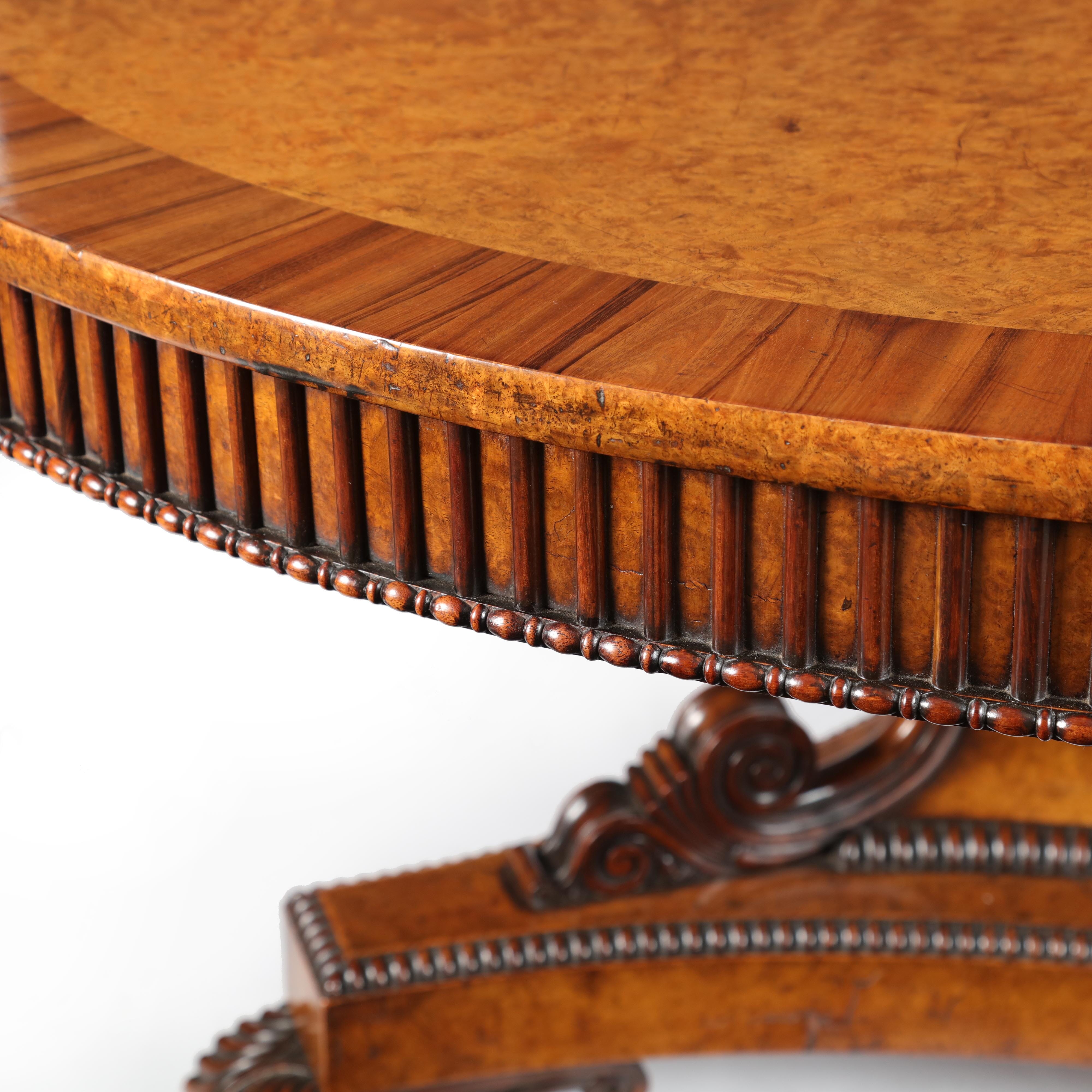 Description: A large and exceptional Regency burr elm and goncalo alves banded centre table attributed to William Trotter of Edinburgh. The beautifully figured, quarter matched top with goncalo alves banding around the circumference. The frieze of burr elm with applied vertical goncalo alves strakes and a lower beaded edge. The table is supported on a triangular tapering, slightly concave, splayed support, with prominent edge mouldings and beautifully carved scroll detailing and sits on a concave tri-partite base with crisp edge beading and is raised on anthemion carved volute scrolled feet. A fabulous and striking piece of furniture, that would absolutely make any grand room or entrance hall.

Further Information: William Trotter was born into a family of merchants in 1772, descended on the maternal side from the family of John Knox, he became a member of The Merchant Company in 1797 and by 1809 he was sole proprietor of the firm Young & Trotter. In 1819 he was elected master of The Merchant Company and from 1825-27 he was Lord Provost of Edinburgh. In 1814-15 he furnished the library and picture gallery which the architect Robert Reid had added to Paxton House for George Home. Trotter continued to trade from 9 Princes Street (the site on which the ‘Balmoral Hotel’ stands today) until his death in 1834. He was regarded as the perhaps the most eminent of all Scottish cabinet makers, enjoying working in a variety of woods particularly elm and pollard oak.