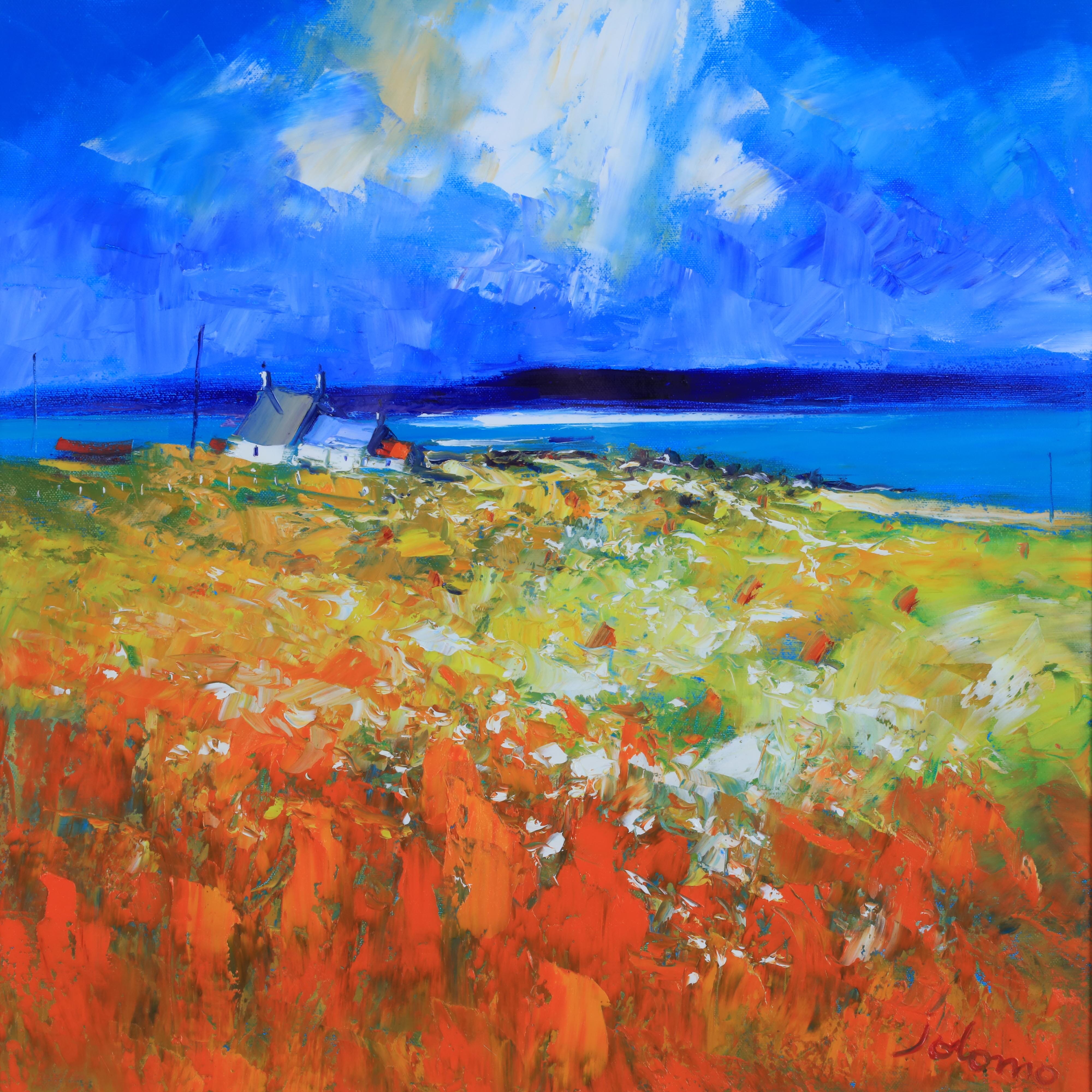 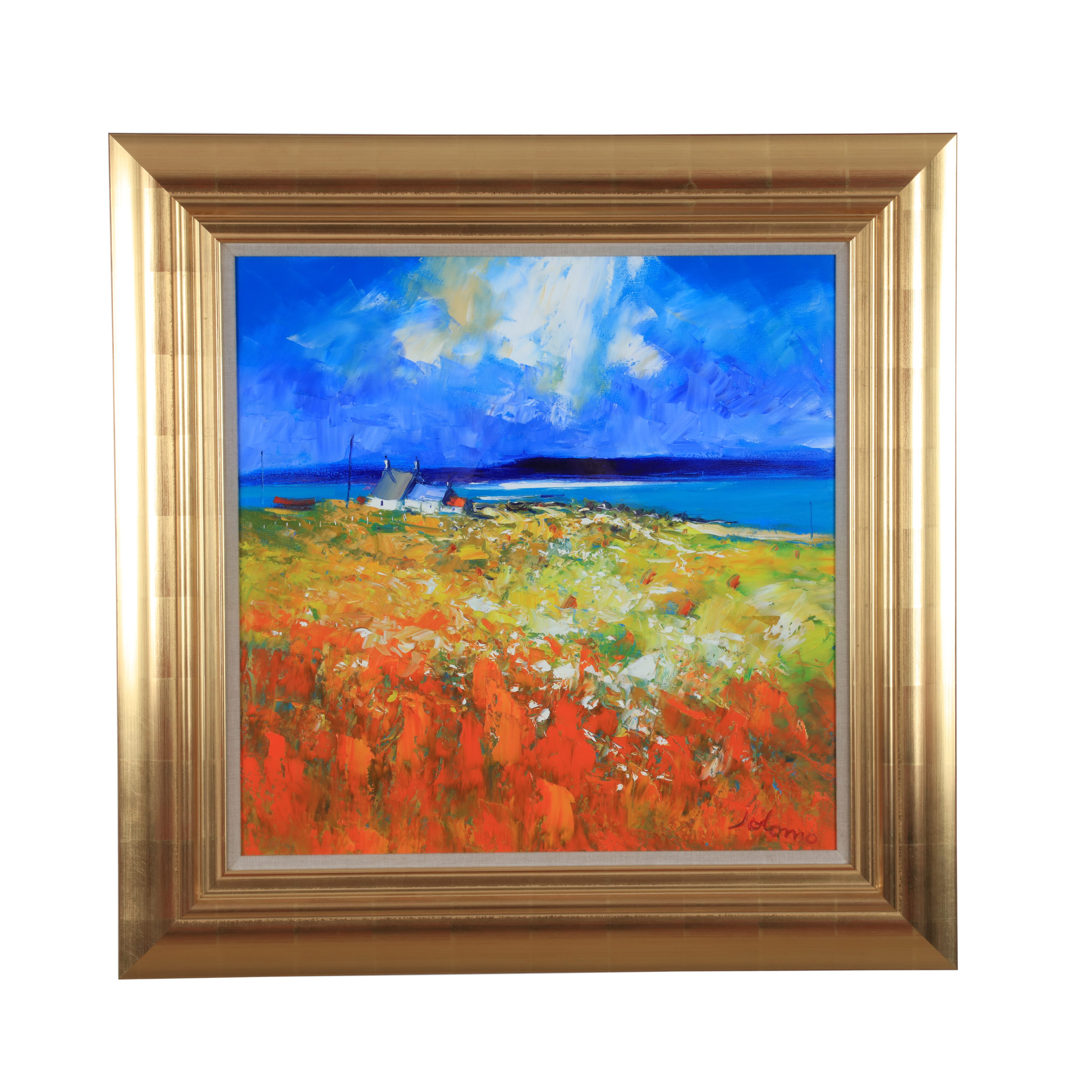 Description: A dramatic and colourful observation of a spring cloud burst over the island of Iona by famous contemporary scottish artist John Lowrie Morrison.

Further Information: Born in 1948 in Maryhill, Glasgow, John is now one of Scotland’s most loved artists. Having studied art at Glasgow School of Art from 1967 to1971, he went on to undertake postgraduate studies at GSA in 1972 and then a Dip Ed in 1973. For more than twenty-five years John pursued a successful career in art education from his base in Argyll, West Scotland, rising to Principal Teacher of Art at Lochgilphead High School and Art Adviser to Strathclyde Region.

Since his first solo show in 1976, "Jolomo" (an abbreviation of his name) has become a highly successful artist. John has become best known for his paintings of the West of Scotland, which are filled with colour and passion. Having given up his teaching career to paint full time in 1997, John has successfully exhibited his work in solo and mixed exhibitions at numerous galleries in Scotland, England, Hong Kong and the USA. His spectacular career has been captured in film in the DVD “I Know Where I am Going” by Mitchell McGlone and in the BBC TV Film, “A Man With the Golden Brush”.

Publications include “The Colour of Life” and “Jolomo - Retrospective”. John frequently features in the media, most recently in the television programmes “Blethering Scots” and “Elizabeth Queen of Scots”. In June 2013, John was honoured with a major retrospective exhibition of his work – A Passion for Colour at the newly refurbished Clydebank Town Hall, Museum & Gallery. John donates a percentage of his sales to charity and makes significant donations of art work to charity each year.

In November 2012, John and his wife Maureen were invited by HRH The Princess Royal to become Vice Presidents of Carers Trust. In Novem- ber 2008 John was presented with an Honorary Doctorate from the University of the West of Scotland, and in November 2009 he received an Honorary Doctorate of Arts from Abertay Dundee University for “A significant contribution to Scottish culture”. In the 2011 New Year’s Honours List John received an OBE for services to art and to charity in Scotland. In 2005 John established The Jolomo Foundation, a charitable body aimed at promoting and encouraging the painting of the Scottish landscape.

Condition: Excellent. Framed by the artist. Labeled and inscribed verso.