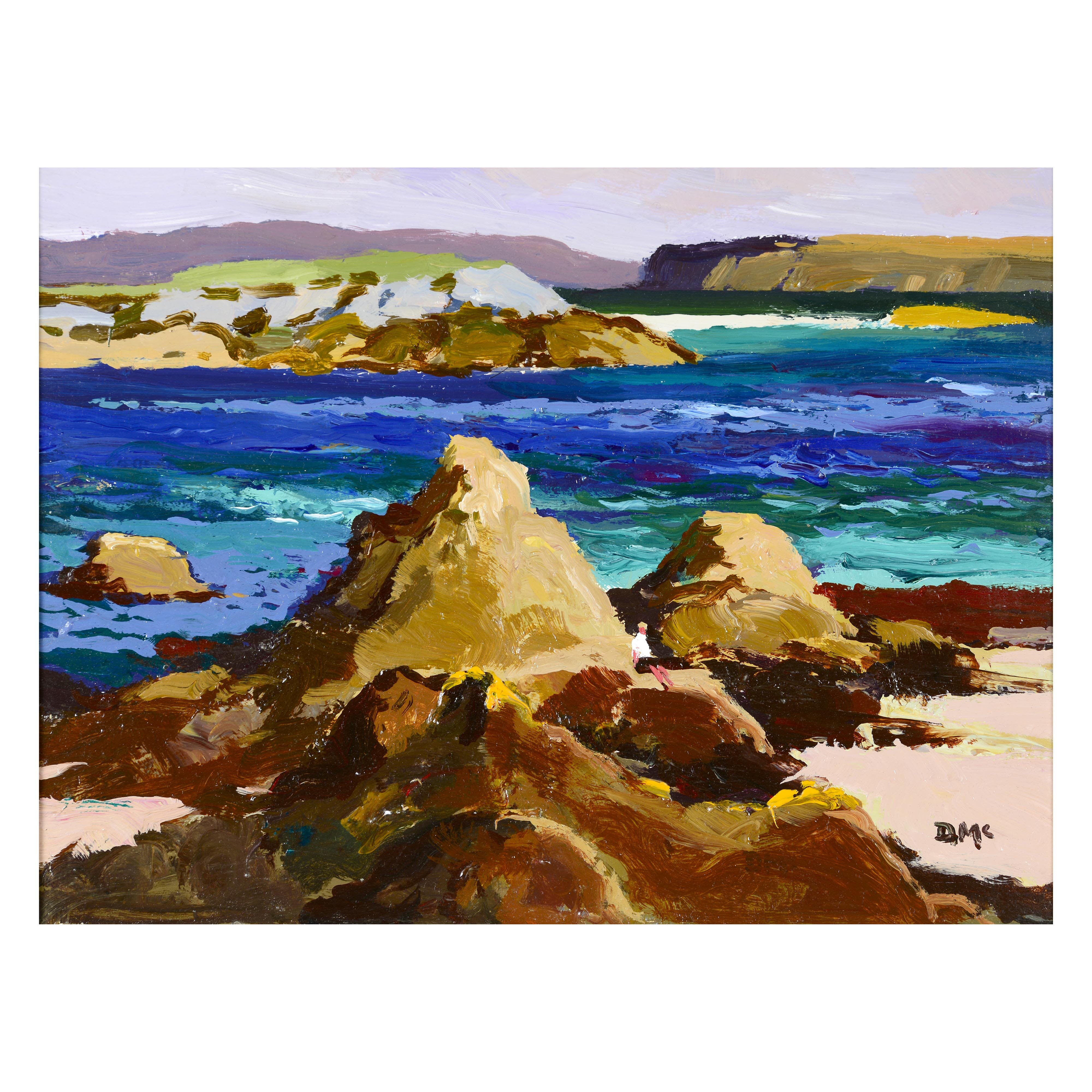 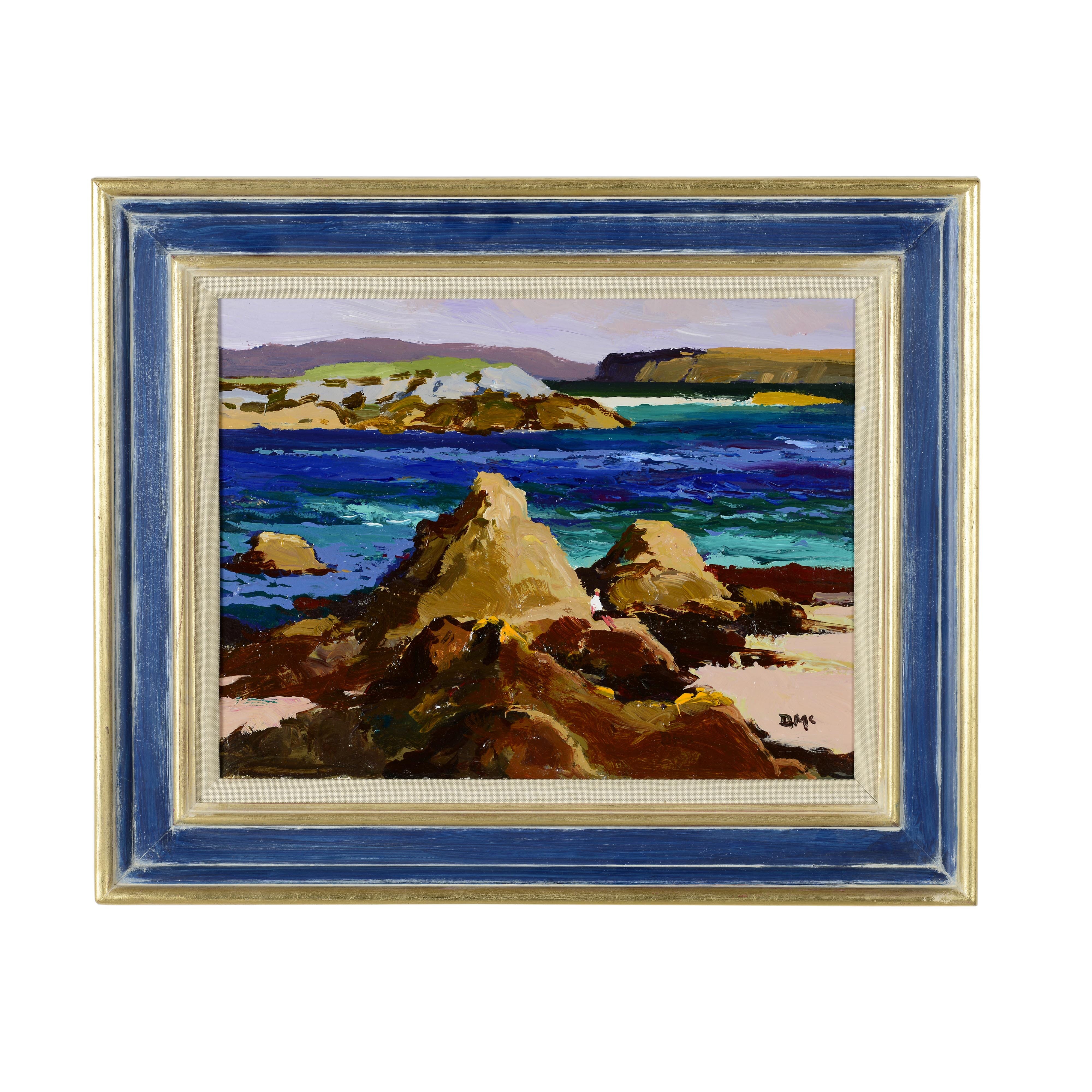 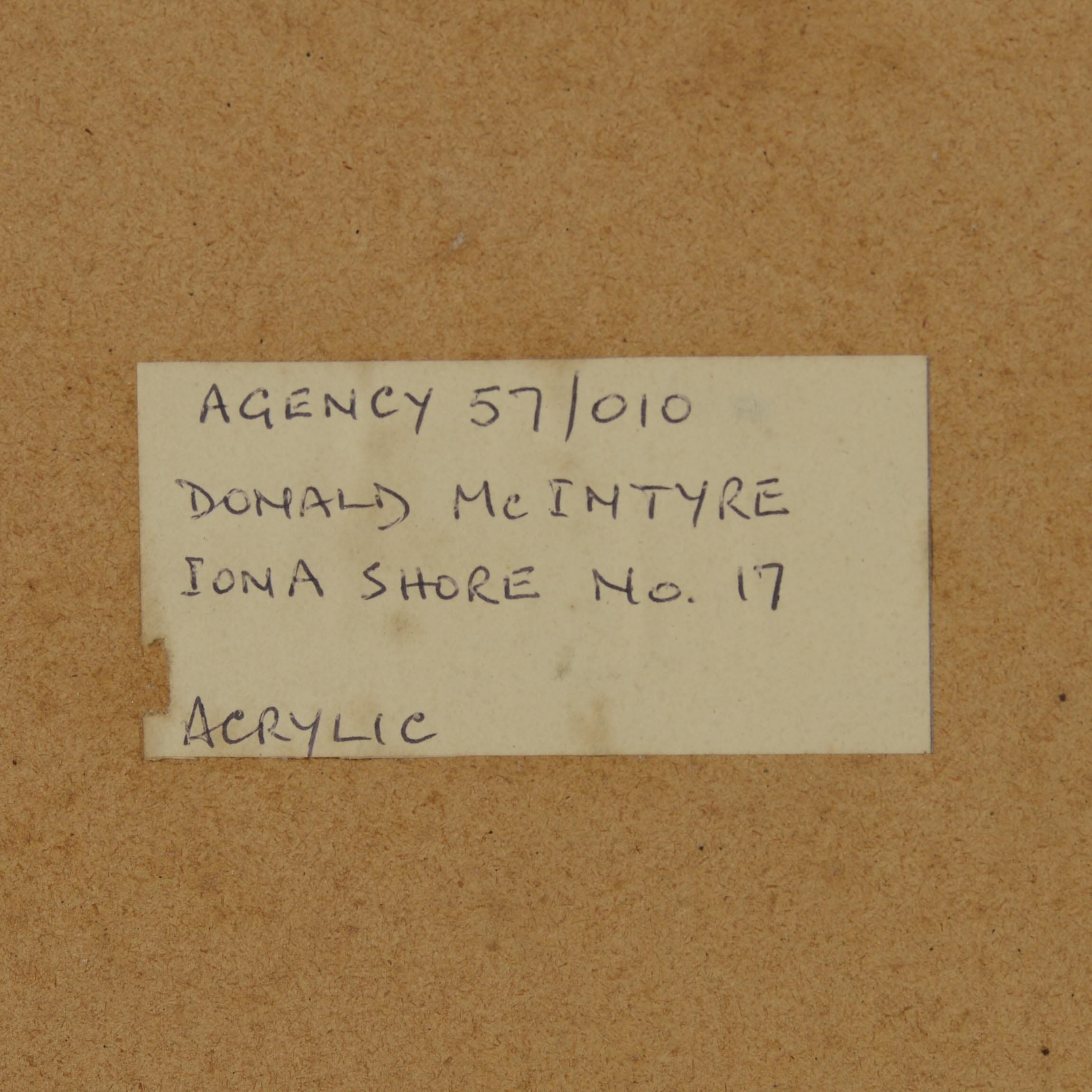 Description: A summer beach scene set on the island of Iona depicting a relaxing figure enjoying the tranquility of the shore, an enchanting image painted by the increasingly popular Yorkshire born artist Donald McIntyre.

He lived in North Wales for some 45 years, spending most summers painting on Iona. Donald McIntyre has exhibited at the Royal Academy, Royal Scottish Academy, Royal Society of Marine Artists, the Fosse Gallery and in the Galleries Racines, Brussels; he was a member of the Royal Cambrian Academy of Art. Donald?s work is in the permanent collections of H.R.H. The Duke of Edinburgh, Robert Fleming Holdings plc, The Williamson Art Gallery (Birkenhead), Newport Art Gallery, Merthyr Tydfil Art Gallery, The Welsh Arts Council, The National Library of Wales, The Welsh Contemporary Art Society, Anglesey and Gwynedd Education Authorities, University of Wales, Department of the Environment, British Steel, USA Embassy (London) and London University.