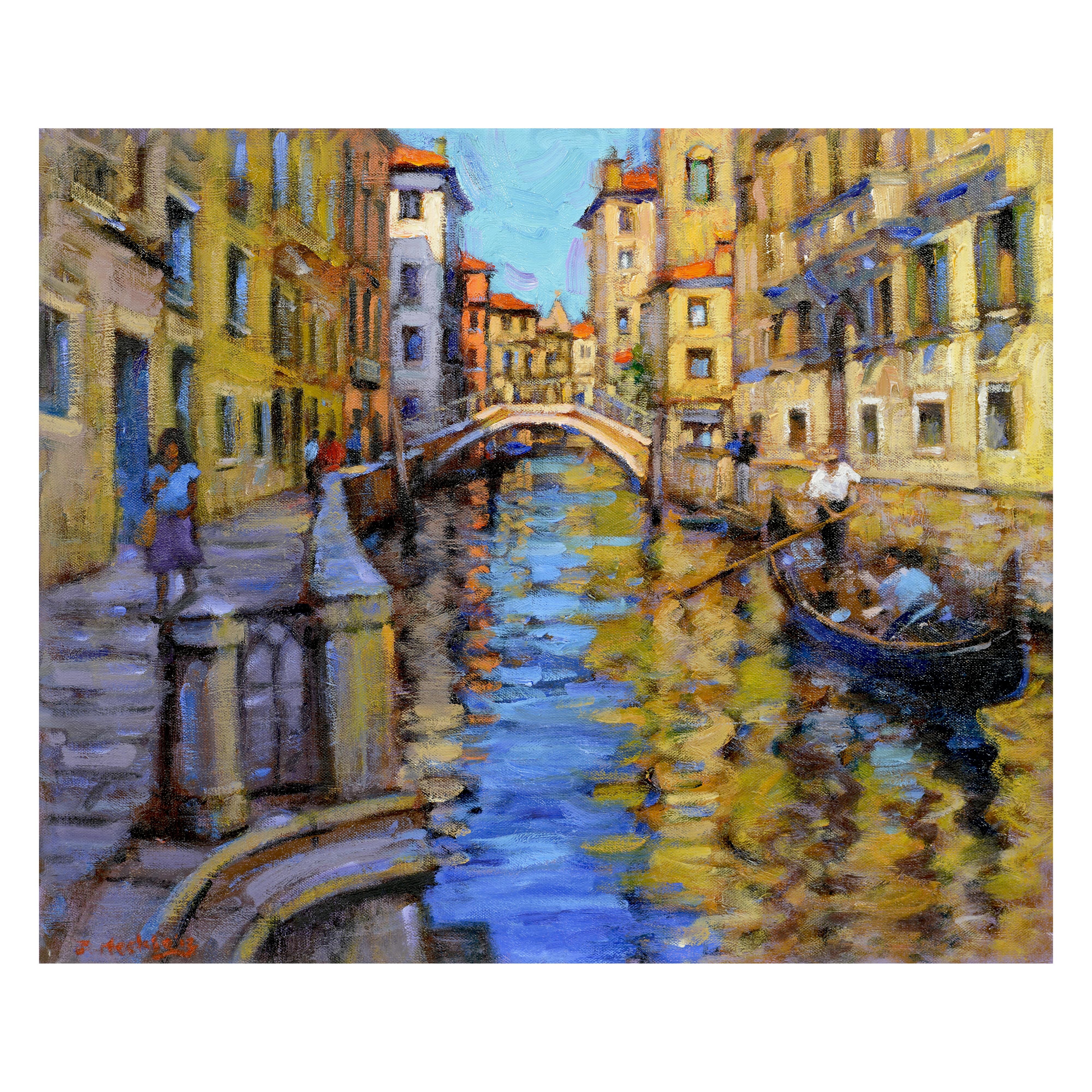 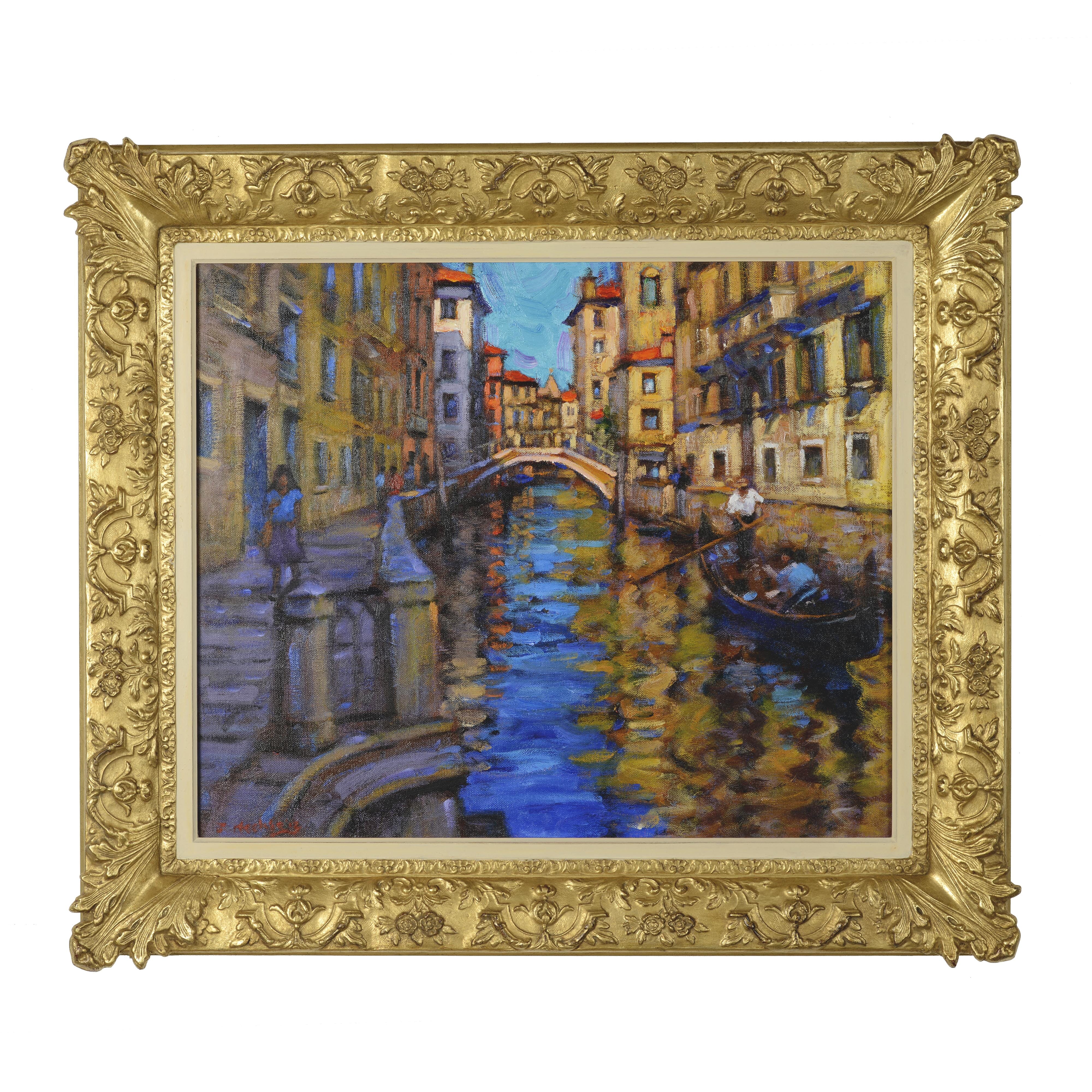 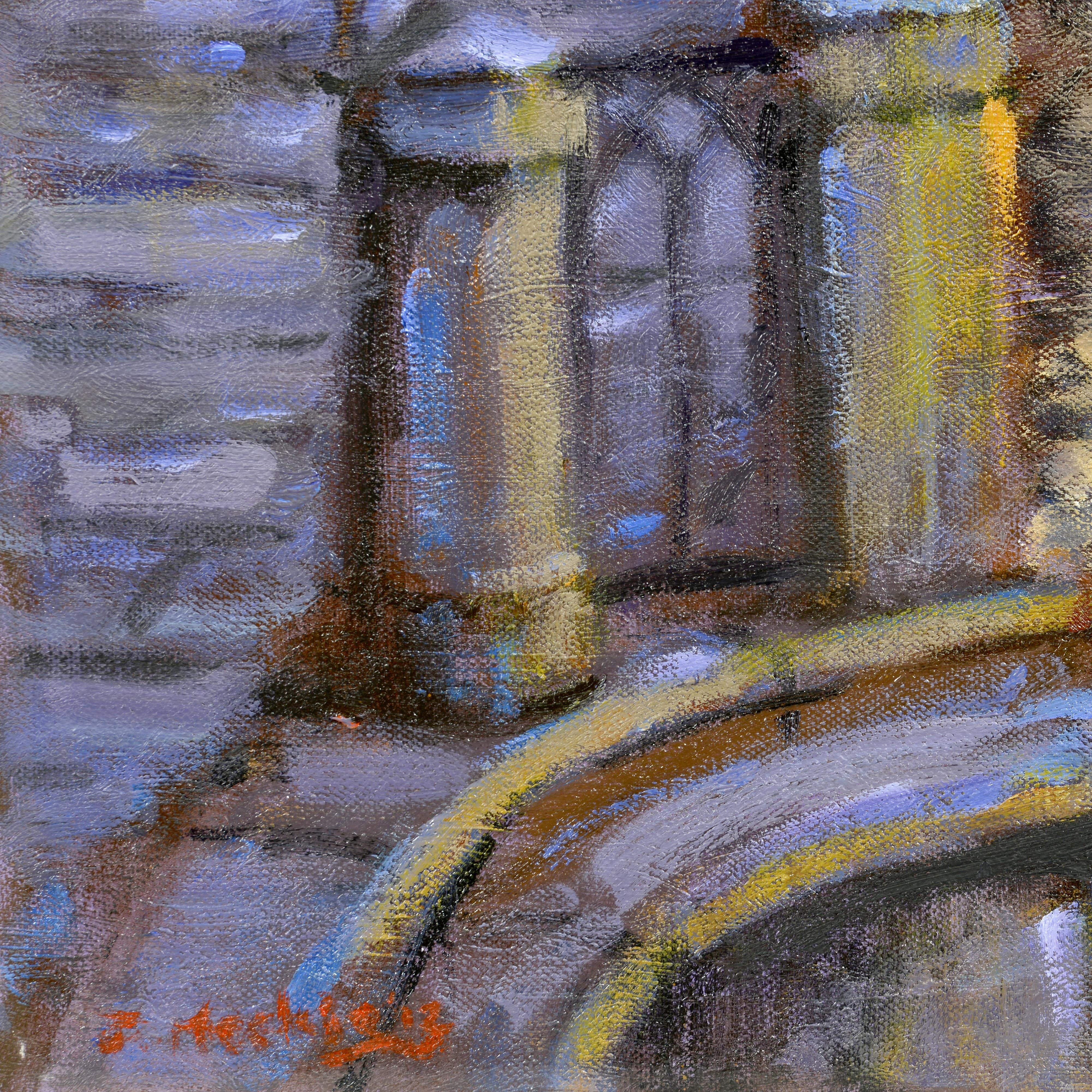 Description: A charming scene from the canals of Venice, painted by Scottish artist John Mackie.

Further Information: John Mackie was born in Glasgow in 1953, although today he lives in Haworth, Yorkshire. His love of drawing using bright colours began at a very early age. John Studied Drawing and Painting at the Glasgow School of Art(1973-76) under David Donaldson who was the Queens Limner for Scotland (The Queens Portrait Painter for Scotland). David Donaldson was one of the top Portrait Painters in Britain and in 1974 when approached by Bailey Gerald Magrath he recommended John to do his official Portrait. Amongst others were Michael Kelly (Lord Provost of Glasgow) and Duncan Miller (Council Officer for the City of Glasgow). John has always acknowledged David Donaldson's importance and influence.

It was whilst studying at the Glasgow School of Art that he was first introduced to the works of Monet, Renoir and Pissarro. In particular the influence of Monet can be seen in his own painting style and his is an obvious love of impressionist work. Mackie has exhibited widely in various galleries across the UK and in over 30 years has built a considerable body of collectors. He has exhibited successfully at The Royal Scottish Academy and also internationally in the USA, Germany, London, Ireland and elsewhere. We are delighted to offer works by this excellent contemporary artist.

Provenance: Direct from the artist.