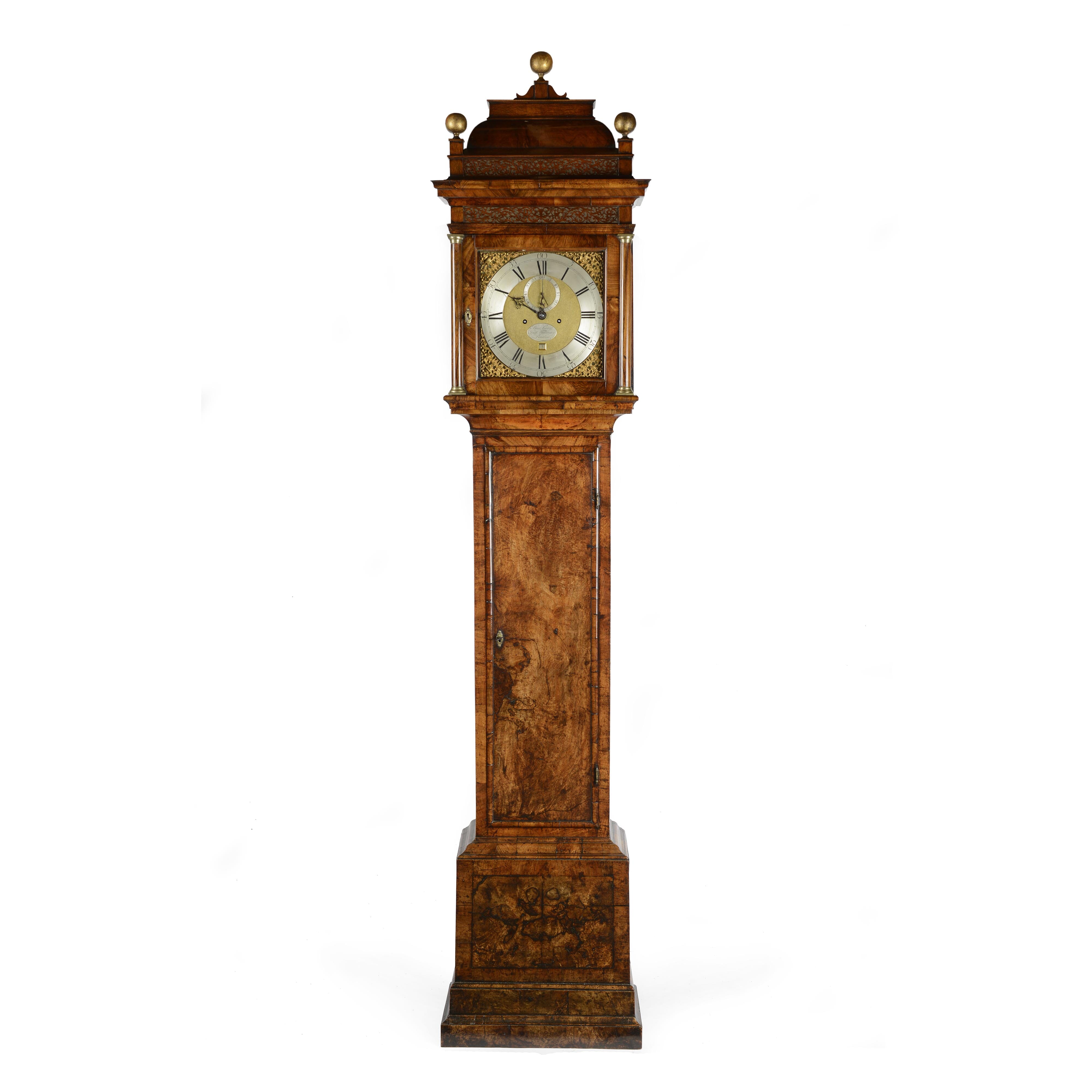 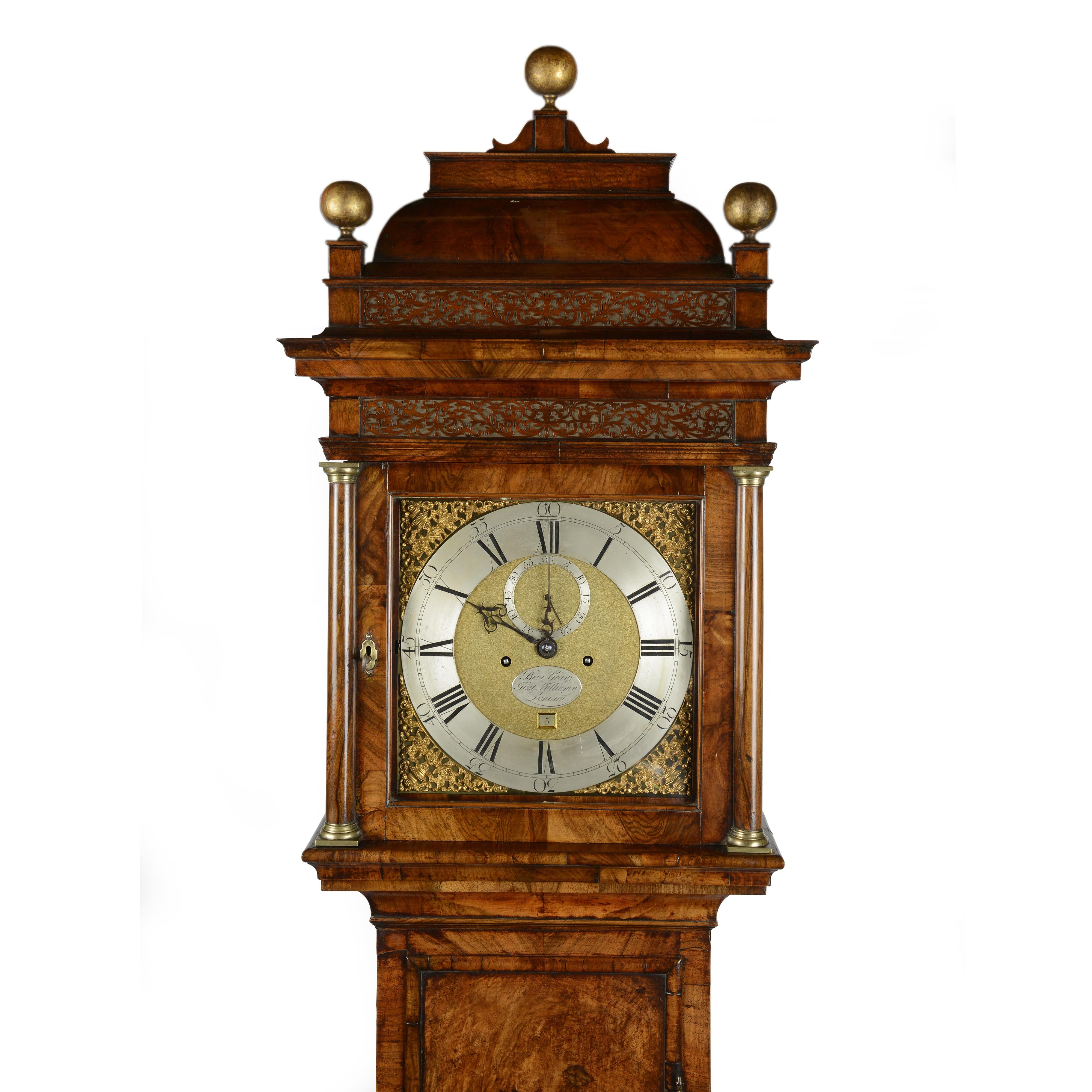 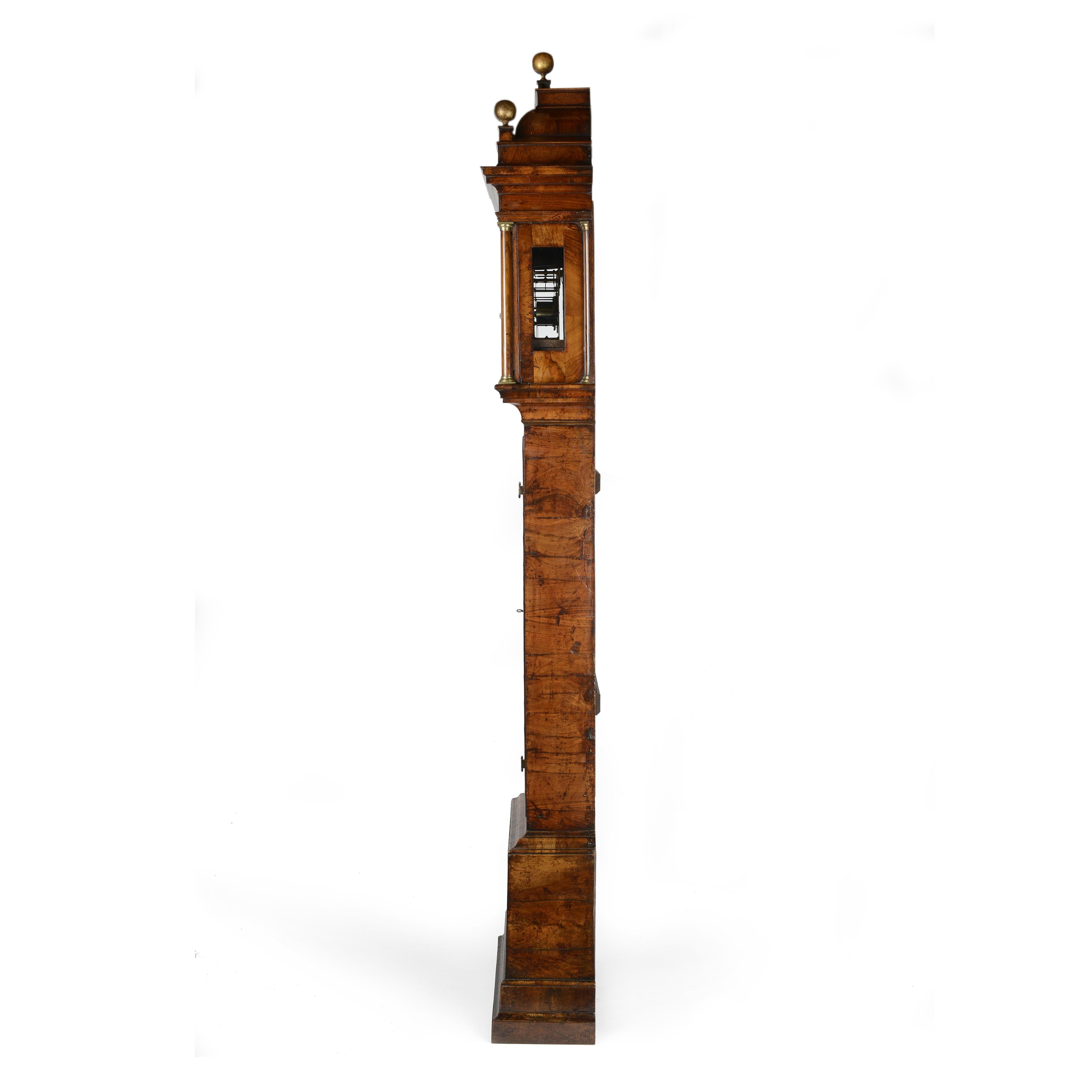 Description: A superb George II figured walnut longcase clock by one of the most eminent partnerships of the Georgian period, Benjamin Gray & Justin Vulliamy.

The elegantly proportioned Tompionesque case veneered with highly figured walnut of fine colour and good patination. Standing on a double plinth, the case rises to a caddy top with three giltwood ball finials.

The five pillar movement, with twelve inch square brass dial mounted with well-cast urn spandrels, a silvered chapter ring, matted brass centre and a large subsidiary seconds dial, a particular feature of Gray & Vulliamy clocks of this period. Above six o'clock is an aperture to view the day of the month and there is a silvered cartouche signed by the makers and applied to the matted centre.

The high quality bespoke movement has eight day duration with rack strike and sounding the hours on a bell.

The clock is complete with apparently the original steel rod pendulum with large bob and calibrated rating nut beneath and a pair of brass cased weights which again appear to be original.

Further Information: Justin Vulliamy arrived in London from Switzerland c1730. He married Benjamin Gray's daughter and in 1743 he joined his father-in-law in partnership in Gray's already well-established business in St James's Street before moving to Pall Mall in 1752. Gray was appointed Clockmaker to George II in 1744. The partnership developed a great reputation as innovative makers of fine clocks and watches. The Royal association was maintained by the Vulliamy family until the mid-nineteenth century.

Provenance: Private collection Cambridge. This clock has been with the same family for over 60 years.