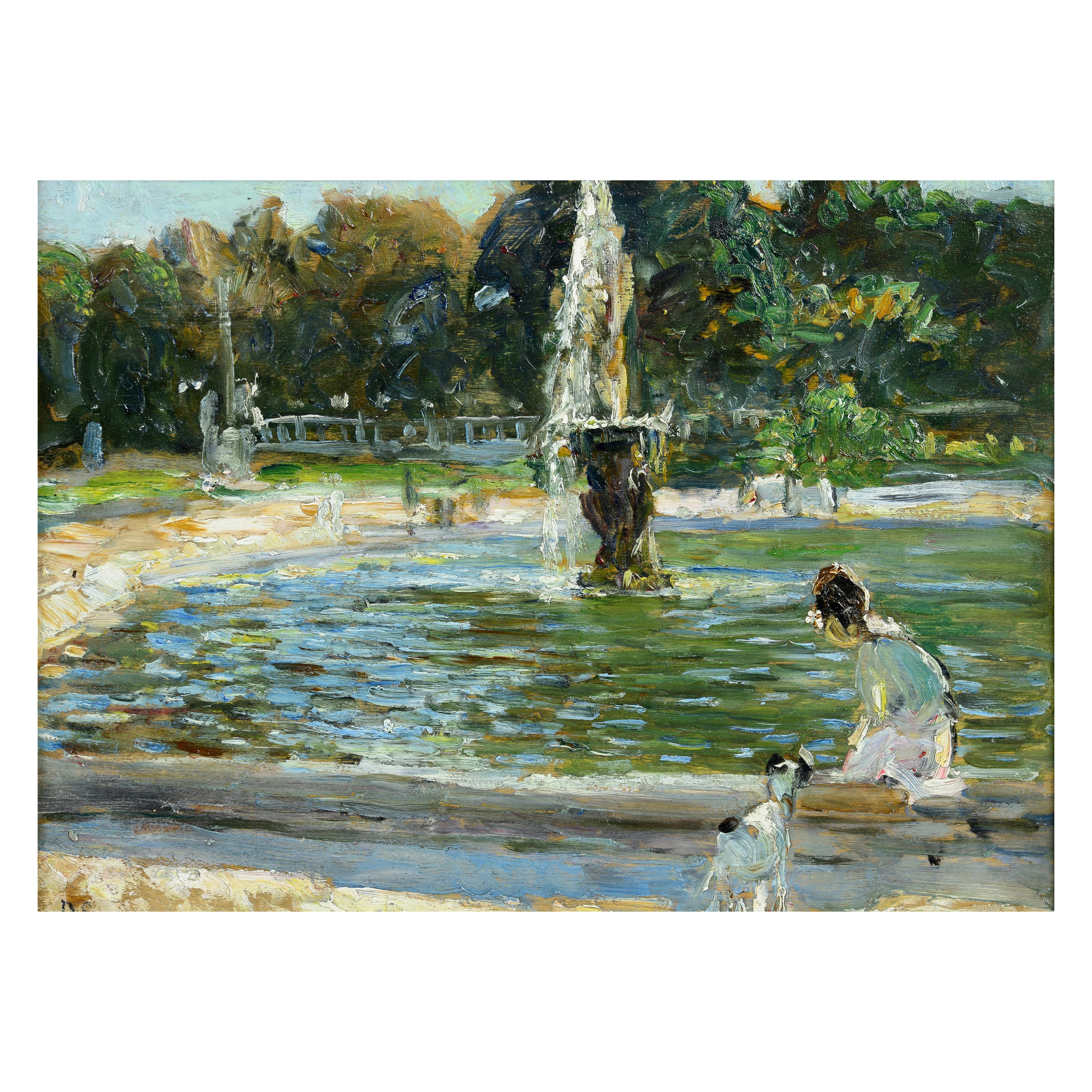 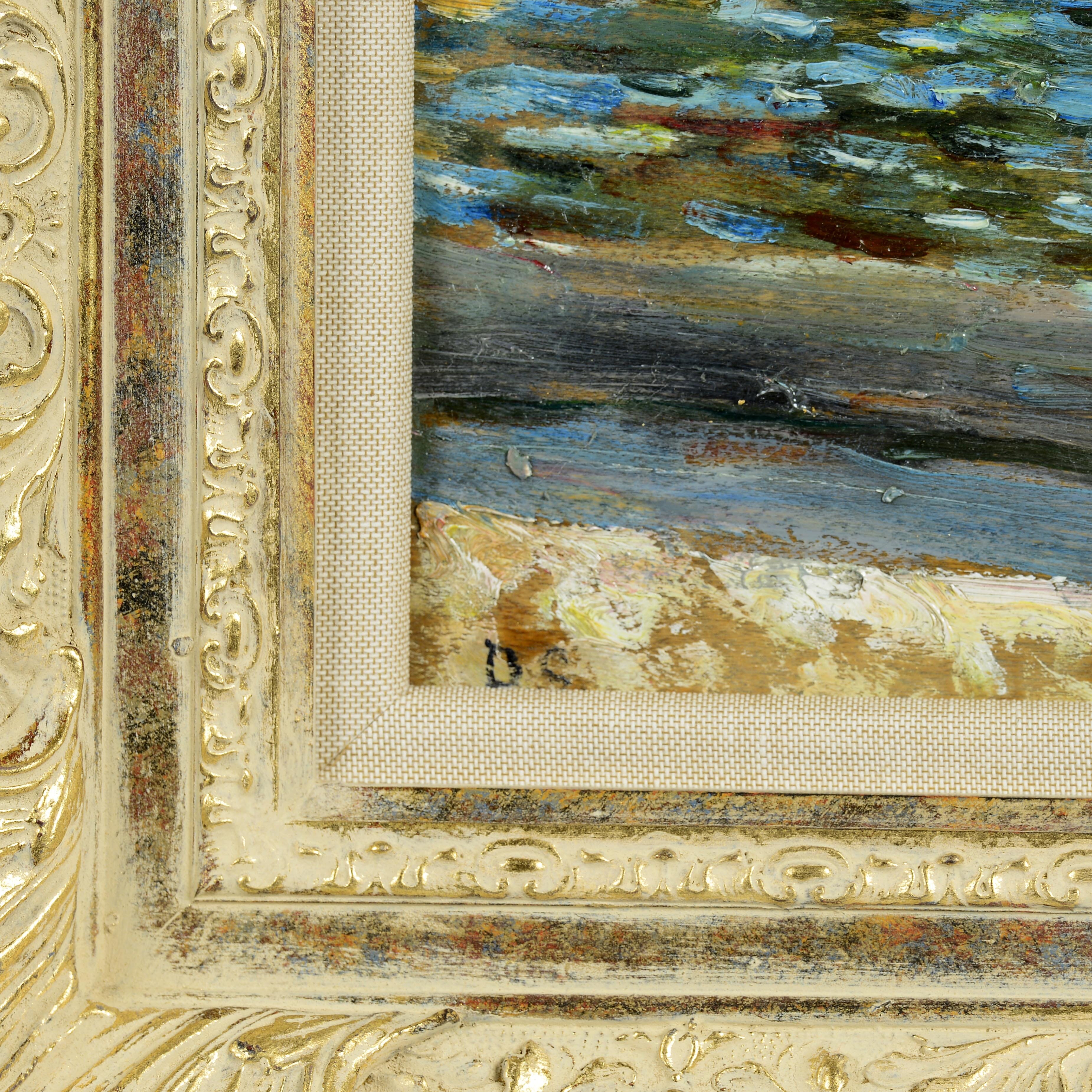 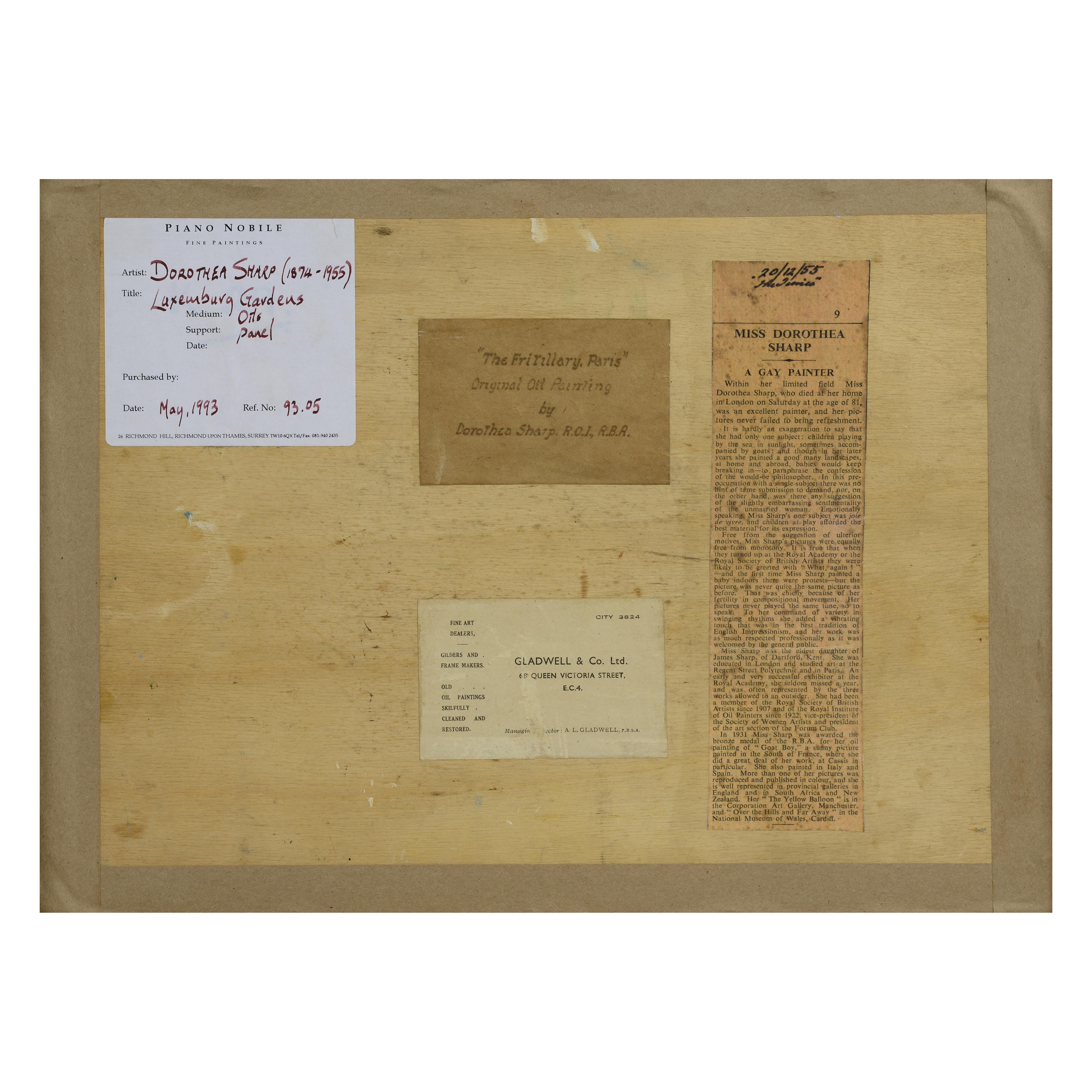 Description: A relaxed and calming study of the Luxembourg Fountain in Paris as seen in the wonderfully vibrant style of Dorothea Sharp one of the most recognised and talented modern British era artists. This painting inscribed on the rear in Dorothea?s own hand is probably inspired by a still life by Vincent Van Gogh of the same name, also painted in Paris.

Further Information: Born at Dartford in Kent, it was not until the age of twenty-one that Dorothea Sharp seriously took up painting. The death of an uncle, who left her one hundred pounds, enabled to study at the art school run by C. E. Johnson, RI, in Richmond, Surrey. She then attended the Regent Street Polytechnic where she was greatly encouraged by Sir George Clausen and Sir David Murray, visiting critics to the Polytechnic Sketch Club. It was in Paris that Sharp achieved her complete artistic development. There she studied under Castaluchio. It was the work of Claude Monet, however, that was to have a profound and lasting effect on her art, resulting in the highly impressionistic and spontaneous style that she was to adopt for the rest of her life.

Condition: Excellent. The painting has been lightly cleaned and re-framed in a modern British style frame.

Artist & Painting: Dorothea Sharp RBA, ROI, VPSWA, British (1874-1955) "The Fritillary, Paris" oil on board, circa 1947. Signed with intials lower left. With name and title label verso in artists own hand.