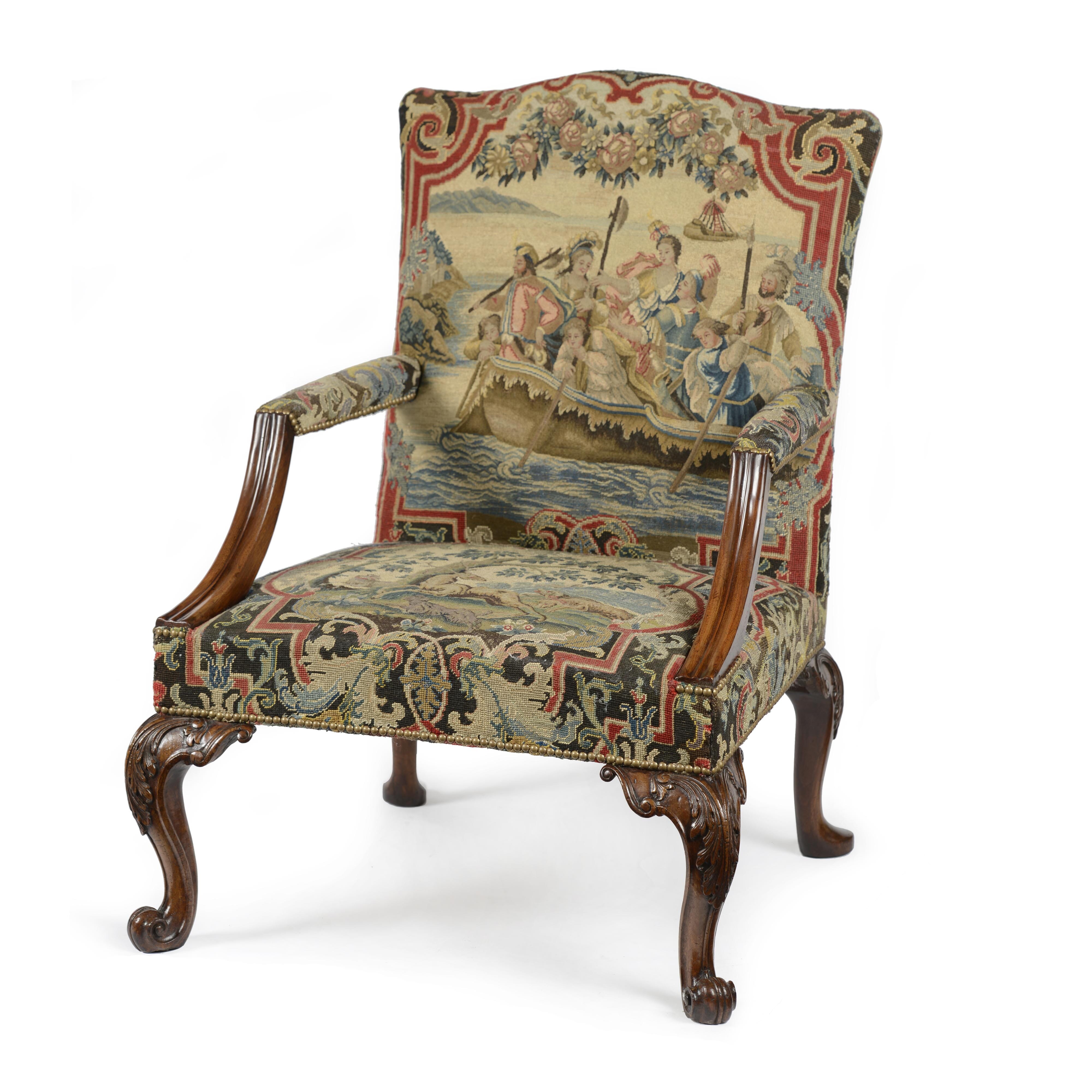 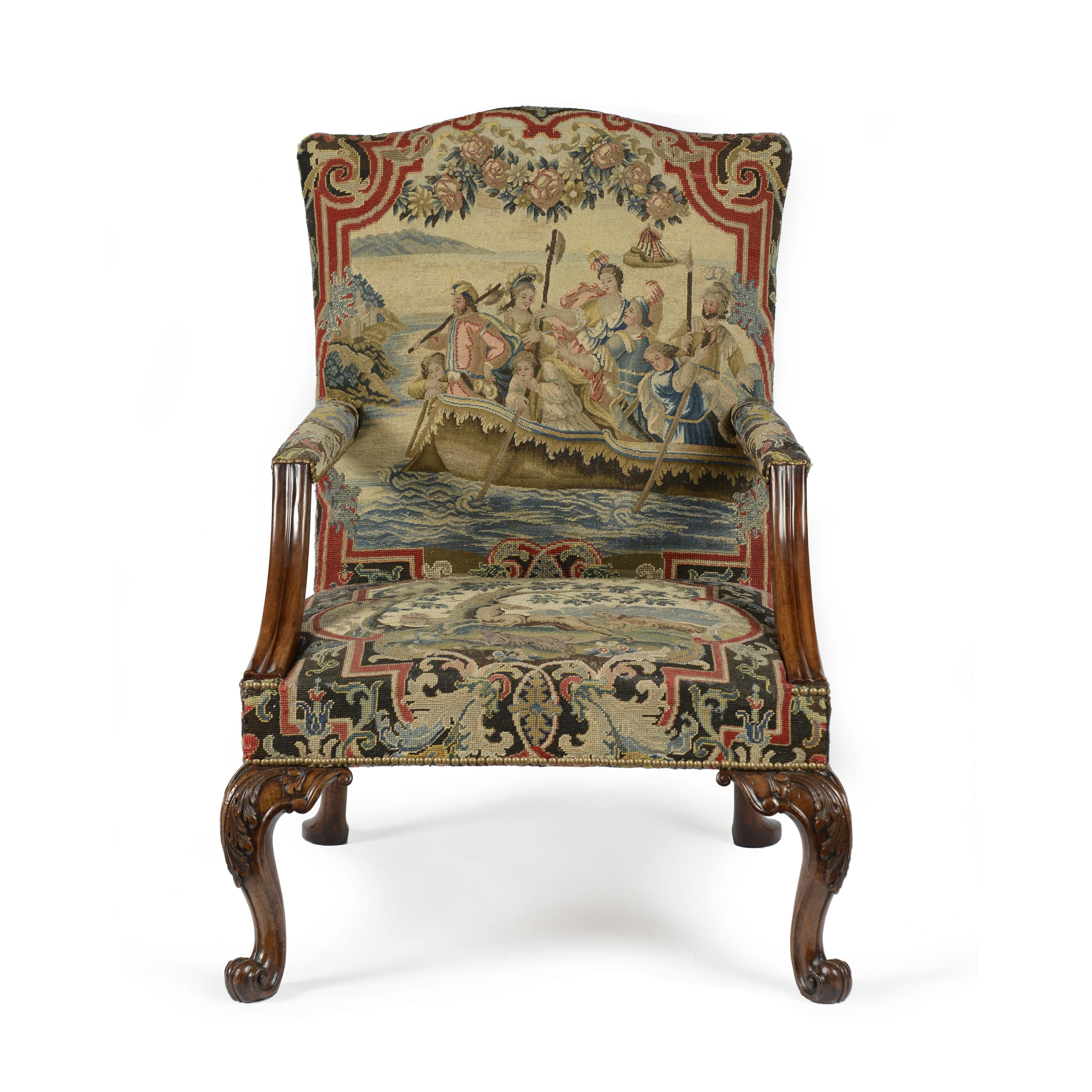 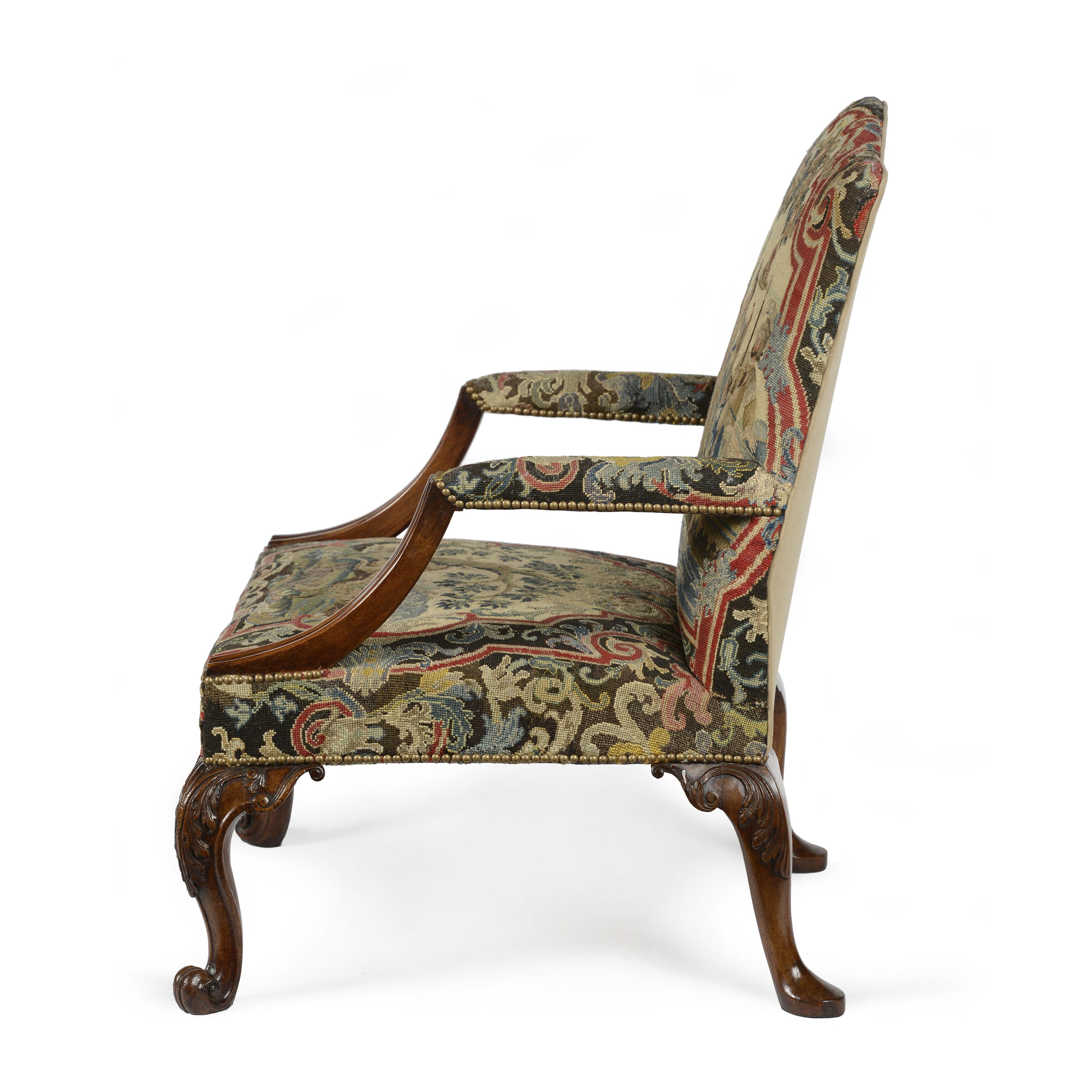 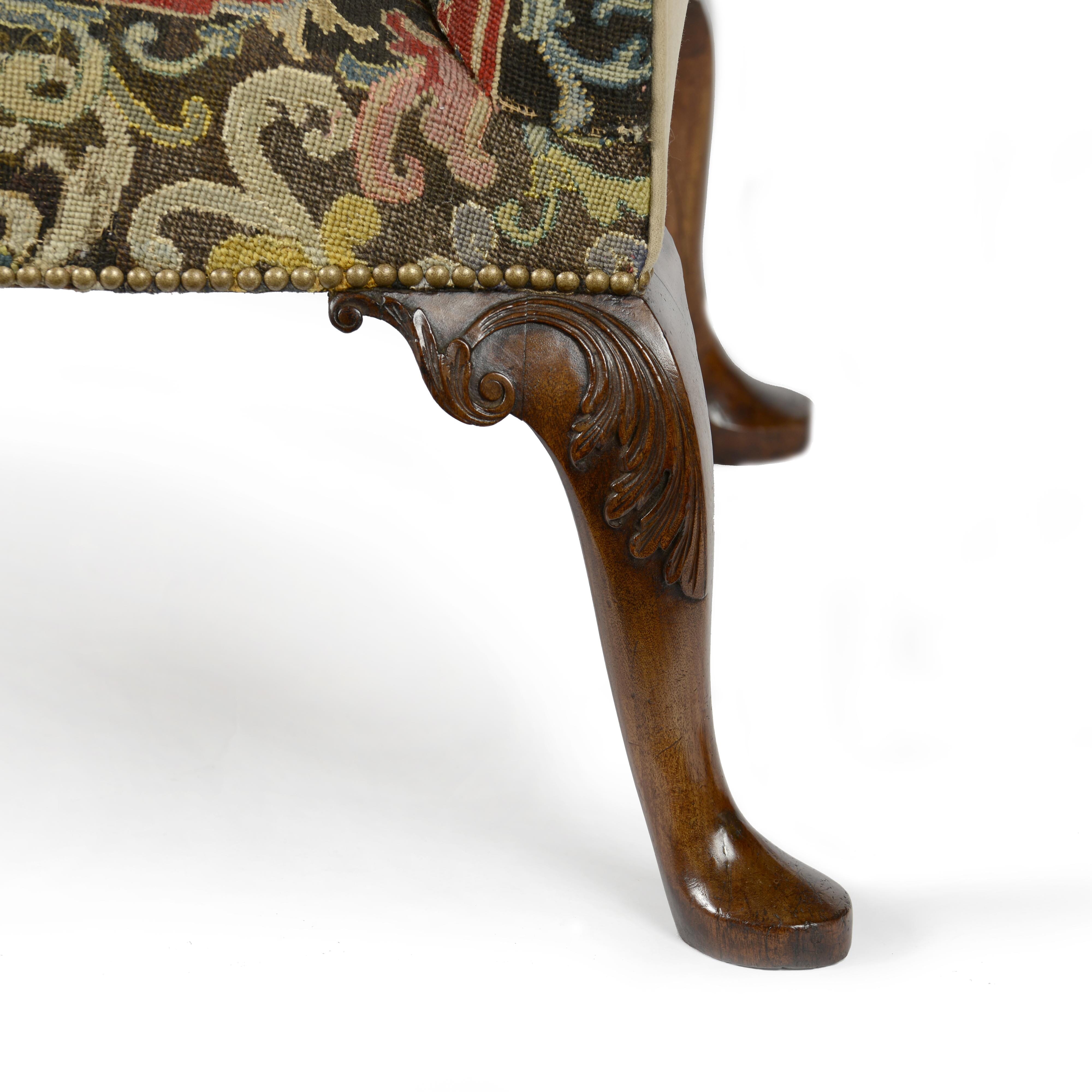 The front legs of cabriole form with crisply carved acanthus knees, with s-scrolls forming the ears and flowing down to a carved curled toe. The back legs again of cabriole form, with carved s-scroll ears and acanthus carving to the side of the knee, they rake back steeply and terminate in a pad foot.

The needlework of petit-point and gros-point design featuring two scenes, one of warrior maidens and the second of a deer being hunted by a wolf. The design of the needlework follows the lines of the chair closely and it has been suggested that this may in fact be the original needlework. A stunning chair of fabulous quality in terms of carving and textiles, an extremely rare piece.

Further Information: Matthias Lock,(1705-1765) was a designer and maker of his own furniture, and in his later years took inspiration from and also supplied some of the furniture designs from the first edition of Thomas Chippendale's The Gentleman and Cabinet-Maker's Director, published in 1754. The toe on this piece corresponds to known pieces from this maker including a chair at the V&A museum in London.

Maker: In the manner of Matthias Lock