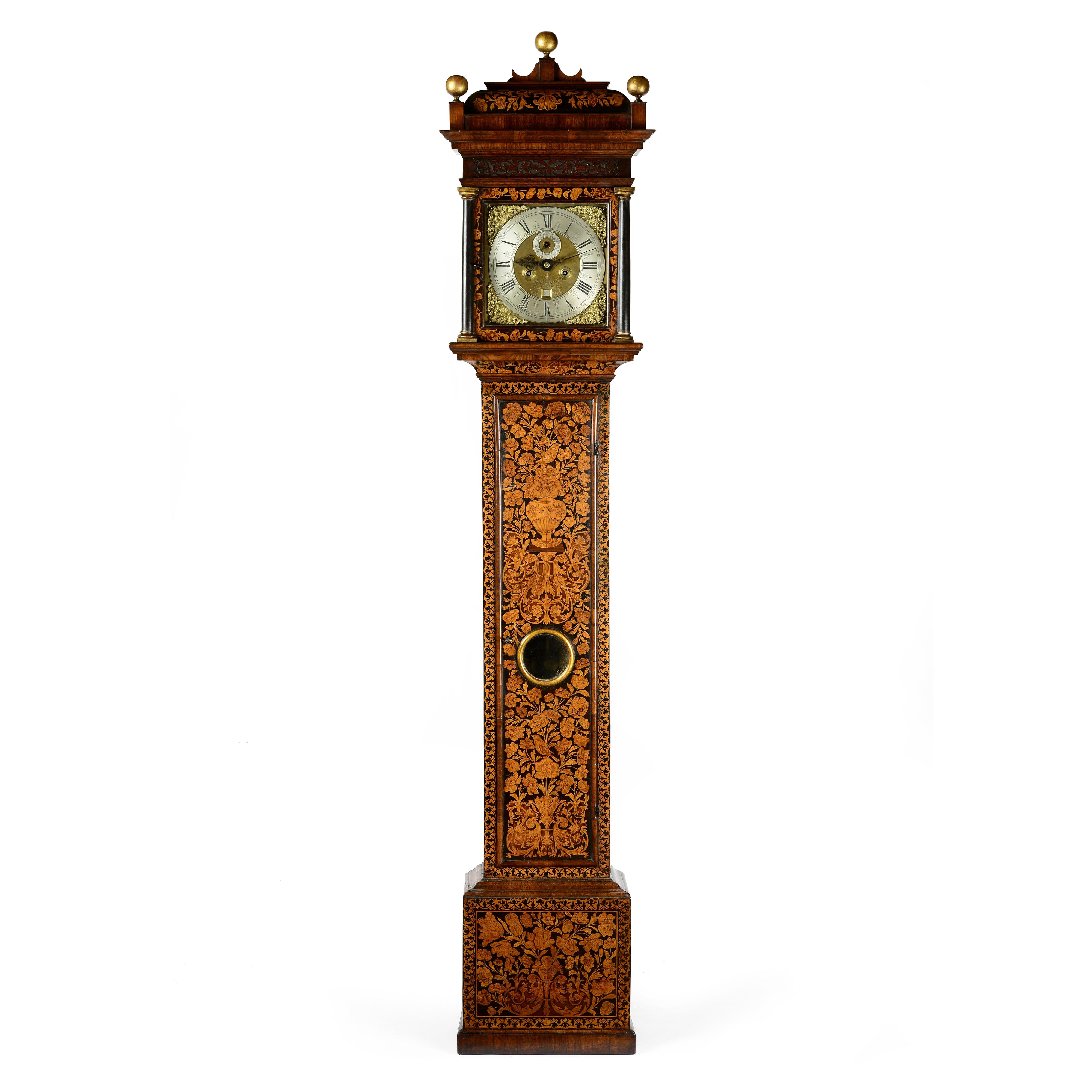 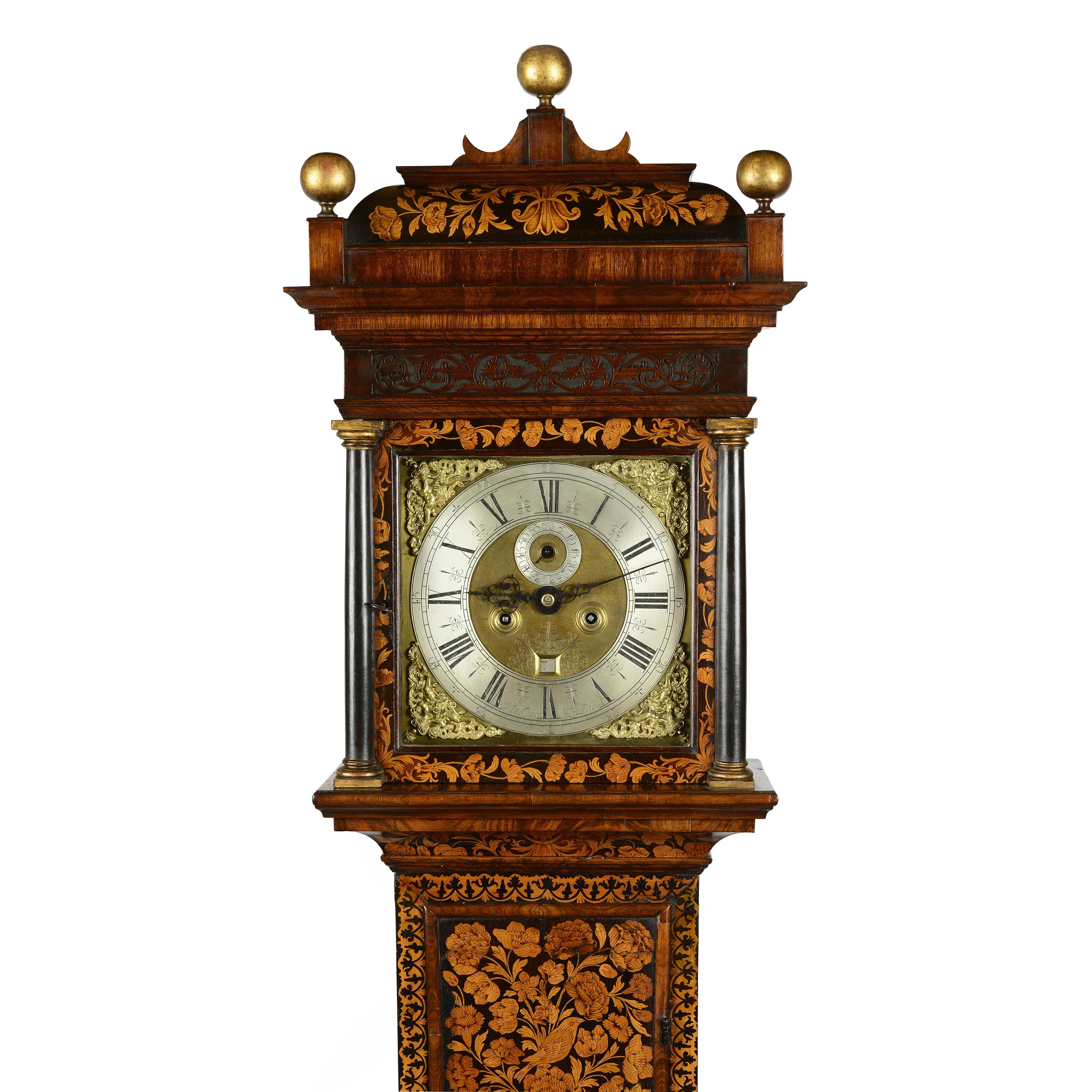 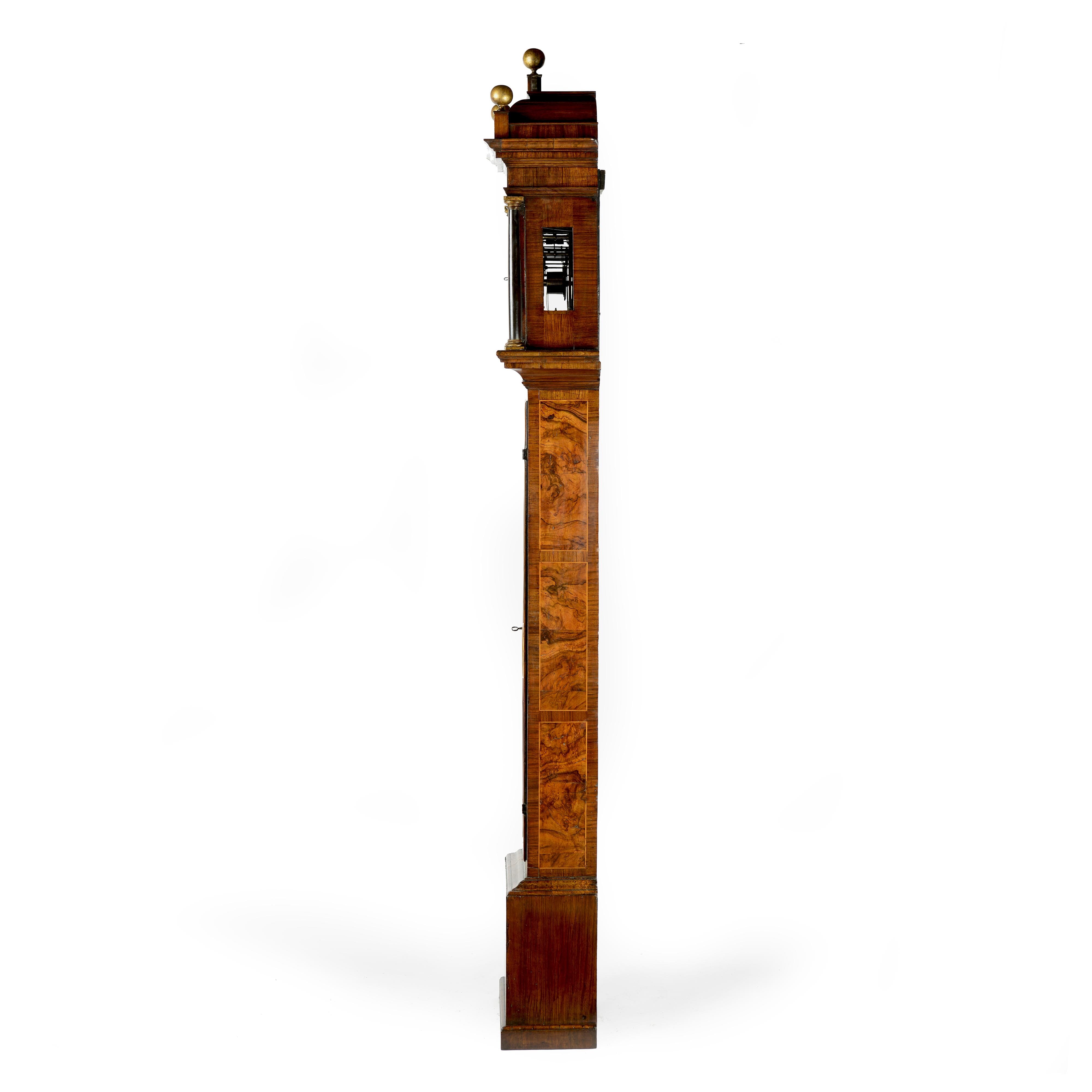 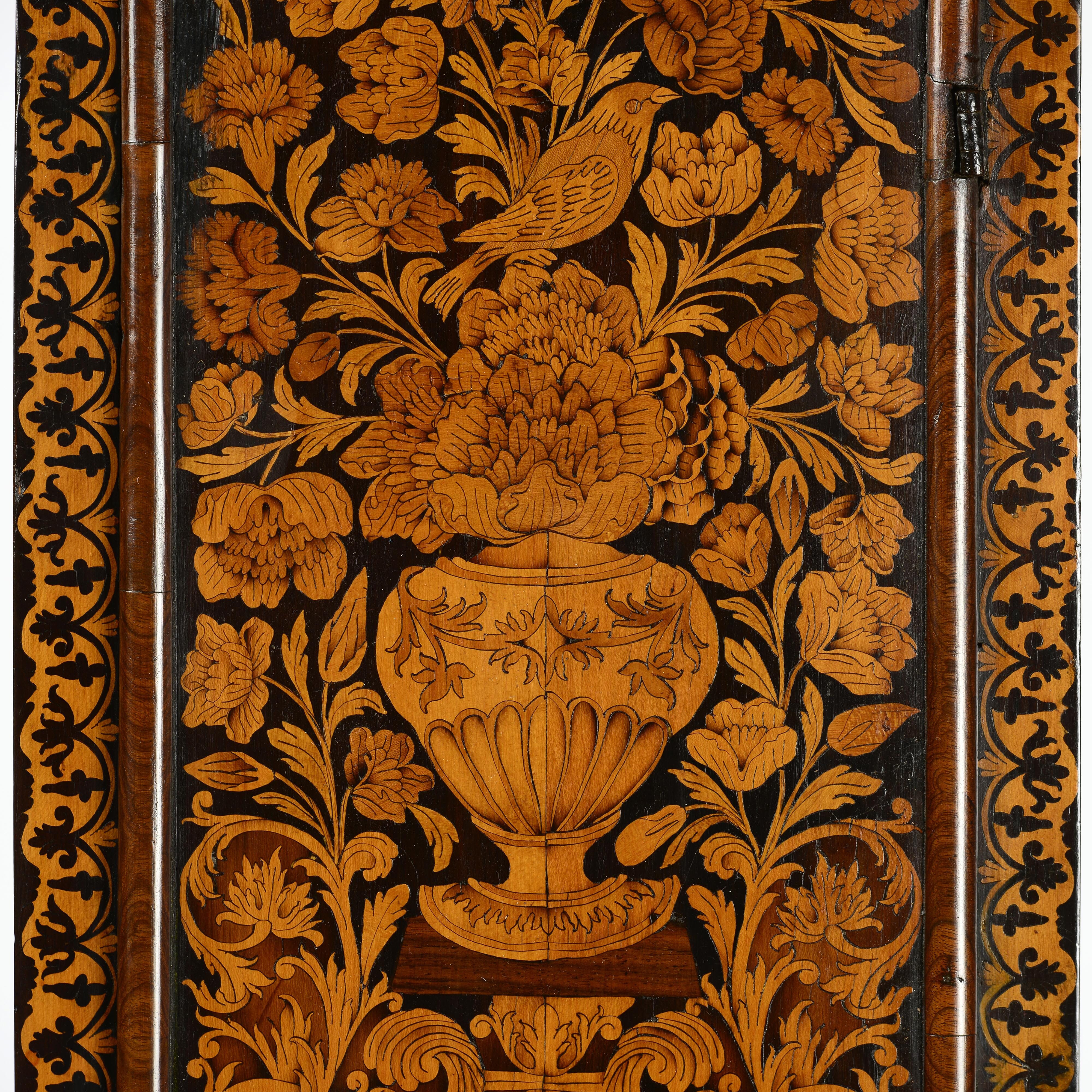 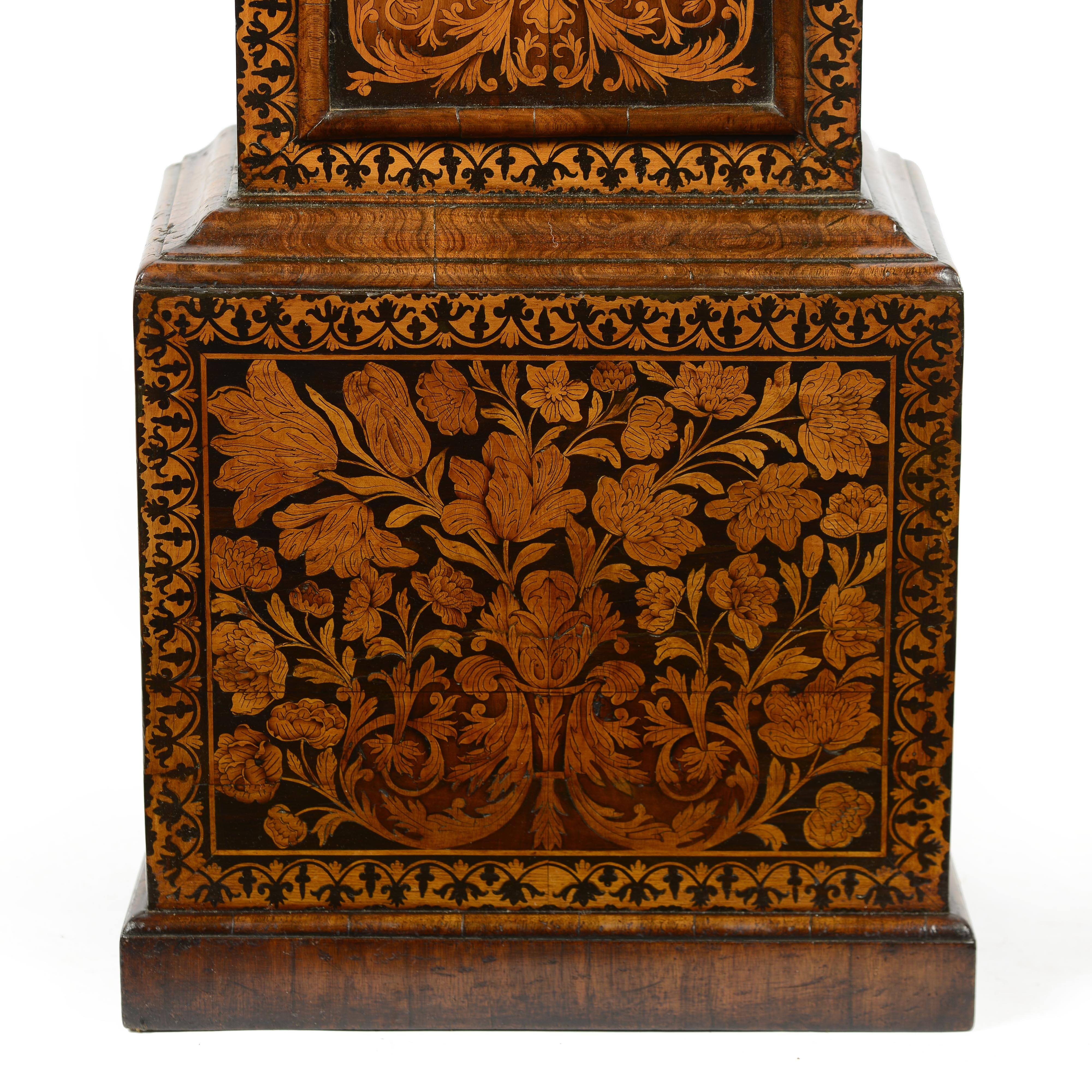 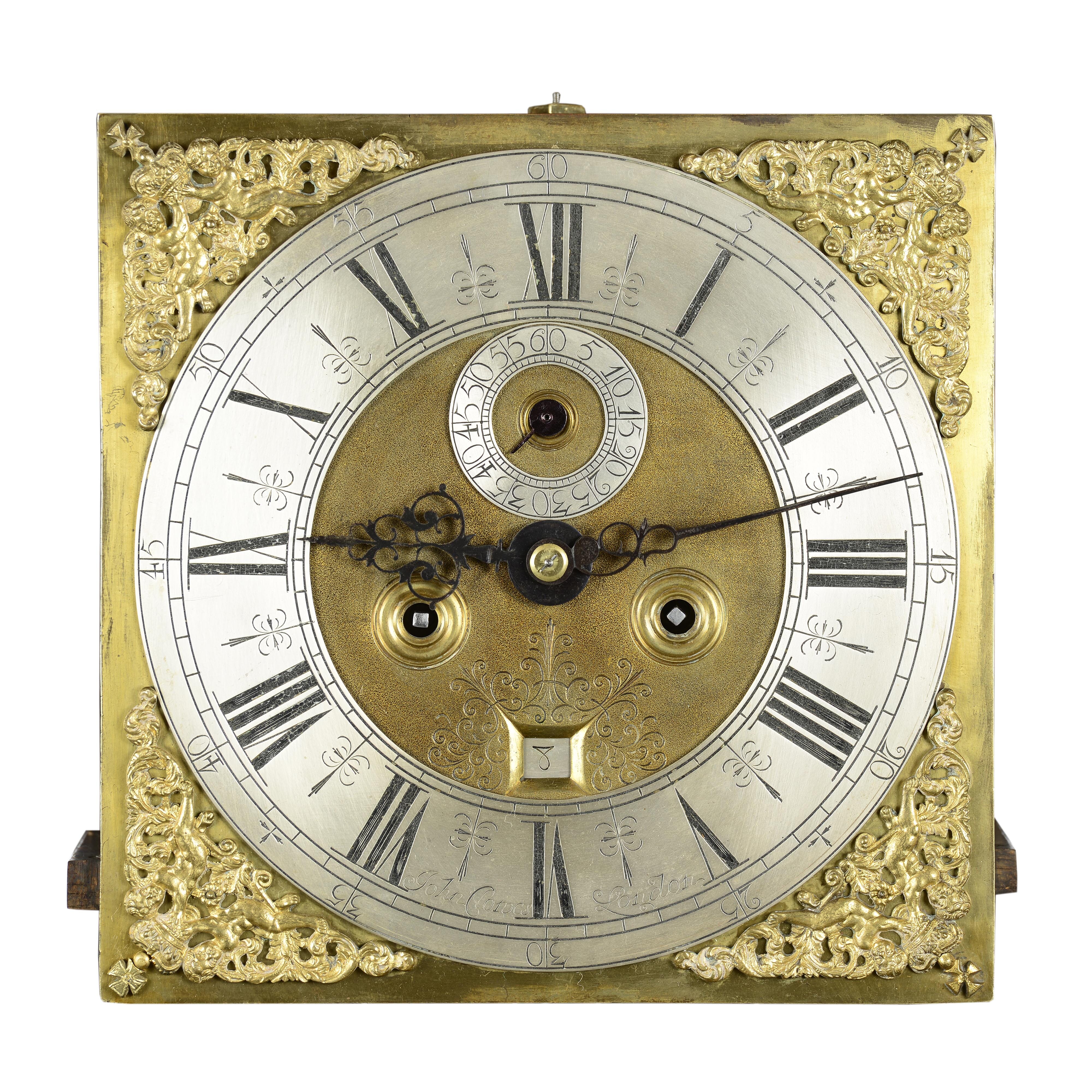 Further Information: The first clock designs were very basic being made for a purpose and not to be decorative in any way. Over time the designs evolved and the first recognisable longcase clocks were being made by makers like Edward East and Fromanteel during the 1670s. These cases were very slender in design, made principally of oak or pine and veneered in fruitwood which was then ebonised to create a black polished finish. Almost all of these early clocks were of 30 hour duration but the 8 day and later month duration longcase clocks followed. There were even a very few that were of year duration. This clocks notable feature is the intricate and profuse use of marquetry all over the case. The quality of the work is exceptional in all respects and extends to areas like the door frame which are normally cross-banded in walnut.

John Clowes was born in 1651 and made a Freeman of the Clockmakers' Company January 1672/73, known as a great clockmaker. He became Assistant Warden in 1708 and was due to serve as Warden in 1713 but was unable. He never returned to the Court and it is believed he died in 1713/14. Amongst his apprentices were his son, John, and Francis Gregg. John is recorded as making "a rich pendulum weekly clock" for the king.

Condition: Excellent. The movement has been fully overhauled and serviced. Base apparently original. Minor restorations to marquetry, the plinth and caddy restored.