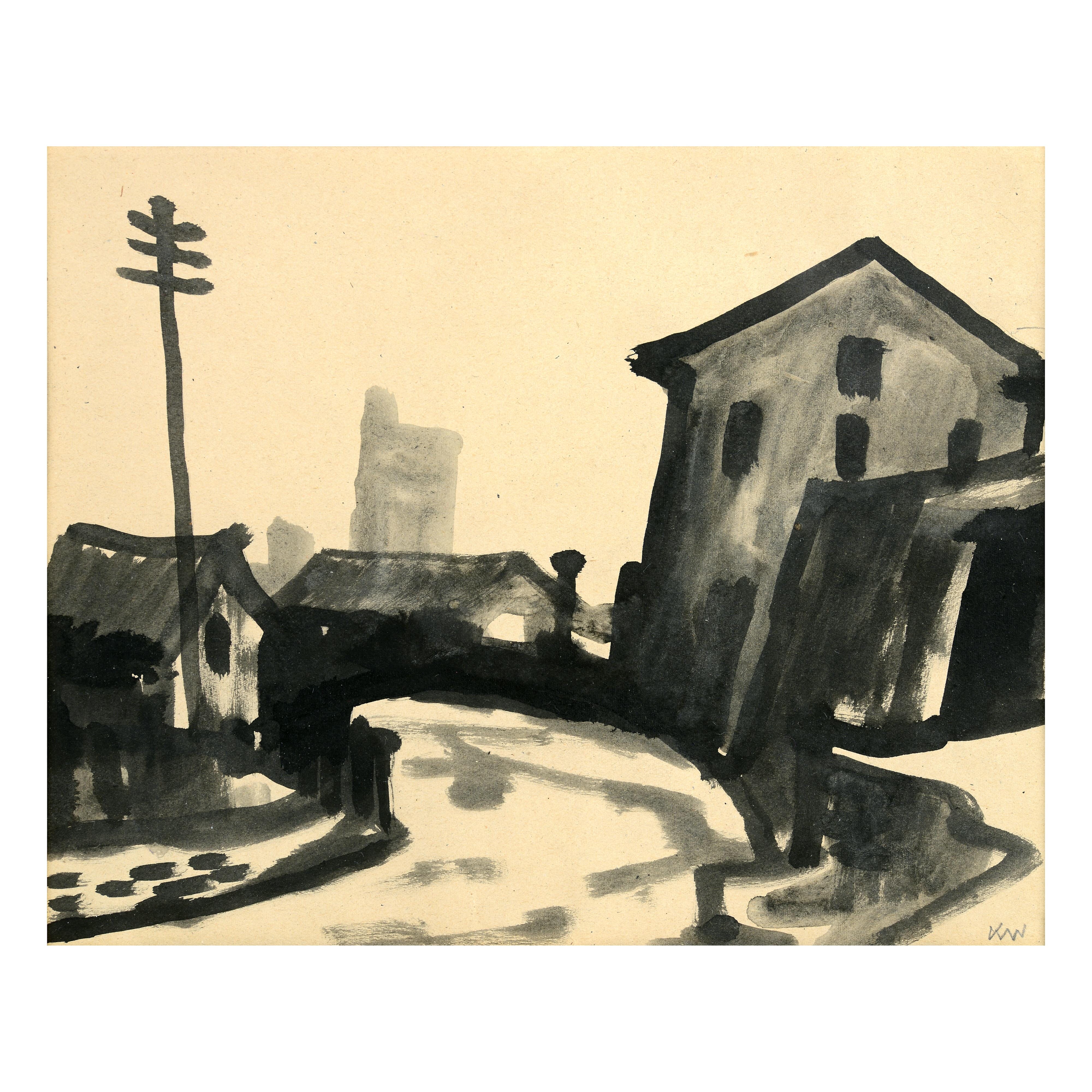 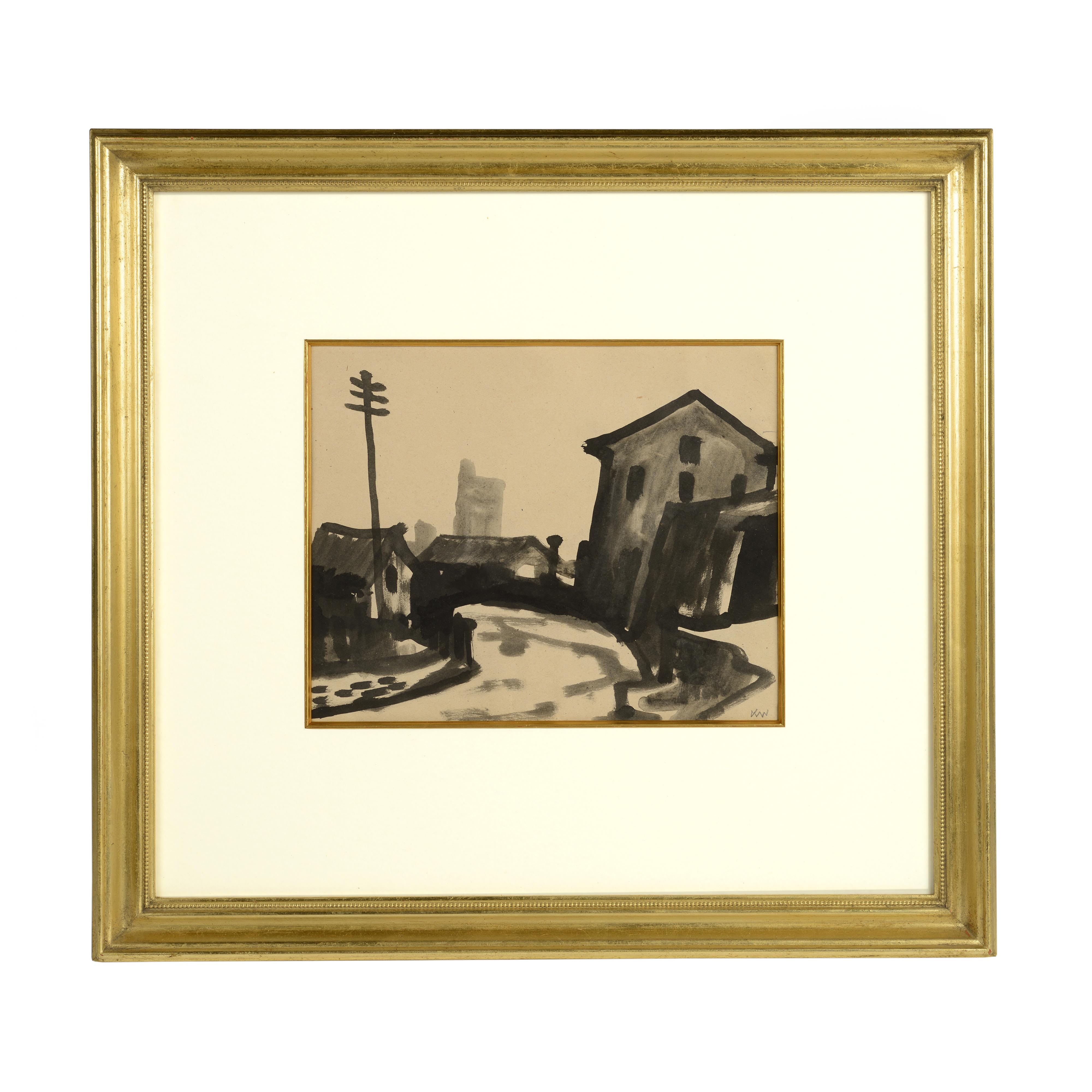 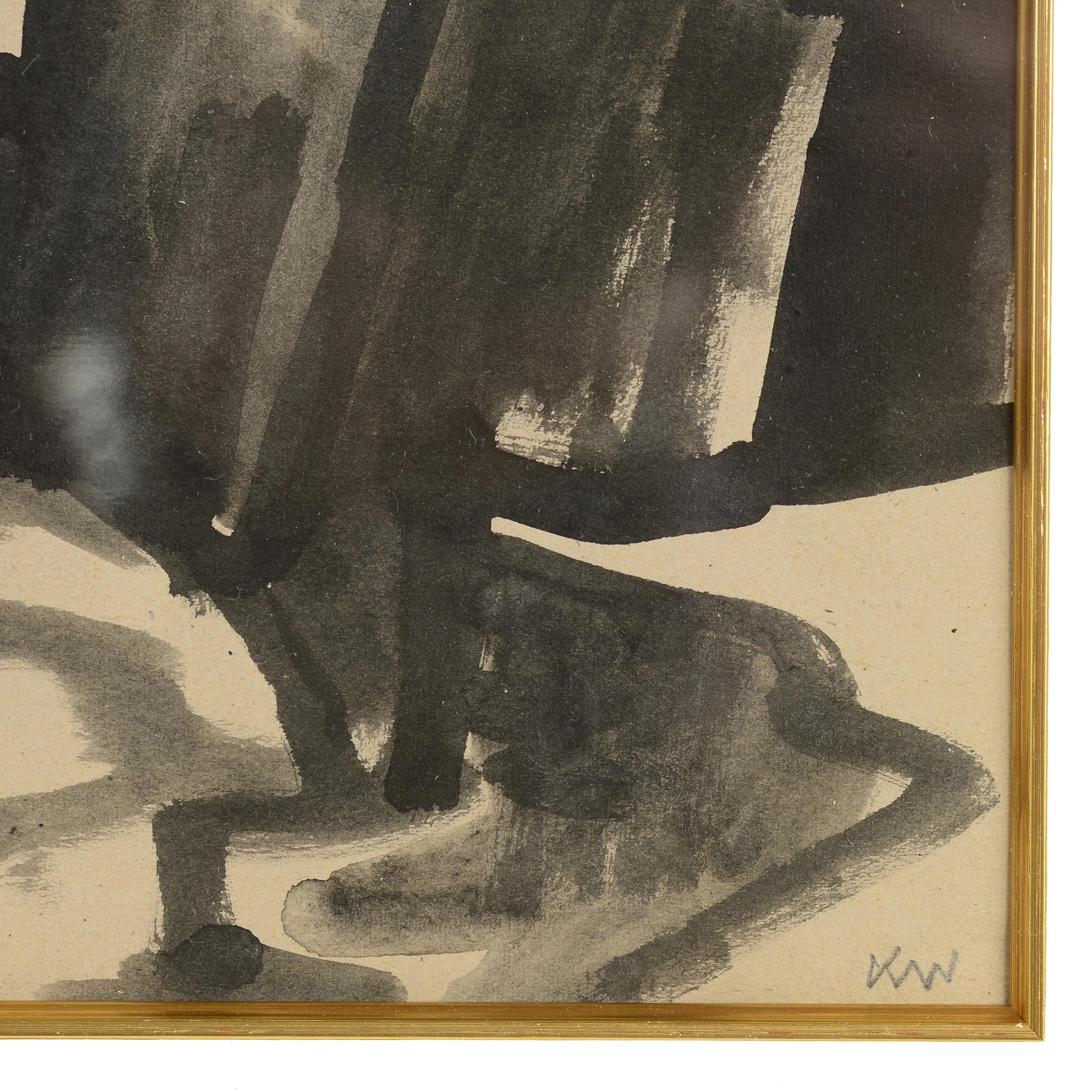 Description: A street scene, painted an impressionist style by an artist who was famous for his powerful Welsh landscapes, but here slightly off his normal beaten track, with study of Barking in Suffolk, but still the unquestionable style of Sir Kyffin Williams.

Further Information: Sir Kyffin Williams (OBE RA) was born in 1918 in Llangefni, Anglesey, Wales. He studied at the Slade School of Fine Art, London from 1941 to 1944. He went on to become the Senior Art Master at Highgate School from 1944 to 1973, and in 1968 gained a Winston Churchill Fellowship to record the Welsh in Patagonia.

Williams' first one-man exhibition was held at P & D Colnaghi, London in 1949. Subsequent solo exhibitions were held at the Leicester Galleries, London, Glynn Vivian Museum and Art Gallery, Swansea, Howard Roberts Gallery, Cardiff and the Tegfryn Gallery, Menai Bridge. He has exhibited at the Thackeray Gallery, London biennially from 1975 and also exhibits regularly at the Albany Gallery, Cardiff. A retrospective of his work was held in 1987 at the National Museum of Wales, Cardiff, and subsequently toured to the Mostyn Gallery, Llandudno and the Glynn Vivian Art Gallery, Swansea. A portraits' retrospective was held at Oriel Ynys Mon, Llangefni in 1993. Kyffin Williams lived and worked in Gwynedd, Wales.

Condition: Excellent. The painting has been re-framed in a modern British style frame.

Provenance: Acquired directly from the artist by the previous owner, a private collector in London.