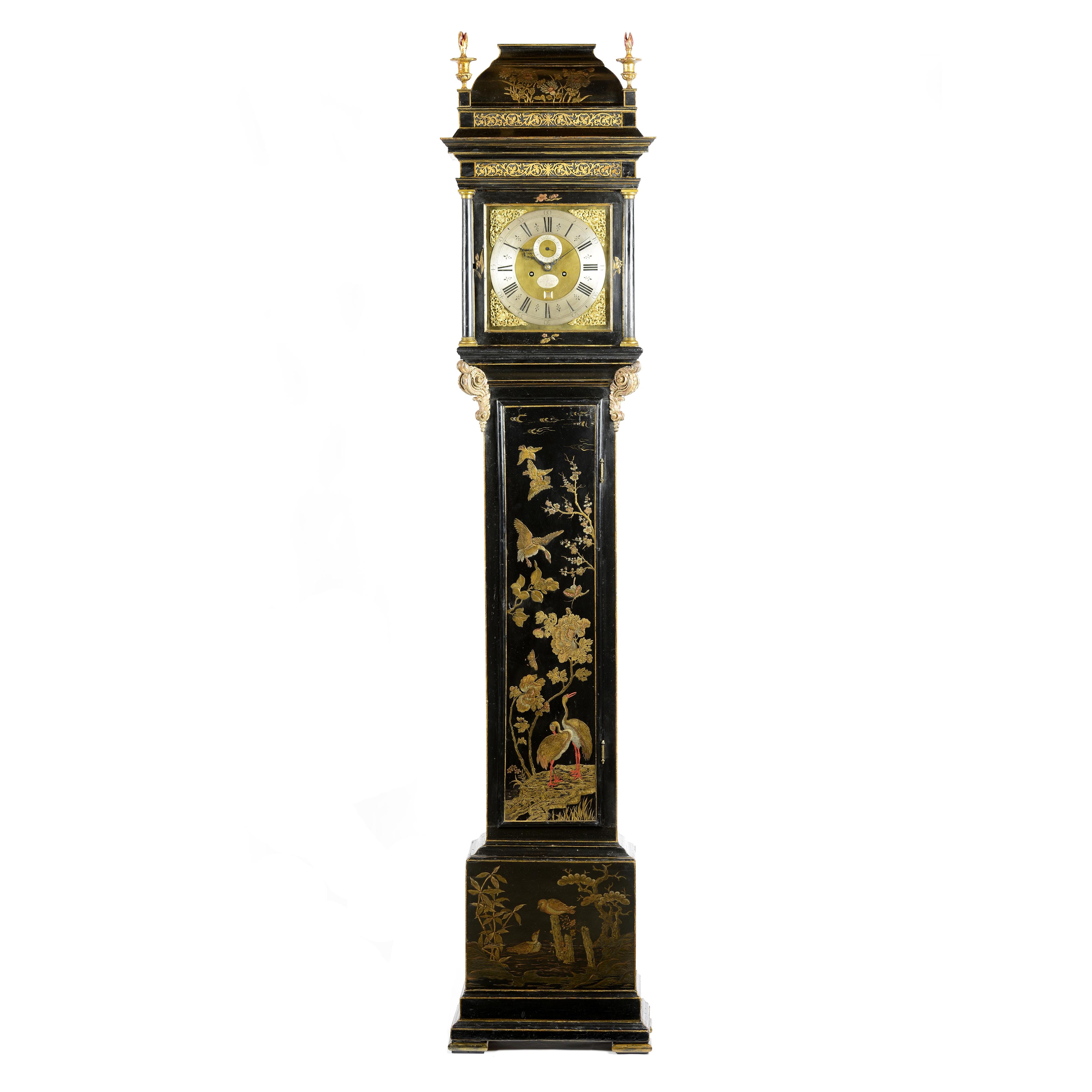 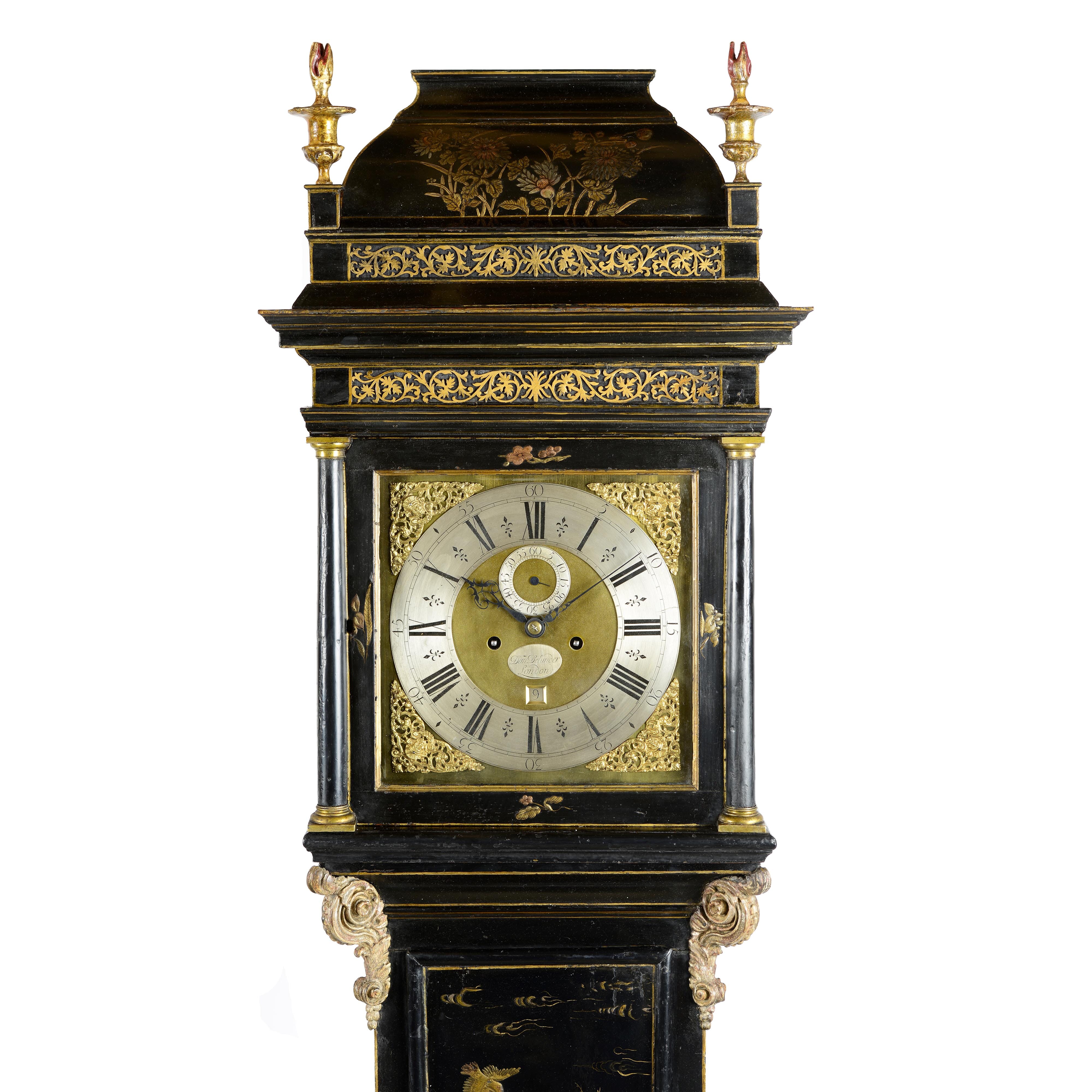 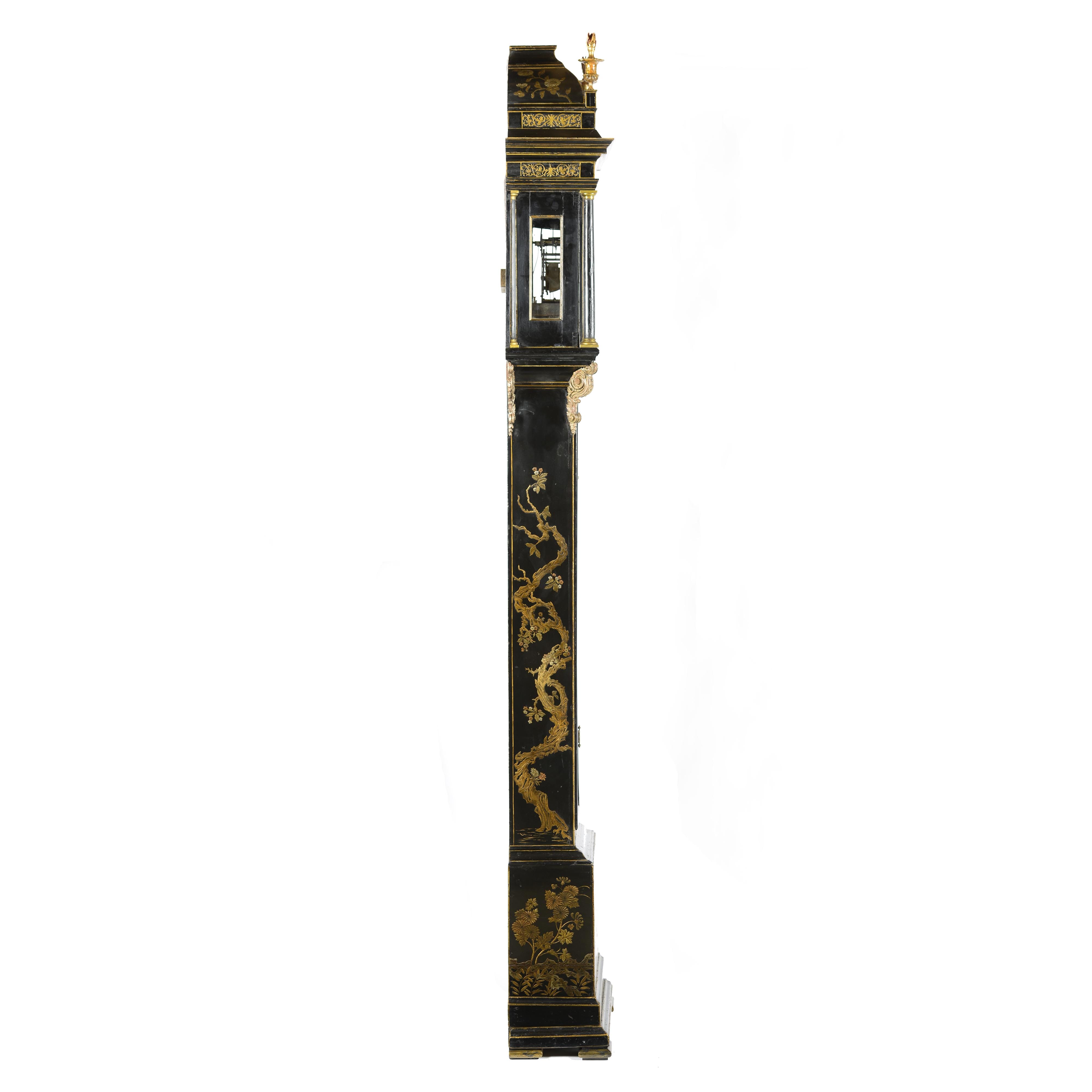 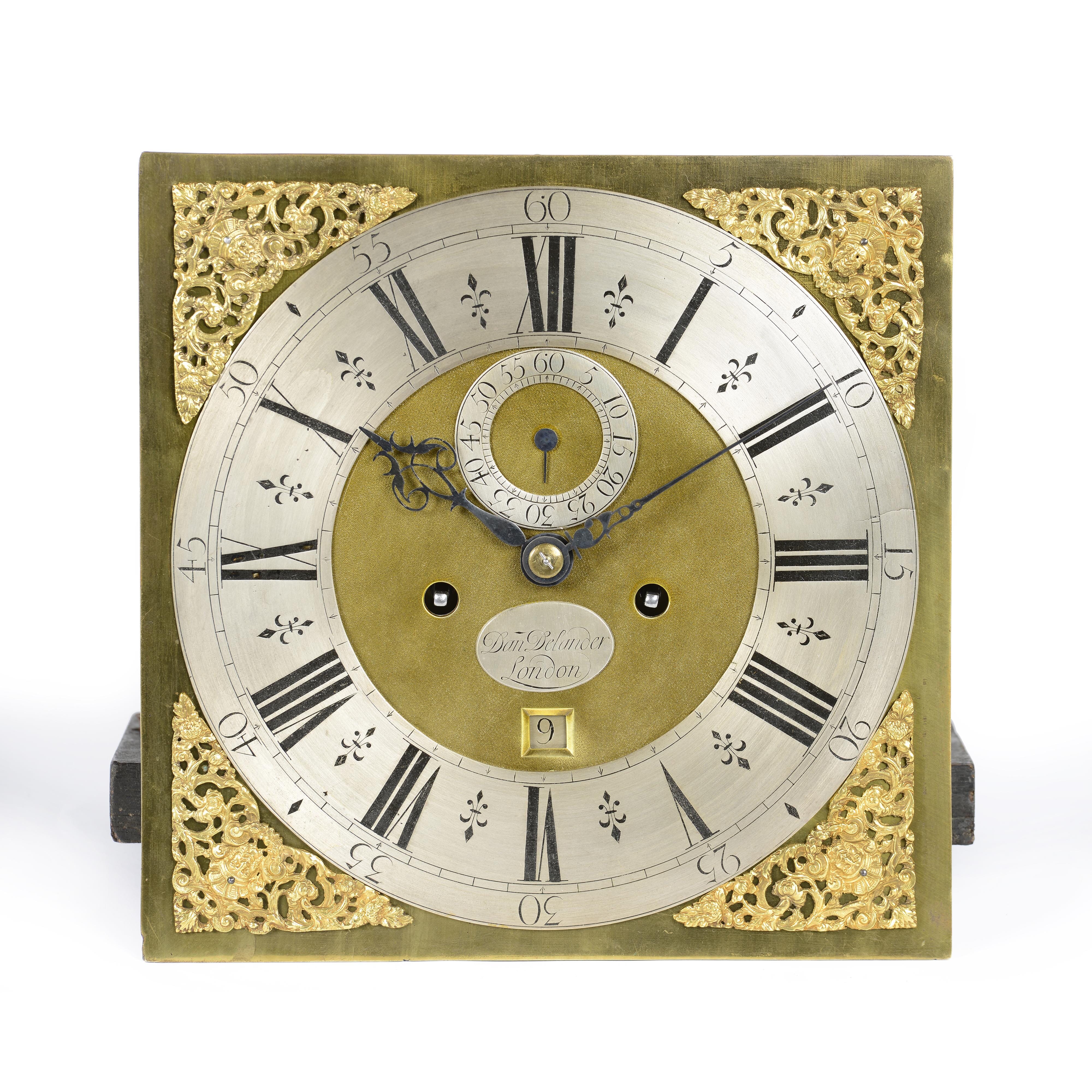 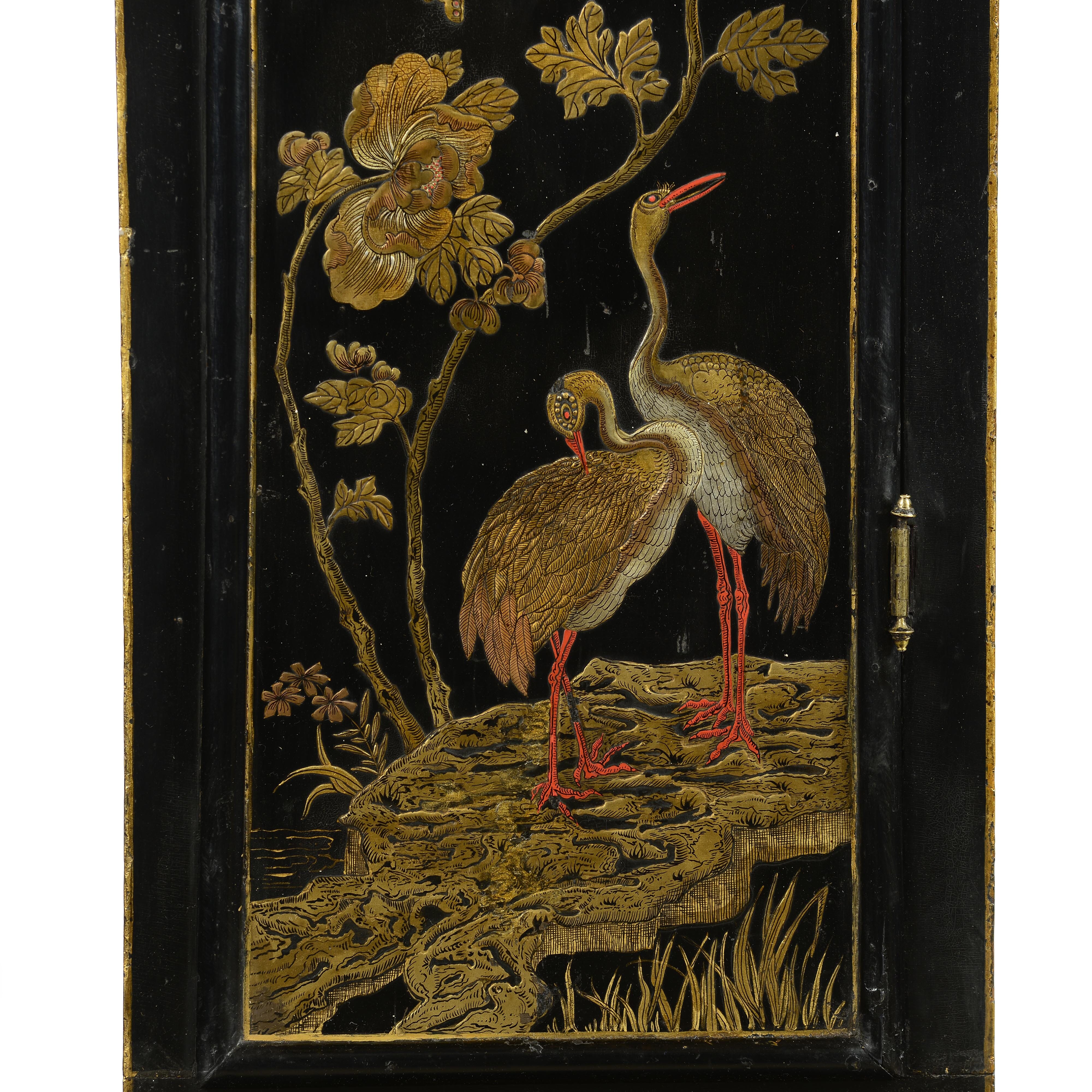 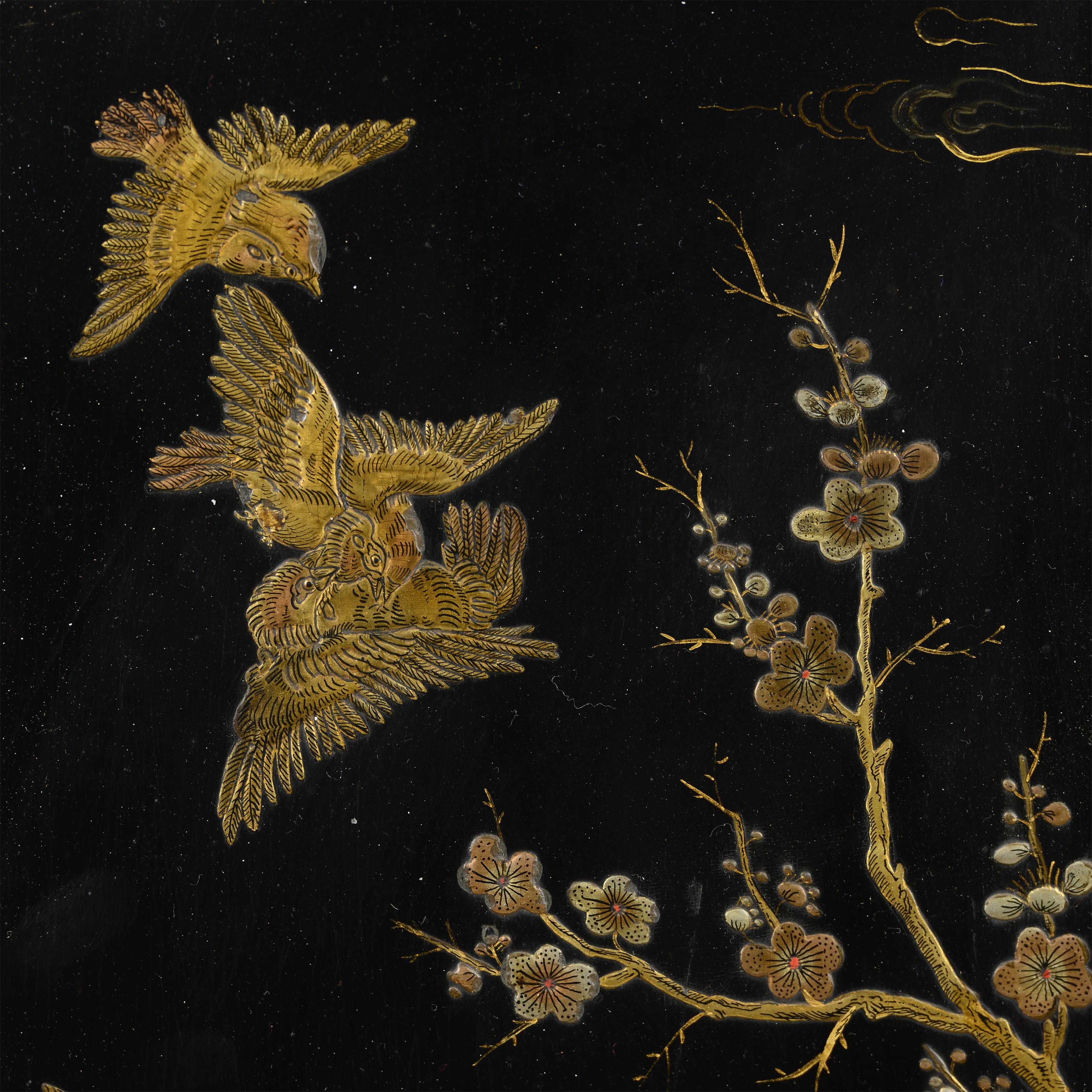 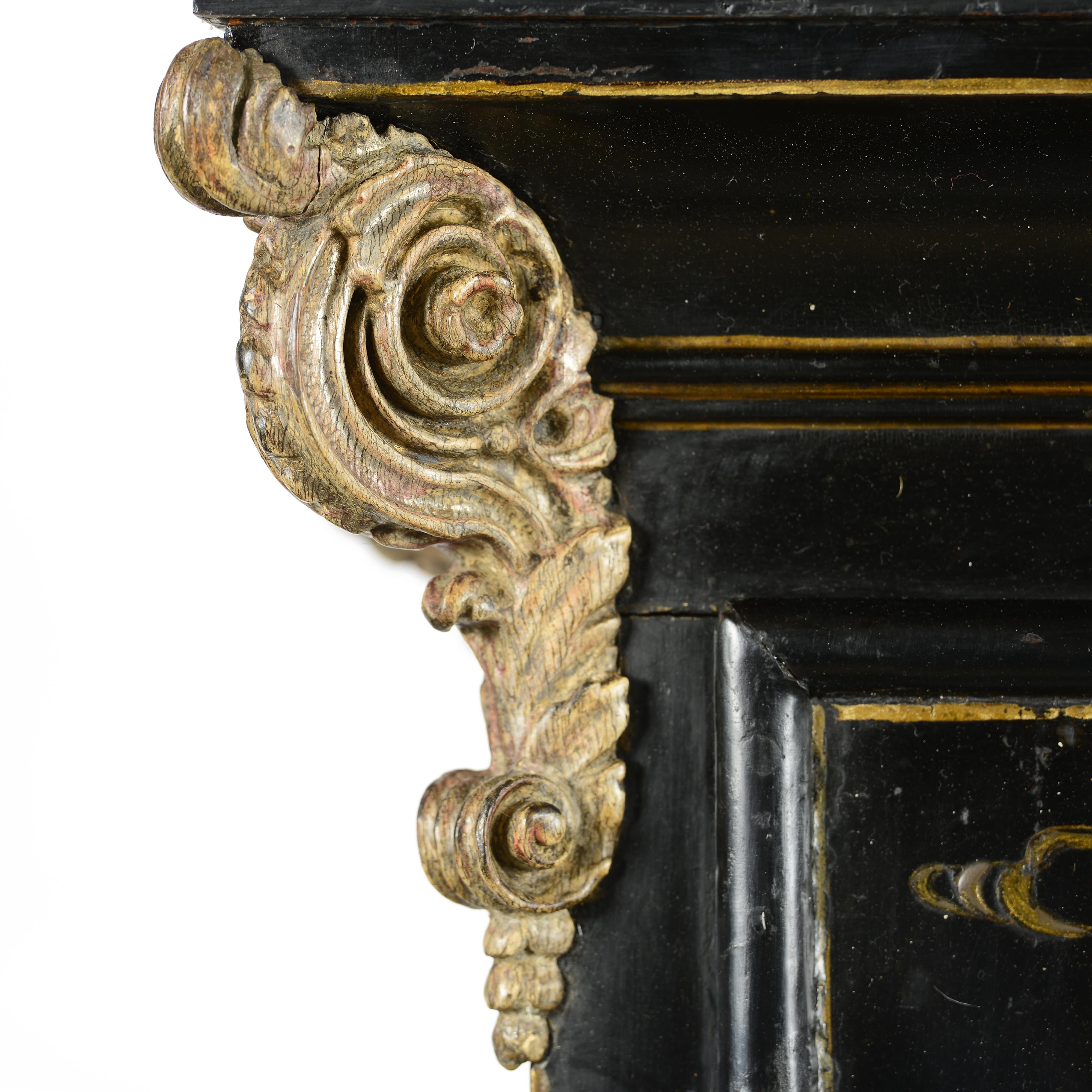 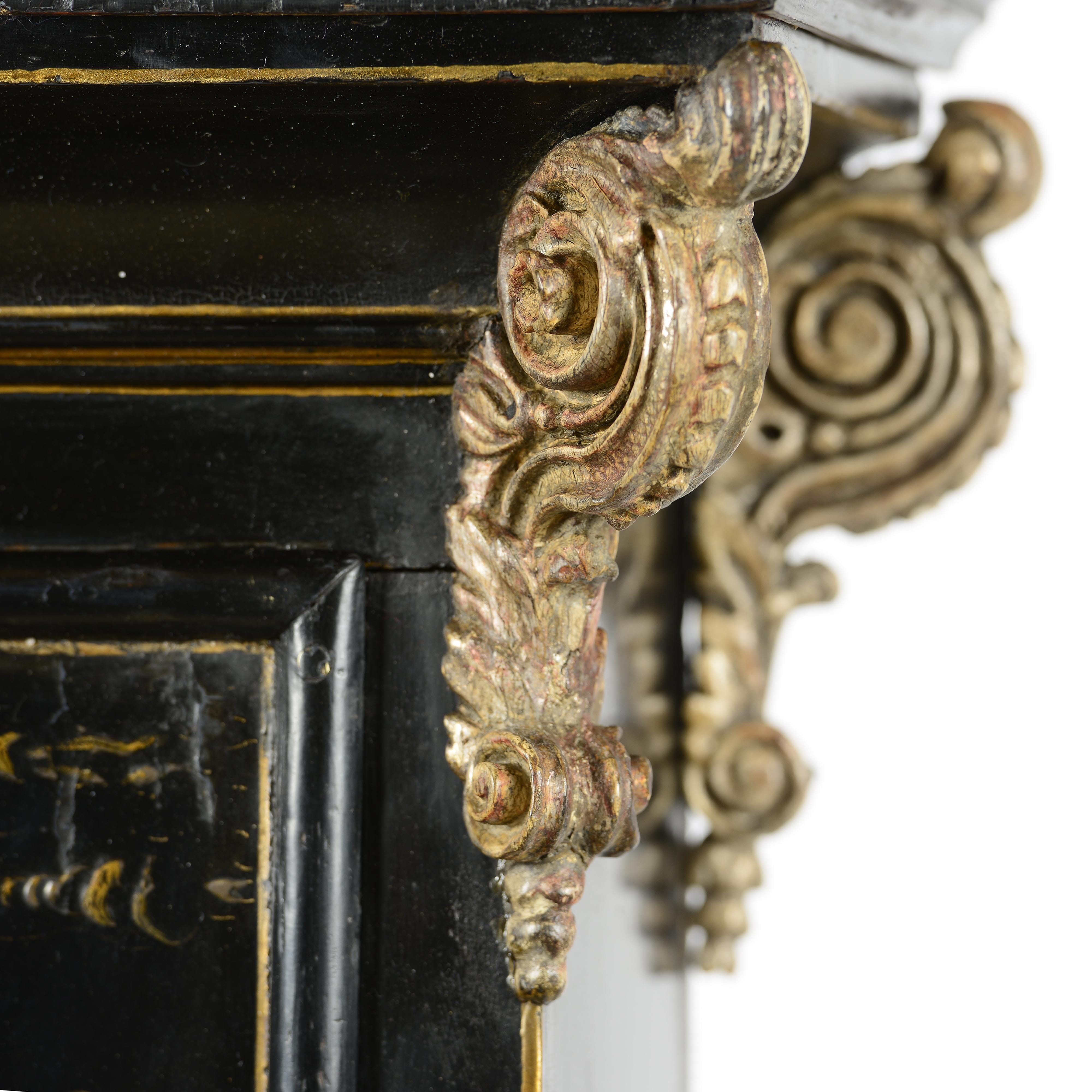 The case with flambeau urn finials and tall caddy decorated in raised polychrome and gilt with flowering foliage above scroll pierced fret to upstand over moulded cornice and conforming fret to frieze. The three-quarter columns with brass caps and bases flanking raised foliate spray decoration to the glazed hood door. The trunk with silvered leafy-scroll carved wood decorative corbels to throat above door finely decorated in raised polychrome and gilt with?birds and a mallard in flight near a blossoming shrub issuing from a rocky outcrop with two standing crane birds. The sides with particularly fine relief gnarled tree trunk decoration issuing leafy sprays, on plinth base further decorated with aquatic birds within a naturalistic setting over moulded double skirt with squab feet.

This clock represents a rare opportunity to purchase a piece of history.

Further Information: Daniel Delander was born circa 1678 and apprenticed to Charles Halstead before being transferred to Thomas Tompion and gaining Freedom of the Clockmakers' Company in 1699. He initially worked as "servant" to Thomas Tompion from Devereux Court and later (after Tompion?s death in 1713) from "within Temple Bar", Fleet Street. He was a fine maker whose work was clearly influenced by his master.

The in the late 17th century, English clocks were regarded as the best in the world. They were often exported to many countries, built with stylistic differences to suit the local market. The silver gilt corbels on this clock and particularly indicative of a clock made for export, the construction of the case also suggests that it was made with the intention of being lacquered.

In the German speaking regions, there were two main centers of lacquer work production in the early 18th century: one in Berlin led by the Flemish artist Gerard Dagly, and one in Dresden run by Dagly's pupil, Martin Schnell. The lacquer on this clock is of particularly fine quality and has been examined by the Curator of the German Lacquer museum who has confirmed it's authenticity and period. Although we cannot categorically confirm that the lacquer is by Schnell, it has been confirmed that it is of the highest quality and stylistically commensurate to Schnell's work.