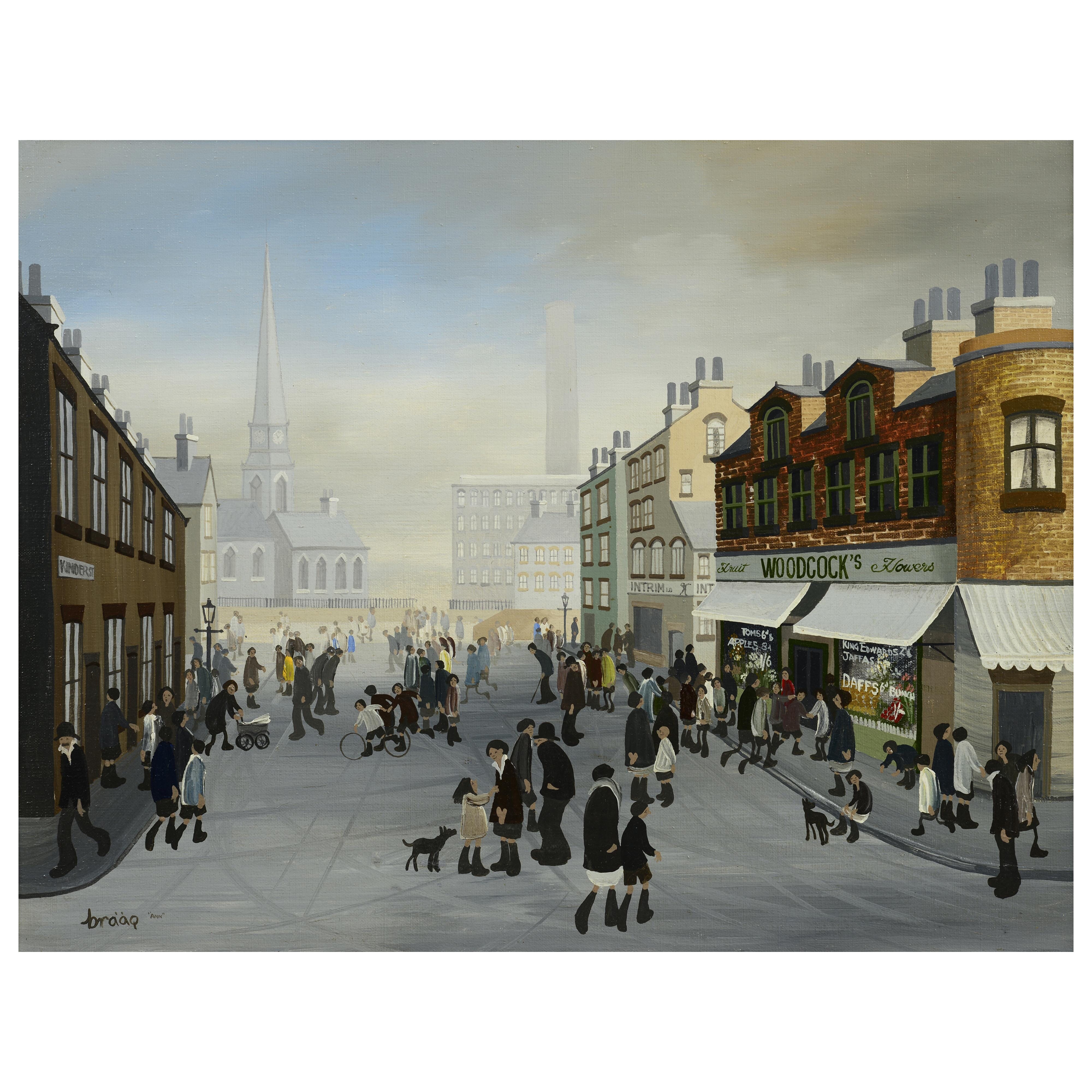 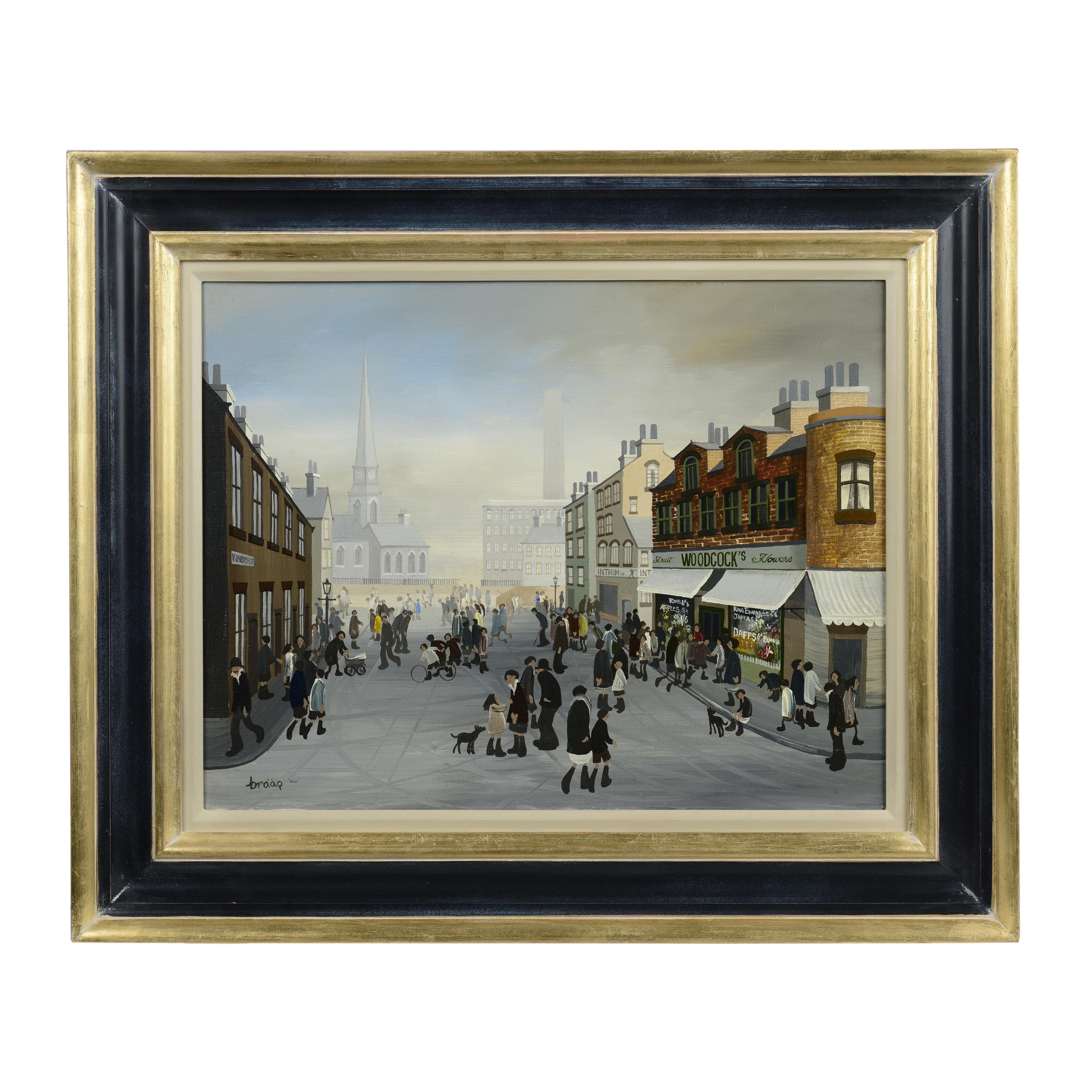 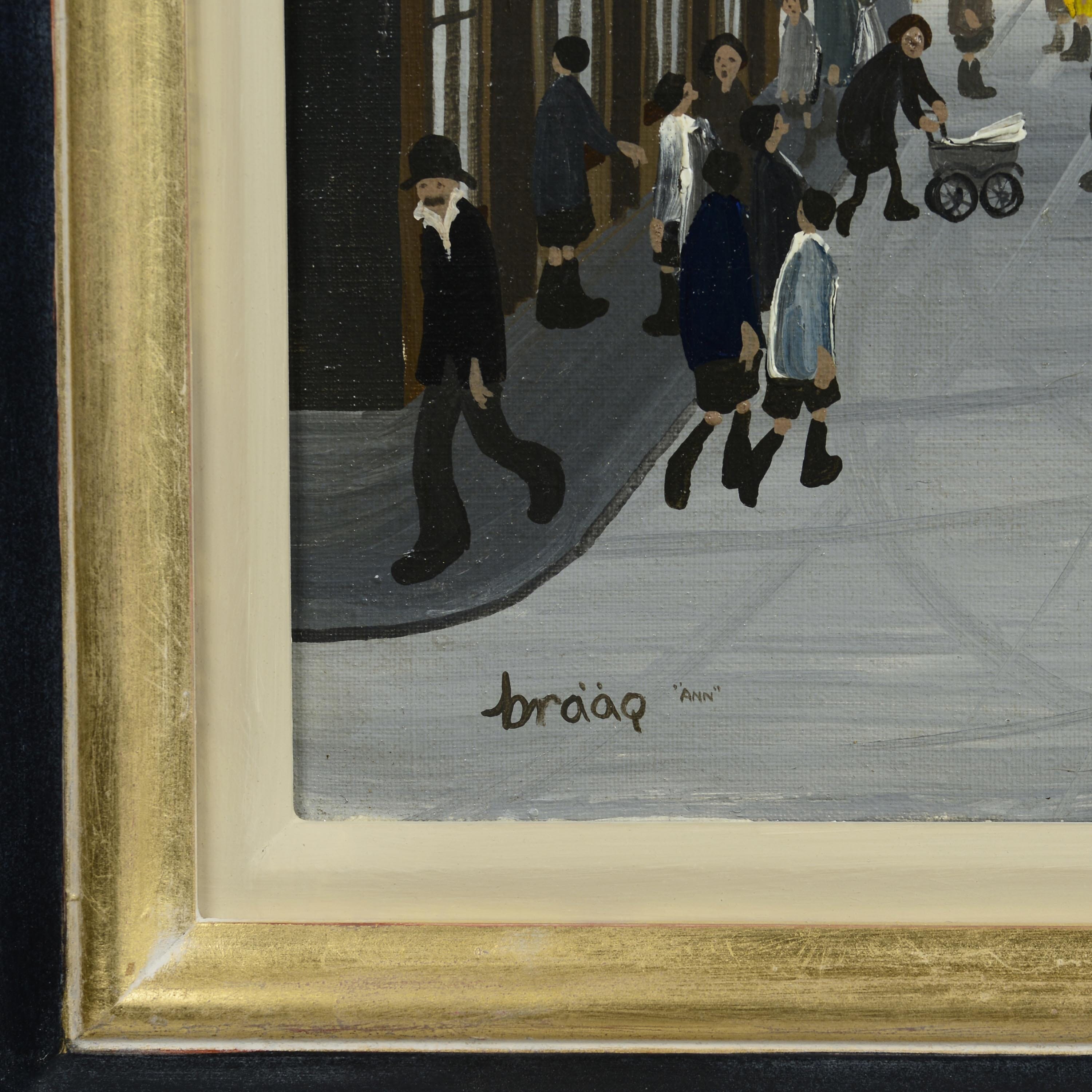 Description: A busy scene on a Saturday morning outside Woodcock's greengrocers on Kinder Street in Liverpool - delightfully captured with imagination and humour by Liverpool artist - Brian Shields.

Further Information: Brian Shields was born in Liverpool in 1951. His father Dennis Shields was a highly regarded artist but having twelve children found it difficult to support his family through painting alone. Brian?s eldest brother pursued a successful career in America as a sculptor. Brian's adoption of the unusual pseudonym of "braaq" is actually a misspelling of the famous French artist Braque which, on account of his artistic talent as a boy, was Brian's nickname at school. The name "Ann" after his own signature was a reference to his sister who died at the young age of 21 and in whose memory all of his subsequent paintings were dedicated.

Brian held his first exhibition in 1974. In 1977 he was invited to hold his first of four exhibitions in London?s West End. It was after this exhibition that "The Times" described him as "one of the six most successful artists in England". All Brian's paintings are based, in a humorous way, on his childhood memories of Liverpool. He frequently painted himself as a boy wearing a striped jumper. In 1997 at the age of 46 Brian died, leaving a contribution to the art world which ranks him among the leading artists in the country.

Provenance: Sold by the artist to the Box Tree Restaurant, Yorkshire. Acquired by Nigel Munton in the late 1970's as part payment for a debt, thence with the collection of Nigel Munton till present.