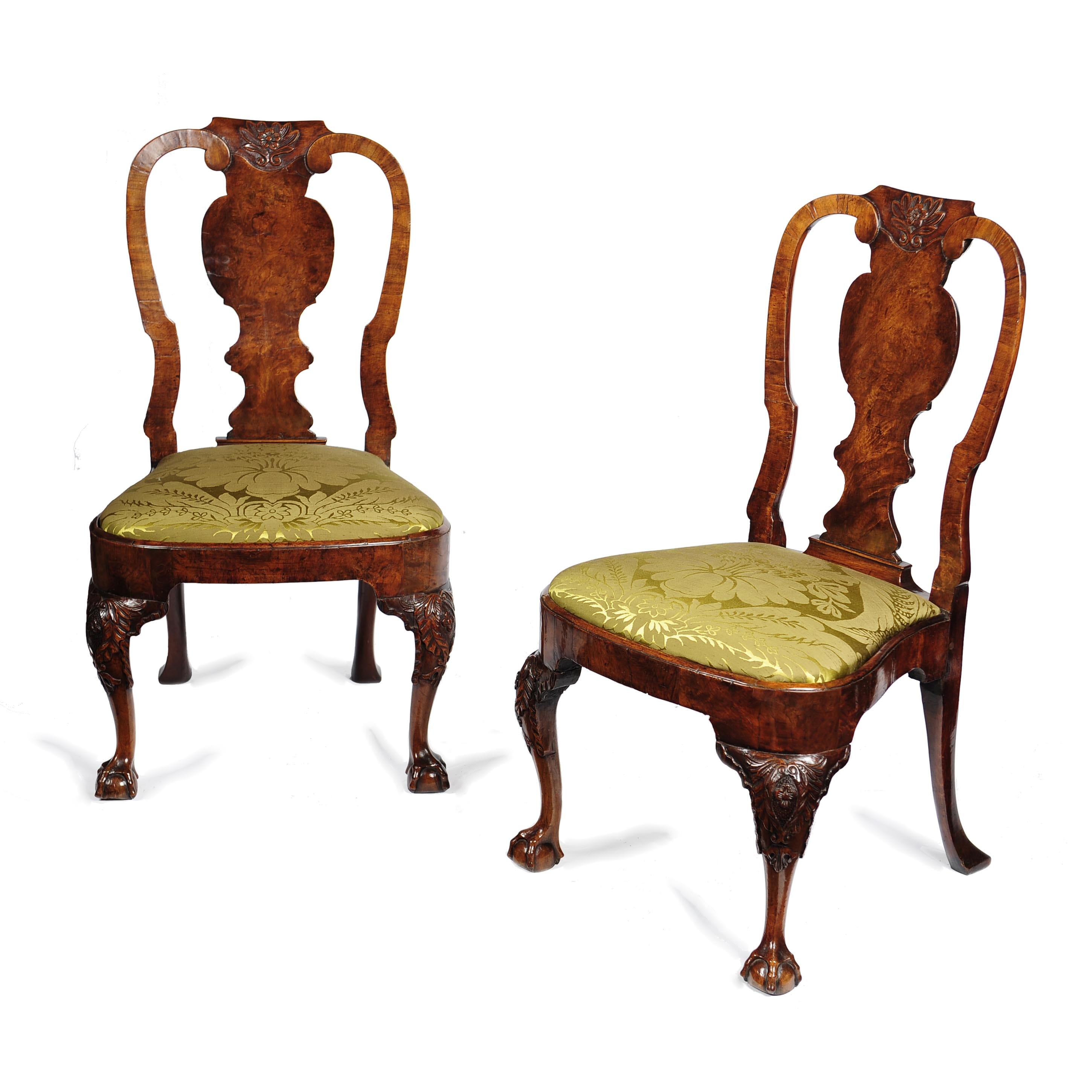 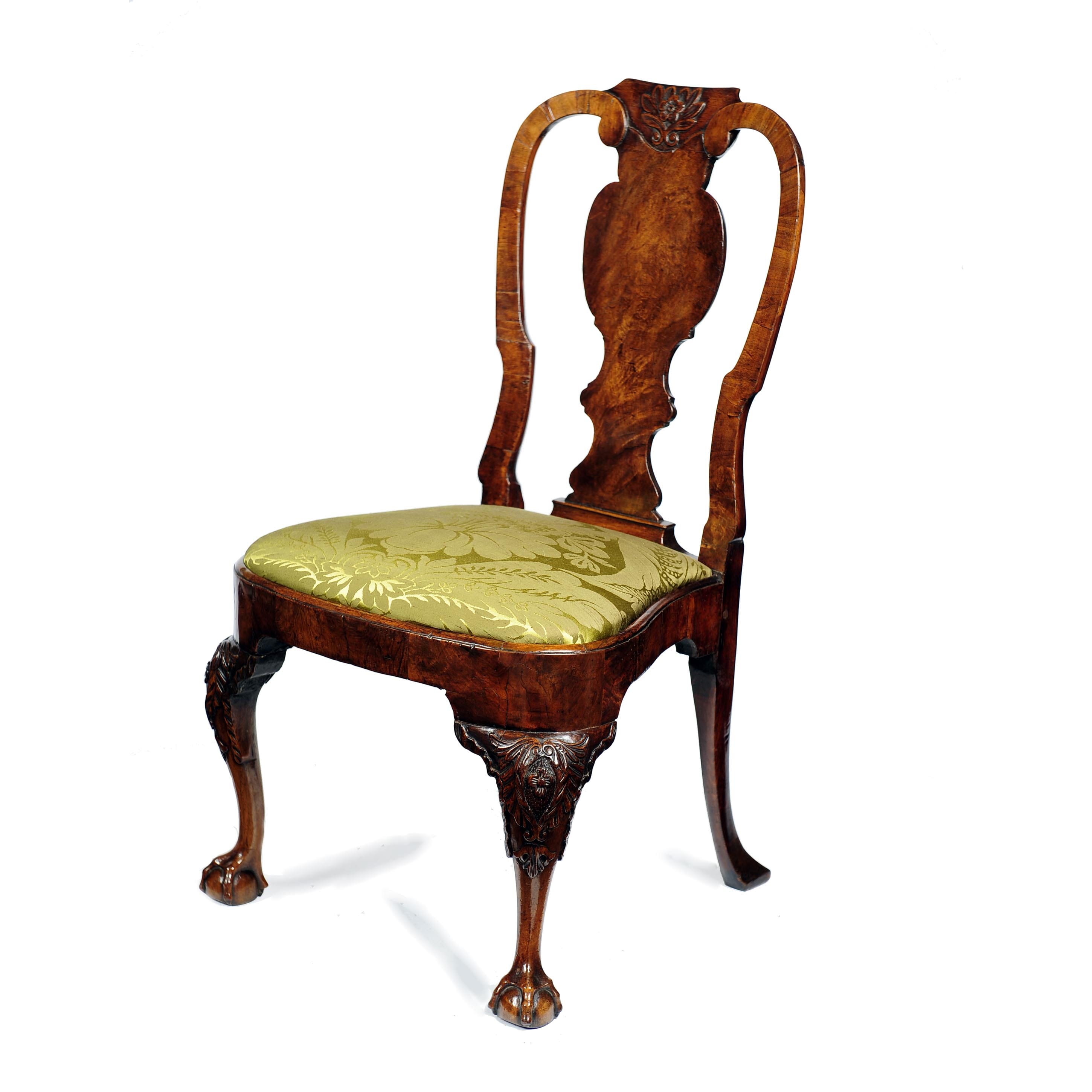 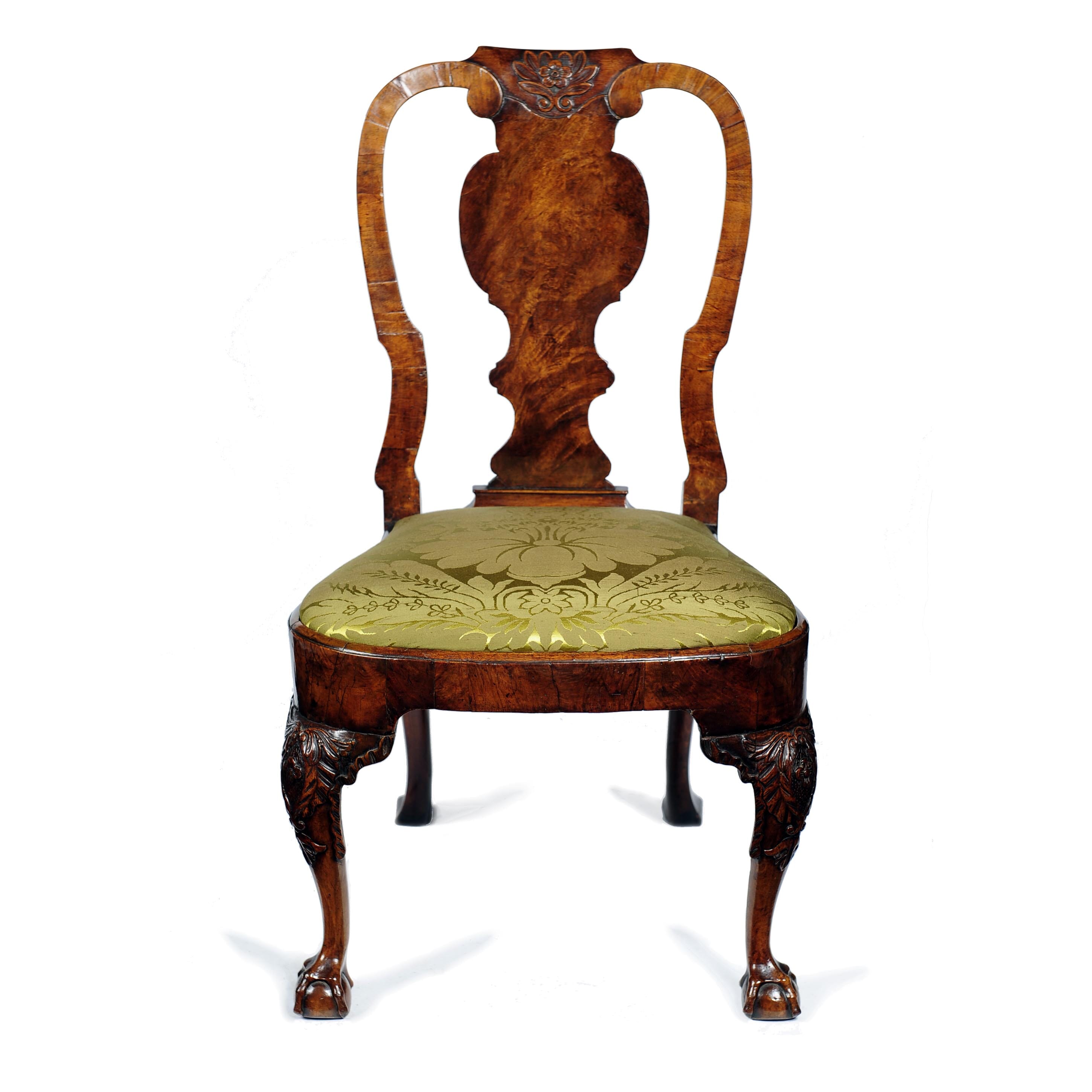 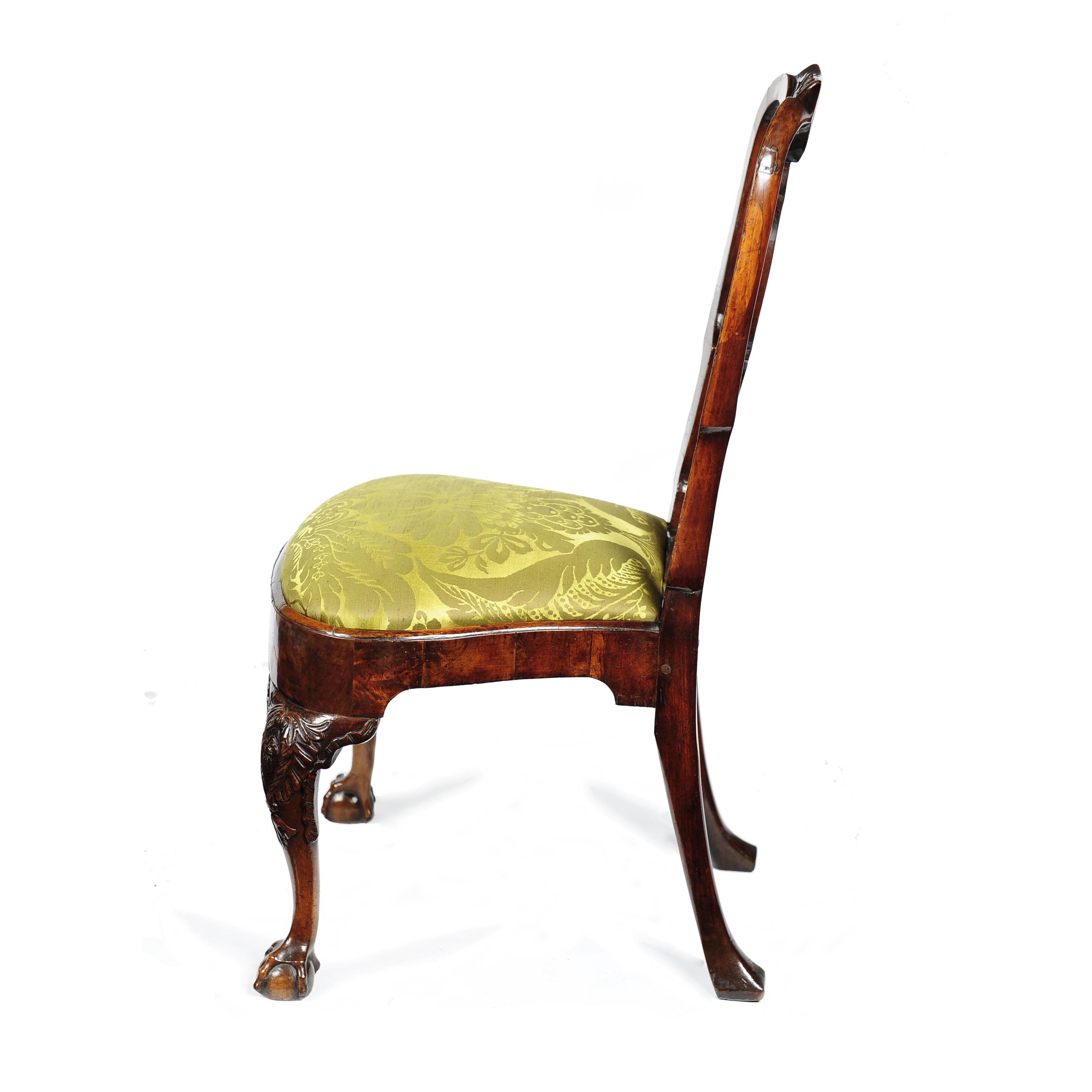 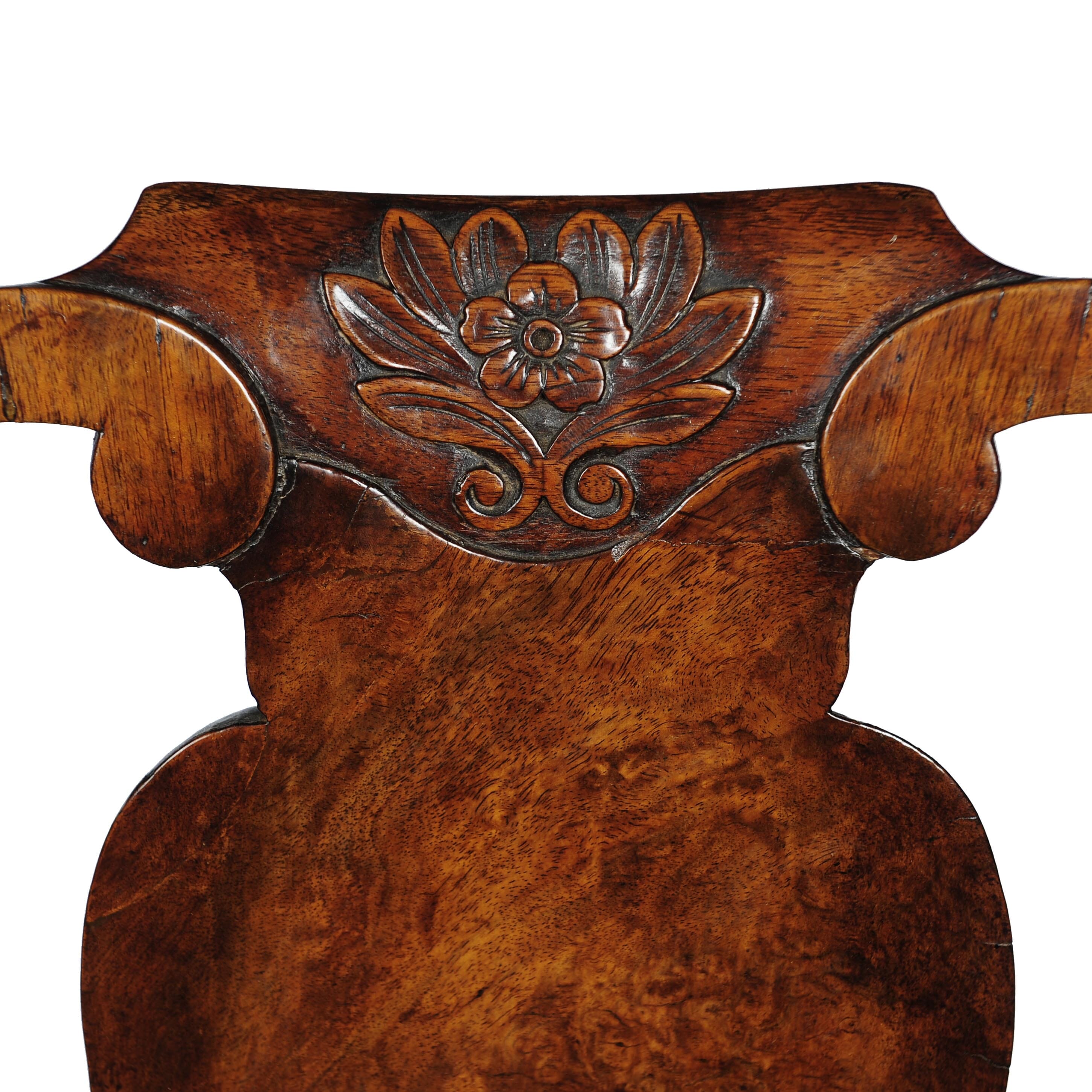 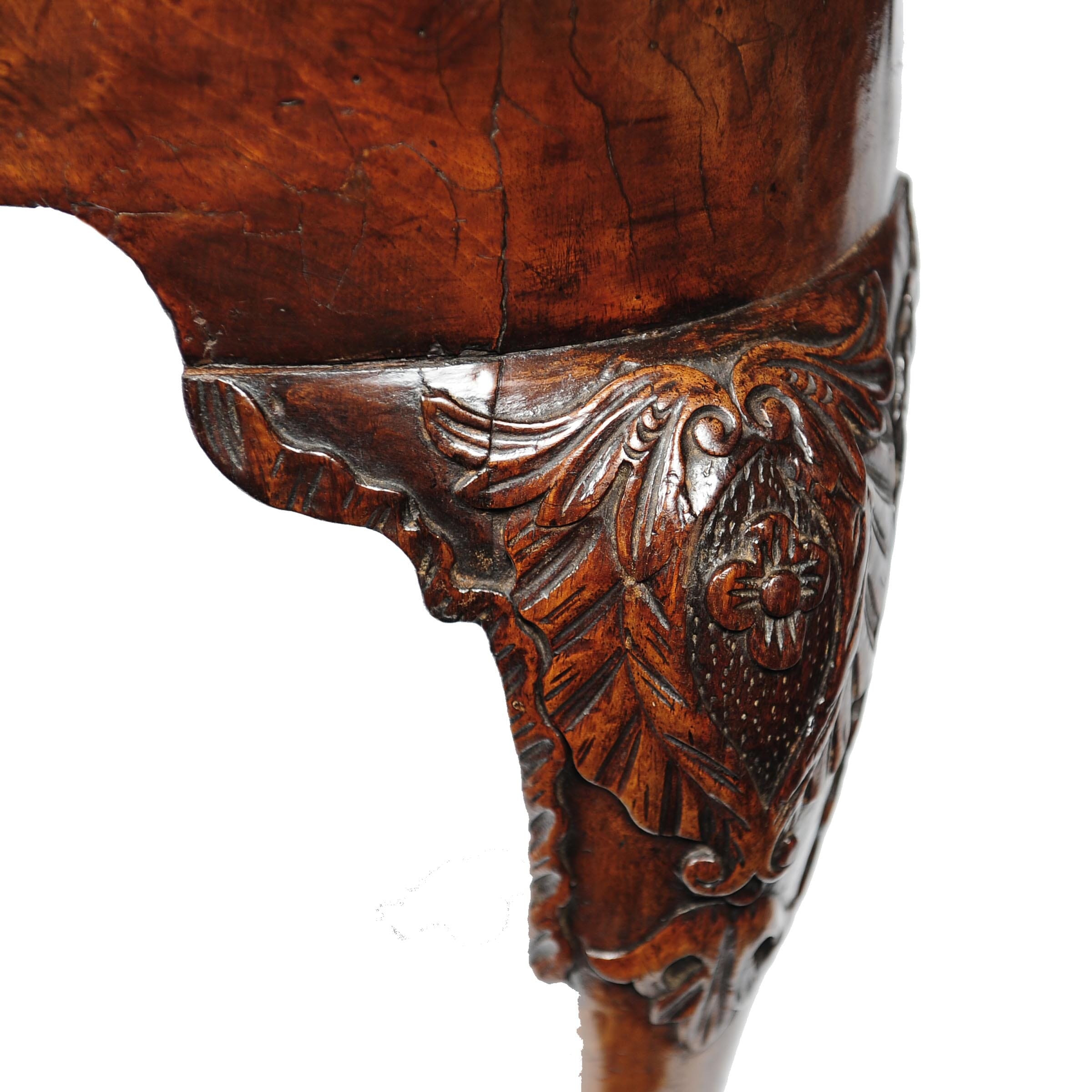 Description: A superb pair of George I burr walnut side chairs in the manner of Giles Grendey. The elegantly shaped burr veneered backs with vase shaped central splat with a carved central floral motif on the top rail, bordered by the scrolling ends of the side rails, which curve down to join the burr veneered keyhole shaped seat frame with a drop in upholstered cushion covered with new silk 18th century pattern fabric.

Further Information: The design of the back of these chairs relates closely to an example at Temple Newsam House, illustrated on p178, Early Georgian Furniture by Adam Bowett. Giles Grendey was born in Gloucestershire in 1693 and, aged 16, came to London as an apprentice to William Sherborne. His first commission was for Richard Hoare of Barn Elmes. The 'Cabinet-Maker and Chair-Maker' Giles Grendey, who was described in 1740 as 'A great Dealer in the Cabinet Way', carried out a considerable export trade from Aylesbury House in St. John's Square. He was appointed Upper Warden of the Joiner's Company in 1747 and its Master in 1766. His son-in-law, John Cobb, was granted a court appointment as cabinet-maker to George III.

Origin/Age: English, George I circa 1725

Maker: in the manner of Giles Grendey