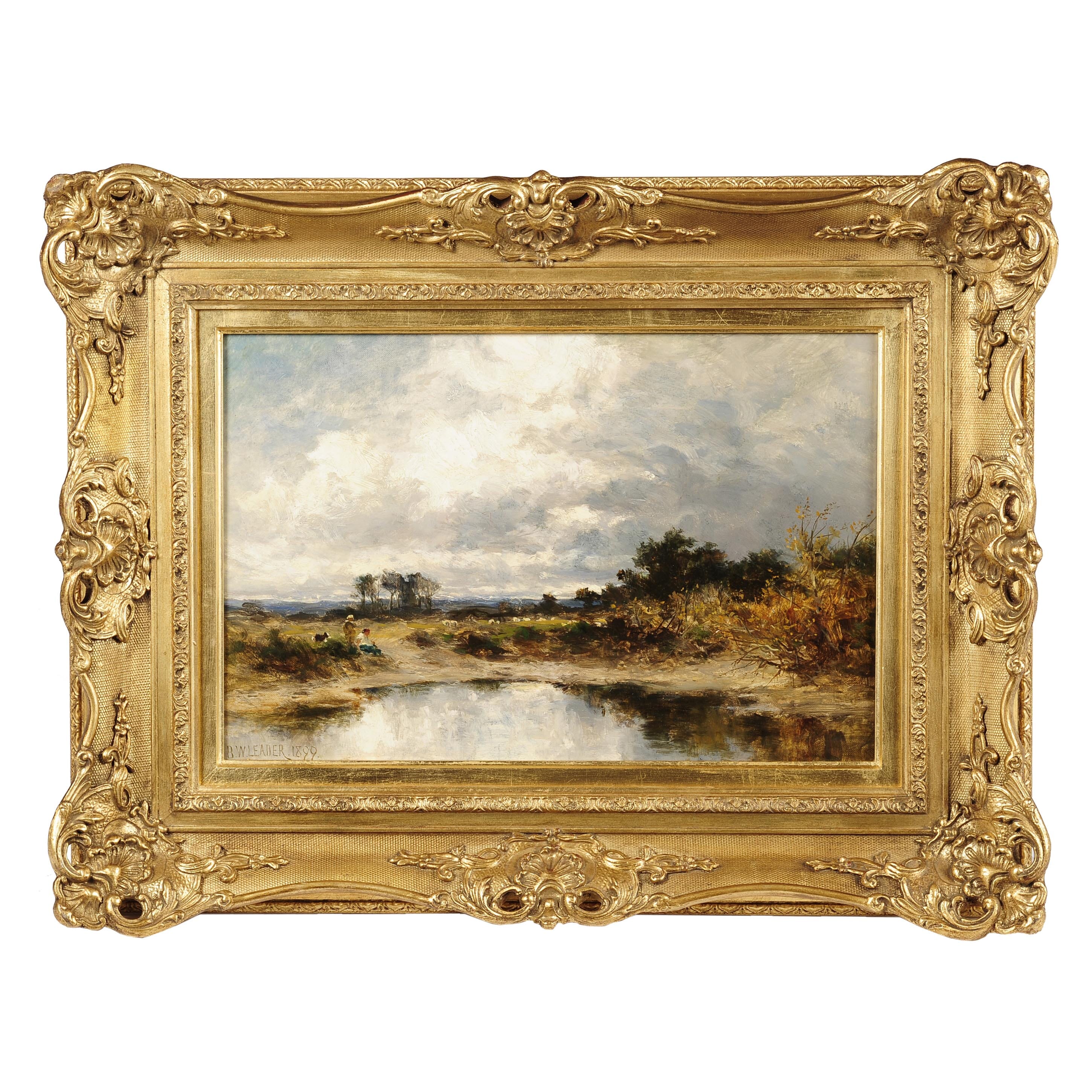 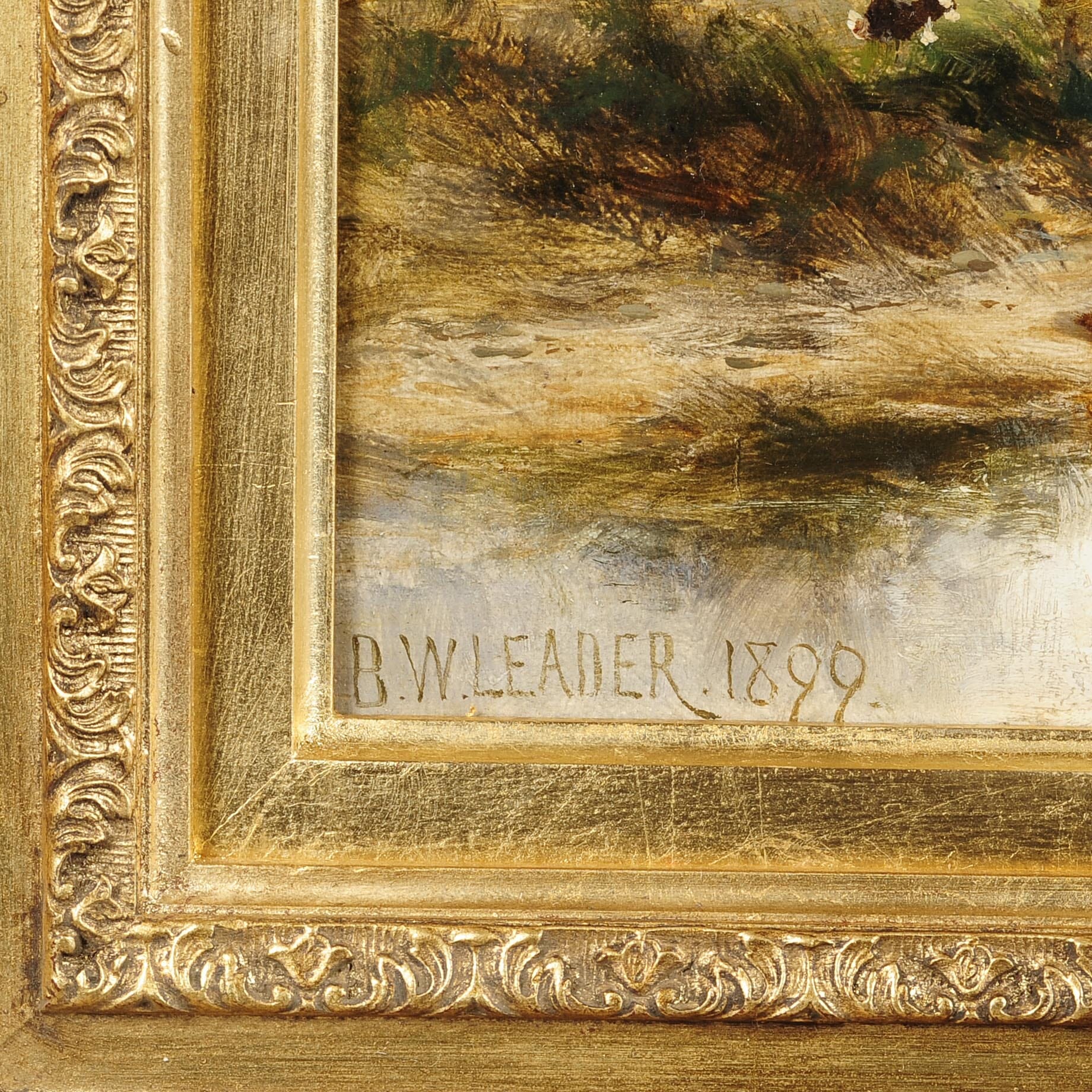 Description: A delightful, airy and atmospheric observation of a couple and their dog enjoying a summer afternoon painted in the classic impressionist style of Benjamin Williams Leader.

Further Information: Born Benjamin Williams, adding the surname Leader to distinguish himself from the Williams family of artists, to whom he was not related, a Worcester landscape painter who exhibited at the RA from 1857-1922. Leader's early pictures show some Pre-Raphaelite influence, but he later developed a broader, more naturalistic style, which was enormously successful.

His best known picture is 'February Fill-Dyke' (now in Birmingham Art Gallery) which has been described as the equivalent in landscape painting of the 'Light of the World' in religious painting. Leader's works have always been admired for their literalness and 'truth to Nature'. "A Summer Afternoon" is without doubt a fine example of the work of Benjamin Williams Leader.

Condition: Excellent. The painting has been cleaned, old re-lining fitted with a new English made giltwood and gesso swept frame.