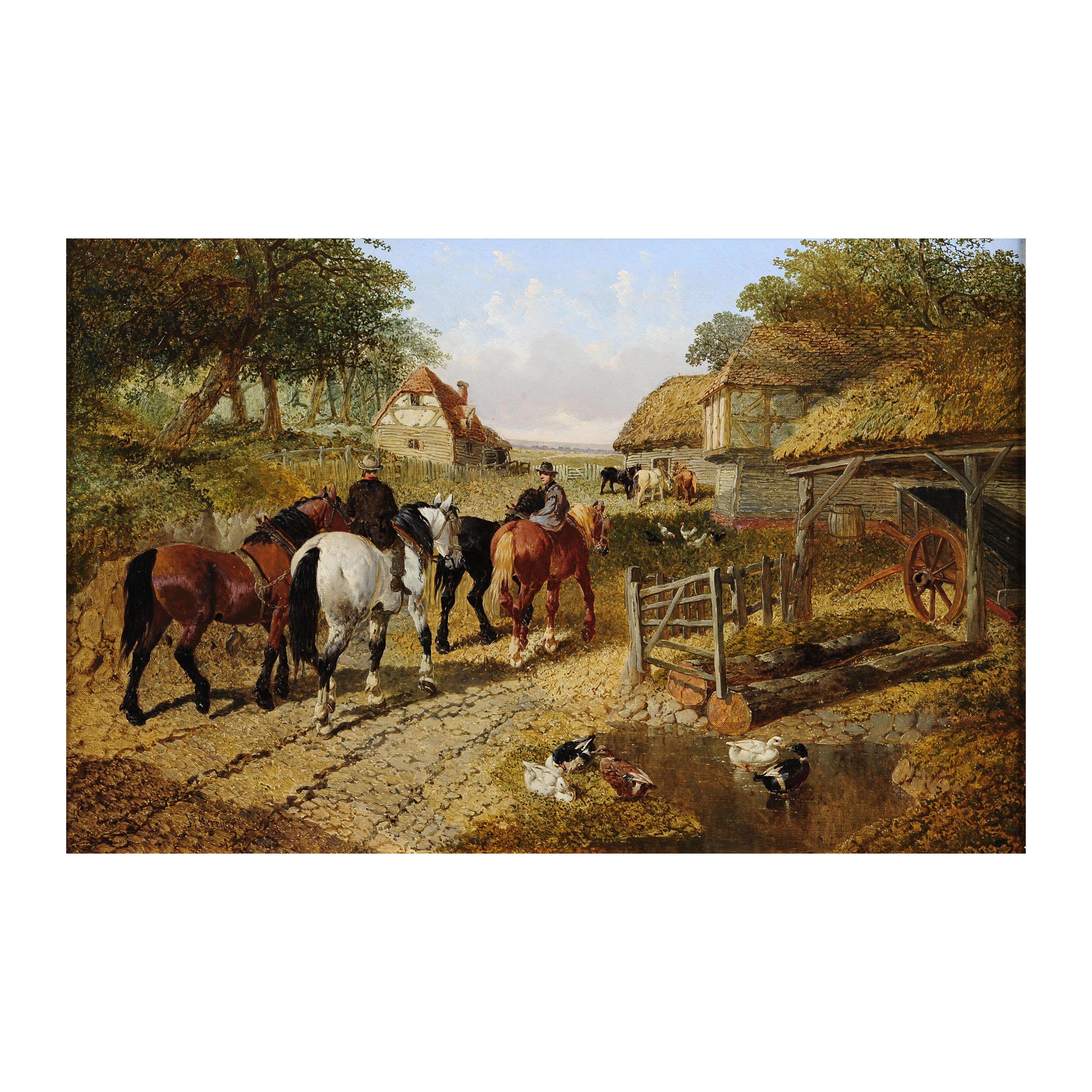 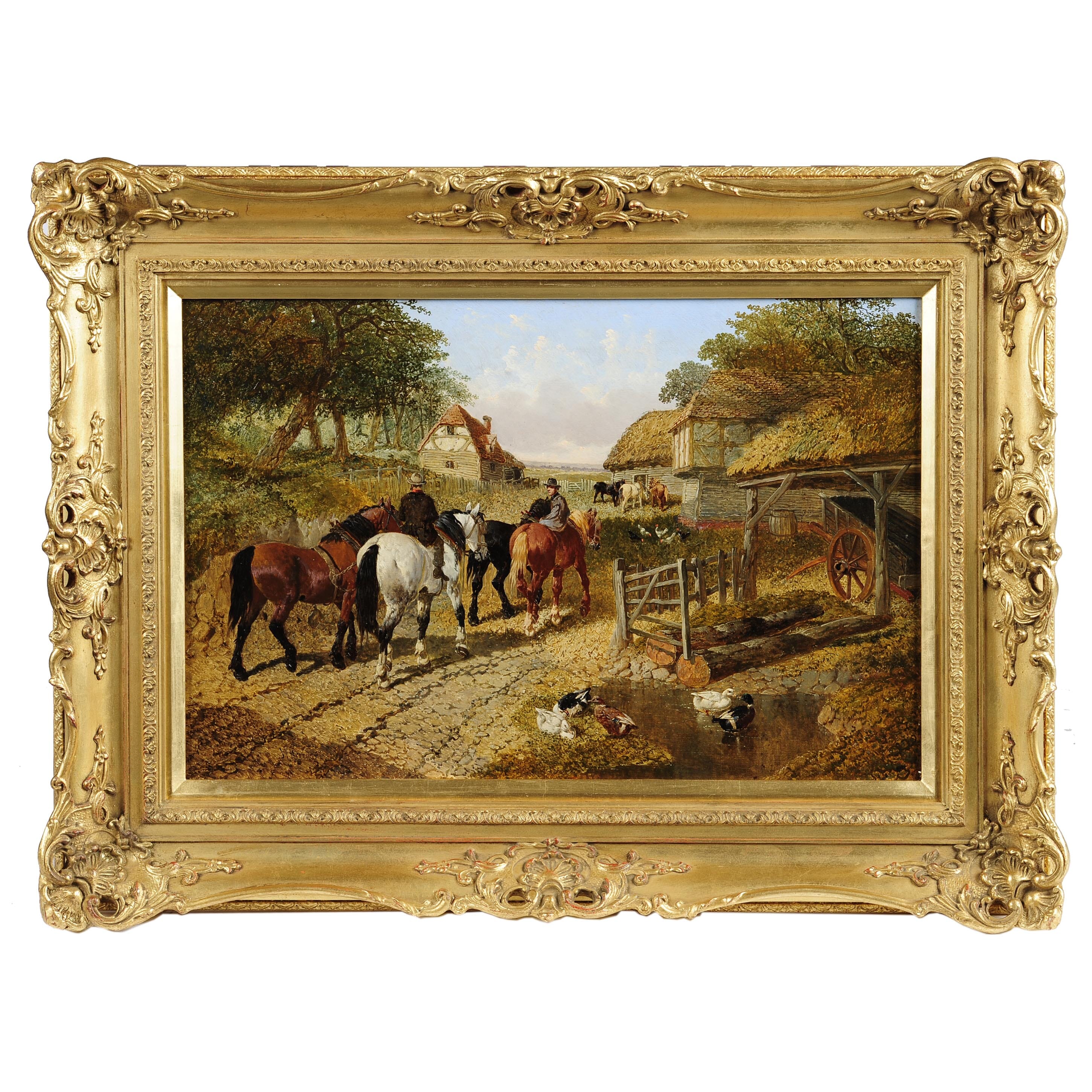 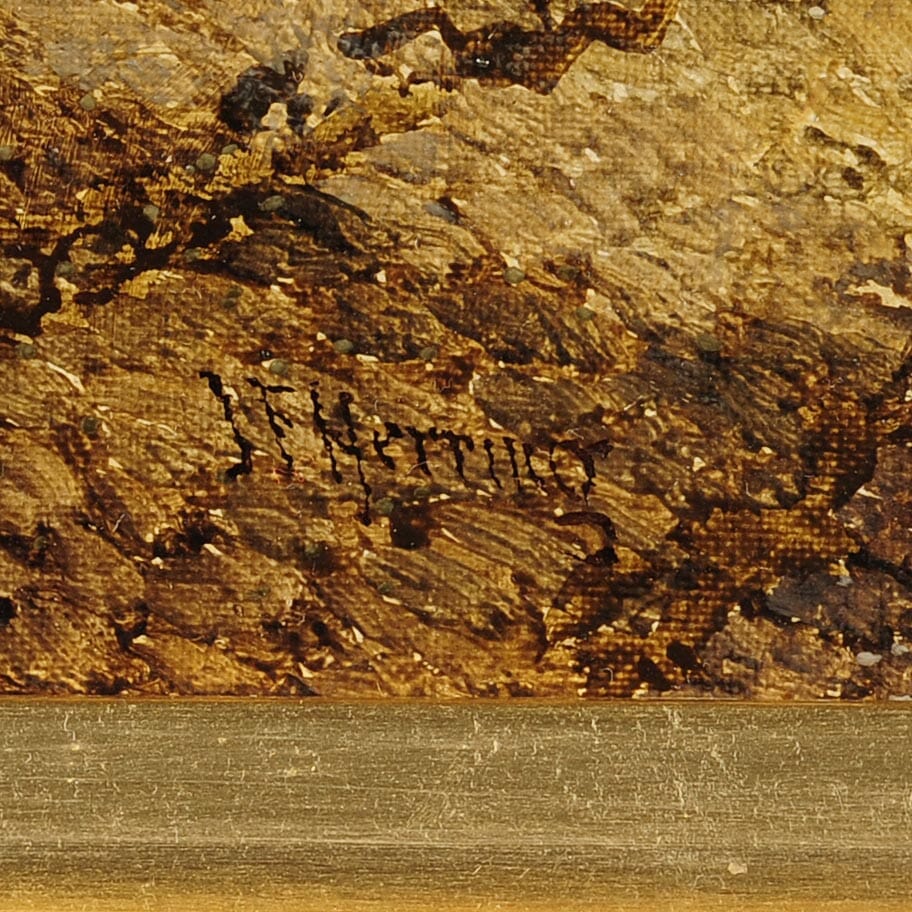 Description: "Glad to be Home" is a tranquil country scene of farm workers and their horses returning home after a long days work painted by renowned Yorkshire born artist John Frederick Herring Junior.

Further Information: Born in Doncaster in 1815, Fred, as he was known within his family, was the eldest of J.F.Herring senior's three sons. Both in style and subject matter Fred was greatly influenced by his father. This is seen particularly in his agricultural and farmyard scenes and steeple chasing subjects. He claimed at the time that to be a good painter of horses, one had to be "brought up in the stable".

The family moved from Doncaster in 1830 and although Fred certainly assisted his father when the Herring's were living at Six Mile Bottom near Newmarket, between 1830 and 1833, he did not accompany the rest of the family when they later moved to London. It has been suggested that Herring Senior and his son quarrelled over the similarity of their work, and Herring Junior did not begin to exhibit his paintings at the Royal Academy, Royal Society of British Artists and the British Institution until 1863, in order to avoid further conflict with his father. A highly popular artist during his lifetime and still extremely sought after today.