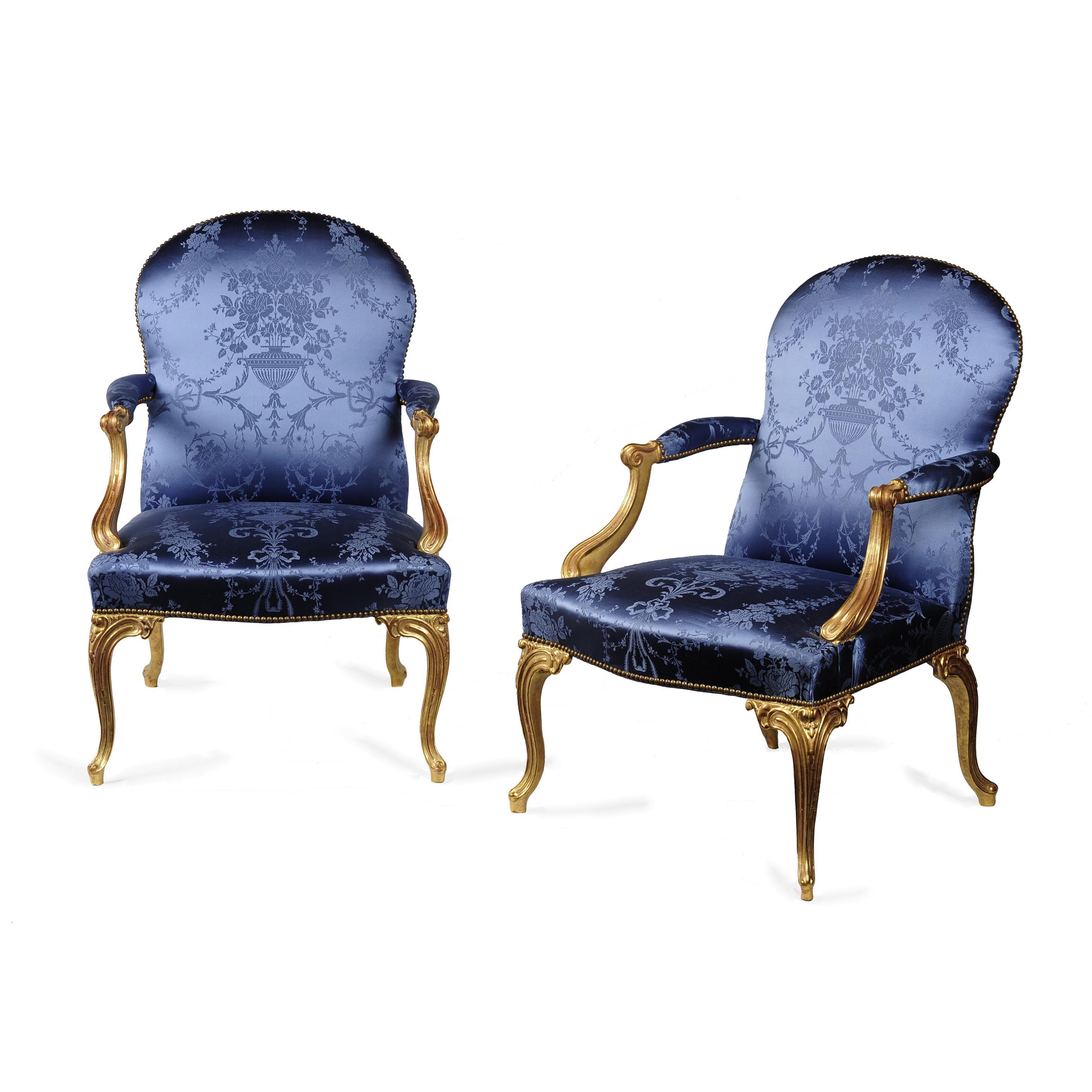 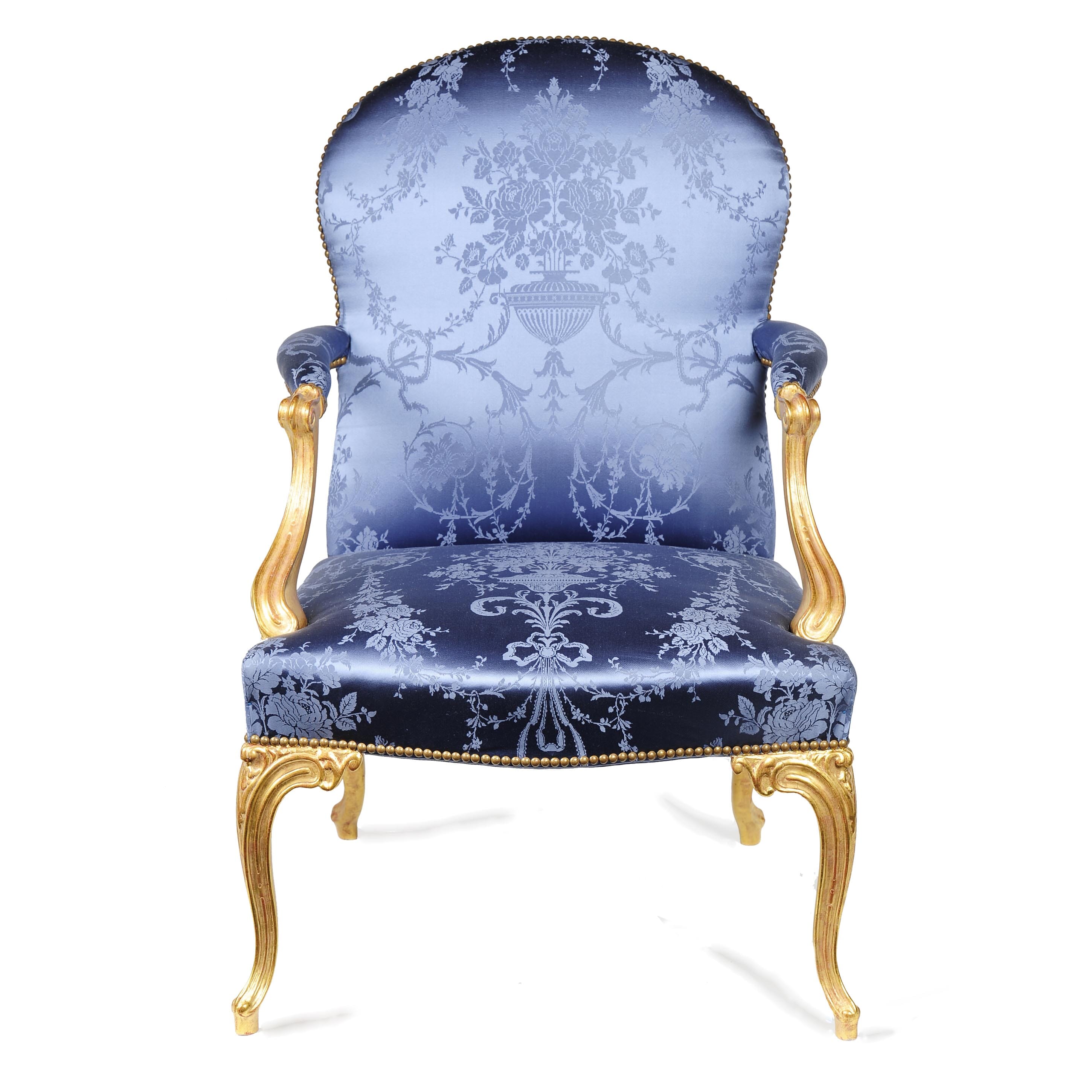 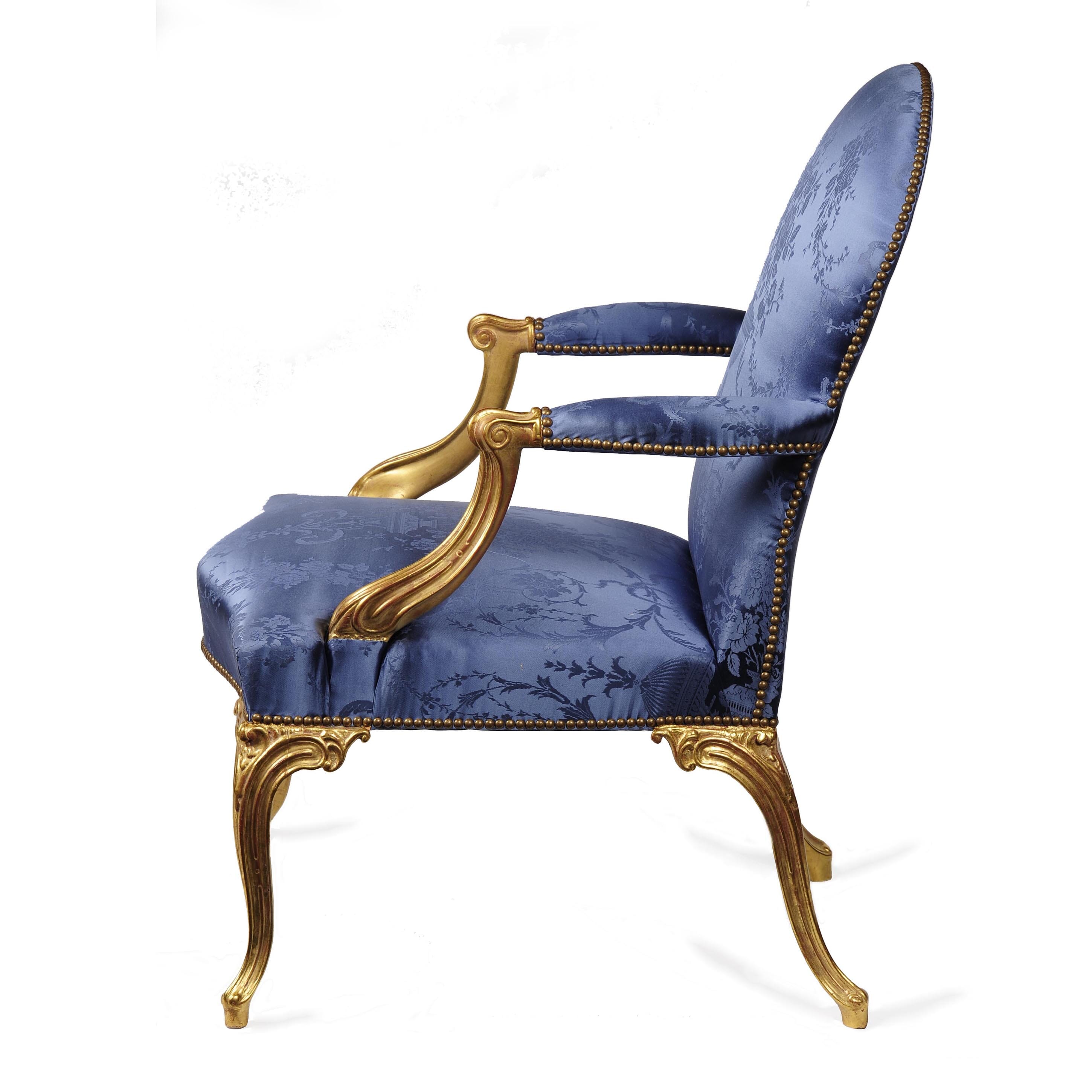 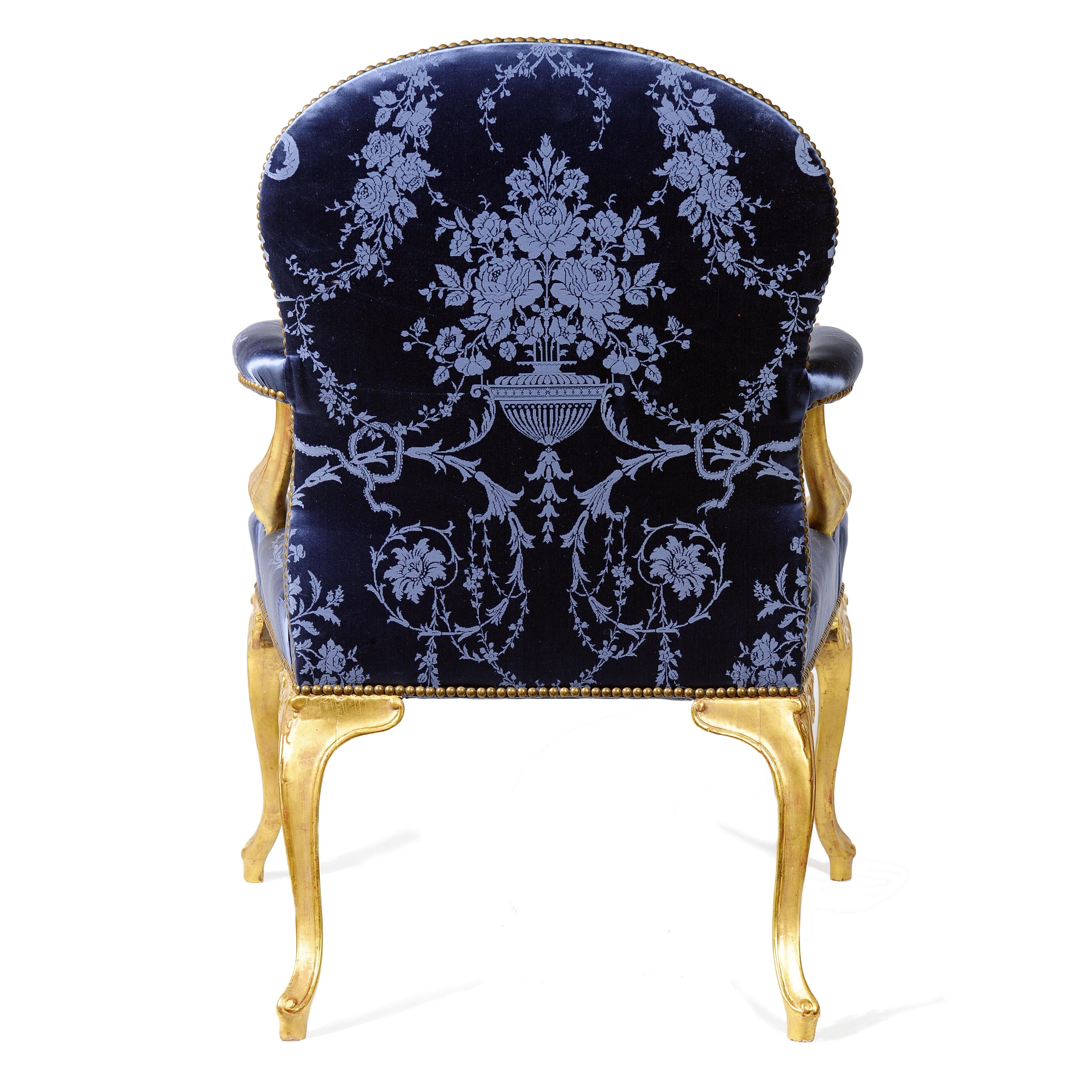 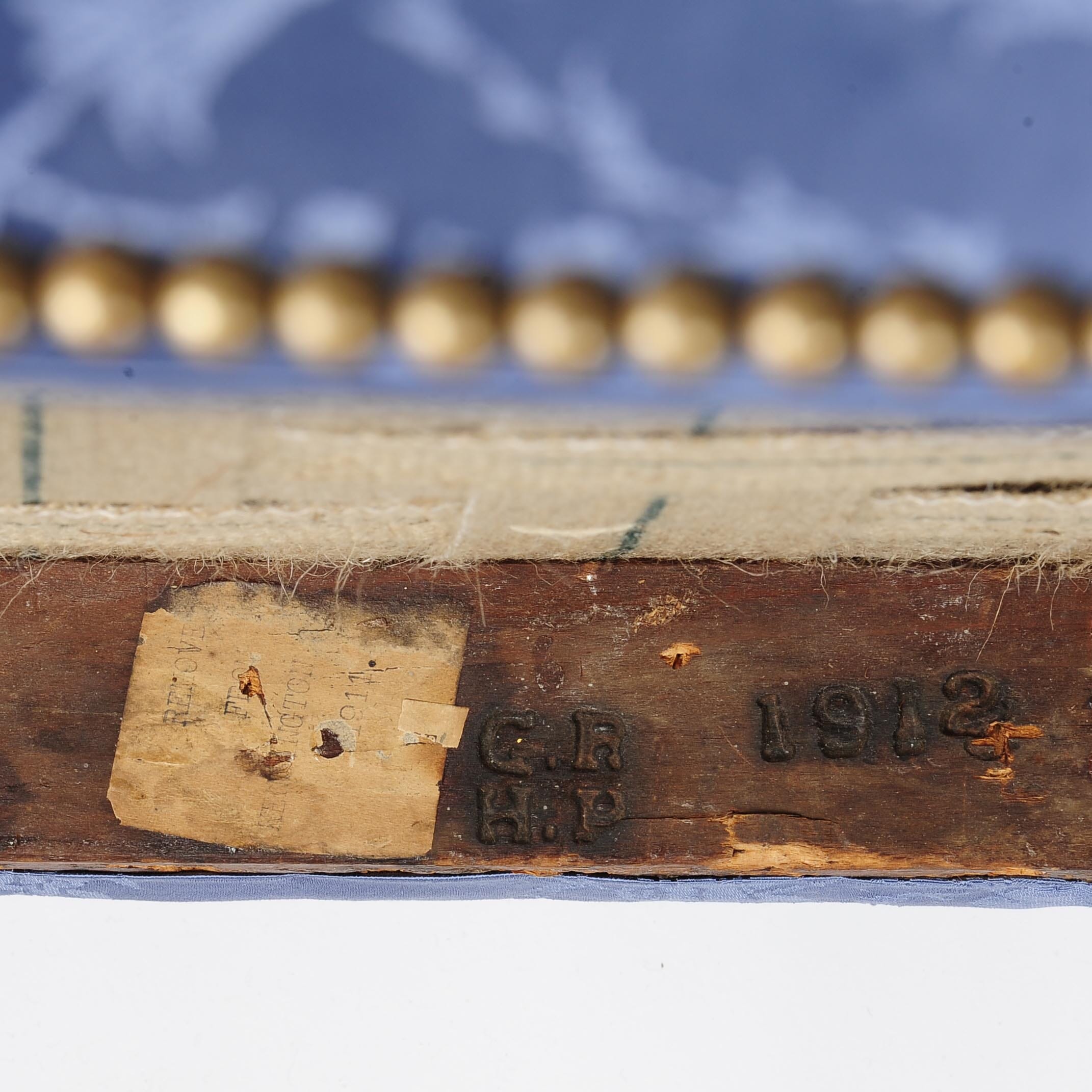 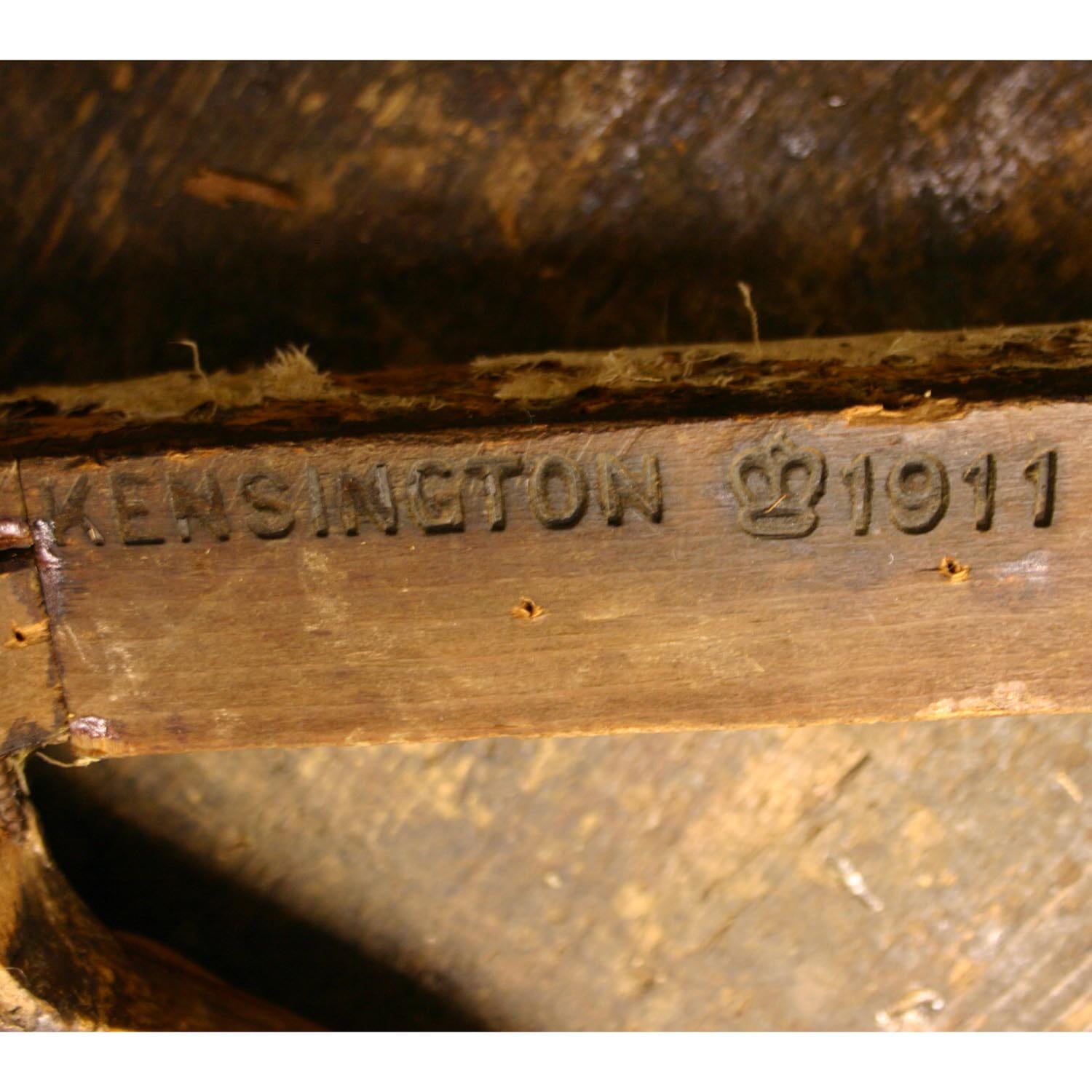 Description: An outstanding pair of George III giltwood armchairs in the French Hepplewhite manner by William King, London and with Royal provenance. The curved backs with carved, moulded out-scrolling arms above a serpentine seat standing on fine cabriole giltwood legs. The overall stance is particularly elegant and refined. The chairs have been re-covered in a silk fabric which has been made to an 18th century design.

Further Information: These chairs bear various Royal inventory marks from Kensington Palace in London and Holyrood House in Edinburgh. They were certainly at Kensington until 1911 at which time they were apparently sent to the Palace of Holyrood for the first visit of King George V and Queen Mary. A photograph circa 1912 of the Throne Room at Holyrood shows three chairs of this model, together with a group of six related stools. It is unclear when the chairs might have left the Royal Collection, but a 1927 inventory of Holyrood does not include them in the Throne Room, which at the time was undergoing alterations. However, the brands on the chairs confirm a date at Holyrood between 1912 and 1927.

The maker's inscription 'W. King Uph' signed on the seat rail. While there were many makers of this name, the most likely candidate is William King (d. 1774), who was apprenticed under Philip Bell, thereafter establishing his own workshop in St. Paul's Churchyard in 1766.

Condition: Excellent. The chairs have been completely stripped to the frame, repairs made where necessary. It was noted by our workshop that the chair frames were in completely original condition. Legs and arms re-gilded and the chair re-stuffed and covered in a silk/cotton 18th century design fabric made in Suffolk.