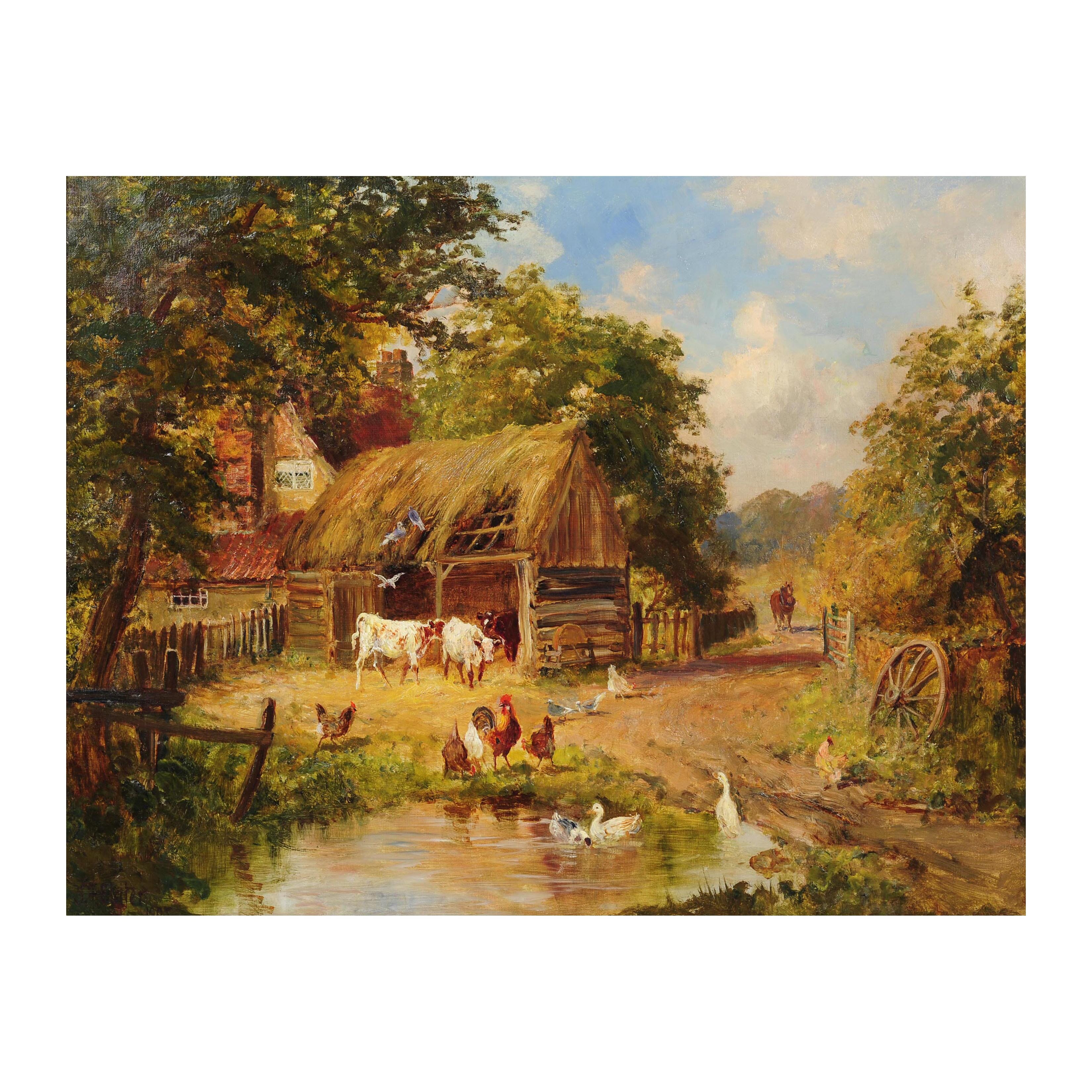 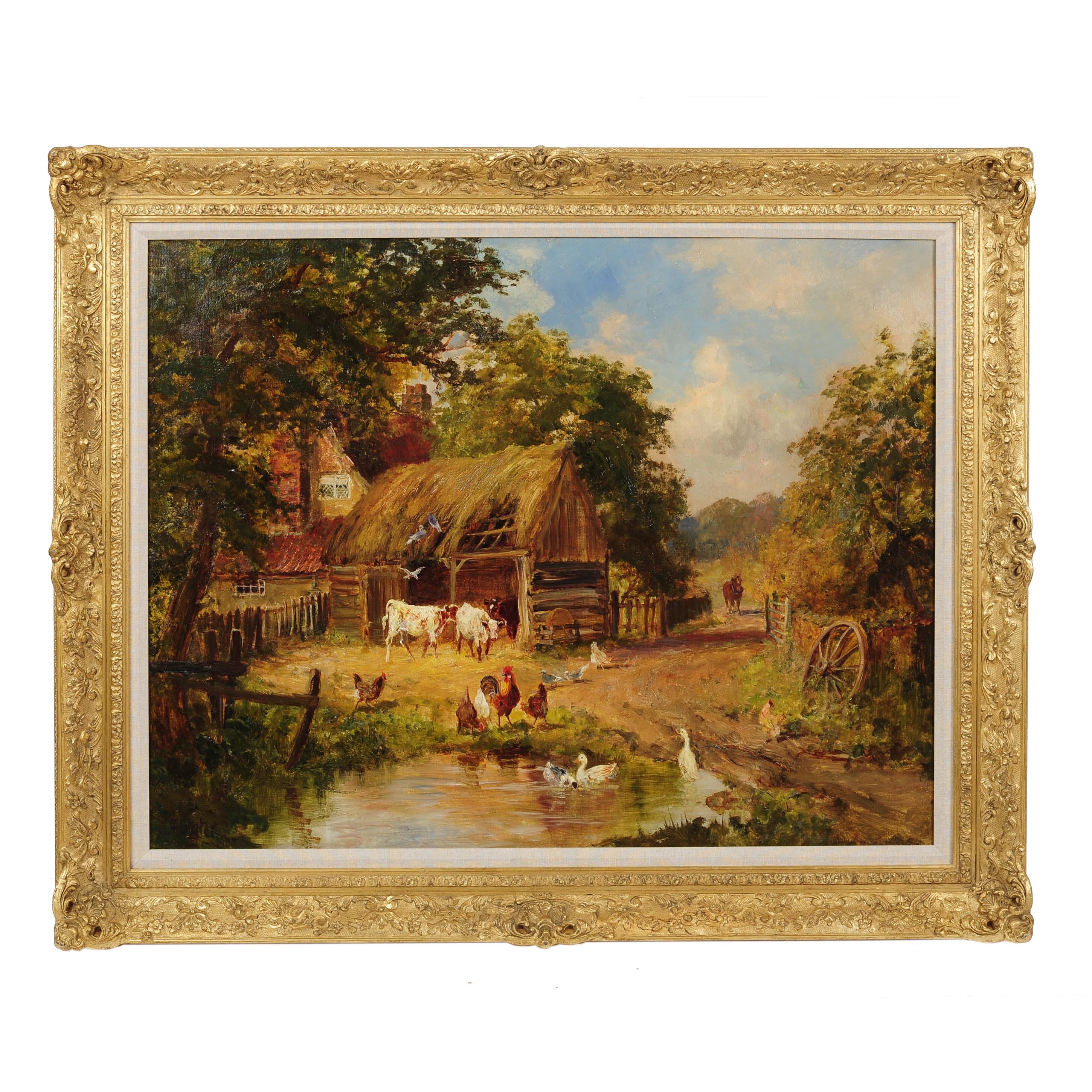 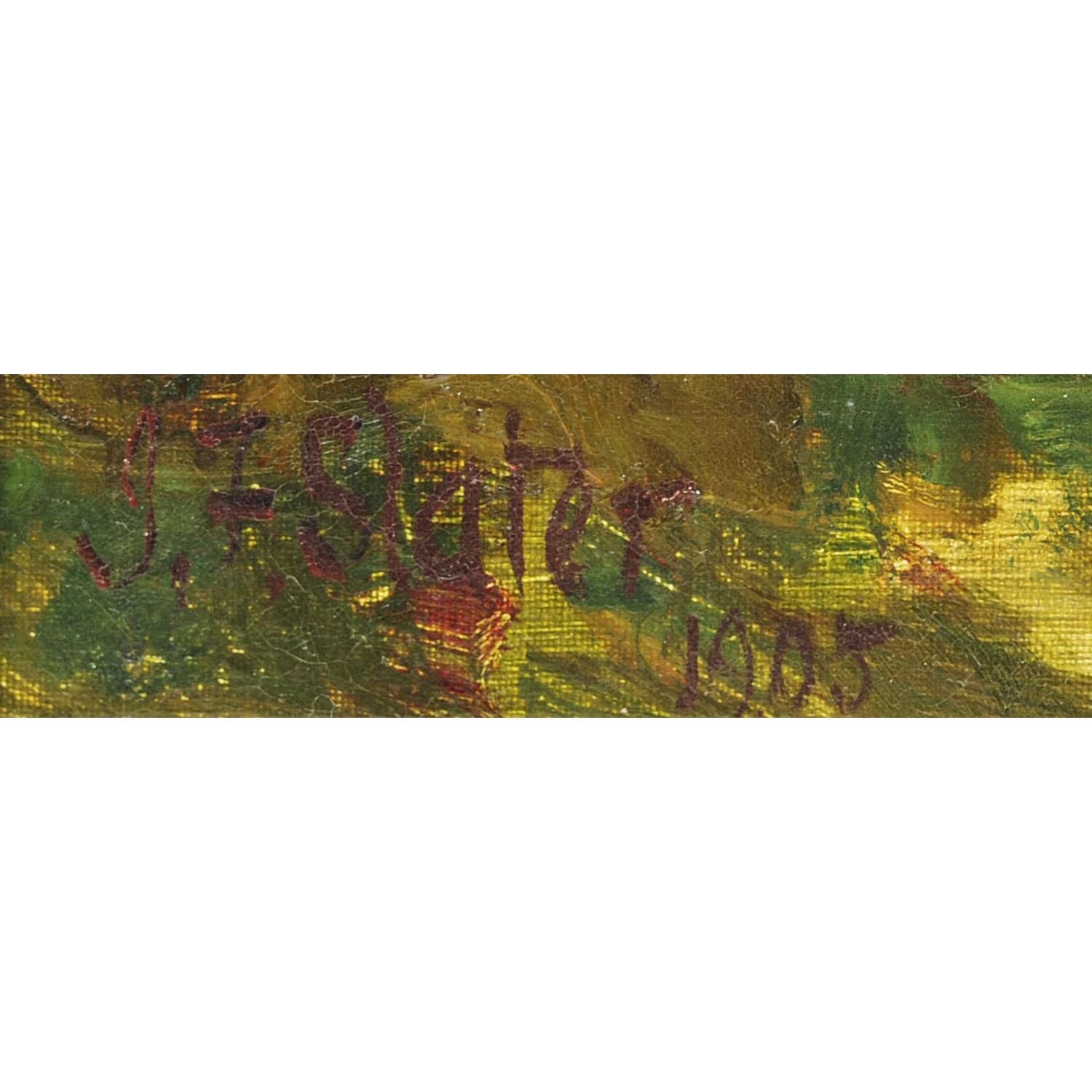 Description: A bright, sunny and vibrant observation of a farmyard on a summer?s day by Northumbrian artist John Falconer Slater.

Further Information: John Falconar Slater was born in, Newcastle-upon-Tyne, in 1857 and lived for many years in Cullercoats, Northumbria. A landscape, seascape and portrait painter with a distinct dynamic impressionist style. He was particularly good at depicting wild water and often painted the North Sea on the shores of which he lived. Before becoming an artist John Falconar Slater worked as a book-keeper for his father, Thomas, in his corn mill and later lived in South Africa for a period where he ran a store in the diamond fields. Once established as an artist he practiced in the region of his homeland, Northumbria. In 1889 his first picture was accepted by the Royal Academy where he continued to exhibit throughout his career.