William Thornley "Mouth of the Medway" 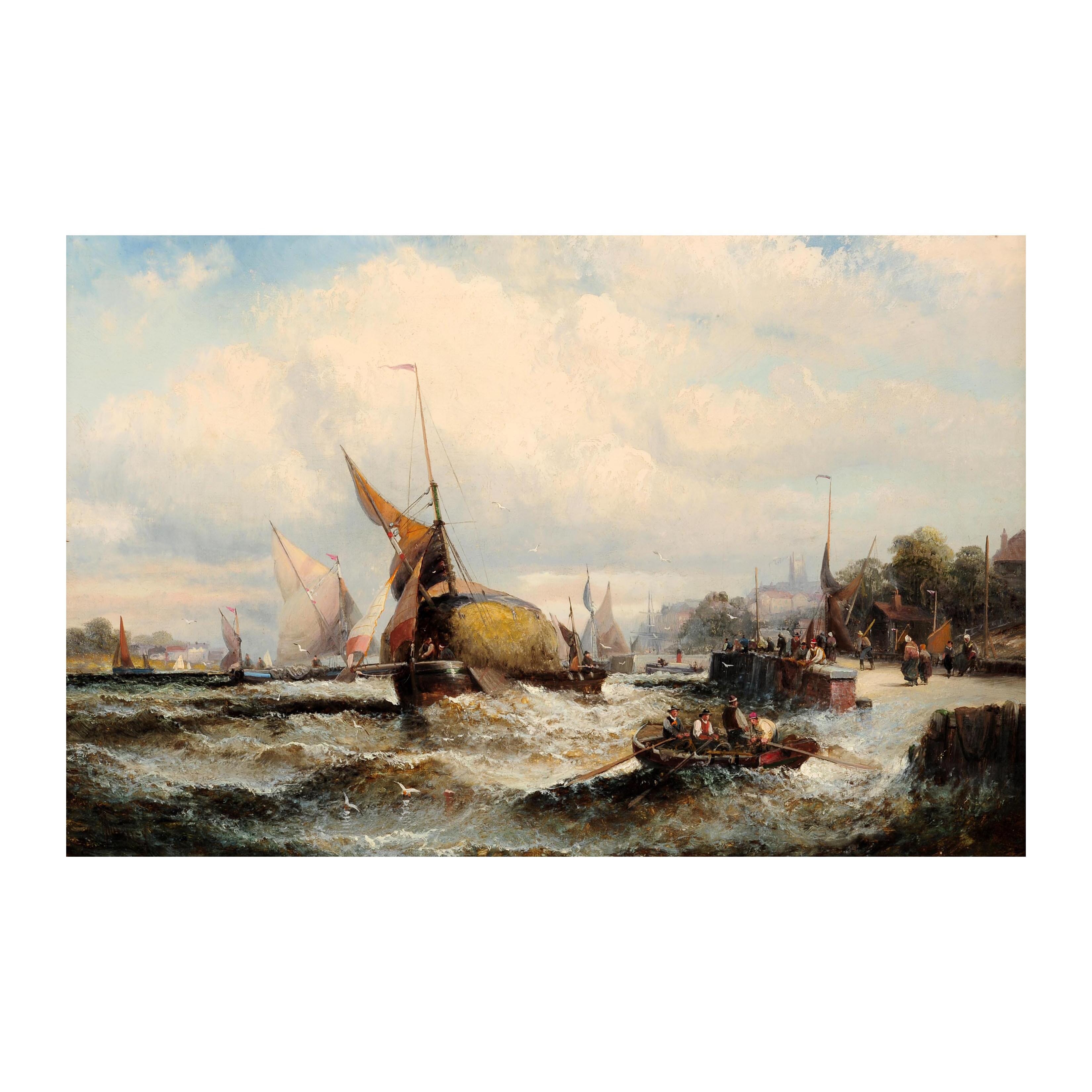 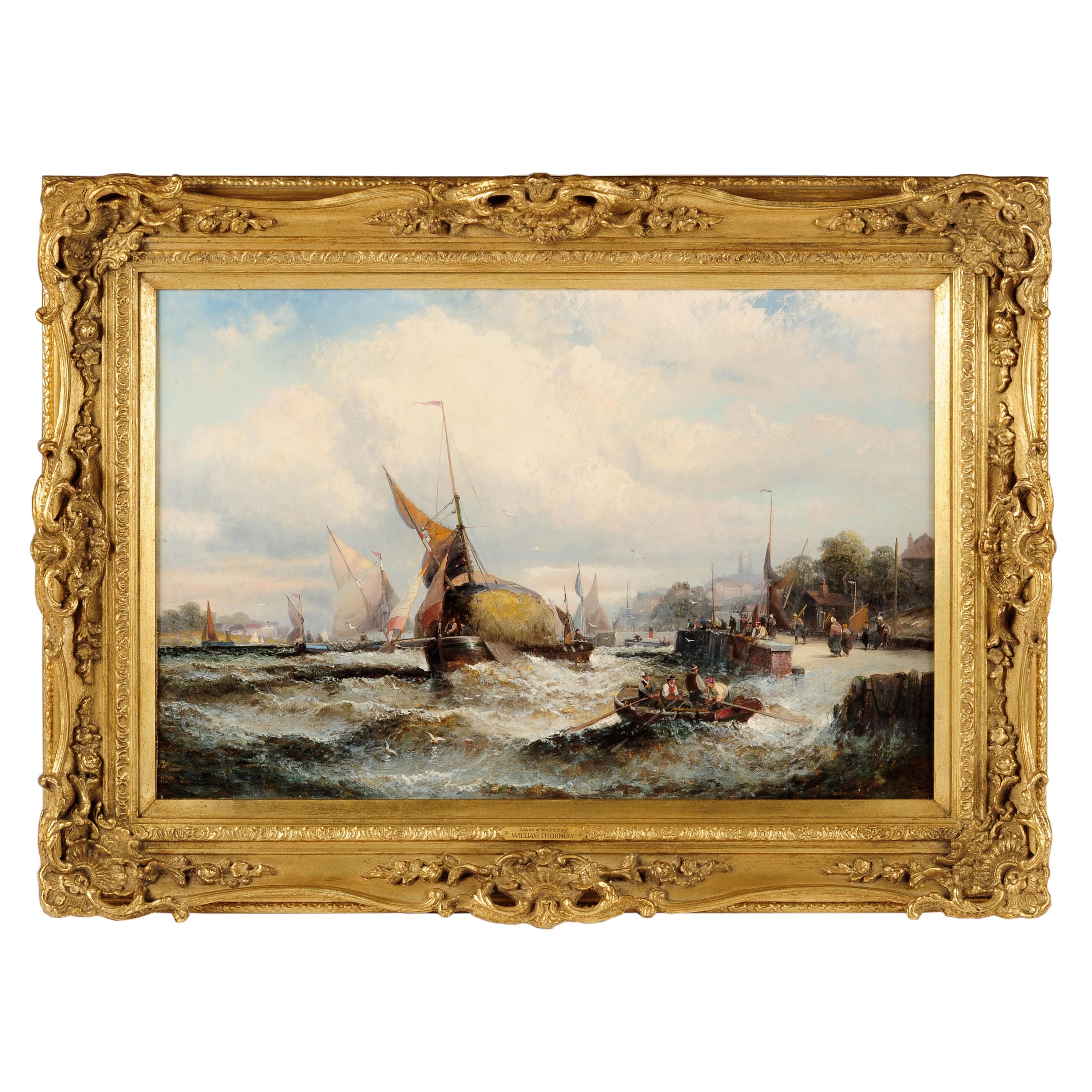 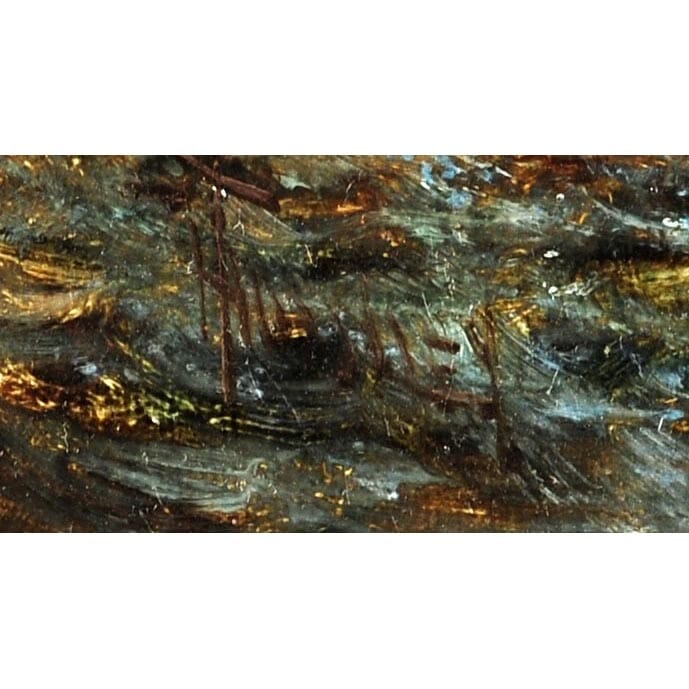 Description: "Mouth of the Medway" - a fine atmospheric marine painting with the wind battling against the tide, set on an important 19th century waterway - The Medway in Kent. It is painted by a man who was a master of his art, but also liked to confuse with the use of variations of his name in his professional life - William Thornley.

Further Information: According to art historian Denys Brook-Hart, Thornley was actually a man called Charles Thornley who worked from an address in Paddington London, but later moved to Rochester in Kent. Although called Charles, his most known name was William Thornley, he would sell and exhibit his pictures under the names Charles Thornley, William Thornley, Hubert Thornley or variations of Thornbery, all these painters actually being the same man. Thornley flourished from 1859-1898 and exhibited at Royal Academy throughout this period. He also exhibited at the British Institution from 1861 till its closure in 1867. His style was very distinctive and no matter what name he used to sign a particular painting, all his works were delightfully executed with atmosphere, presence and great detail.

Artist & Painting: William Thornley, British, (fl1859-1898) - "Mouth of the Medway" - circa 1880. Signed lower left. Oil on canvas in a recent English made swept and leafed frame. Inscribed on stretcher.