Edgar Hunt - "My Friends in the Farmyard" 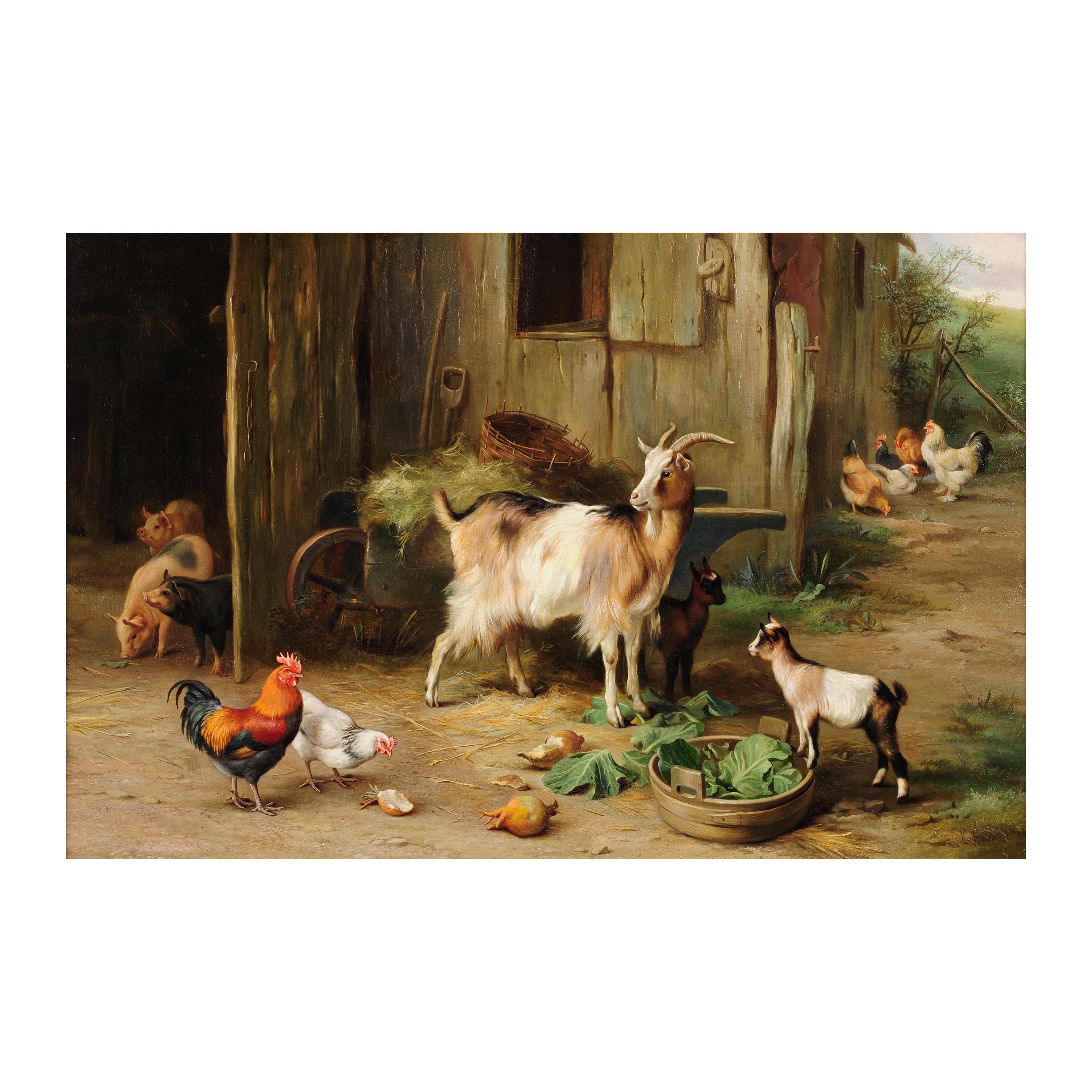 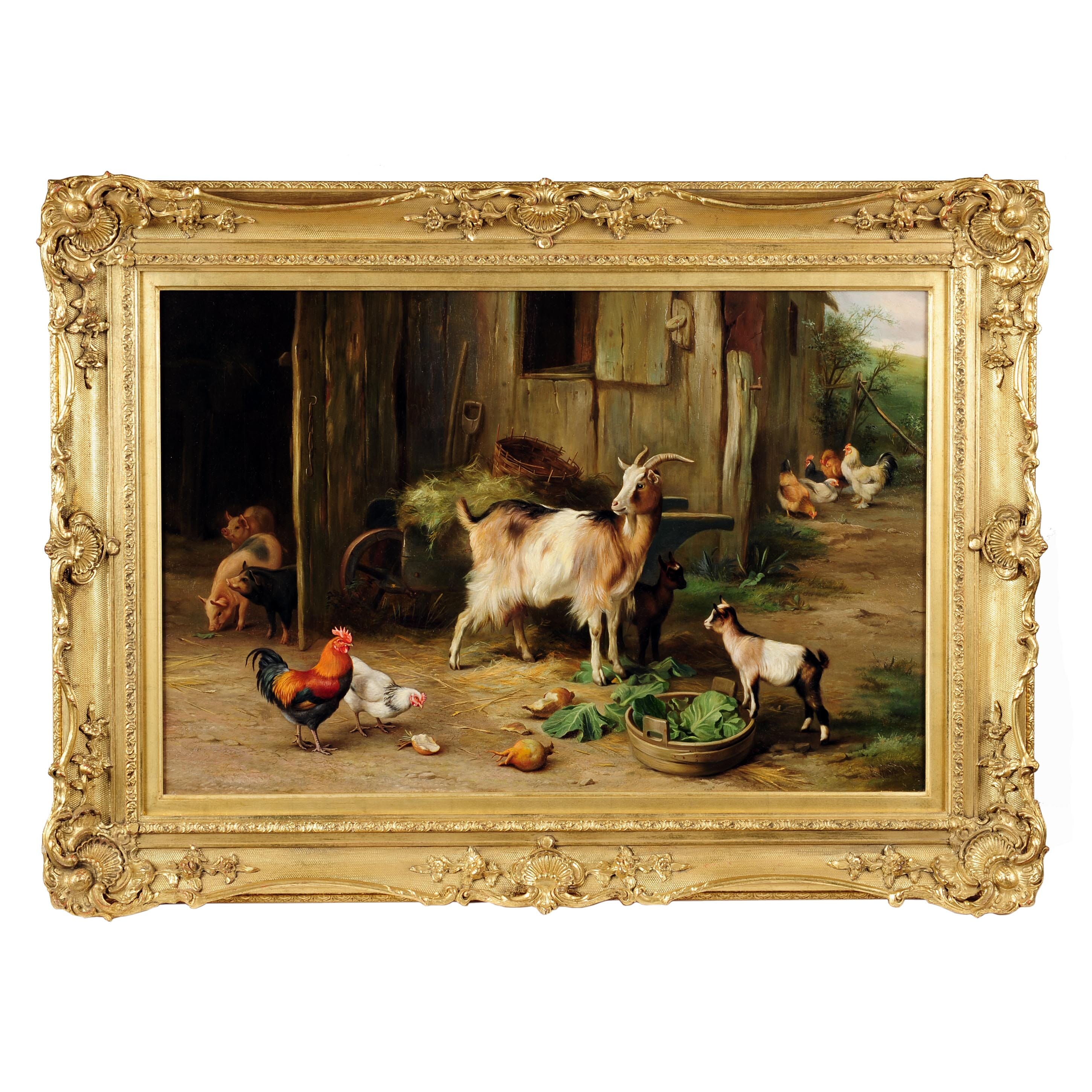 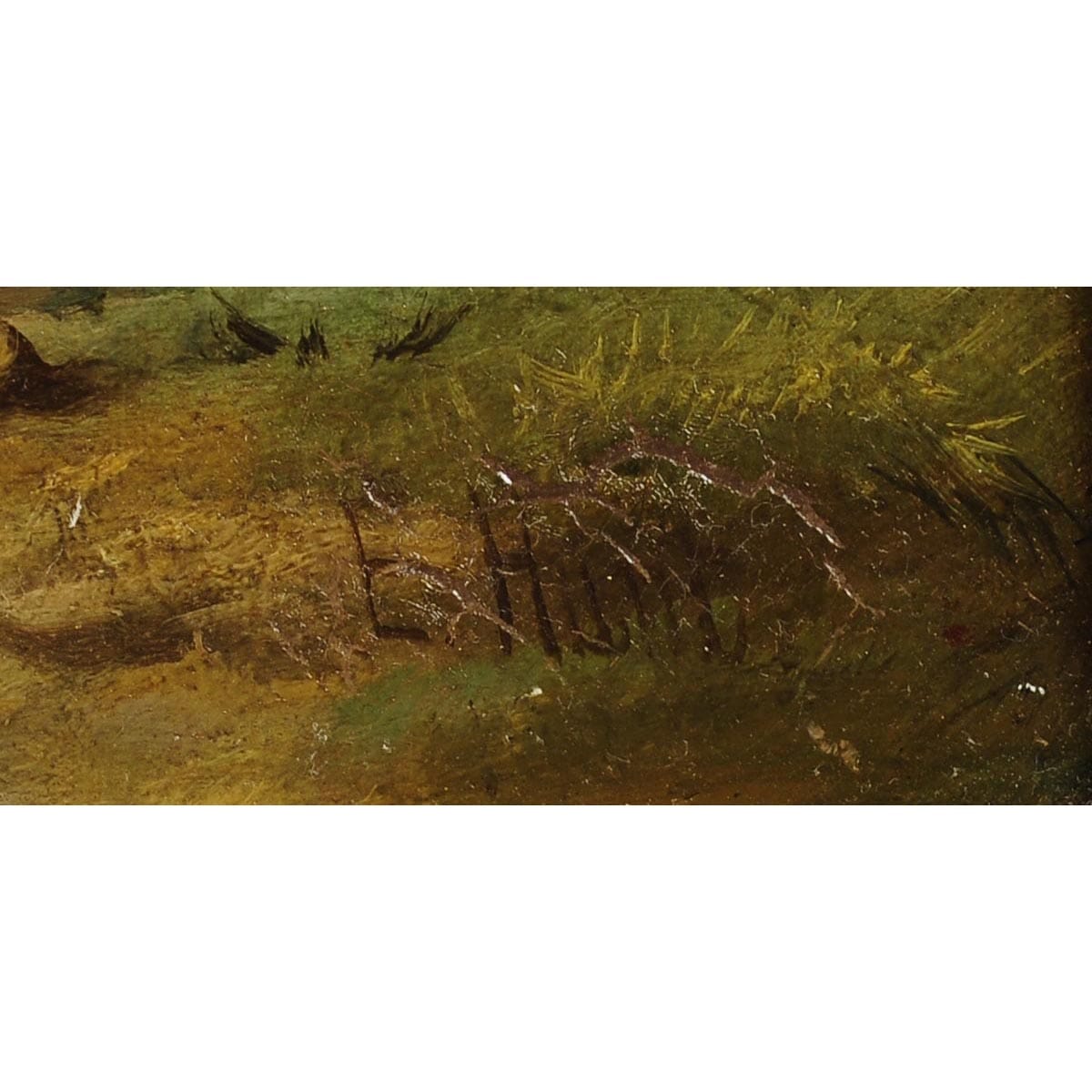 Description: "My Friends in the Farmyard" is a delightfully observed and exquisitely executed oil of a goat with her baby kid enjoying a snack of cabbage leaves whilst being helped along by some friendly chickens and pigs. Painted by probably the most accomplished of all animal painters of the day; Edgar Hunt. This large and attractive work is certainly one of his most appealing pictures.

Further Information: Born in Birmingham in 1876, Edgar and his brother Walter were the third generation in the Hunt family to become artists. His grandfather Charles Hunt (1803-1877) was well-known for his humorous genre subjects which he exhibited from 1846 at the Royal Academy and other prestigious venues. Edgar?s father was Charles Hunt Jr. (1829-1900). He painted in a similar vein to his father but he also worked with animals.

With this background of artistic achievement it was natural for Edgar to become an artist. Edgar had no formal art training but was schooled by his father. He specialised in painting exquisitely detailed works of farmyard scenes and animals, executed meticulously in a realistic style which never changed throughout his career. Hunt was devoted to animals from a very early age and had originally intended to be a farmer, working on a farm near Lewes in Sussex for a short period.