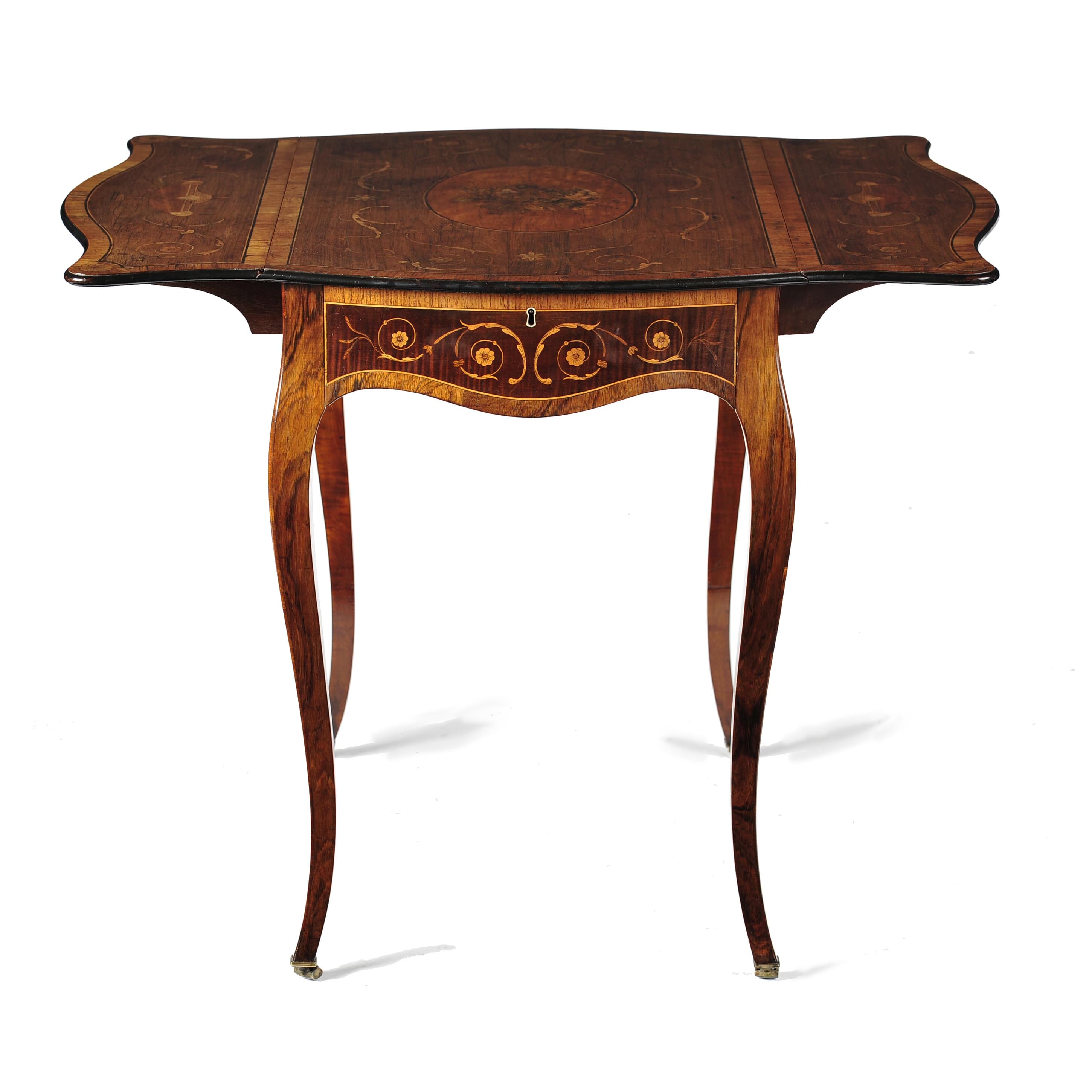 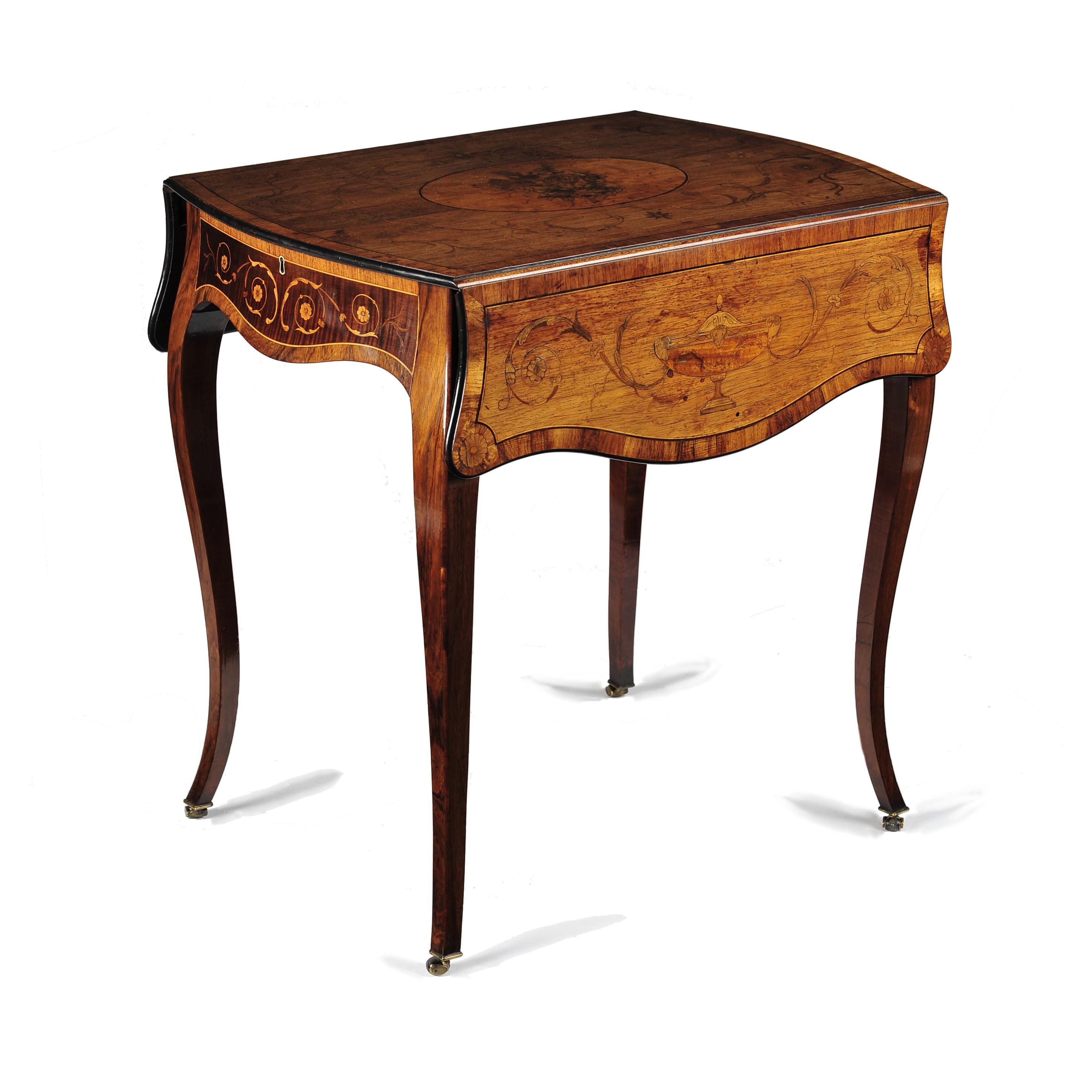 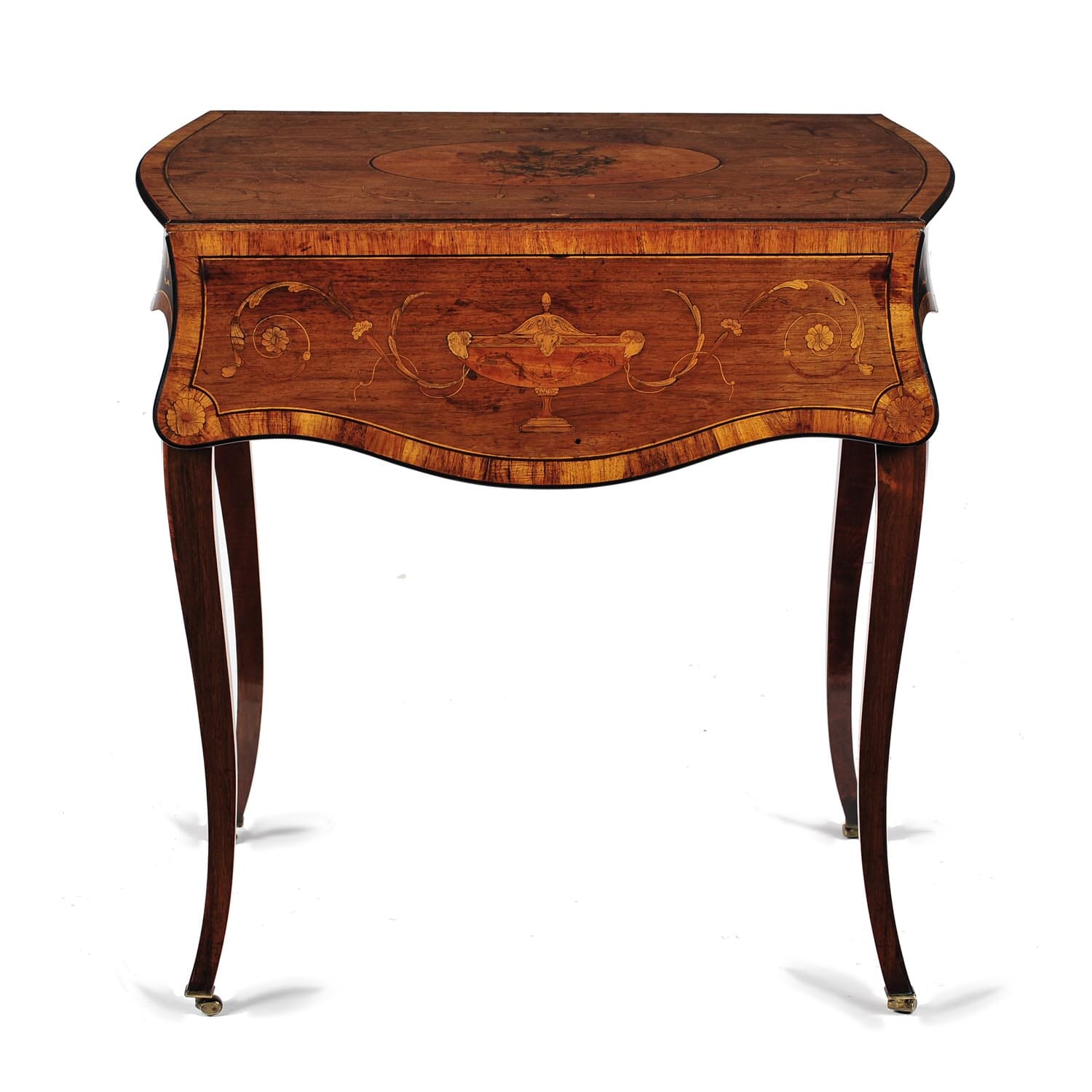 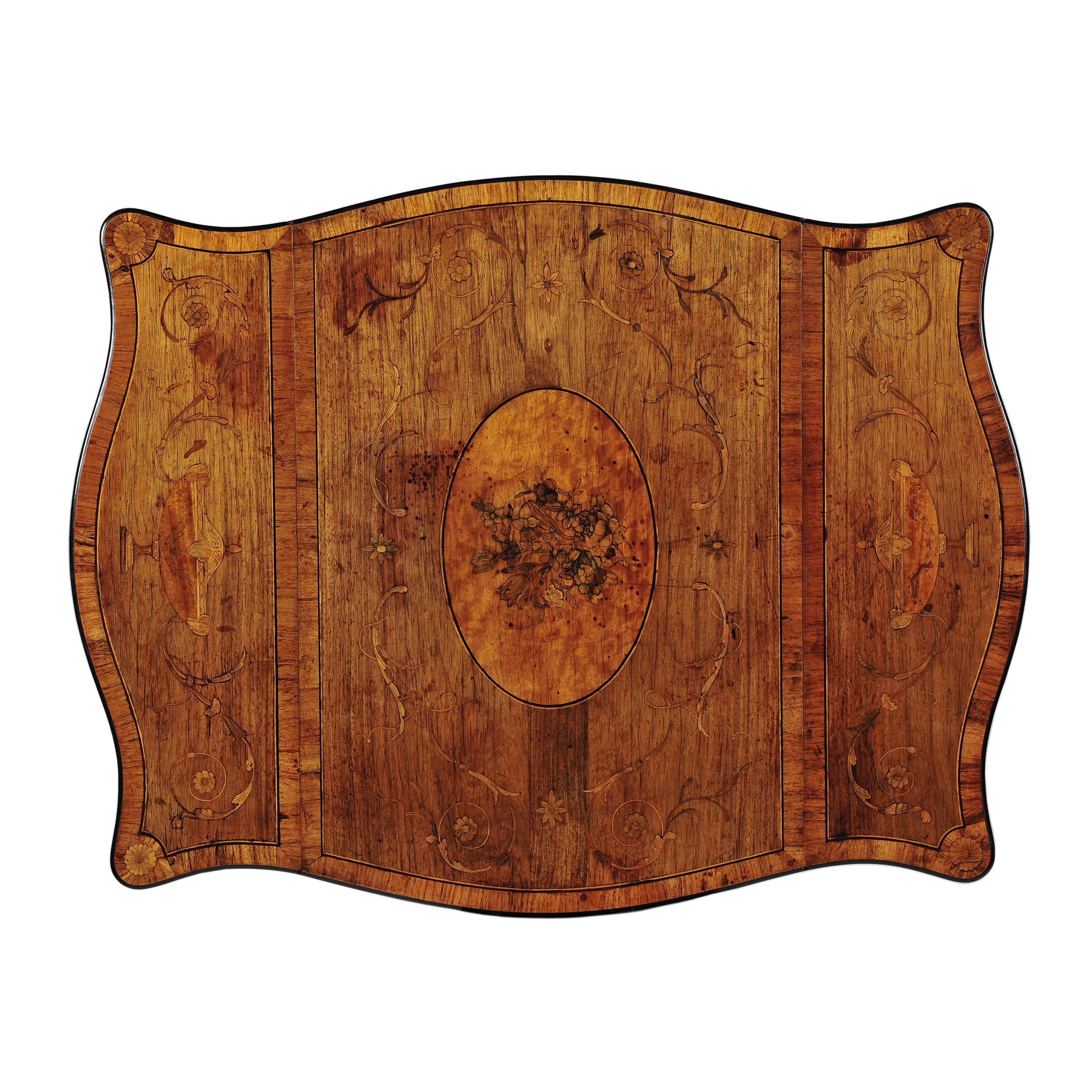 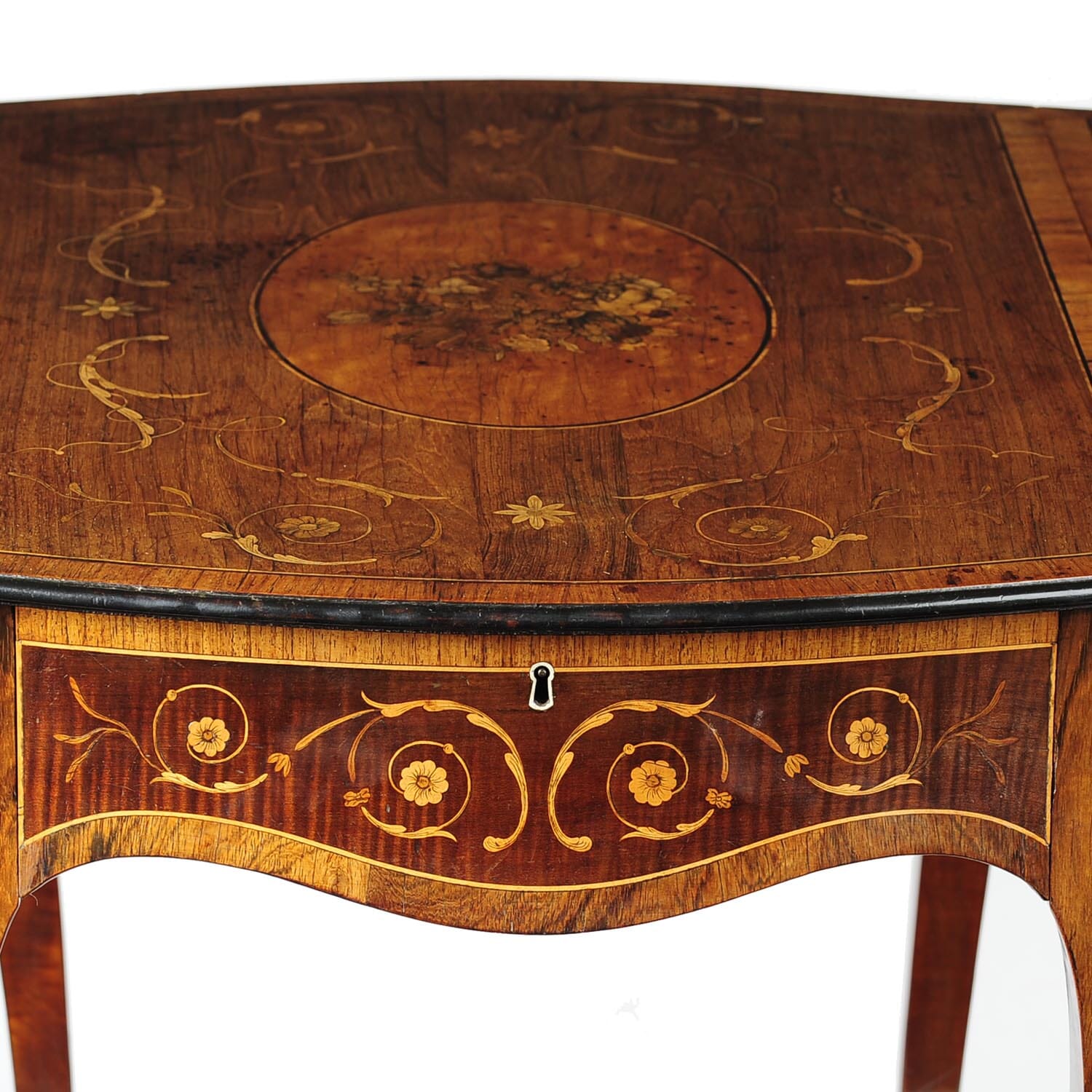 Further Information: This table was purchased in the 1920’s with the guidance of acclaimed furniture historian Herbert Cescinsky, it has remained within the same family collection since then. Christopher Fuhrlohg was a Swedish émigré who trained in Paris. The Fuhrlohg attribution is strengthened by the low, wide Adam-esque urns with triple ram’s head handles. This motif – highly unusual in having an extra ram’s head to the centre of the urn - was used by Fuhrlohg on the top of an English bureau plat at Alnwick Castle. Other Fuhrlohg characteristics include the idiosyncratic use of different grounds to veneer the backs and fronts of the legs, seen for instance on the Furhlohg commode in the Lady Lever collection. Christopher Fuhrlohg (born about 1740 – died after 1787) arrived in London from Paris around 1766. He worked first for John Linnell in Berkeley Square before setting up by himself nearby. His clients included the Prince of Wales and Lord Howard of Audley End. Along with Pierre Langlois and George Haupt he helped make the Parisian taste for marquetry fashionable in London.

Provenance: Purchased in the 1920's with the guidance of acclaimed furniture historian Herbert Cescinsky, it has remained within the same family collection since then.