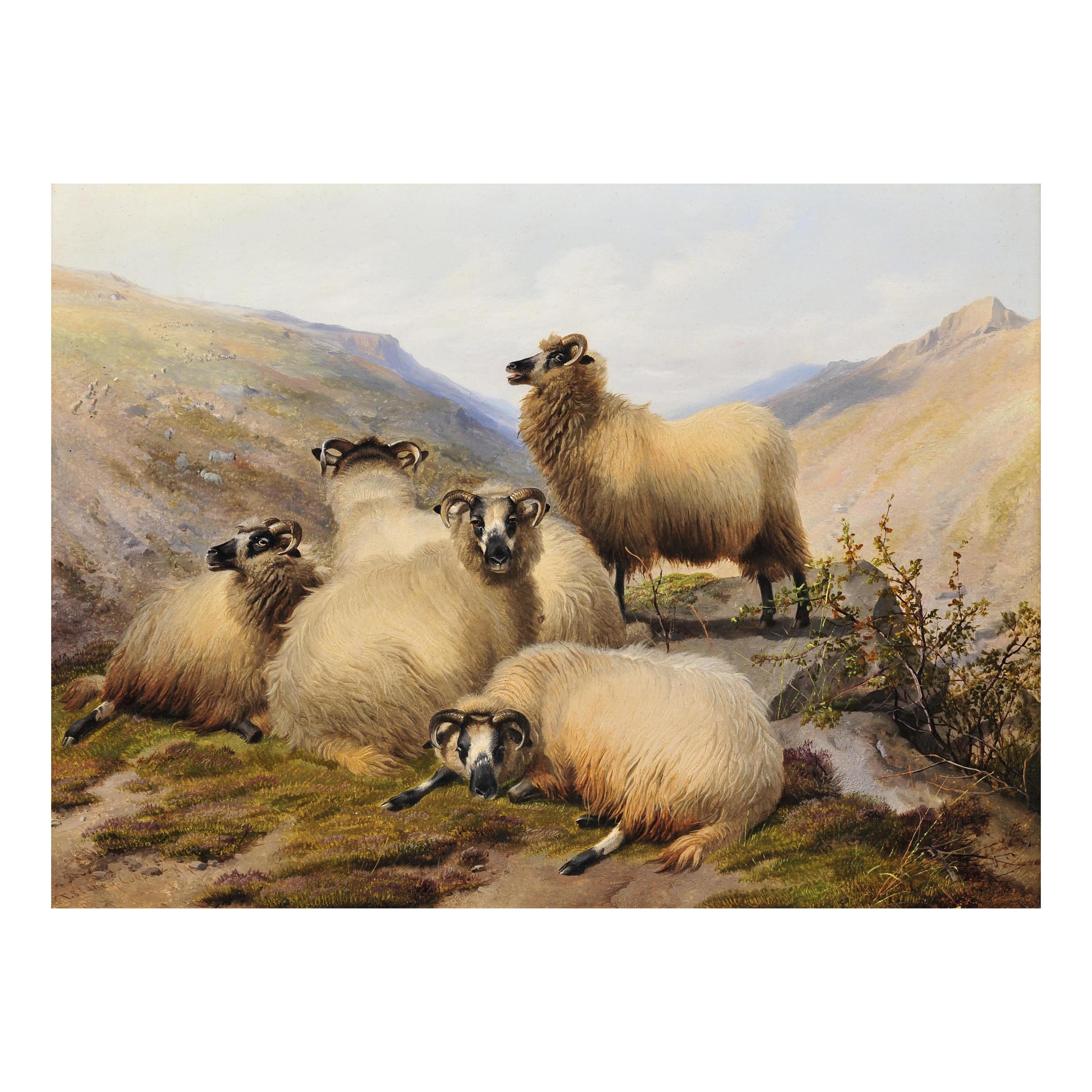 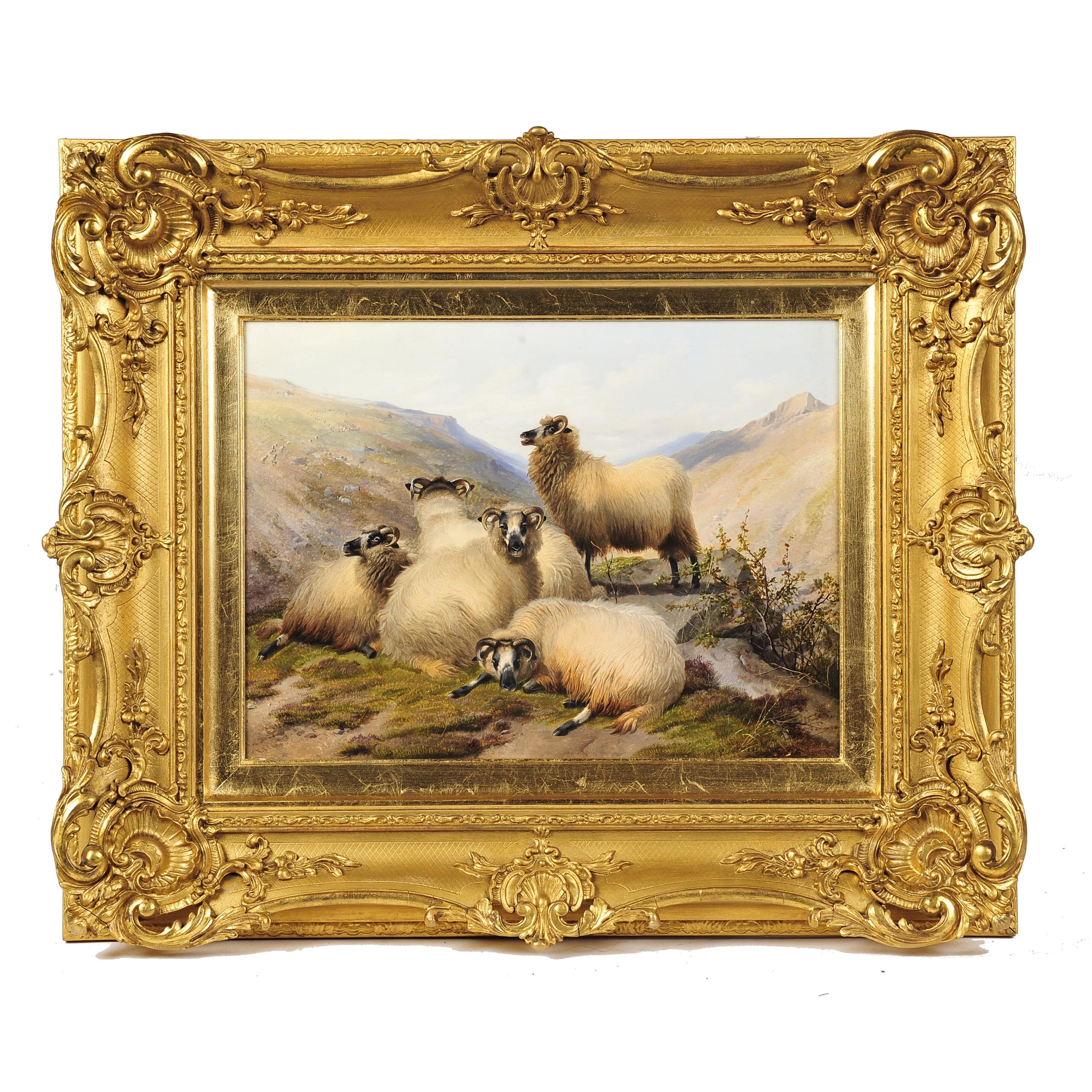 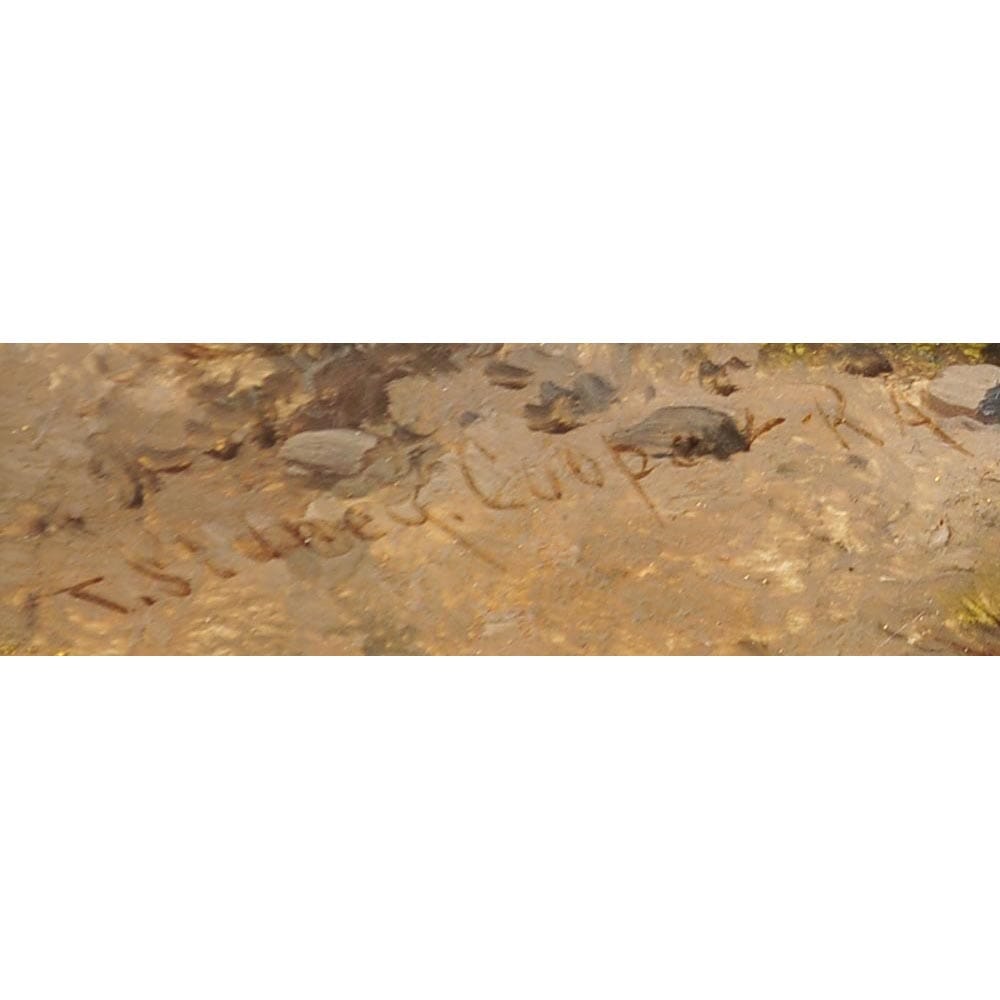 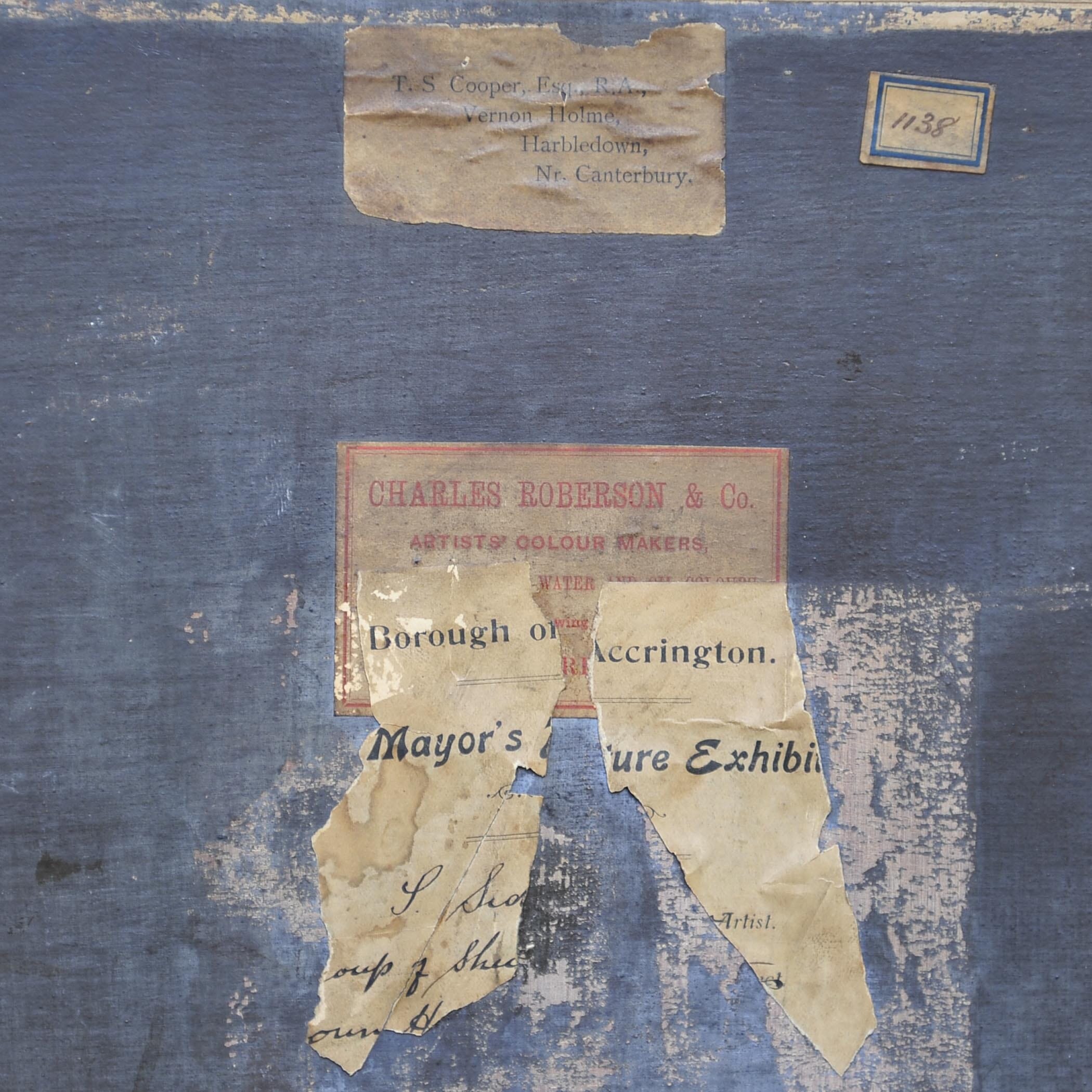 Description: A magnificent work, finely detailed and alive, depicting a group of sheep on a Scottish Hillside, painted by probably the most famous of all 19th century animal painters - Thomas Sidney Cooper.