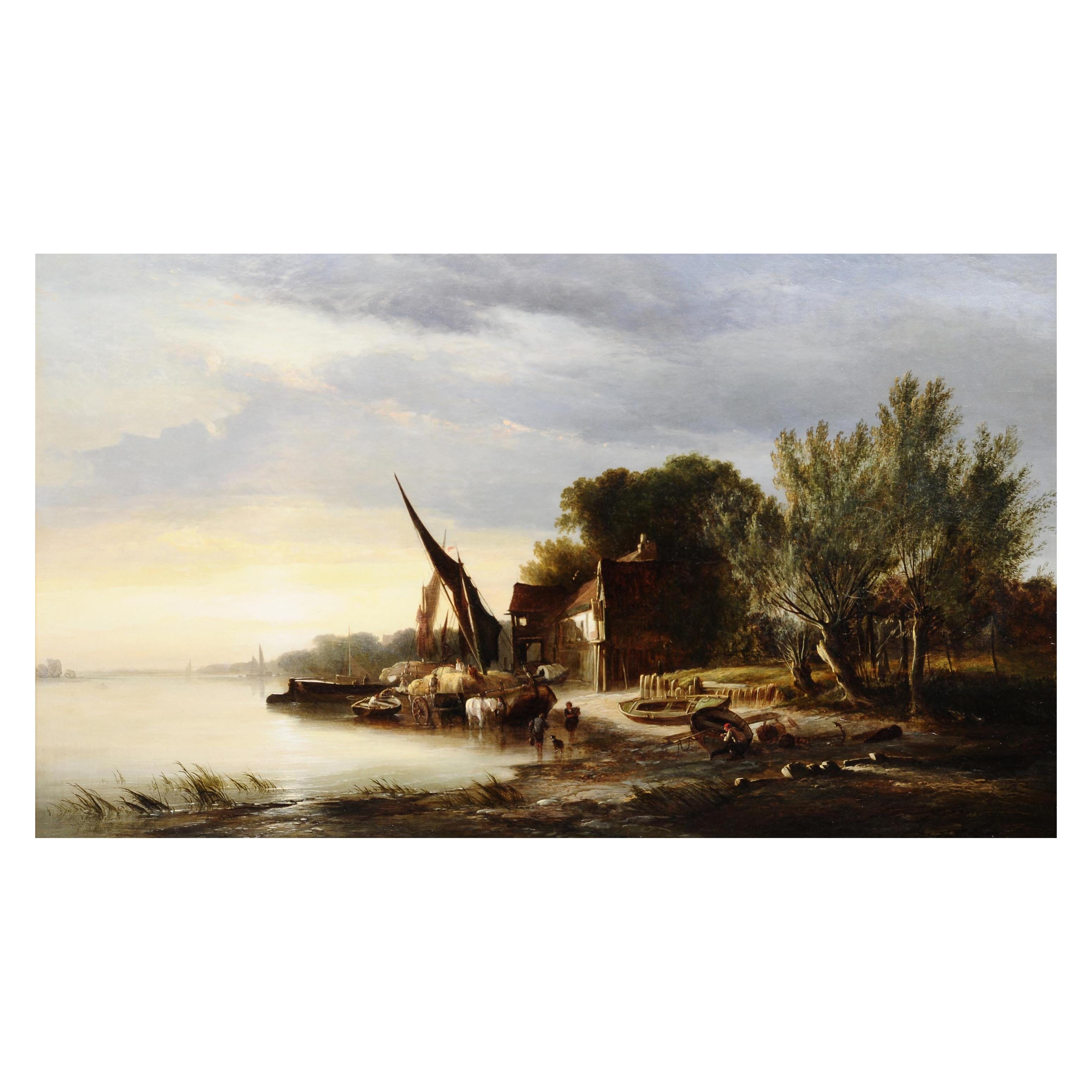 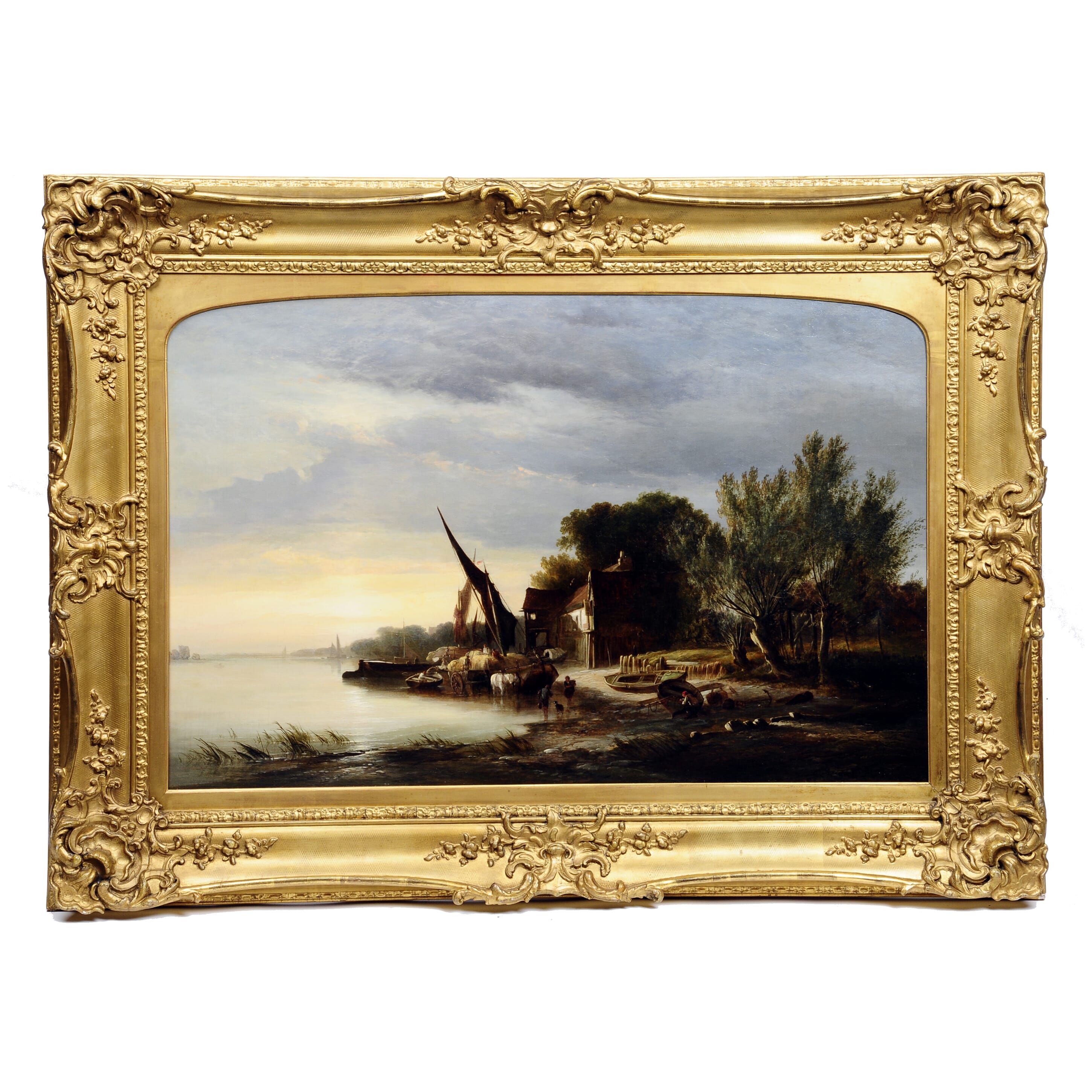 Description: "Early morning on the Thames" - a rustic and tranquil study of 19th century life in the early morning along the river Thames by George Augustus Williams.

Further Information: George was a landscape painter, being a member of the well-known Williams family of painters. He was the third son of Edward Williams, born on 04 May 1814 in the St. Marylebone district of London. He was a prolific and versatile artist, painting Thames views, moonlight scenes, coastal subjects and landscapes in Kent, Wales and elsewhere. By 1841 he and his wife Caroline had a family of four sons and a daughter. Later they moved to Barnes, (almost within sight of the Thames, which Williams so often used as the subject of his paintings) where the artist lived for over fifty years. George almost certainly inherited a talent from his background, but his work also contains distinguishing characteristics, which give it a very definite identity. He handled colour with great freedom, producing a variety of surface and delicate fluidity of tone, a golden harmony that owes something to J.M. Turner. Whether winter or summer scenes, these canvases are overlaid with a subtle transparency of yellow glazing, creating either warmth or cold, according to the value of the tones employed.

Condition: Excellent. The painting has been lightly cleaned and for stability re-lined.

Provenance: From a private collection in London.