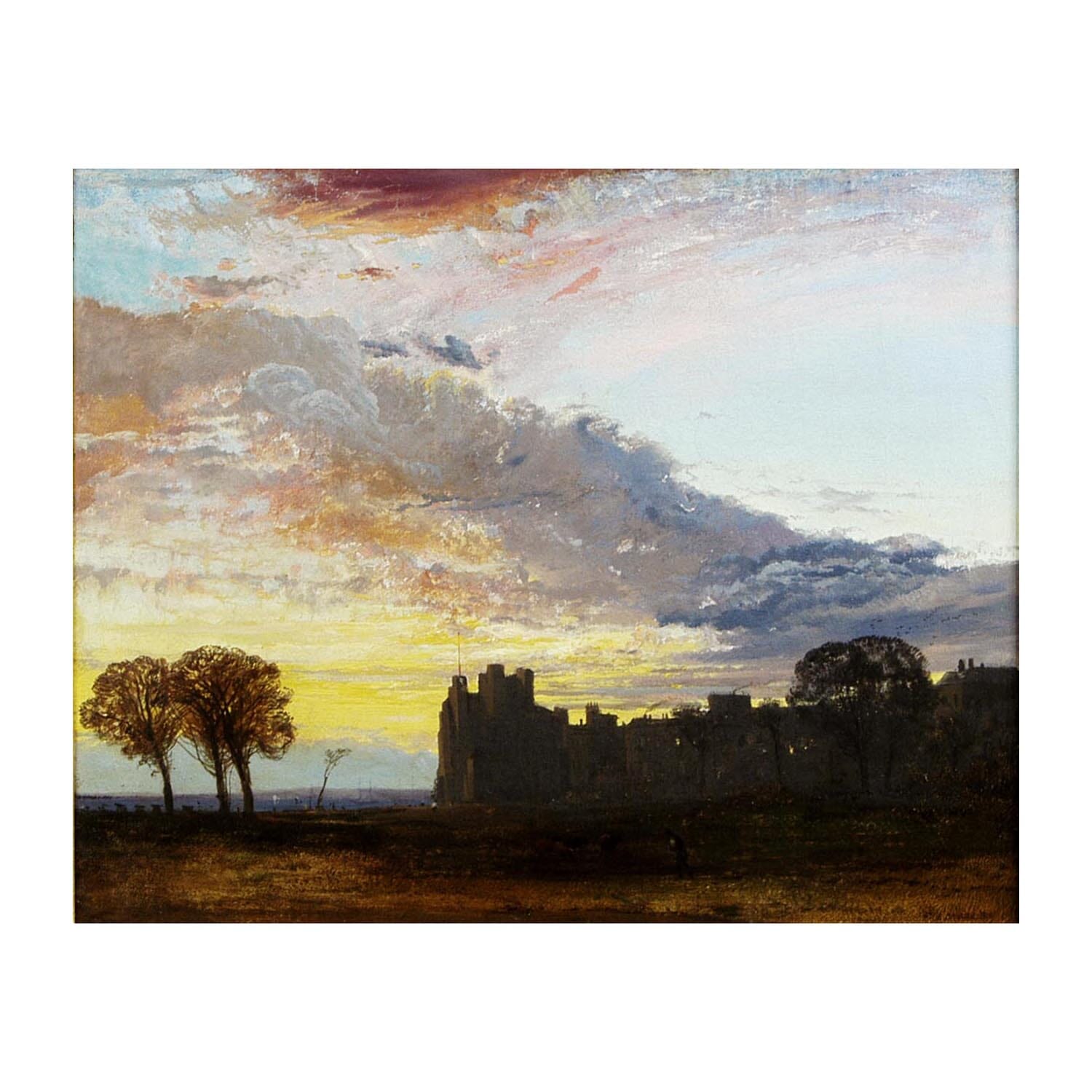 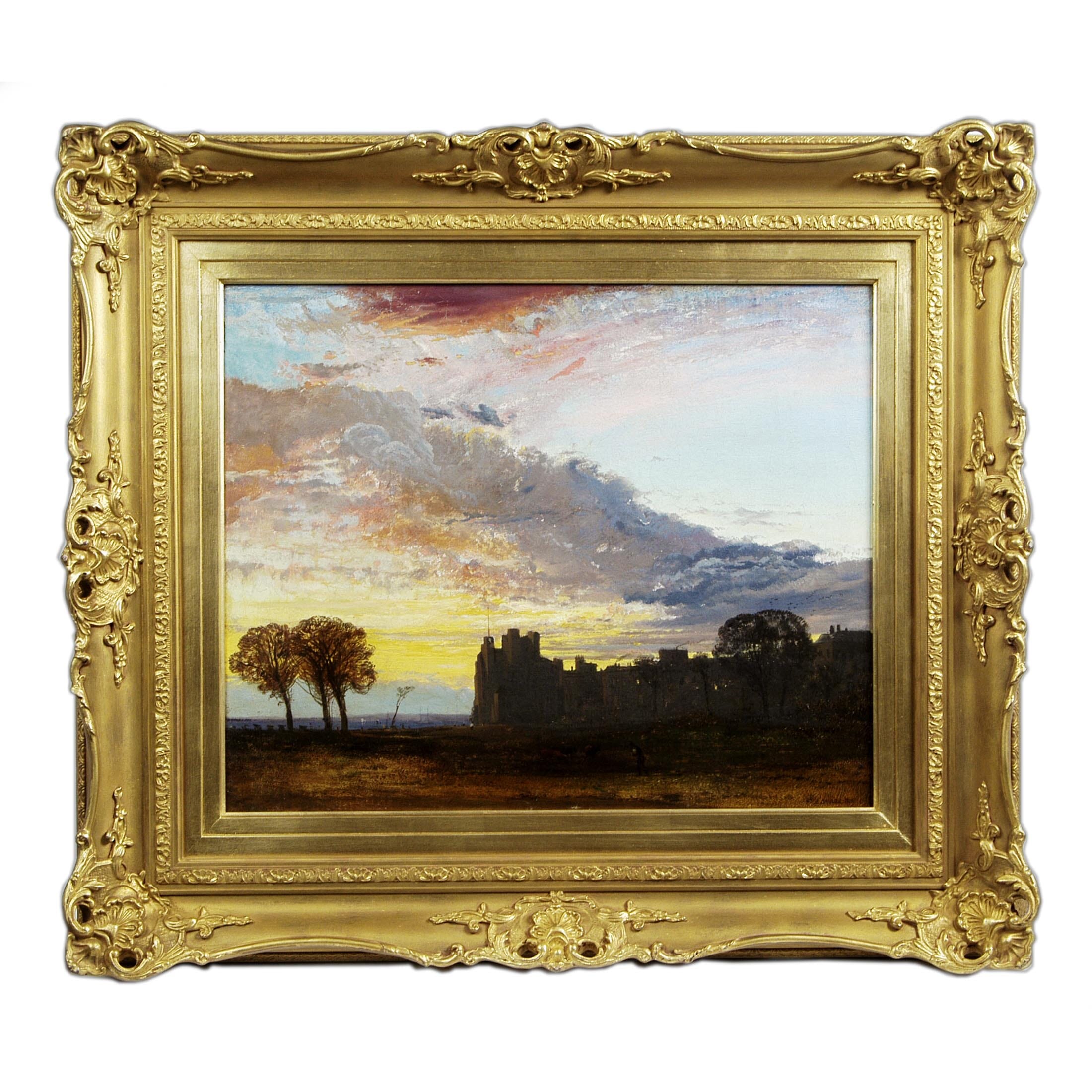 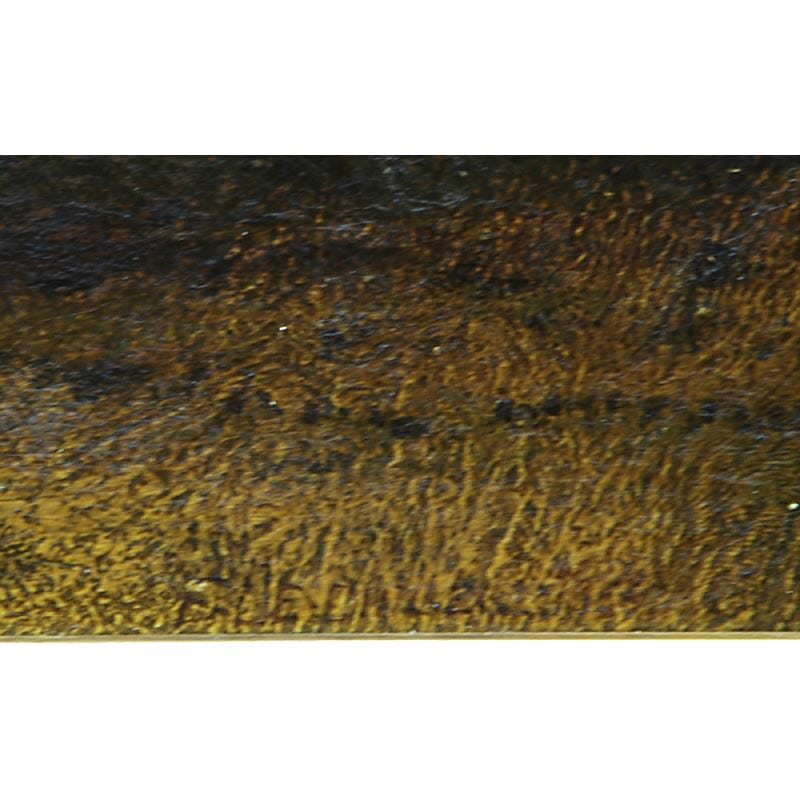 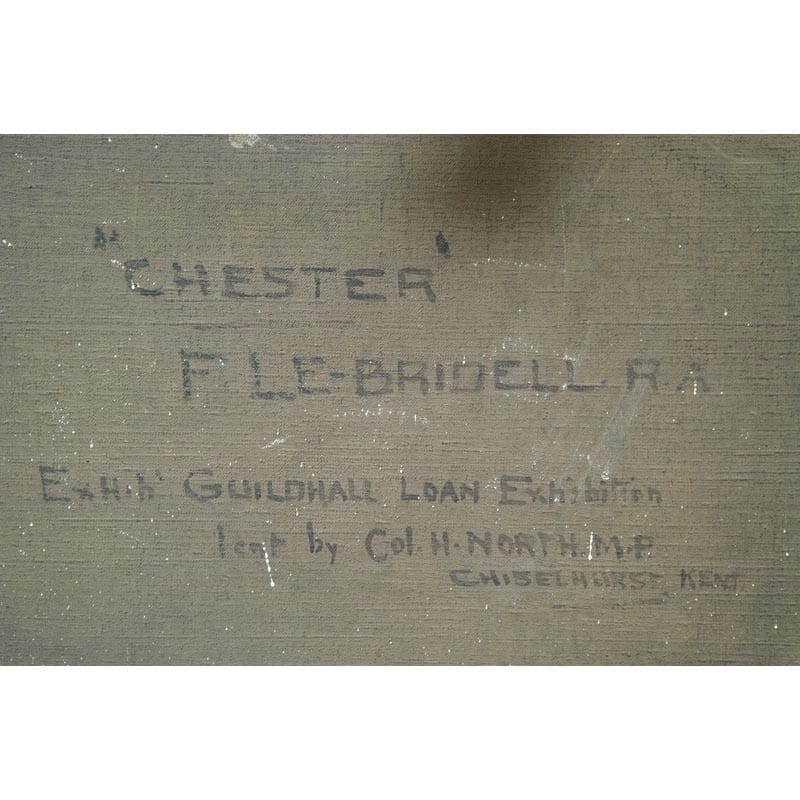 Description: 'Old Chester' is an evocative & tranquil sunset study of the walls of the city of Chester, it was painted by young artist Frederick Le-Bridell, (sometimes quoted in books as Lee Bridell) who was born in Southampton in 1832 and specialised in landscape painting.

Further Information: Frederick became an apprentice to an art dealer who paid him to travel around Europe painting pictures to sell. His subject matter was mainly of continental views, especially Italy. However after visiting Italy Bridell returned to England to work and settled in Maidenhead. He exhibited at the Royal Academy between 1851-62, also at the British Institution and the Royal Society of British Artists. "Old Chester" was most likely painted during this time whilst he was exhibiting in England. He later returned to Rome where he married Eliza Florence Fox, also a painter. Bridell's execution of sunset skies was commented on at the time as "second only to Turner". Frederick suffered from poor health and died of consumption at the age of thirty two, cutting short a promising career. His last and best-known picture, The Coliseum by Moonlight was exhibited at the International Exhibition in 1862 and is a romantic work. "Old Chester" was exhibited in the Guild Hall, London shortly after it was painted, lent to the exhibition by its then owner, Col, H North, MP or Chislehurst, Kent.

Condition: Excellent. The painting has been cleaned and fitted in a new English made swept metal leafed frame.

Provenance: From a private house in Tyneside